Matt Roach gets down and dirty

Is it normal for baby poo to look like Dijon mustard? What should you do if your baby's diaper resembles an oil spill? Why is your baby's bottom going off like Crack-atoa? 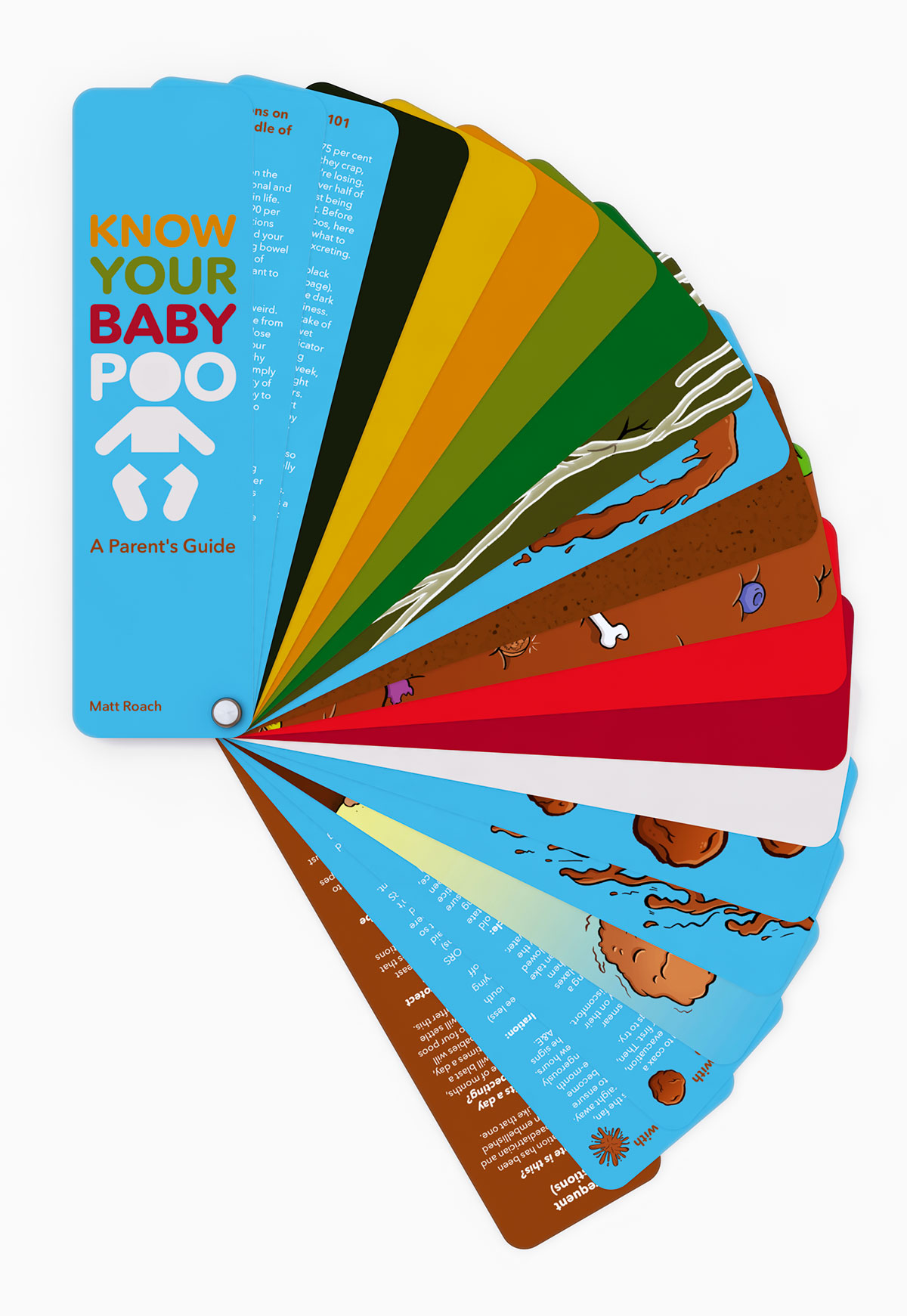 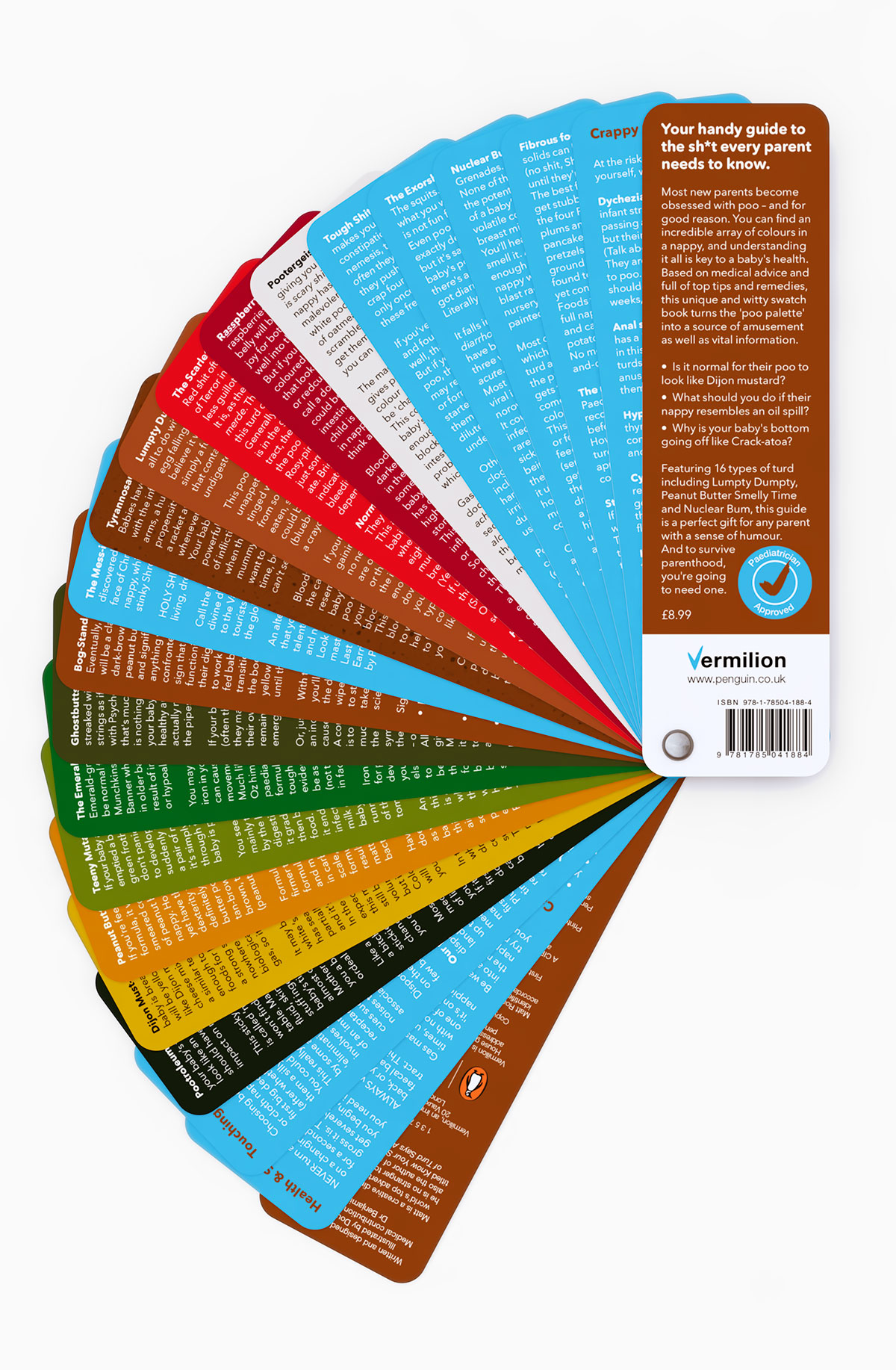 A copywriter by trade, Roach came up with the idea when his longtime art director partner, David Lawrie, became a dad.

"I'd heard that all new parents become obsessed with their baby's poo, as it's such an important health indicator. And for the first few months, all babies can do is feed, cry and crap themselves," Roach tells Muse.

"I thought it would be fun to make a guide that was as easy to refer to as a color swatch and which dispensed medical info in a funny way; each poo type has a silly name such as Pootroleum or The Exorshits, with a description to match."

Lawrie and his wife found Know Your Baby Poo both useful and hilarious, and urged Roach to shop it to publishers. After getting several offers, Roach struck a deal with Vermilion at Penguin Random House.

The editor at Penguin, Sam Jackson, even commissioned Roach to create a guide for adults, too. That one is called Know Your Sh*t: What Every Type of Turd Says About Your Health. 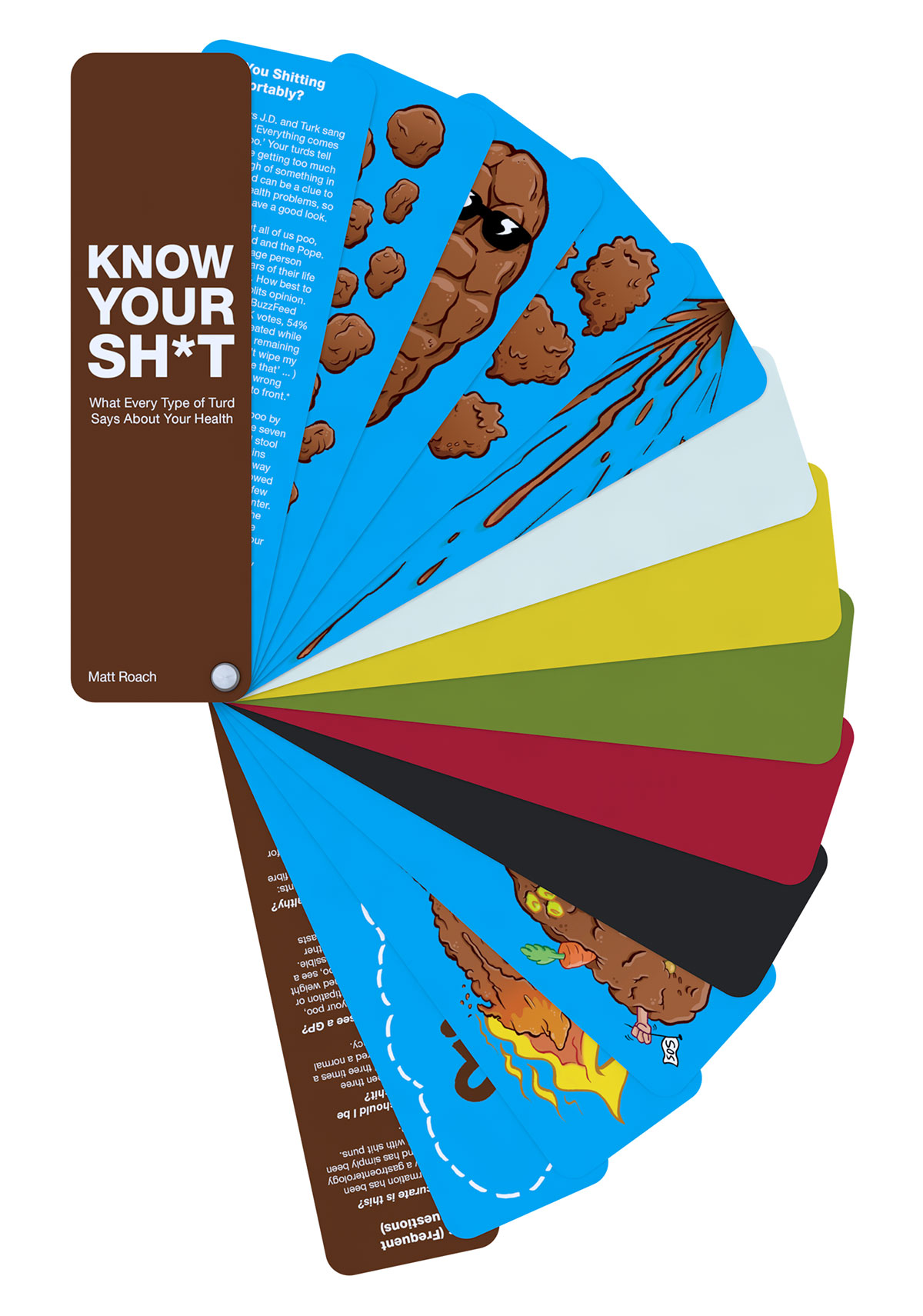 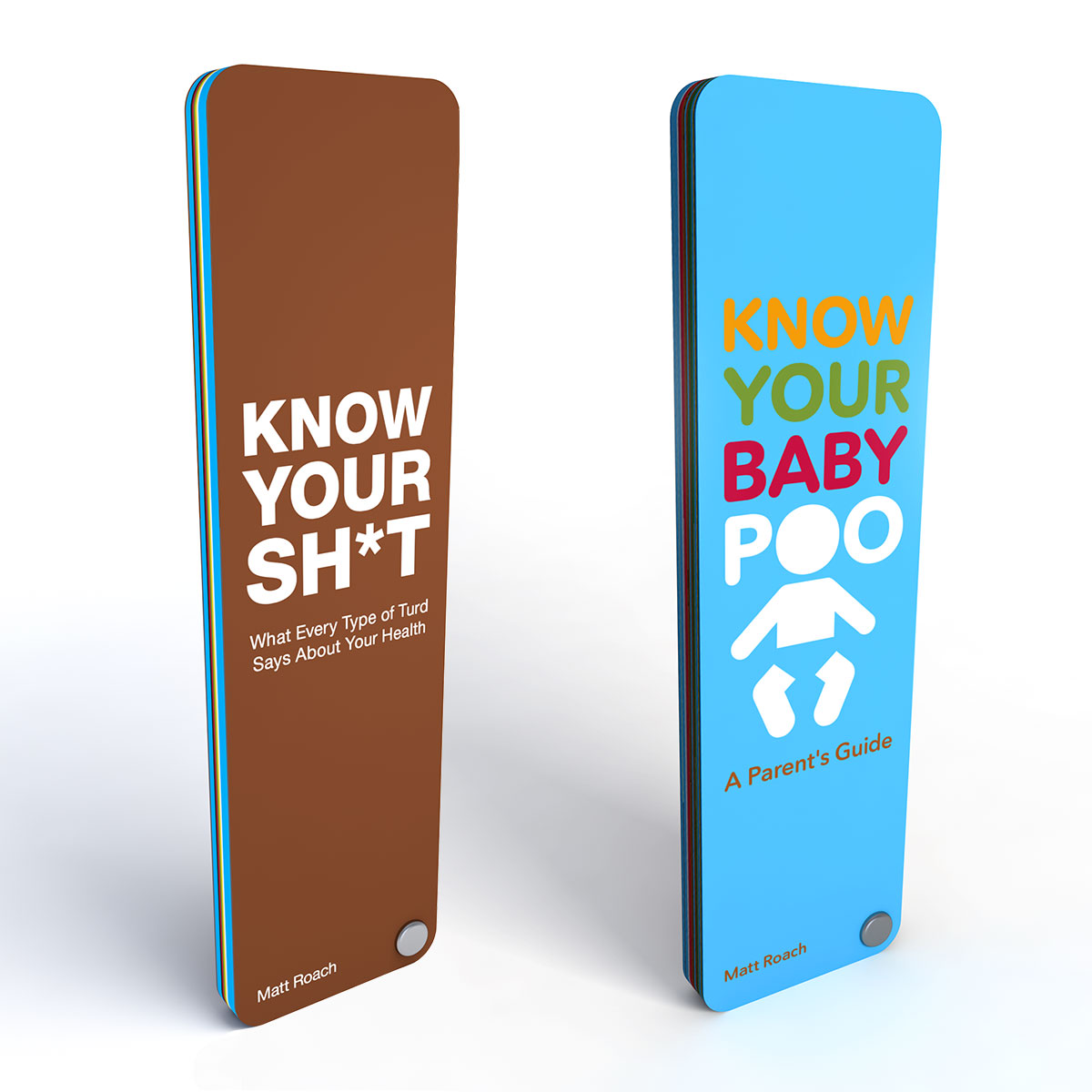 Both color wheels were illustrated by Douggy Pledger, who was a designer at Anomaly at the time.

As a side note, you may remember Roach and Lawrie from an amusing video they did back in 2014, when they worked at M&C Saatchi in London. As you can see below, they miraculously secured glowing endorsements from a raft of celebrities, from Gwyneth Paltrow to George Clooney.