When Cooper Evoy, a copywriter and associate creative director who worked most recently at Cossette in Toronto, told his fellow Canadians he was moving to New York City without a job, the first question most everyone from the land of publicly funded healthcare asked him was, "What are you going to do about health insurance?"

Evoy, a dual citizen of Canada and the U.S., joked that he would encase himself in bubble wrap until he got hired.

And that's actually what he did—at least, judging by the video below, "Bubble Boy Crosses the Border," cleverly promoting his arrival in NYC and his intention to land a job in advertising … with health insurance, of course.

"As a creative, I pride myself on always going beyond the simple ask, so I thought this would be a fun way to demonstrate my dedication and willingness to do that," Evoy says. "It's such a hyper-competitive job market in New York, and you're up against so many incredibly talented people. I knew I needed to go the extra mile to stand out."

The video, which depicts Evoy ambling around Manhattan clad in a suit of bubble wrap to protect his uninsured self from harm, was directed and edited by Jon Weiman, half of the directing duo Jon + Torey (which also includes Torey Kohara).

"Cooper has been my best friend since third grade," Weiman explains. "Beyond our friendship, Cooper is an amazing creative thinker. We have the same sense of humor, and of course, I absolutely loved this, being a Canadian myself."

The pair flew from Toronto to New York last December to shoot the video in advance of Evoy's Feb. 1 move to the city. They hit Washington Square Park, Times Square and Central Park in one day.

"We had a script with a bunch of vignette ideas that constantly evolved throughout the prep process," Weiman says, adding that the scene in the narrow hallway was a last-minute addition. "Cooper had a really funny idea to drop his keys and try to pick them up. That led to some great physical comedy."

Unfortunately, Evoy actually injured himself when he faceplanted while skating in the Central Park's Wollman Rink—a moment captured in the finished video.

"We had scripted a shot of me falling on the ice at the Central Park rink, but the fall shown in the video wasn't planned," Evoy says. "I caught the toe pick of the skates, and because I wasn't planning for it, I didn't brace for the fall and my knee hit the ice. So much for the bubble wrap protecting me. The adrenaline of the shoot masked the pain, but the next day I could barely walk."

Evoy returned to Toronto for a few weeks after the shoot wrapped and was able to take advantage of Canadian healthcare. The doctor informed him he had a hairline fracture in one of his kneecaps.

"Luckily, he said it would heal on its own," Evoy says, "but there is a certain irony in this video causing my final free hospital visit." 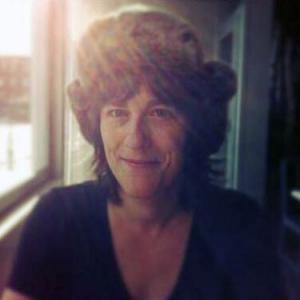