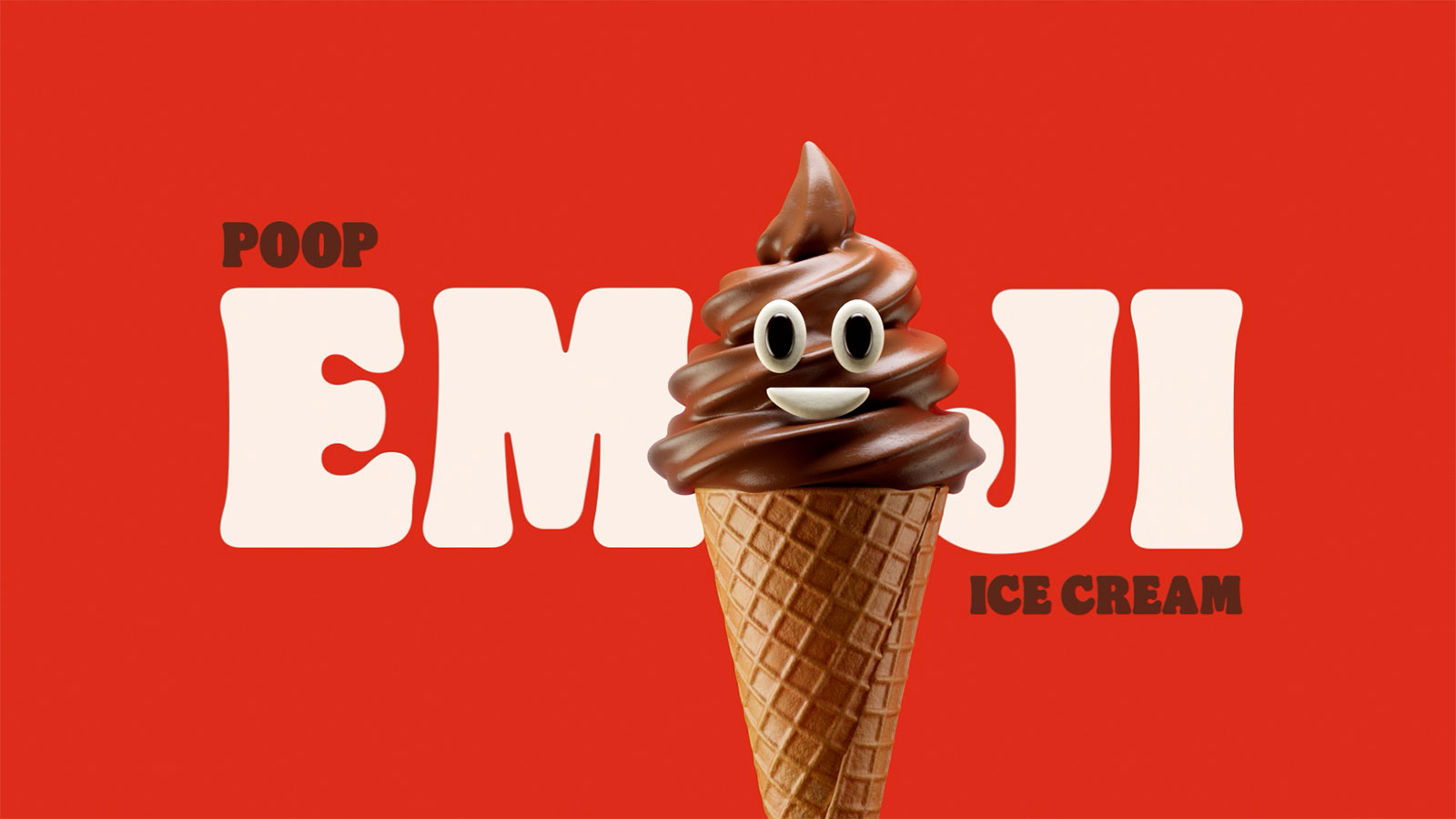 Come for the Moldy Whopper, stay for the poop emoji ice cream.

Burger King loves to entice consumers palates by first testing their gag reflexes. We all remember the "Moldy Whopper" campaign that put a spotlight on mold and Whopper's lack of artificial ingredients.

This time, the brand is celebrating its ice creams and desserts being devoid of artificial ingredients by turning chocolate ice cream into the frequently used poop emoji. But just because it looks like poop doesn't mean it tastes like it. Is this what people tell guests when they cut into a cake that too realistically looks like a baby?

A 50-second video explains that Burger King's ice cream used to be loaded with artificial colors and flavors, but no longer. Now, their sweet ice cream only looks like poop to remind you that it's free of artificial crap (uh, is that how this works?).

Muse spoke with Rogério Chaves and Fabrício Pretto, creative directors at David São Paulo, to find out why visually unappealing food is so engaging, achieving a rich color without fake ingredients, and the length of this project from conception to completion.

Muse: First the Moldy Whopper, now poop emoji ice cream. How did you come up with this idea?

We needed a powerful and unique symbol to represent Burger King's big dessert menu transformation. Something capable of differentiating our ice cream from our competitors' ice cream. The ice cream offerings are pretty much the same on the outside, but very different on the inside. As a visual icon, the poop emoji is sweet but weird at the same time—exactly as we needed.

How did you get the rich chocolate coloring without artificial ingredients?

This was part of an extensive and detailed product development from the BK team. We can say that the new product uses cocoa and doce de leite (dulche de leche) as natural coloring. One of the main challenges was to get to a more natural version of our ice cream, without compromising on taste.

Why is it only available via ice cream truck?

The whole process to get to the final product requires a lot of craft, as you can see from its eyes and mouth. And it was not possible to get to perfect results inside a regular store, which, as you may imagine, has its own dynamics.

How long will the poop emoji ice cream be available?

It was initially planned to be a limited edition. But with its success and level of engagement, Burger King is starting conversations to add it to its regular menu. Fingers crossed here.

In press materials, you mentioned that food producers are still adding artificial ingredients to their food. Are you discreetly calling out McDonald's here?

Well, not exactly. We just wanted to point out that BK seems to be going in the opposite direction than the industry as a whole, which includes many of our competitors. ;)

Is there anything else I should know about the campaign?

It took more than two years between the first meeting to present the idea to the launch. It took years—number two—to get the poop emoji ice cream down the pipeline. Was this kismet? 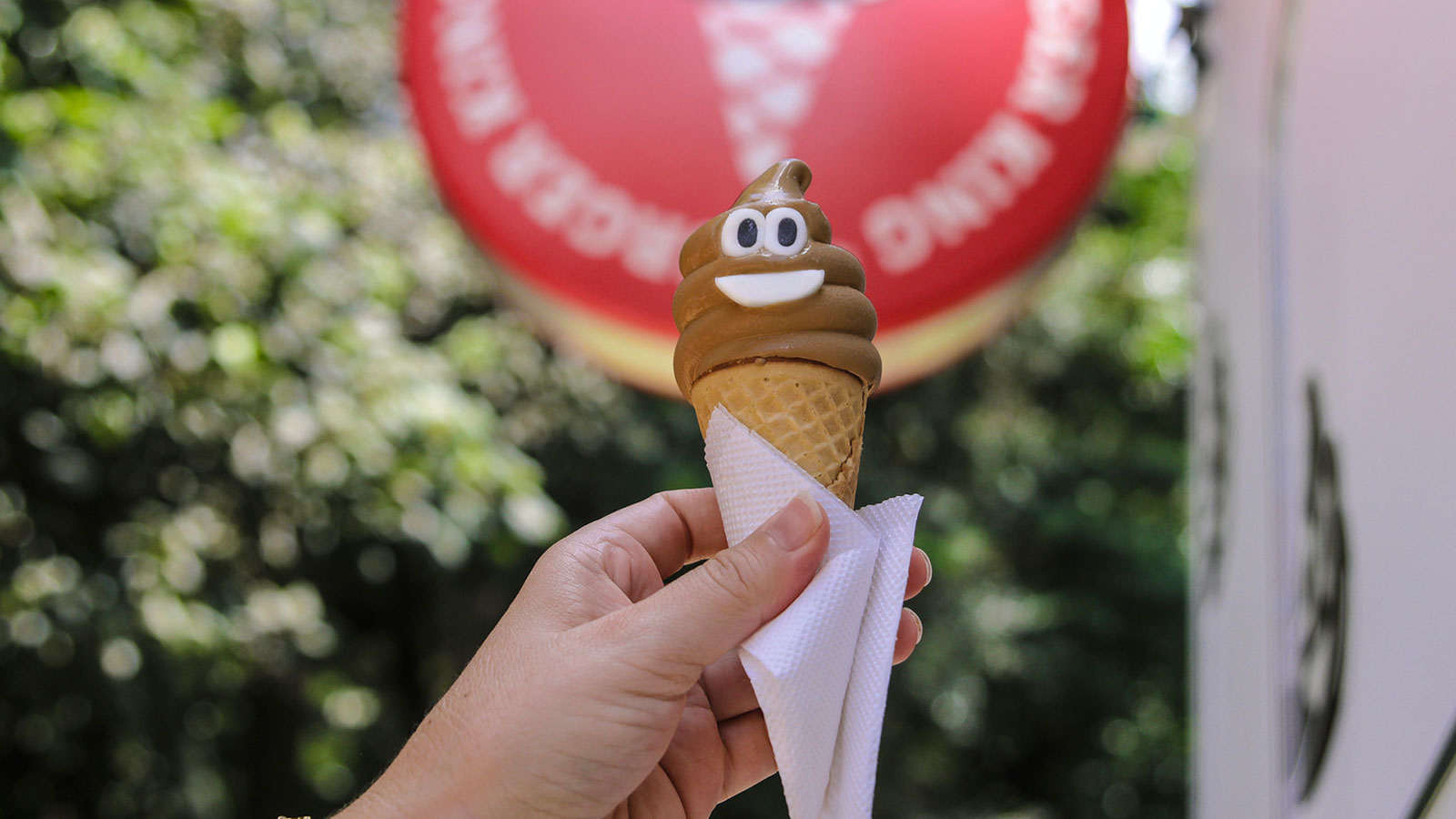 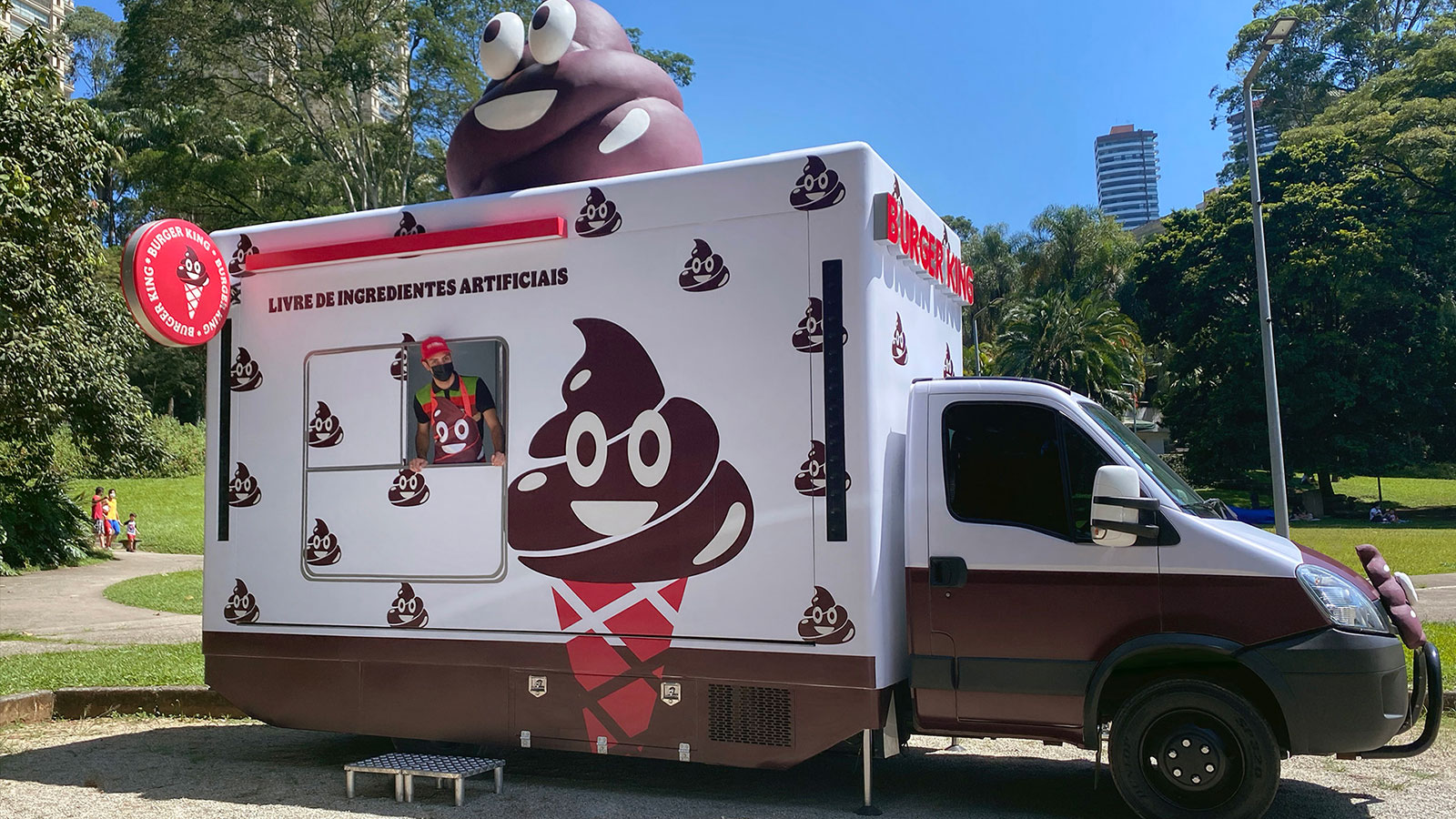