How to maximize sustainability and increase profits

This project from Accenture Interactive's Rothco might just rank as the most impressive grassroots campaign of all time.

That's because the agency used actual grass roots as the medium to create a book designed to help farmers in Ireland increase sustainability and profits while cutting the nation's carbon emissions.

Some books grow on you. This one was grown.

Rothco harvested the earthy volume on behalf of Allied Irish Bank and Teagasc (the Republic of Ireland's agriculture and food development authority) as part of a long-term effort to boost grass utilization on livestock farms, many of which do business with AIB. 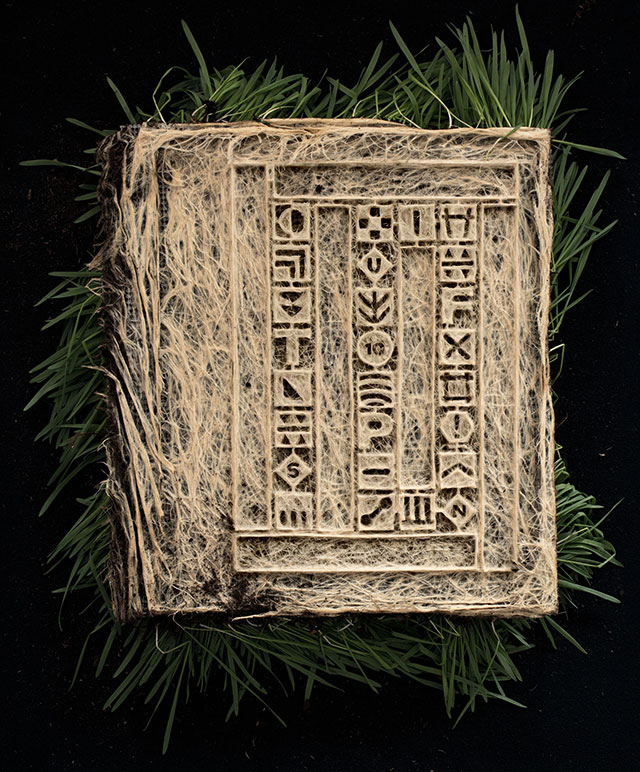 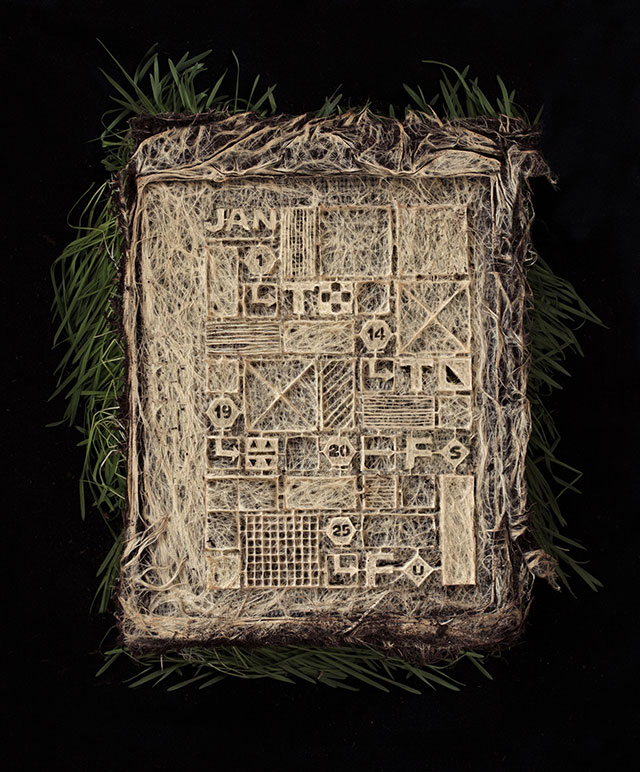 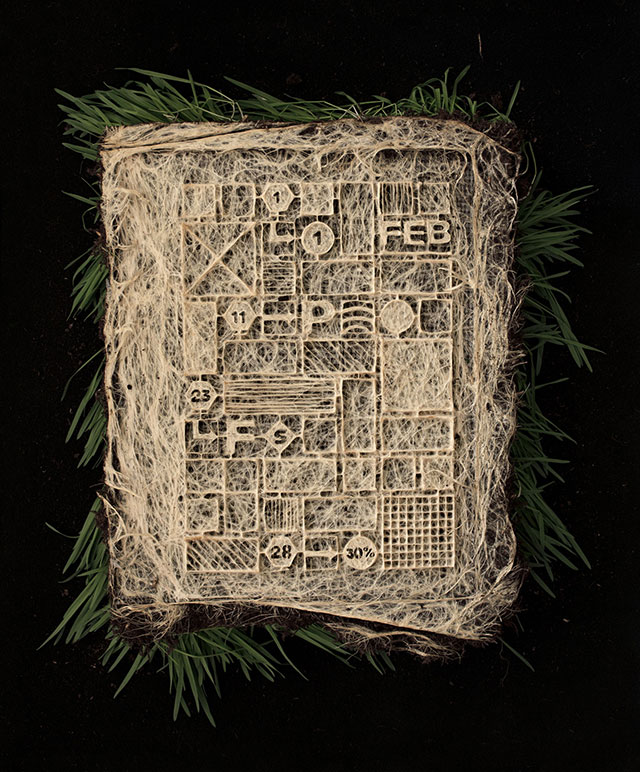 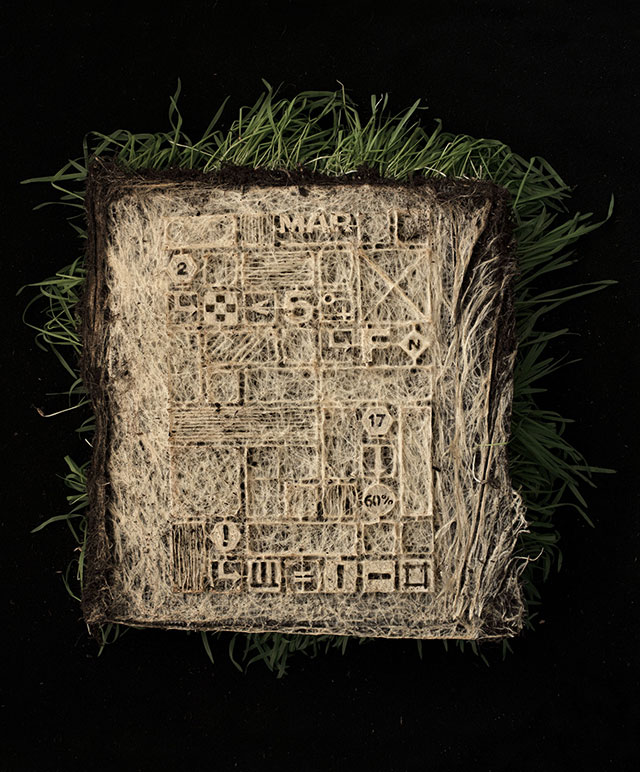 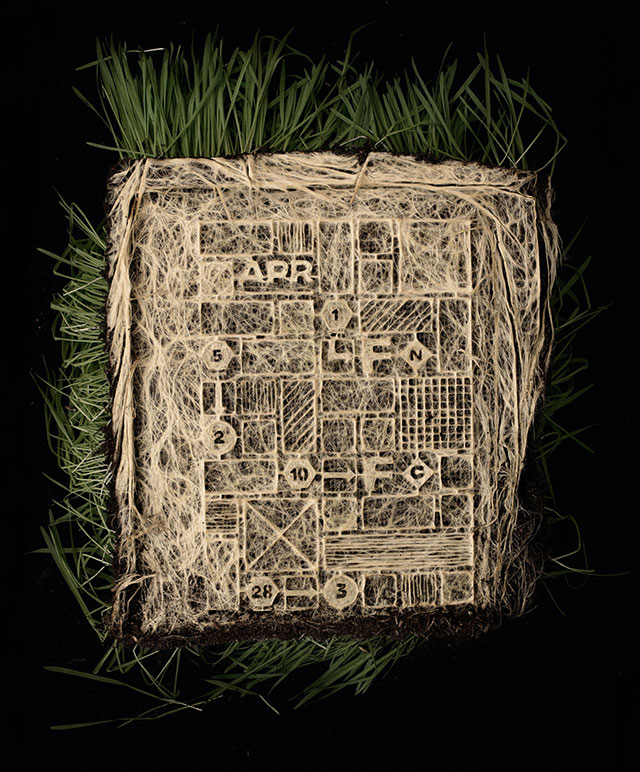 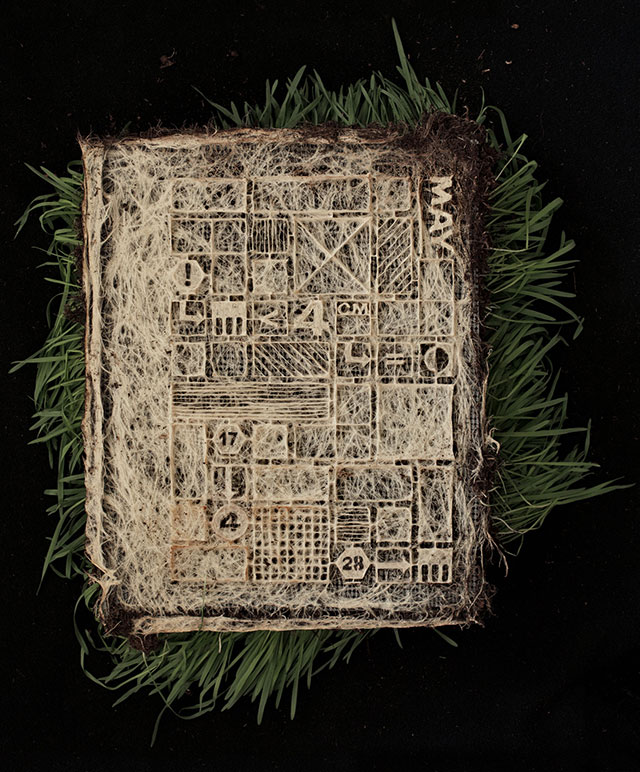 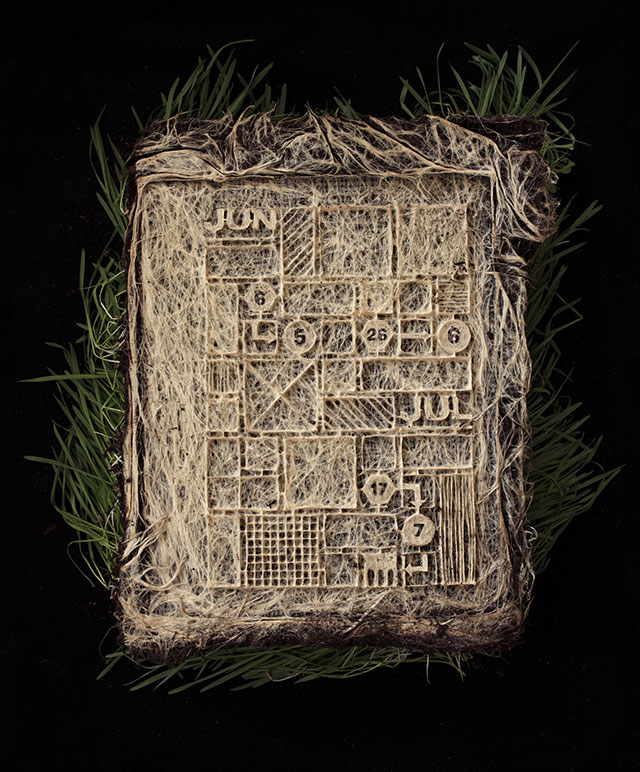 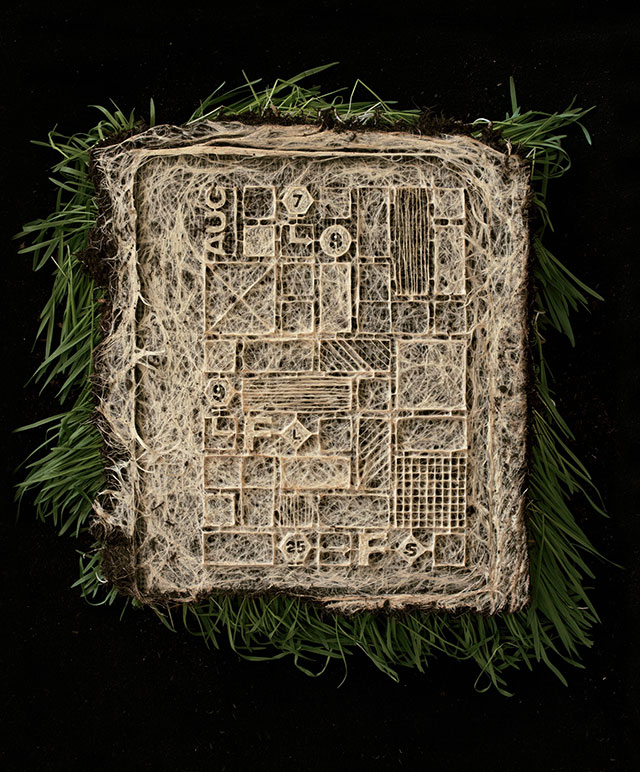 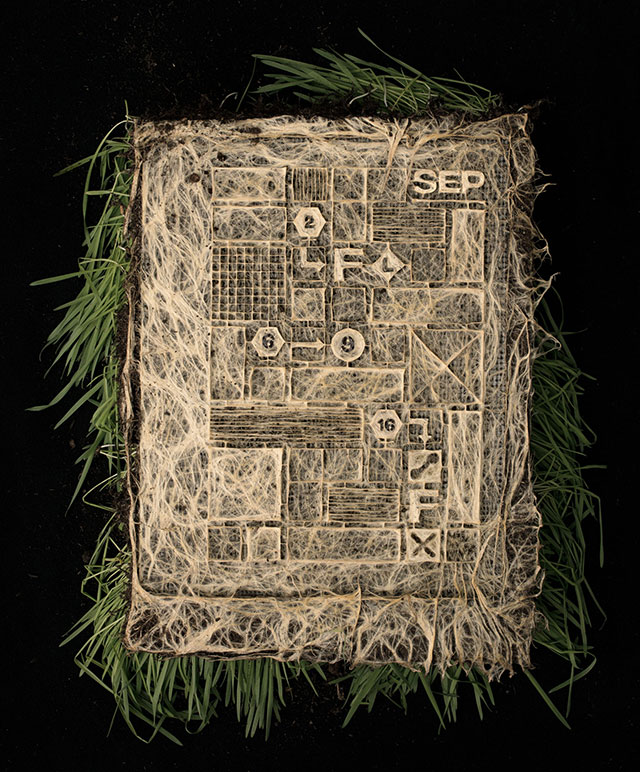 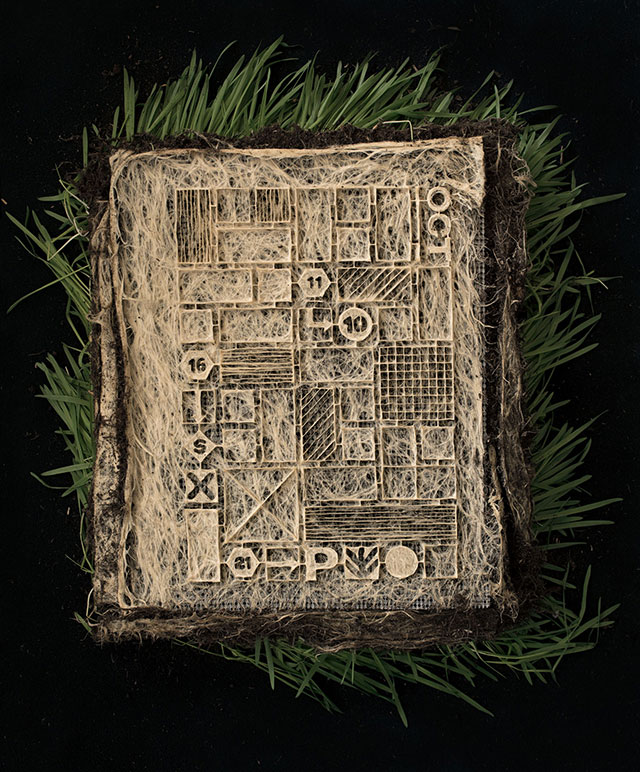 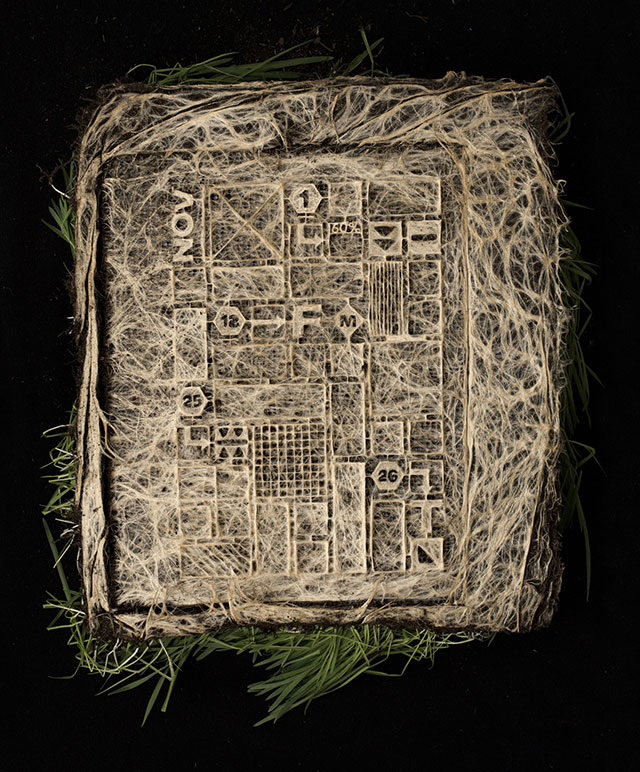 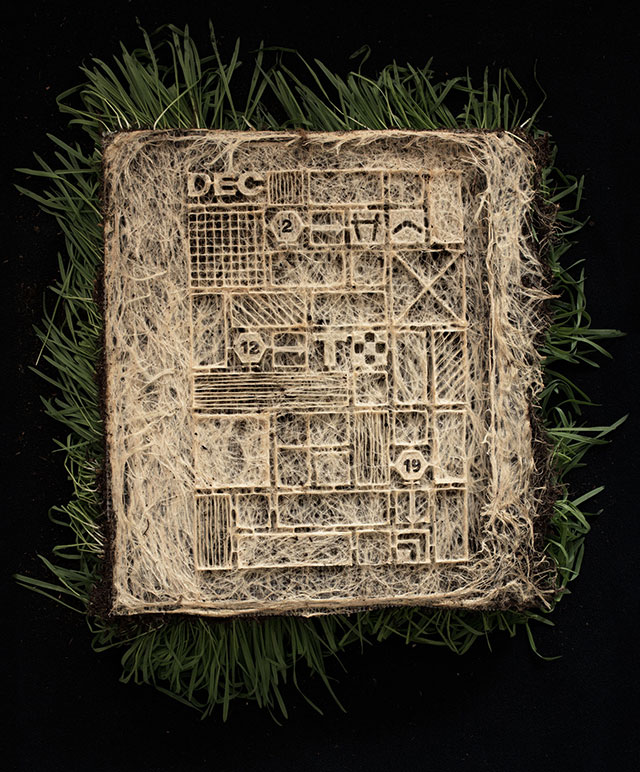 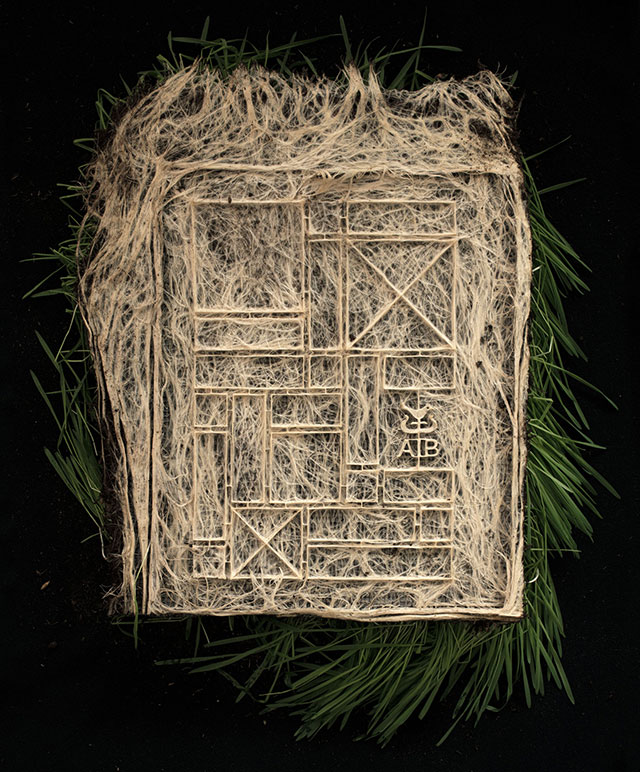 The book contains advice and diagrams shaped by bespoke planters that manipulated the roots to form identifiable words and symbols. It contains 10 tangible lessons and 10 pieces of practical advice for farmers to maximize sustainability and increase profitability. These 10 steps enable farmers to achieve a "perfect" 10 rotations of grass grazing per year, and produce 10 tons of grass per hectare‚ which will greatly improve the sustainability of even efficient farms.

In the project video below, we meet German artist Diana Scherer, who oversaw the growth phase during February and March. At one point, she admits asking herself if it was really possible to create a book using seeds, soil, water, sun and light. It's no spoiler to reveal that, ultimately, she's delighted at the living fusion of medium and message.

All elements of the book, including the ink and binding, were made from grass to demonstrate that, managed properly, it can become a powerful resource. Growing more grass helps farmers nurture their livestock without having to pay for supplementary feed. From an environmental standpoint, the turf sucks carbon out of the atmosphere more efficiently than trees.

Now, the book is going on tour of AIB-backed events such as the National Ploughing Championships.

In a poetic twist, it began dying once its roots left the soil. Luckily, its contents are also preserved in photos and videos on the bank's website.

Sure, marketers have extended their green thumbs before. Notable examples include Nvidia's lauded crop circle from 2014, along with more recent efforts such as this corn maze promoting Stranger Things.

Those were impressive stunts, but Rothco's book feels more intimate and vital, transcendently fusing form and function in a completely natural way.

Rothco copywriter Rob Maguire chatted with Muse about the project:

Muse: Where exactly did this idea come from? What was its genesis?

Rob Maguire: Like far too many countries, Ireland has been a bit slack in reaching its carbon reduction targets. We rely on buying carbon credits, rather than actually reducing emissions. It's become clear this year that emissions from livestock are a greater contributor than even emissions from cars, which is a crazy fact. We were on the lookout for a way to talk about sustainability in farming, when we came across Diana Scherer's work.

Diana has been making beautiful pieces of "organic textiles" to promote sustainable fashion. These textiles are made from grass roots, and incorporate different patterns. Those patterns got us thinking—if you can manipulate roots into a pattern, could you manipulate them into a word?

How many pages and words are we talking about?

There are 22 pages in the book, each with a protective interleave which is made from pulped-grass paper. There's a good balance of words and diagrams throughout, as the second half of the content is comprised of a grazing guide, through which farmers can directly implement steps to maximize sustainability. Pages in the first section could have anywhere from seven to 50 words, depending on the complexity of the steps.

The entire thing is presented in a grid system to mirror grass paddocks—the scene of the action—and the grazing guide pages utilize this grid fairly intensively. It's roughly the size of an A3 page [about 11 by 17 inches] and is pretty light. There's just one—we treat it like the Book of Kells, in that it's fairly precious!

How long will this be a fresh read, as it were? How long until it dies?

One of the most beautiful aspects of this project is that we're dealing with a completely organic item, and from the moment the pages were harvested, they began to die. Each page was photographed almost immediately, and now it's like a drying flower—it's becoming more taut, more contracted. We deliberately chose not to treat the pages with preservative because that felt against the spirit of the project. We wanted to maintain the integrity of the item—it's 100 percent grass.

Did you have any practical models to follow? Has this type of thing been done before?

Diana has developed this technique in her textile-making over several years, and she's the only one in the world who knows exactly how it's done. This project definitely pushed the process further than ever before, and there was a lot of exploration involved along the way. It's an interesting fusion of gardening and meticulous craft. The templates have to be created to very specific standards for the roots to accept them as part of their growing environment, and grow into the spaces that we want them to. It was crazy to be looking at layouts and discussing the likes of fonts and point sizes not from a printing point of view, but from a gardening one.

Were you astonished at the results?

We genuinely didn't know if it would work. Looking at the intricacies of Diana's textile designs, there was enough of a hint of possibility to embolden us, but this was pushing the scale and the level of detail way further than anything she'd done before. Plus, in a pattern you can allow for a margin of error, because it's nature, and the chaotic unpredictable element is beautiful—but when you're talking about words that need to be read and understood, the margin of error is a lot more unforgiving. Our fears were only put to rest the moment we lifted the first sod of grass and turned it over to see a genuinely legible book page underneath. No matter how many hours we stared at the pages, that reveal from the flipping over a sod of grass was always mind-blowing.

Why will this type of project work for the target audience?

Ireland has always been an agricultural country—grass is our greatest resource. It's what keeps us in any way at the races when it comes to achieving carbon neutrality. As a country we've committed to greenhouse gas neutrality in agriculture by 2050—which is a short time in the scheme of things, so every step we take toward that target is vital. We wanted to speak to the farmers of Ireland, the people on the front lines, and inspire them with the wonderful potential of what grass can do, while giving them genuine practical advice that could be implemented in their day-to-day lives. This book is both that lofty ideal and that hard-working promise. If the steps contained within these pages are implemented, farmers can become more efficient, more sustainable, and in doing so, more profitable.