This year, for the first time, Clio Entertainment added Live Entertainment as an entry type to the awards program—honoring the best in advertising for ticketed events in front of live audiences, including theater, performing arts, concerts and festivals.

At the Clio Entertainment Awards on Thursday night, a total of 24 Clios were given out to Live Entertainment—five golds, seven silvers and 12 bronzes. The jury decided not to award a Grand Clio in the medium this year.

See the five gold winners below.

The 13th Rome Film Festival was dedicated to noir films. For this spot, RAI shot a serie of sets catching the mood of the genre, recreating noir film scenes—all encapsulated in a long sequence. The promo looks like a continuous shot, a journey through iconic noir scenes ending in the cinema where the festival took place.

The Sound Inside, 'The Subtle Sound of Suspense'

The Broadway play The Sound Inside is a thriller with an open-ended final scene that leaves audiences guessing. AKA wanted to mirror that experience with a trailer that teases the show's story via subtle imagery and prominent sound design. The trailer's soundtrack is comprised entirely of noises made by the activities, props and settings depicted in the play.

Hong Kong Ballet was transforming under the leadership of a new artistic director. Design Army was approached to develop a brand campaign that would reach a new audience and change the perception that ballet was only for the elite. The agency's intent was to change the perception of ballet and open dance up to a new audience by showing the artistry and energy of dance in a modern context.

Anti-gay slurs might not be the first thing that would come to mind for a campaign about one of the most iconic LGBTQ plays ever written. But in this key art for the revival of Mart Crowley's "The Boys in the Band" on Broadway, hurtful words with a history of pain were proudly reclaimed and repurposed for a new generation. The photograph was shot by Robert Trachtenberg, an influential gay photographer with an incredible repertoire of meaningful work. 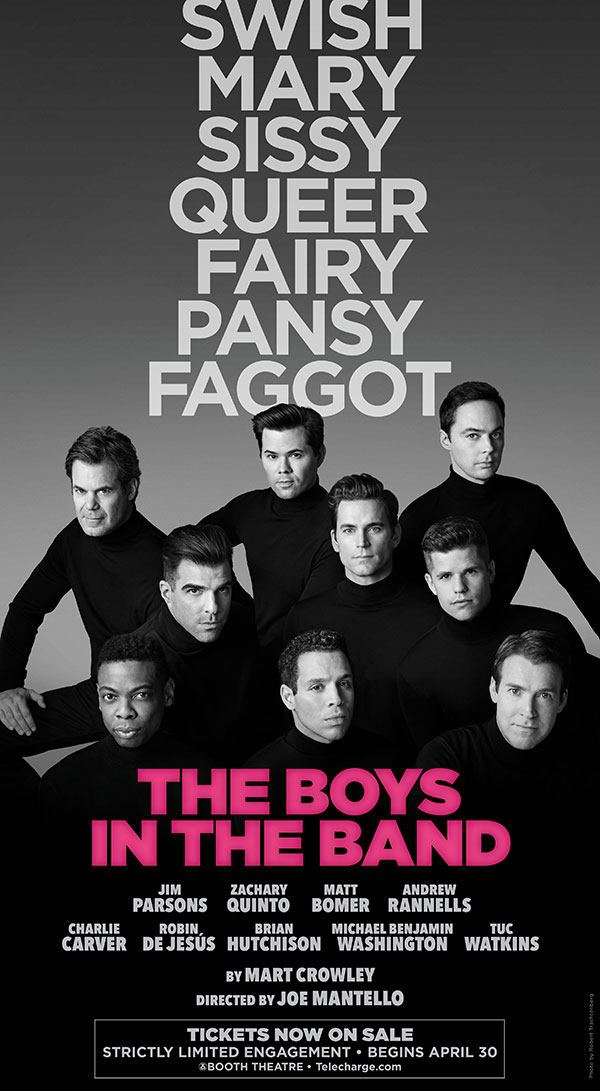