Hey, you won't fall asleep during this ballet, right?

Director Dean Alexander serves up a surreal mixture of styles and ideas, spanning social divides with a fresh, yet somewhat familiar take designed to satisfy a wide swath of viewers. Though highly stylized, the setting—an urban milieu ringed by high-rises recognizable to Western eyes from decades of Hong Kong action films—keeps things grounded.

"The art direction of the film in many ways grew out of the architecture," says Pum Lefebure, creative chief at Design Army, which choreographed the ballet company's vibrant rebranding last year. "It has a distinct characteristic and color with cotton-candy-like pastels bright against the sky. Out of this grew production design and even sound." 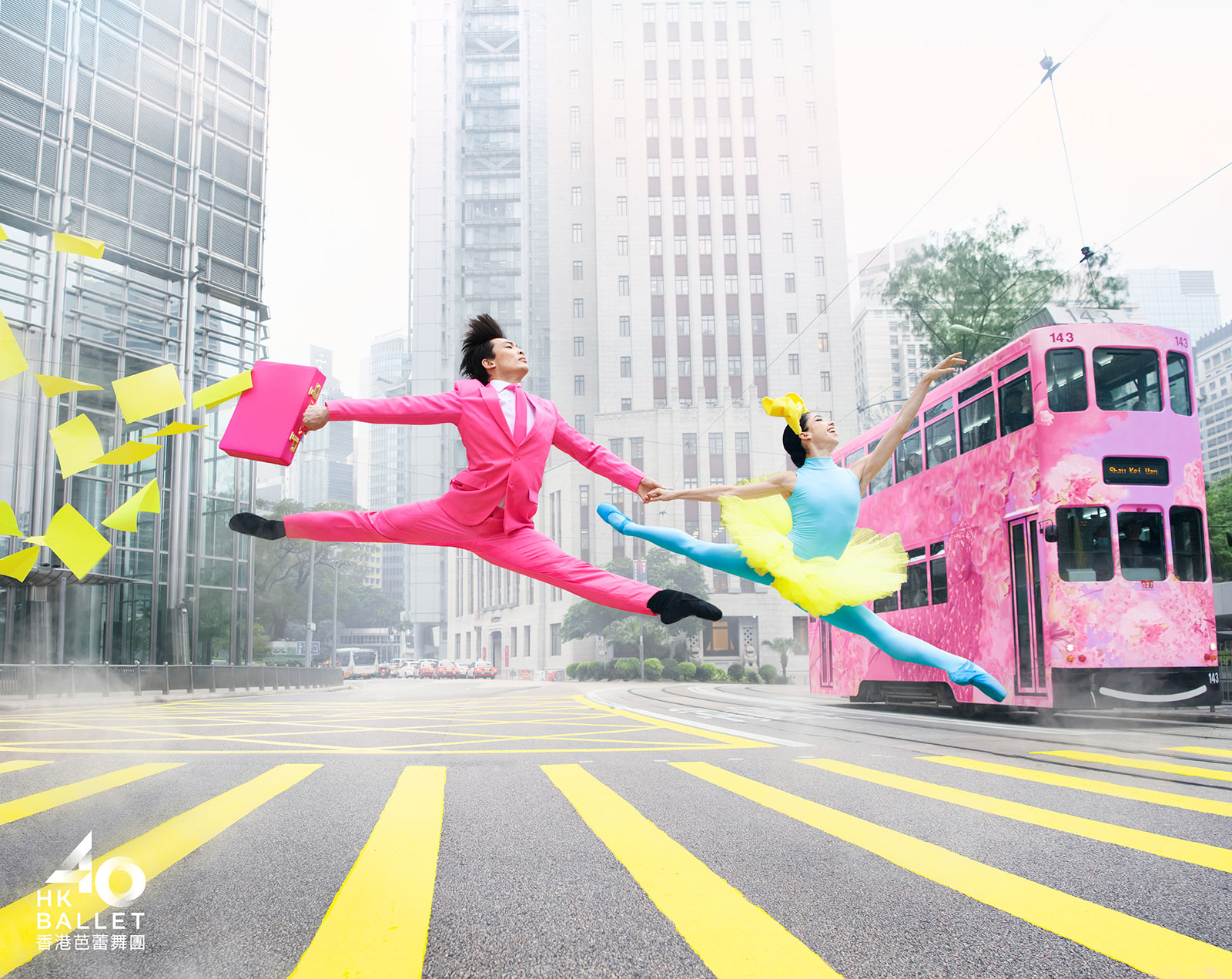 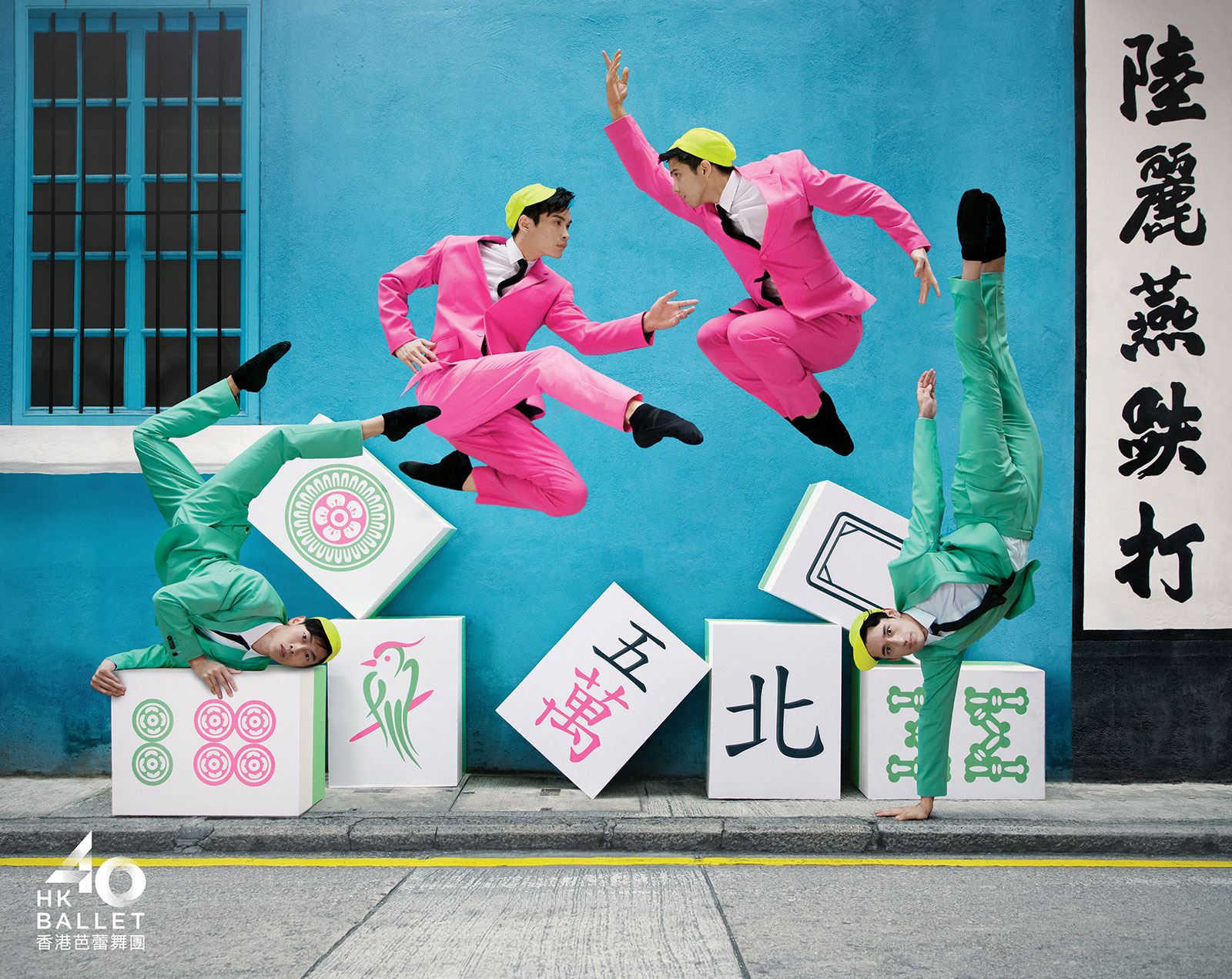 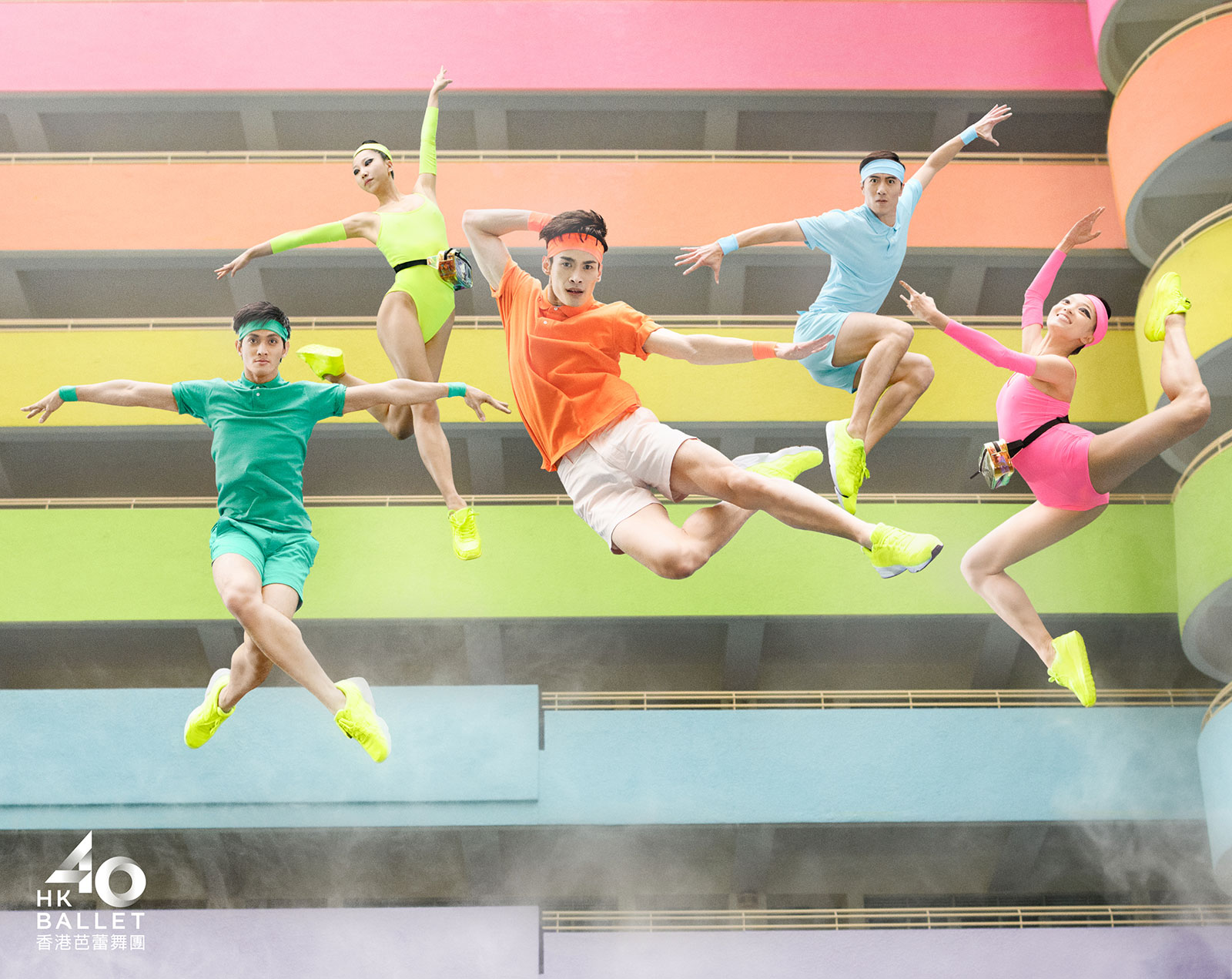 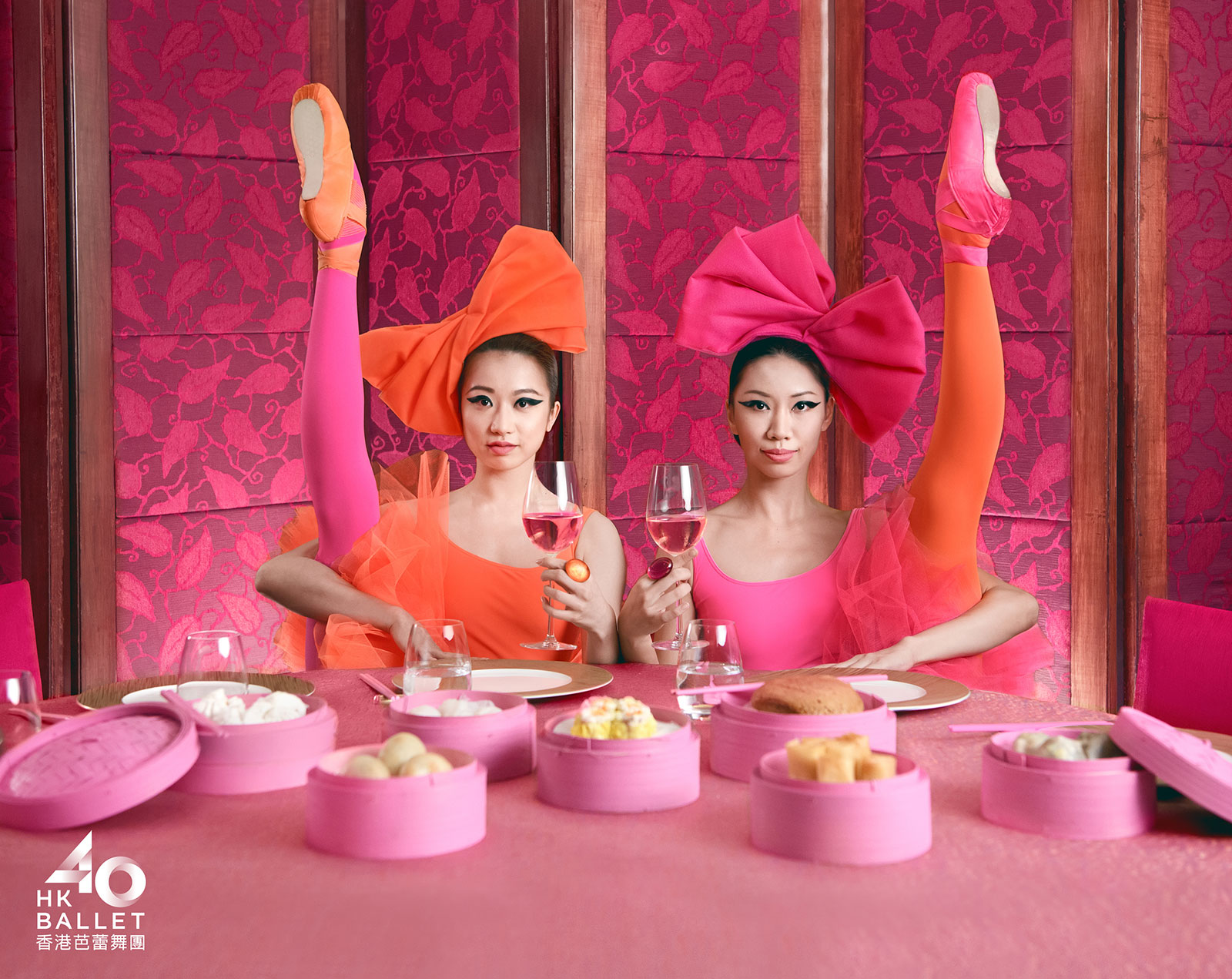 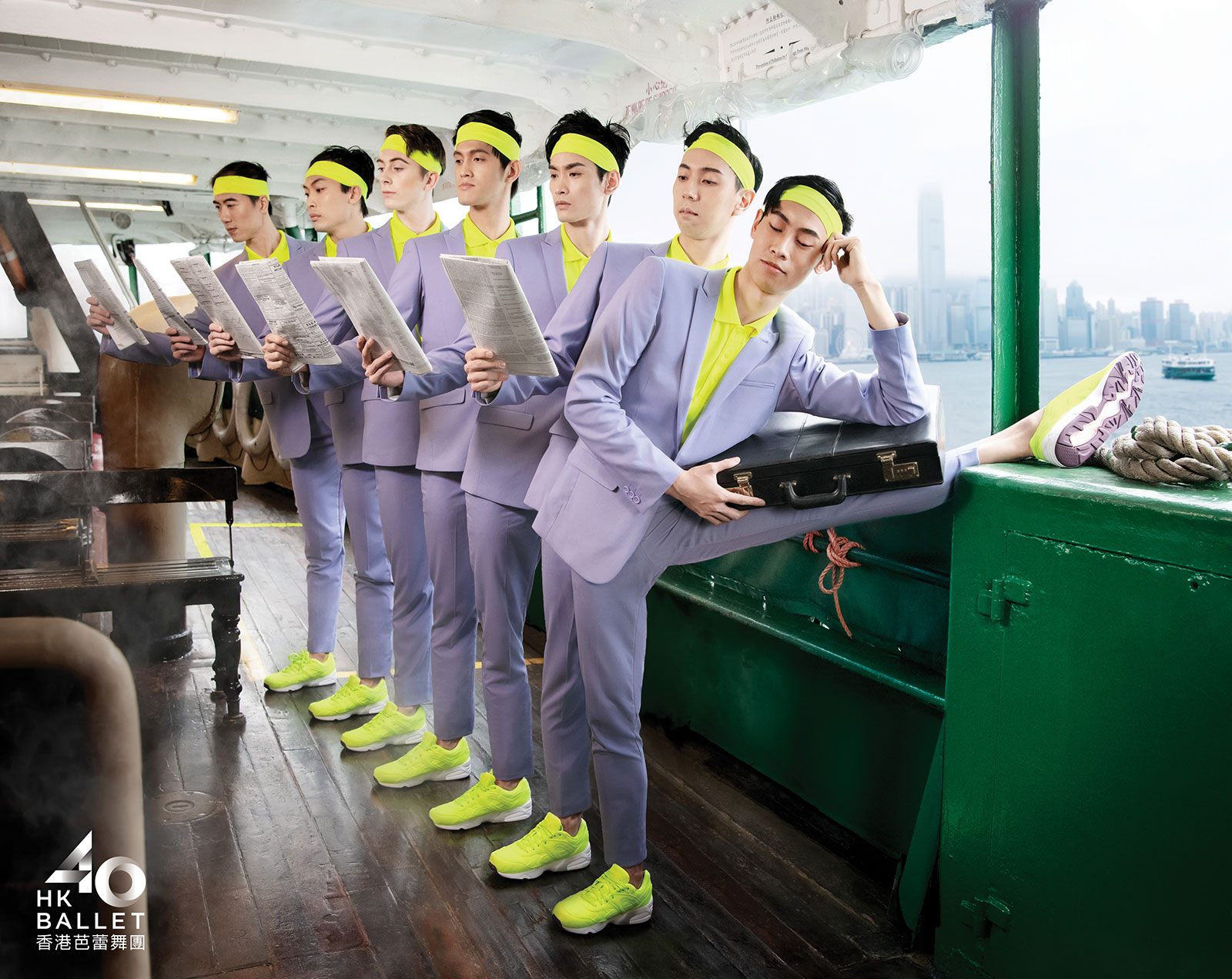 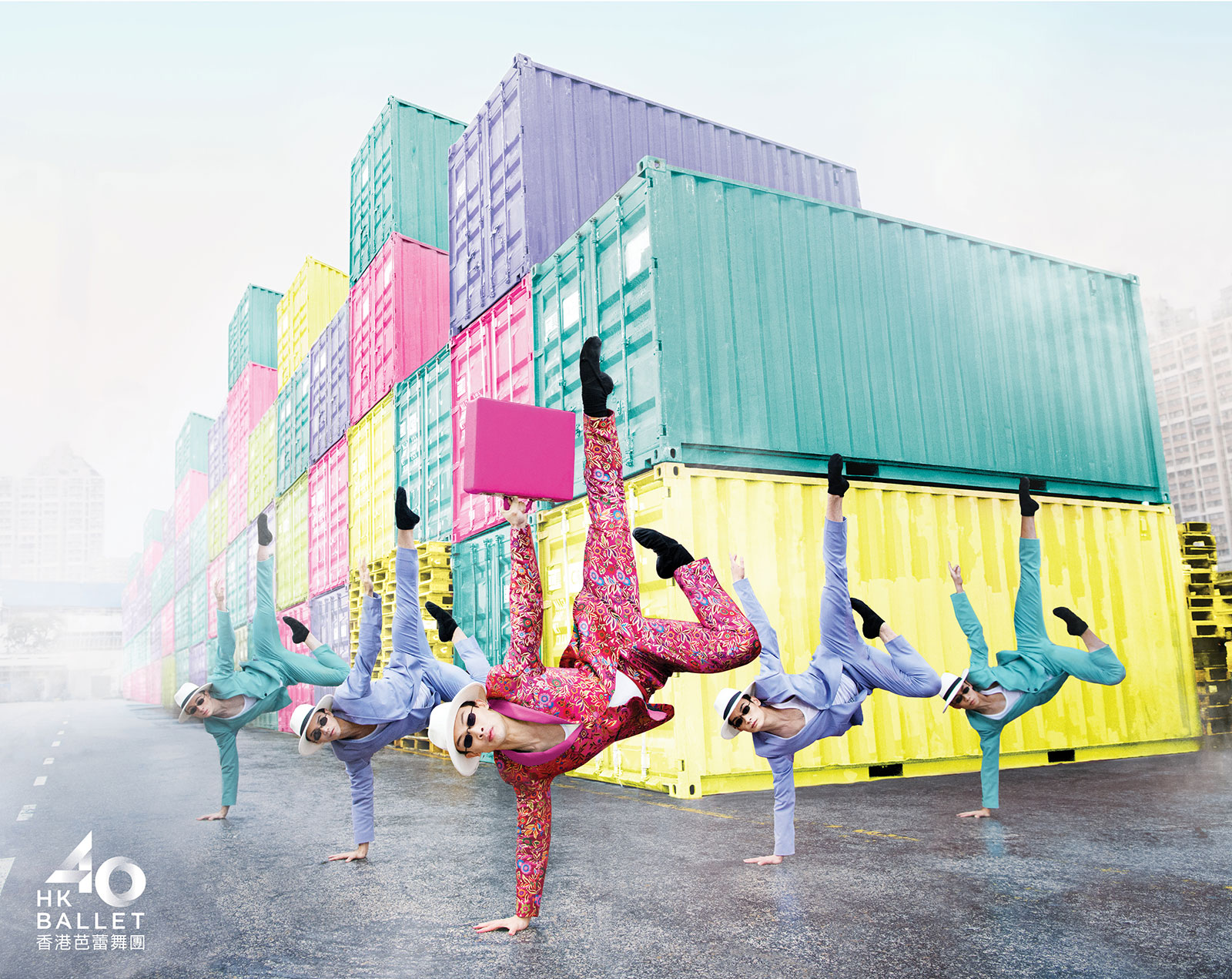 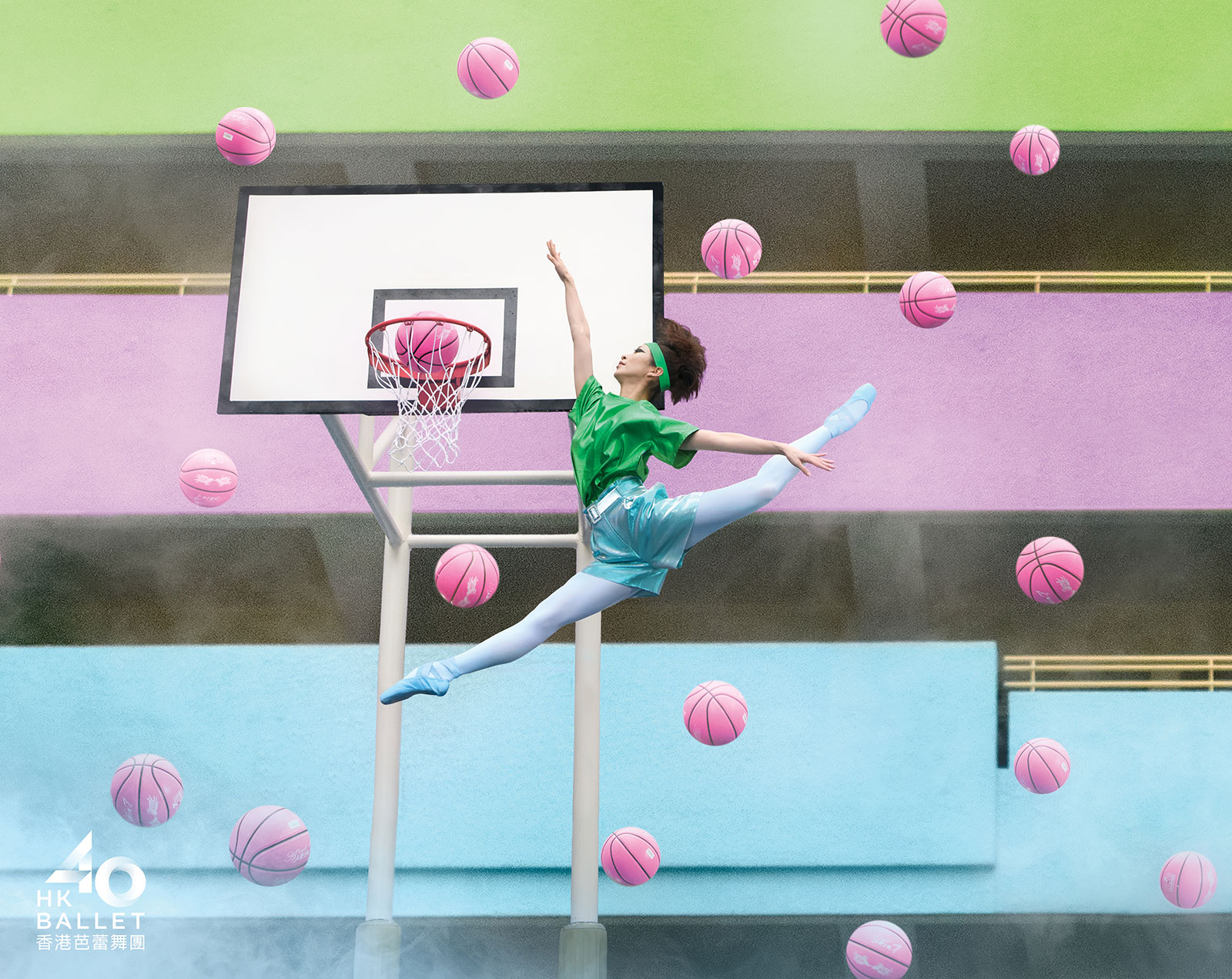 "My goal was to make ballet relevant to a modern audience," says Lefebure. "We did this by using cultural icons that a wide audience could understand. So, the idea of pop culture came into play, and those elements also needed to be iconic, to be global. So, we looked at things like basketball, emojis and fashion—specifically, the trend in athletic wear—sneakers, and mixed them with pieces that are uniquely Hong Kong such as the pink lion, dim sum, a banquet hall, the harbor, pastel architecture."

This appealing East-West fusion includes an clever take on Ravel's Bolero that was created for the film.

"We worked closely with Nylon Studios in Sydney to craft the music into three different chapters prior to choreographing," Lefebure says. "The first part is classic, the second part is contemporary hip-hop, the third is uniquely Hong Kong with a touch of Kung Fu. The idea is to communicate the different styles within ballet—it's not sleepy, and it's certainly not one dimensional."

"From the clothing, to the pink basketballs, to the dog's outfits—every single thing had to be coordinated," says Lefebure. "Design Army sketched every piece, and these sketches became our bible. We were juggling conversations with the choreographer, the director, stylists, music designers and prop stylists—and also in talks with the client on how to break through and do something bigger, to bring in humor, to push further in making this accessible. We are based in D.C., but were working on Hong Kong time, which is a 12-hour difference."

The video and photo shoots, while intricate, took place over just days.

"It was an extremely ambitious schedule under the best of circumstances," Lefebure recalls, and "the weather could not have been worse. The day of the shoot it was pouring rain, the kind of day that makes you want to cry. So, we cried, and pouted, took a deep breath, and moved forward."

At one point, "we had to film at a school during the weekend," she adds. "The male dancers literally carried the female dancers on set so that their shoes wouldn't get wet. Before and after each shot, everyone was wiping the street dry so that the dancers wouldn't get hurt. We couldn't build a tent big enough to cover 30 people. I killed five umbrellas that day!"

And then there was another unexpected snag.

"We thought the grandma swimming scene would be very straightforward," says Lefebure. "We did the fitting the afternoon before, and we realized that one of the grandmas could not synchronize with the other two grandmas. We had to find a replacement grandma for 4 a.m. who could participate in the swimming scene!"

Ultimately, the replacement gran came through like a champ. Weather conditions, while challenging, lend a moody veneer to the visuals. They deepen the sense of drama, as seemingly insouciant dancers invite us to share their experience in a place that pulses with mystery and life. 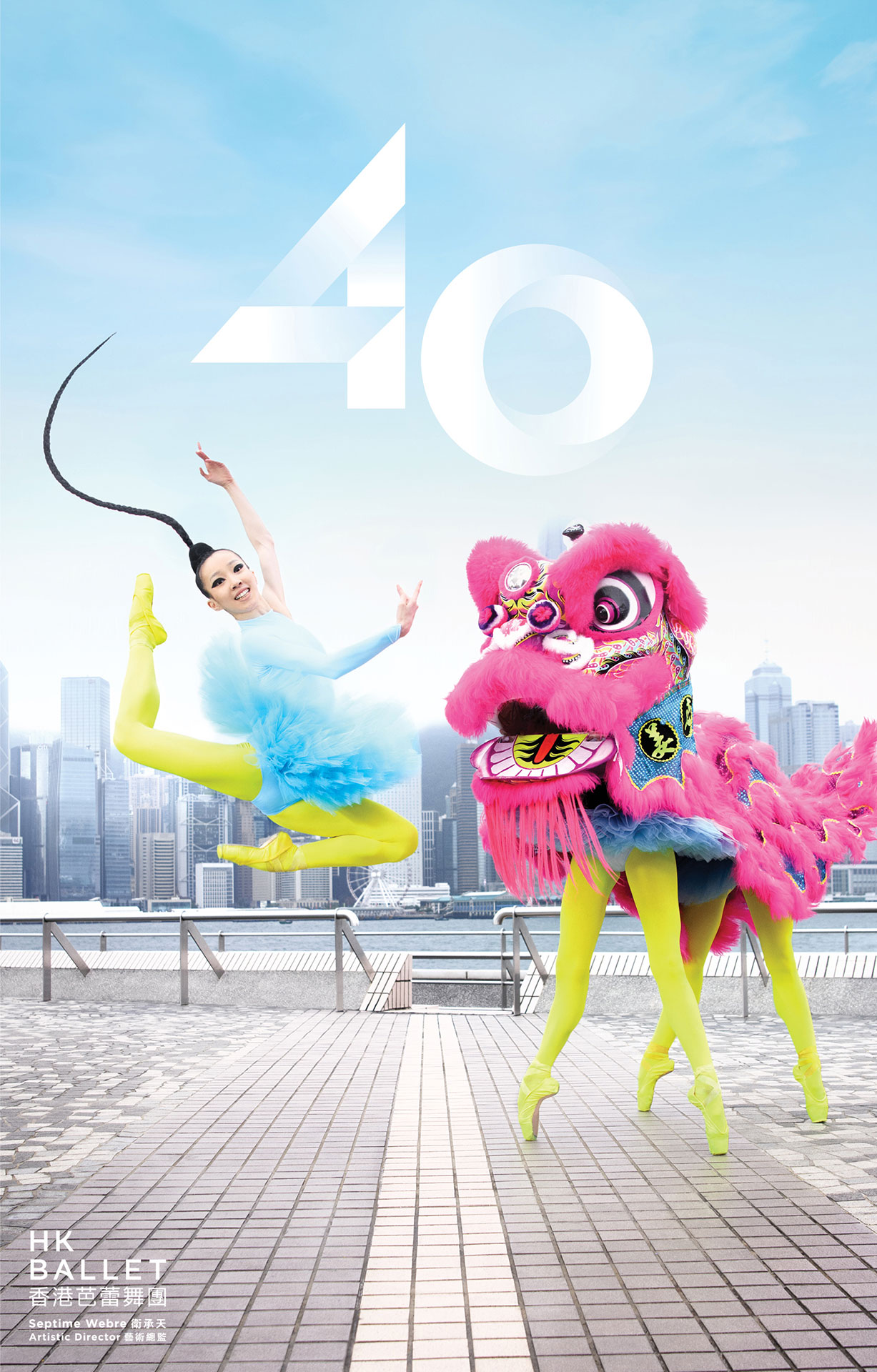