Vevo's Parul Chokshi on the High of Helping Artists Break Through

Plus, the emotional, ineffable power of music 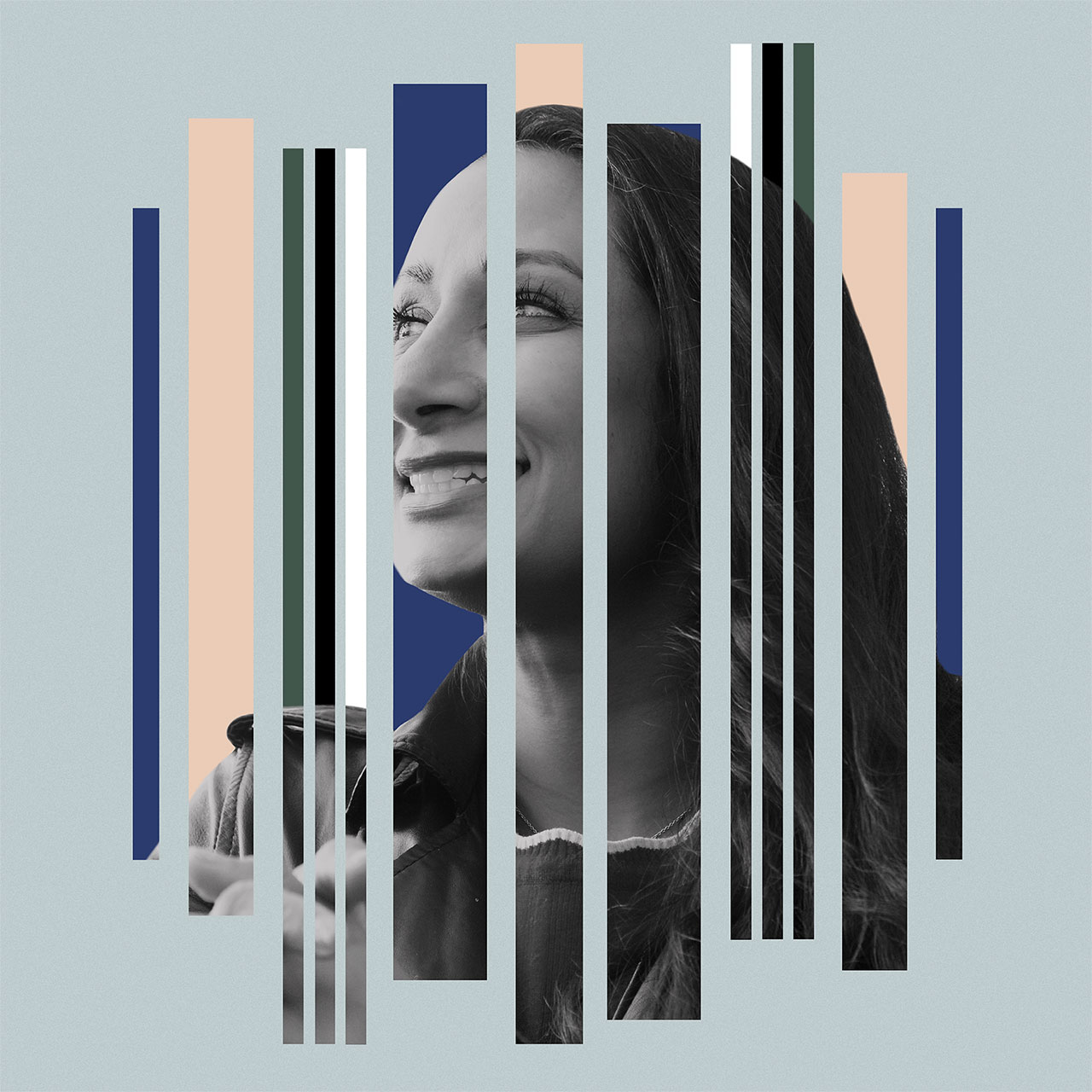 As senior director of talent booking at Vevo, Parul Chokshi manages the U.S. talent team, who are responsible for booking artists for Vevo's rigorous slate of original content, live productions and events.

As one of Vevo's first employees, she has been with the company since prior to launch in 2009 and has executed over 800 successful shoots. With 17 years of experience in the music business, she previously held roles in digital/brand marketing at Interscope Records and Sony Music licensing. She holds a BA from University of Maryland and a JD from University of San Diego law school.

We caught up with Parul for our Liner Notes series to learn more about her musical tastes and journey through the years, as well as recent work she's proud of and admired.

I grew up in a little town called Sykesville, Maryland, and I currently live in Greenwich, Connecticut.

My aunt Selena was a huge influence. She introduced me to Bruce Springsteen, the Go-Go's, Genesis, Cyndi Lauper, Elton John, Michael Jackson, Wham!, Whitney Houston, Billy Joel and many more icons. I remember sitting on the floor in front of her record player, giant headphones on my little ears, staring at the album covers and getting lost in their worlds. I was hooked.

It was the Please Hammer Don't Hurt 'Em tour featuring EnVogue, Boyz II Men, and of course, MC Hammer. I was 12, and I went with my mom and best friend. I obsessively loved listening to music growing up, but seeing it live added a whole new dimension to the music experience. The excitement of seeing the artist in person was a high that I still seek out today. There's nothing like live music. It became even more evident when we were starved for that in-person interaction over the pandemic. I missed it so much! MC Hammer, you created a live-music monster.

When I was about 14, Temple of the Dog released their self-titled album, which then introduced me to Pearl Jam. I was obsessed after hearing the first notes of "Hunger Strike," and that love has continued 30 years later. The vocals, the lyrics, the sheer raw emotion in the music all combined to captivate me.

Their music has helped me through the lowest of lows and the highest of highs; they are the soundtrack to my life. I consider myself insanely lucky to have loved a band for so long and to still be able to see them kick so much ass live. If you haven't been to a Pearl Jam show, do yourself a favor and just GO for the experience. You won't forget it.

Our team has weekly meetings where we review new music videos and decide on promotional opportunities. I work alongside a team that's so passionate about sharing new music, and everyone is out there at the shows, hearing it all live. I learn a ton, and as far as meetings go, that's certainly NOT one that could've been an email!

There are also Vevo apps on connected TV, like on Samsung TV or Apple TV or Roku, and we program blocks where you can learn about new artists depending on what genre you may be into. I've learned about many new artists by simply watching our programming blocks.

For sound, the best place I have ever heard a concert is the Appel Room at Jazz at Lincoln Center. It's this stunning room with floor-to-ceiling windows overlooking Columbus Circle and you can hear a pin drop. I've seen several shows in that space, but one that stands out is a jazz guitarist named Bill Frisell. Every chord and vibration counts and hearing it in that room makes you feel like you are bathing in sound; you can feel it in your body. Absolutely incredible.

Janet Jackson's "Rhythm Nation." It will always stand out in my mind. Janet is one of those legendary artists who doesn't only break barriers sonically, but through her visuals as well, and "Rhythm Nation" was the perfect culmination of all of those talents. Everything from the dancing, to the music, to the lyrics was so powerful for my impressionable young self to witness and is still so relevant today.

Confession: I don't watch a ton of TV! However, one series that stands out for its killer music is Inventing Anna. I started my career in music licensing at Sony, so I pay a little more attention to soundtracks and music supervision. Alexandra Patsavas, the music supervisor for the show, absolutely crushed it. Some of my faves: Megan Thee Stallion, Rico Nasty (Own It!), Tkay Maidza, Jhené Aiko, Jessie Reyez, Princess Nokia …I kept pausing the show to make sure I added each song to my Anna playlist! It's the ultimate lady boss mood.

We have the honor and privilege to champion crazy talented artists early on in their career. It's one of the most rewarding aspects of working in music. Meeting an artist when they are unsigned and helping them get support, a larger fan base, more views on their videos, booking them for promotions and shoots throughout their career, and then attending their sold-out stadium show … it's indescribable. This year, some of those crazy talented artists we've worked with are Shenseea, Latto, Trueno, Doechii, Emilia, Jake Wesley Rogers, Carol Biazin, thuy, Adriel Favela, Pheelz.

It may not be as visible, but for me, the most important part of working in music is helping mentor the next generation and giving voice to underrepresented groups. I recently mentored for an awesome organization, the Asian American Collective, where I encountered a huge network of music executives and students. I am most proud of that work, because I didn't see people like me upon entering the music industry 20 years ago; it was a struggle to be taken seriously as a young female. It means the world to me to lift others up and invest in a more diverse and inclusive future.

I recently attended a Lizzo show at Madison Square Garden. It was a religious experience. I've been lucky enough to see many artists perform there, but none have struck me as more grateful than Lizzo on that stage. She is not an overnight sensation, her first album released almost 10 years ago. So it's that much more inspiring to see her gratitude and her message of self-love because you know she's real, and she's earned every moment of it. I laughed, cried, screamed (a lot) and danced my butt off. There is something so powerful about being in a crowd of 20,000 people, all singing the same message of support for themselves and one another. Especially with isolation stemming from Covid over the last couple years, it felt like we were all healing together.

The key to a good relationship with a brand is aligning with a team that understands your authenticity as an artist and supports it. That will allow you to prioritize your artistic creativity.

It's the same advice. The key to working with musicians is to support an artist's authenticity and not force a message that conflicts with the artist's vision. It's so important to find the right fit, so you both are looking to achieve the same goal.

I don't think we truly understand the power of music in its fullest sense. It is insanely powerful and taps into emotions and memory in a unique way. It's a perfect synergy between body and mind. Consider listening to a song that you loved while growing up. You are simultaneously focused in that moment, and also reliving a time when you heard that song many years ago.

Alzheimer's patients are faced with devastating memory loss, yet music seems to trigger an emotion in the brain and break through that memory loss in a way that nothing else can. It continues to astound me how influential and unifying music can be. There is so much more potential. It's intriguing!

I wish there was a great answer to this question, but I don't have a backup. I love music, and I cannot imagine doing anything else. Although, if I'm on vacation, I'm scuba diving with sharks. It happens to be one of my favorite hobbies, even though nine years ago I was terrified of being in the water. But that's a whole other conversation!