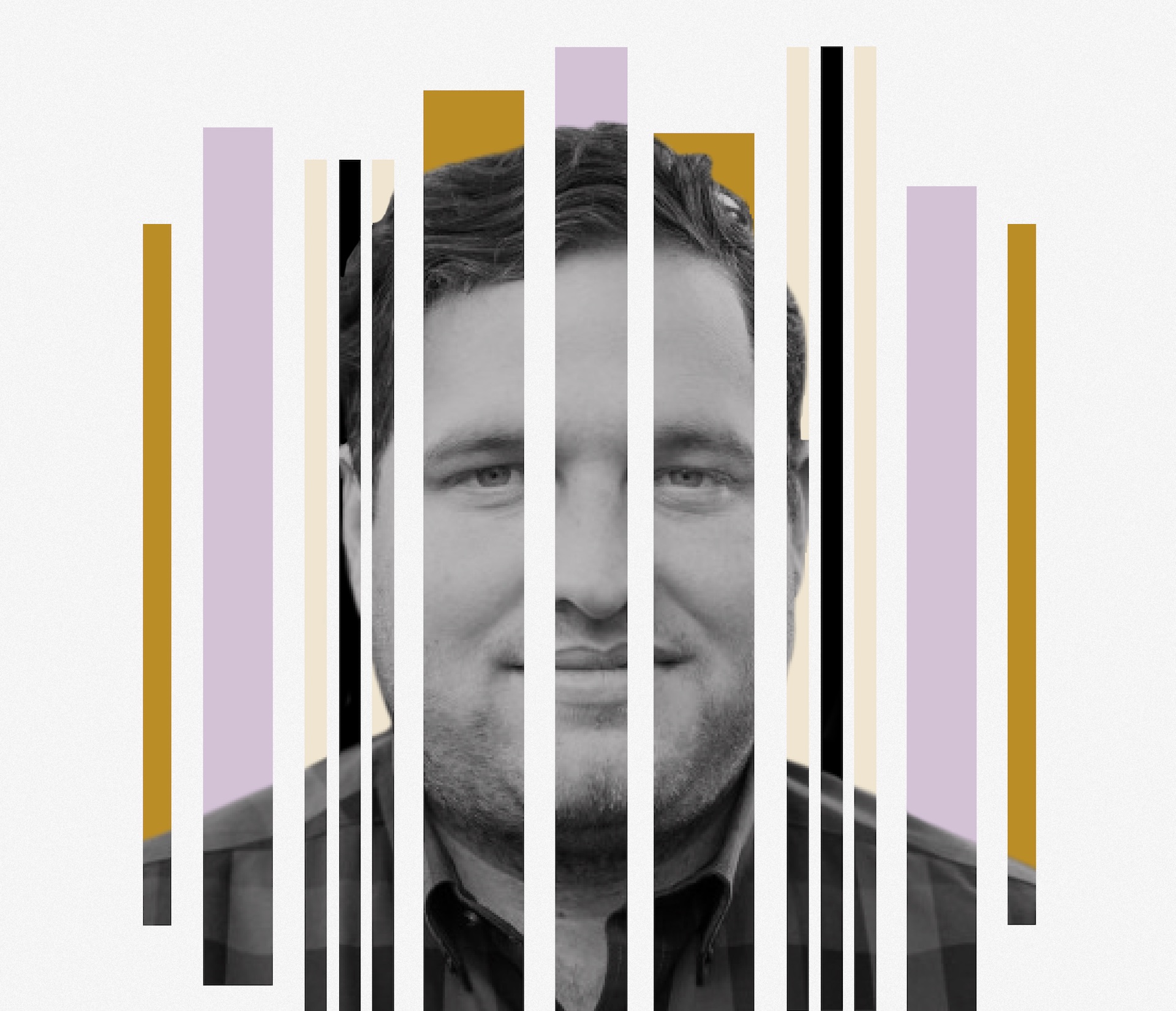 Bryce Carr is director of creator partnerships, music, at Rally, where he oversees relationships with music creators looking to develop new connections with their fans.

Previously, he was director of artist marketing at Fender Musical Instruments Corporation, where he defined artist partnership initiatives around product and content with a special focus on developing the next generation of players. Prior to that he worked in artist-facing roles at companies such as Ultimate Ears/Logitech and Bandsintown, and received his master of business administration at the USC Marshall School of Business. In his free time, you'll find him at local music venues or one of L.A.'s many breweries.

We caught up with Bryce for our Liner Notes series to learn more about his musical tastes and journey through the years, as well as recent work he's proud of and admired.

I was born in Los Angeles but grew up in San Diego, and after a bit of back and forth, I've laid down roots in Los Angeles. My family goes back five generations in Los Angeles, but I still pick the Padres over the Dodgers.

Music was always playing on car rides and there was a wide mix of different genres and decades that I was exposed to. As a kid, my dad would play "Shout!" by the Isley Brothers and with every "little bit softer now" he'd turn the radio dial down and with each "little bit louder now" he'd turn the dial up until the music would be incredibly loud with us all scream-singing the lyrics.

I remember being young and going to shows with my parents for artists like the Temptations or the Beach Boys. Some of my first concerts were radio holiday shows like Jingle Ball. Once I got into high school and truly had the freedom to pick my own shows, I'd see a couple of shows each month, usually staying out past curfew—not for any nefarious reason, but just because I used to watch load-out and see what gear was used on stage.

My music taste is all over the place, but some of my staples include Radiohead, Bright Eyes, Death Cab for Cutie, and Phoebe Bridgers. Generally speaking, I love artists who push the norms while crafting thoughtful music. Many of the more recent artists that I've been listening to are names like Wet Leg, Miynt, Goth Babe and Dijon. If an artist is doing something different from a production, instrumentation or songwriting perspective, I find myself with a curiosity that keeps me coming back to the record.

The No. 1 most important method for music discovery will always be word of mouth. I love sharing and learning about new artists with my friends. There's a certain amount of pride that I think people feel when they can introduce a musician to others. Aside from that, I'll browse through the usual editorial sites and see what's being playlisted on DSPs. I recently signed up for Tidal and I have been wondering how I went so long without experiencing that higher fidelity audio quality. It's great!

When home in L.A., I love going to The Moroccan Lounge, The Troubadour or The Echo. They're all great venues with their own benefits and different vibes. An all-time favorite would be Red Rocks, which 100 percent lives up to the expectation. It's an amazing venue, and every show I've seen there has been a magical experience.

I'm also a fan of the Bend Amphitheater on the river in Bend, Oregon, and of course Humphreys by the Bay in San Diego. Seeing so many people floating in the water to hear a show is amazing.

I've got a bit of bias, but Outside Lands reigns as my favorite festival. There's something special about roaming through the meadows and forests in Golden Gate Park and then dropping into a set by your favorite artist while enjoying their amazing food and beverage program.

I have so many videos from over the years that I love. "Sabotage" by the Beastie Boys is an amazing video that everyone should see. "No Surprises" by Radiohead was the first music video I saw that seemed so simple yet so complex. My introduction to the band half•alive came through their video for "Still Feel," which is an amazing video. Young Thug's video for "Wyclef Jean" is also too much fun.

The music nerd in me loves Song Exploder. Being able to not only hear the story of how a song was made but the actual recording through a dissection of individual tracks allows you to understand how the sum of something can be greater than its parts. I also love being able to hear the demos or earlier versions of songs.

To launch the new album cycle for Portugal the Man, we wanted to find a way to reward fans for their support of the band. Portugal the Man has worked with Rally to build a whole fan community for holders of their $PTM cryptocurrency, so a natural extension was to reward fans who pre-saved the new single "What, Me Worry?" with a $PTM coin. By pre-saving the single, your coin would unlock access to the band's PTM Archives filled with live show recordings from over the years, and will get you access to unlock presale tickets for shows. The band has always focused on connecting with the fans, and they use their coin as a way to share the value of their community with fans. This overall initiative incentivized thousands of fans to presave this new music.

How to Buy PTM Coin and Join the Discord

When introducing web3 tools to your community, it's important to do so in an approachable way that clearly outlines the overall "why" behind various projects. This technology is amazing and it's possible to do crazy things, but at the same time, it needs to be presented in a way that is welcome to fans. I've watched what Steve Aoki and his team have done over the past year or so and how they've welcomed fans into a web3 community. Initially they worked to serve culture by connecting with fans through NFTs in a way that fans authentically wanted to experience. They provided education and elements of gamification while actively encouraging collaborative participation. Once fans became active participants, I've seen that strategy shift more toward shaping the overall culture of exploration. Through the A0K1verse, fans who previously knew very little about web3 have climbed aboard and are excited about new projects.

When musicians find themselves pitching to brands, it's important to look for a relatively shared audience between yourself and the brand. The relationship between the artists and the brand should be authentic and something that your fans see as natural (because it is). Over the years I've worked on thousands of deals and pieces of content with artists. Where I saw artists have the most success in pitching was when they found themselves inserting their art and experiences into existing concepts or campaigns in a way that made sense. When approaching the brand, it's important for artists to understand what is realistic and important to their partners.

If a brand is working with an artist on a project where they're asking the artist to do something that the artist doesn't want to do, (in many cases) the brand has picked the wrong artist. A brand partners with an artist in order to speak to and appeal to their fans. No one understands the artists' fans better than the artist or their team. They've had years of understanding how their fans respond to different marketing ideas. As long as everyone is aligned on the initial goals, I believe it's important for brands to include talent in creative conversations as campaigns co together. This can have a positive impact on the fan reception to the overall partnership.

I was lucky enough to spend a few years over at Bandsintown, and one of the core tenets there is focused around how music is one of society's last tribal experiences. When you stop to think about that, it really is true! Music allows people to come together from all over the world, and regardless of who they are, they'll sing together, smile together and experience different emotions together. You see elements of this with sports, too, but there are elements of "teams" and "rivalries." With music, I can go to a concert from an artist I like, stand next to someone from the other side of the world who doesn't speak the same language as me, and sing along for 45 minutes in a shared experience. There's something special about that.

I'm a huge fan of different beers and I could see myself in another life working in marketing for a brewery. There's still a huge amount of passion that people have for their favorite beers and there's certainly a good amount of fun that can be had while working in that space.