Night After Night's Casey McGrath on 21 Savage, Post Malone and a Better Way of Working With Artists

Plus, recent music-driven work he's proud of and admired 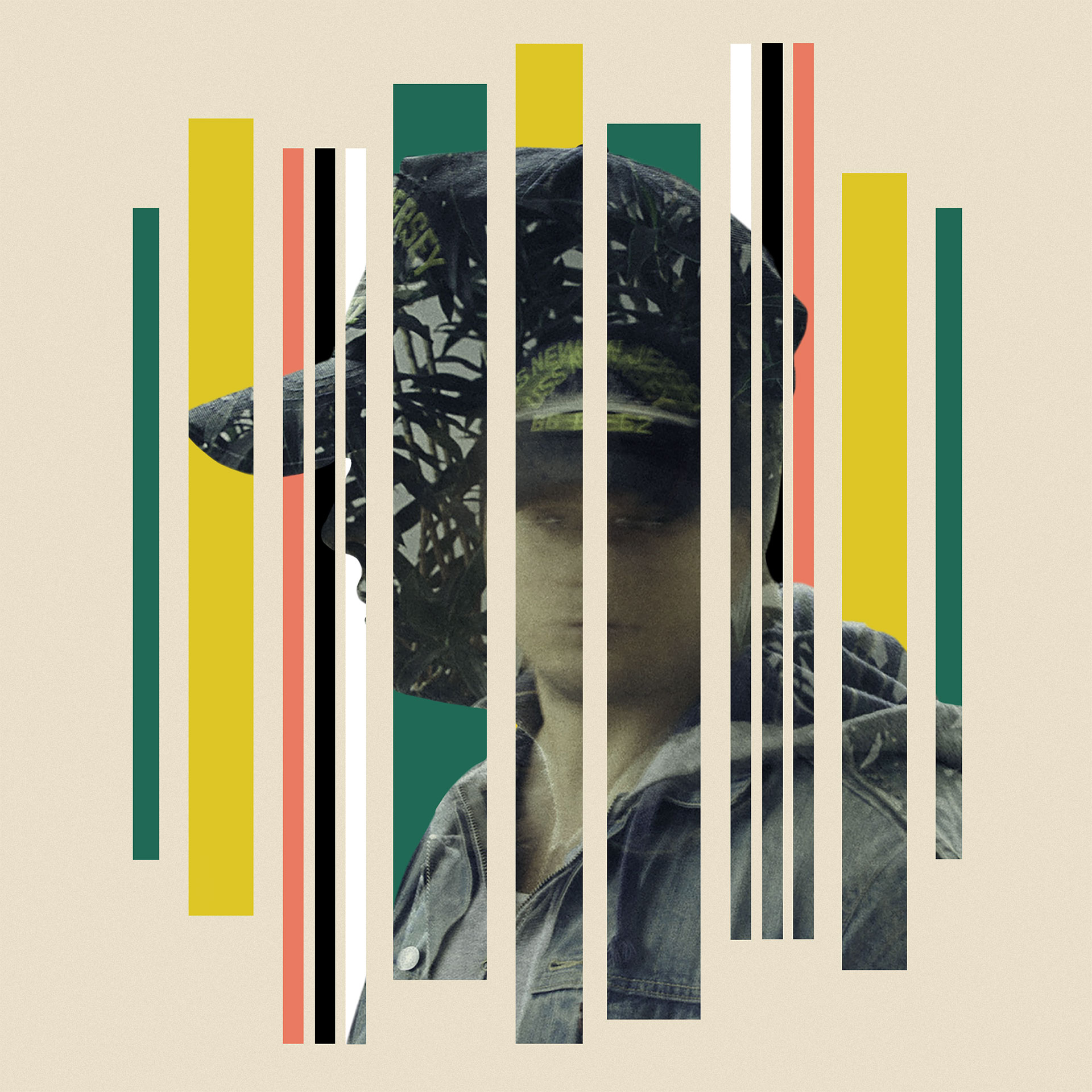 Casey McGrath is a creative director, filmmaker and Night After Night's chief creative officer, overseeing all work for the agency's clients with a focus on creating authentic music experiences at the intersection of brands, bands and consumers.

He was nominated for a Grammy for co-directing and producing the music documentary Talihina Sky: The Story of Kings of Leon. He is also creative director for the band.

We caught up with Casey for our Liner Notes Q&A series to learn more about his musical tastes and journey through the years, as well as recent work he's proud of and admired.

I grew up outside of Trenton, New Jersey, and now live all the way up in Montclair, New Jersey, outside of Manhattan. I returned to the state after some time spent out west in Vancouver and, of course, after some obligatory time in the East Village.

I had a jazz drummer uncle—he played with Natalie Cole and was the house drummer at The Rainbow Room, etc.—and idolized my guitar-playing older brother in various bands. Music was always around from day one, and my brother completely dominated my musical universe in my formative years. My early memories are from the mid-'80s, lying on the maroon carpet in the hallway against his door—I was rarely invited in—for hours and hours listening to Duran Duran, R.E.M., Psychedelic Furs, the Replacements, etc.

I eventually developed my own fandom for U2 and ran wild with that for years. I think sometimes people forget what U2 was then. To me, they were larger than life. I also remember long car rides with the three of us kids pressed into the back seat when Walkmans were the only thing to keep us sane. My brother and sister would pass around tapes, and I would get whatever was handed to me, so I also spent a lot of time with Edie Brickell and all 10,000 Maniacs. I still know every word to every song on Shooting Rubberbands at the Stars.

I have always considered going to see Rattle and Hum in the movie theater when I was 9 to be my first concert, and that's because—it was. People were jumping around, girls were crying, everyone was singing along with strangers, lots of smoking—all the hits. I was blown away. Later in life I would work on many concert films, and I always think of that experience and know it played a huge role in the choices I made that led me to my career. I am so grateful to that film/concert experience for that subconscious guidance. I started working with Kings of Leon right after they toured with U2, so close! Now, I find myself in meetings talking about concerts filmed for theatrical release and discussing whether it's a viable option for certain artists during this crazy tour shutdown. Tough question, but it sure worked for me in 1988!

Questions like this are daunting, but fun to think about and talk through. Brevity isn't my strength, and I could write a couple of pages on this one. It's not just about the music. It's about the emotional connection the music has to the moments in your life that you want to revisit, often ruling out anything new.

Eventually, it becomes about the values of the artist. Do they represent, and are they in line with, what you believe in? It's a heavy load to put on the musicians because they're just trying to play some songs. But if you want to be someone's "favorite," it's bigger than that, which is probably true now more than ever. Do you want to wear the T-shirt? When it comes on at the bar, do you stay for an extra drink? When asked to DJ at a party, do you always play them, and are there hits in the catalog that always work in that moment? There are more, but you get the idea.

With all of these questions in mind, I have to go with Bruce.

I miss being with my team in our offices, different people with different tastes that turn me on to so much. At the start of full-time WFH, we made a shared playlist and have been sending things around so we're all listening to the same thing at the same time, just from different places.

Like everybody else, I have to admit I'm a Spike Jonze guy and love the Fatlip stuff—but that's the world's laziest answer. Separately, I have watched Radiohead's "No Surprises" more than most other videos and just envy their simplicity and quality. Not to say I don't love big-budget stuff; I am a "November Rain" kid after all. But in the end, it's Smashing Pumpkins "1979" that I reference the most and return to over and over. It's like Linklater directed a GoPro commercial. I tried to capture some of the energy and nostalgia-inducing qualities of it—by ripping it off a couple of times—when I directed the "Back Down South" video. I hope both make you long for a place and time, whether you relate to it personally or not.

Questlove Supreme podcast. This feels like a bit of an obvious answer, too, but I am going all-in on it. I love things that not only give you a reason to break from your bullshit but also make you a mini expert on the coolest shit. It's like condensed Ken Burns for your ears. No one has ever found their role in the world more perfectly than this man. Everything Questlove is doing at any moment is an extension of his passion, and it always comes through.

A recent project you worked on recently that you're proud of.

Hands down, Night After Night's "Depart.Elevate.Arrive." campaign with 21 Savage and Avion Tequila. I'm a big believer in values-led artist and brand partnerships that spark connections with consumers through shared beliefs instead of the meaningless "pay to play" spokesperson route. For this campaign, the brand and artist shared a passion for flight, building on a little-known, interesting fact that 21 Savage is an aspiring pilot obsessed with aviation. Due to his immigration status, he was grounded and unable to pursue his license, and he became the perfect voice of this modern Mexican tequila brand, which encouraged the embrace of a borderless mindset.

A campaign that encourages people to find beauty and inspiration in all cultures is plenty to be proud of, but it was the fact that our small agency did the work of five agencies that makes me thrilled. We put the model of the future into action, and it worked. We built the brand strategy, created the campaign, cast the A-lister directly, made the deal, managed the talent, executed the creative … and to put a bow on it, we produced the asset, and I directed it myself.

We staff our agency with people from non-traditional places and backgrounds, so we're able to leverage a huge network and lean on the team to wear crazy hats. For example, Jason Rawlins came over from different jobs in music and entertainment and was not only account lead on Avion but also managed the whole 21 deal directly himself, delivering what our client's CMO referred to as their best brand work of the year. All under one (small) roof.

Agencies of our size and model hold the keys to this industry's future, and people like Jason are the best and the brightest in the biz because they can see things differently than traditional agency thinkers. What could make me prouder?

There are so many groundbreaking things happening right now due to necessity; Travis Scott creating whole new worlds in Fortnite, for example, and I'm looking forward to seeing how the lack of a live concert experience continues to change the industry forever. I thought Babe Wine's stunt with Bumble to help couples who broke up during lockdown was clever and moved quickly, which I appreciated. But to go back to artist and brand partnerships, I think Post Malone and Bud Light is one of the best recent examples. Combining the artist's real, organic fandom of the brand and integrating the release of music and merch throughout the campaign made for a true two-way street.

The savviest artists, and their managers, understand that being open to giving an inch on an idea can get them a mile's worth of funding for their creative pursuits. They can't be short-sighted or stubborn. It actually works best to get your foot in the door and show your value, which goes for the big artists, too—and the bigger you are, the better it works. To the music community's credit, relationships are often soured because marketers without music experience either ask too much or the wrong things from an artist partnership. I've seen many brands spend a lot of time and money essentially turning their biggest fans on to a competitor because they were focused on completing a checklist in exchange for a paycheck rather than building a relationship rooted in shared passions. It's OK to keep your foot away from these brand's doors.

An enormous gap exists between a brand's timelines and those of musicians and the other creative people shaping the culture. Due to lead times on purchasing media, selling strategy to everyone up the ranks, and getting buy-in from field sales teams, often brands have already committed their dollars 18 months to two years ahead of time. Meanwhile, an artist is focused on their newest album that comes out in three to six months (weeks). If brands want to be involved in music, they should set aside a portion of their annual media budget into an uncommitted fund, prioritizing relevant opportunities in music against a timeline that matches the speed of culture.

They say smell is the fastest path to sense memory. Maybe sound isn't as strong, but a song is different. A song is the real time traveler in my book. I guess emotional recall is what I'm talking about—that's what music can deliver. That is some pretty crazy power—and value. There are probably a couple hundred songs I can't listen to unless I'm in a GREAT mood. Too heavy.

Absolutely a filmmaker. It's the only thing I technically know how to do. It is still my passion. And the days I spend directing the work we do now are still my favorite days. Night After Night was a production company that became a specific kind of creative agency because the world needed it. But I will make a film, soon! It'll likely be about music.