The co-founders of Brand New: A Collective also reveal their own musical journeys 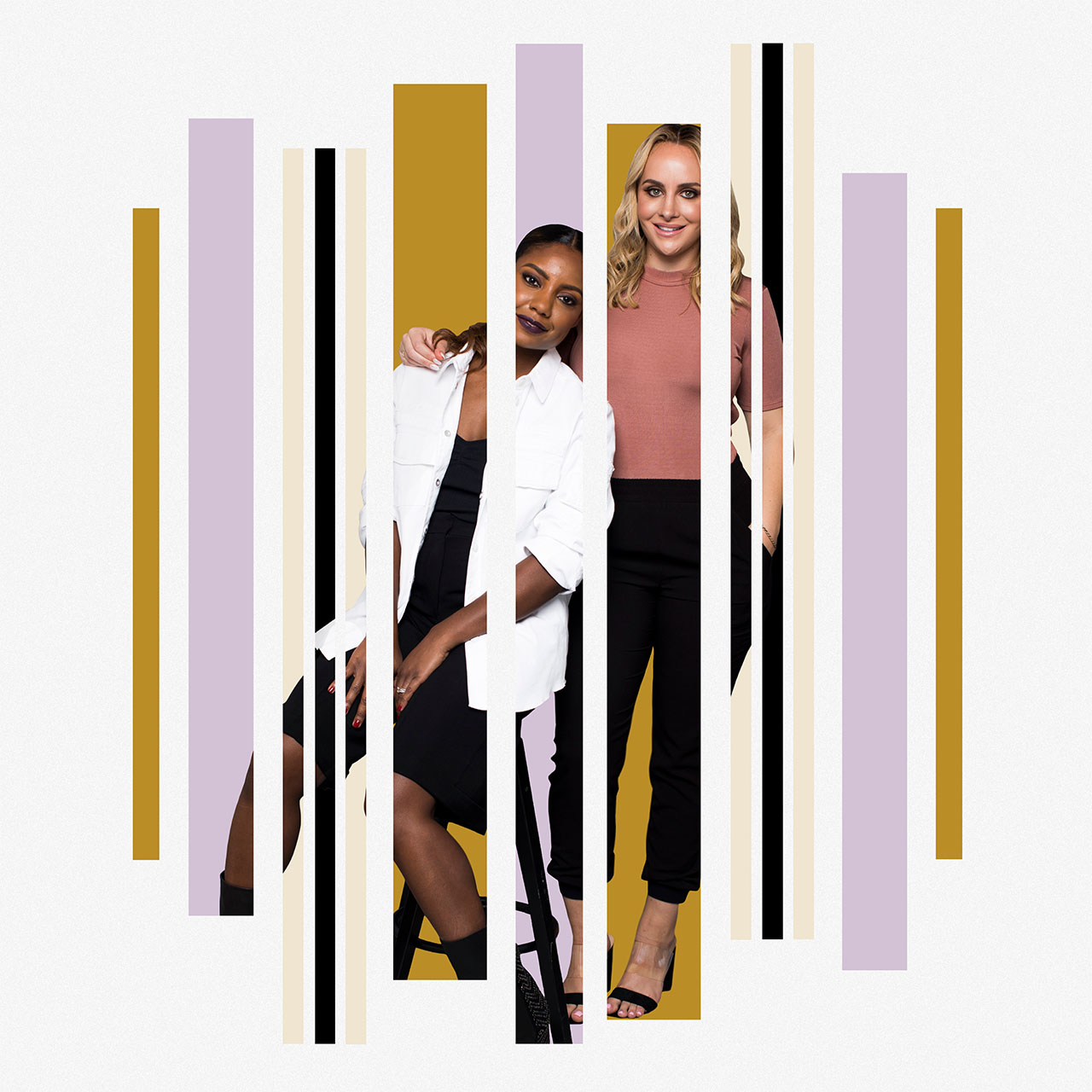 Kellie Pean and Alyssa Convertini are co-founders of Brand New: A Collective, a diverse, female-led company that provides immersive branded content marketing and experiences to artists and brands looking to elevate culture in a dynamic environment with a purposeful tone.

Prior to co-founding BNAC in 2018, Kellie spent years as a brand marketer at Diageo North America and most recently as a senior media executive at Valence Media, where she led integrated marketing for Billboard and The Hollywood Reporter. Alyssa spent the majority of her career at Valence Media, most recently as executive director of branded content and music strategy. She helped define and build out Valence's integrated marketing and branded content teams that worked across all Billboard, The Hollywood Reporter, Vibe, Spin, Stereogum and Dick Clark Productions properties.

We caught up with Kellie and Alyssa for our Liner Notes series to learn more about their musical tastes and journey through the years, as well as recent work they're proud of and admired.

Alyssa and Kellie, tell us…

• Alyssa Convertini: I grew up in Bergen County, New Jersey and after eight years on the Upper West Side of Manhattan, relocated to Los Angeles in 2018.
• Kellie Pean: Grew up in small town Dayton, Ohio, and currently reside just outside of NYC in Westchester with my family squad.

• Alyssa: Five years old, my parents let me stay up late to see my grandfather's client, Lionel Hampton and The Golden Men of Jazz, perform in front of a big crowd on our vacation! It was epic.
• Kellie: My grandmother's house. We call her "Monner" and I have countless memories of listening to old records from some of the Motown greats like Marvin Gaye.

• Alyssa: Backstreet Boys with my best friend and our parents; I was astounded by the production, the different costume changes, and how despite being far from the stage, I felt like I was in the center of the universe.
• Kellie: Front row at an M.C. Hammer concert with my cousins; his team picked us out of the crowd to come up on stage and dance, but I was too terrified. I watched some of my cousins stand up and do the Hammer Dance. Decades later, I've certainly found my confidence in music.

• Alyssa: Frank Ocean, Steely Dan and Sade. These names need no explaining!
• Kellie: Babyface, Beyoncé and Lil Baby. My musical taste ranges from R&B hitmakers to the best in the game sprinkled with a hint of modern day turn up.

• Alyssa: Streaming—Spotify as my main, Apple Music as my second. A deep Twitter search for a curated playlist will take you to a new dimension sometimes—highly recommend!
• Kellie: Streaming services are my go-to, but I also get music from my kids' devotion to Kidz Bop Radio, and their gaming systems all have soundtracks.

• Alyssa: Small venue with a big name on the stage; I'd say the early 2010s NYC music scene is where my favorite concert memories rest. Irving Plaza, Webster Hall, Radio City and  Brooklyn Steel, and of course the Beacon!
• Kellie: I would love to go back to a Chicago summer and watch one of my favorite artists at Northerly Island Park on Lake Michigan. There's something special about warm Midwest nights outside with good music.

• Alyssa: I don't have a single favorite, but recently, Baby Keem "Hooligan" and less recent but iconic, Jay-Z's "Moonlight" and Jamie xx "Gosh."
• Kellie: Anything Beyoncé because she's the full package of entertainment; plus her production quality and execution are unmatched. She is forever the MVP.

• Alyssa: I'm getting more into podcasts recently, but a few television shows I consider to be my favorites are due to the music integrations into the show. They include Euphoria, Big Little Lies and Stranger Things!
• Kellie: I don't watch nearly as much TV as I'd like to, but I must say I'm always paying attention to a show's soundtrack. Shows like Black AF, Empire and Watchmen all had strong musical undertones.

• Alyssa: The last two years of 1800 Tequila's 1800 Seconds platform. In year one we paired Pusha T with 10 artists, and year two Future with 10 artists to create full-length albums, short and long-form video content, and a 360 marketing campaign inclusive of digital and social media, PR support and live events. This program is one of my favorites and one I'm proud of because the scope of the project feels insurmountable, but for two years in a row we've executed with precision. It also allowed me to go back to my music production roots and be able to spend some time in front of the mixing board.

• Kellie: Honestly, I'm proud of every project we execute because I'm aware of all the things that happened to get us to that point. However, I'm especially proud of a project we did with one of our clients around Art Basel where we gave back to the community through a basketball art restoration project. I absolutely love learning and being challenged in my career; this project had elements of local government processes, explorations within the art world, public property restoration, live events, talent integration and a custom merch capsule collection, to name a few. It was immersive and impactful through the line.

• Alyssa: This is more of an event experience I recently attended, but my friends Errol, Brice and Justin of Blondie Beach collaborated with Family Style and The Hundreds to create a really amazing Covid-19 friendly drive-in movie theater experience. The whole event was incredibly thought-out and well executed!
• Kellie: I operate in such a creative space that I'm constantly inspired by my network, but something that has stood out to me in the BLM era is the continued success of "Harlem Fashion Row," founded by Brandice Daniel. Not only does her platform serve as a fashion incubator of sorts but she also launched a giveback component that directly services the community. I love how she works with a variety of style-forward Black designers and creatives from sports to music that showcase the power of Black creativity.

• Alyssa: Be yourself, don't be afraid to tell your story and share what makes you unique to the world. Exercise your network, be persistent, and share your vision through public platforms where brands or agencies can find you. I can't tell you how many times we've found emerging talent through an Instagram search.
• Kellie: Musicians should ensure that brands are helping to amplify their reach through new avenues that extend beyond convention. Consider the various elements of what a musician has in the pipeline, and strategically think how a brand can help to support your goals as well as theirs.

• Alyssa: Brands should tap experts in this field to find talent that's the right fit for them if they don't have these resources in-house. We encourage our brand clients to pick talent based not only on their objectives, but on talent's objectives as well. The most successful partnerships find a middle road to meet and make magic within; any partnerships that are forcing talent to speak outside their normal tone and voice, endorse a product they don't truly love, is wasted dollars and space in the marketplace.
• Kellie: Brands should approach working with musicians with open-mindedness; an understanding that this person commands influence because of their unique attributes that you're trying to tap into, not change to fit the brand DNA. This is a real reason why talent selection for projects is so important.

• Alyssa: Transport you into a new dimension of feeling and emotion, regardless of what happened in your day 30 seconds prior to hitting the play button.
• Kellie: Alter your mood and act as a dose of nostalgia simultaneously.

• Alyssa: I'd be running an Italian restaurant out of Lake Como, Italy, with my family and closest friends! Or, more practically, I'd be a veterinarian.
• Kellie: Writing books and traveling the world with my family.

Liner Notes is our interview series where we chat with folks in the music industry about their creative inspirations, their favorite bands and musicians, and generally what music means to them. For more about Liner Notes, and our Clio Music program, please get in touch.