Plus, what art does that nothing else can 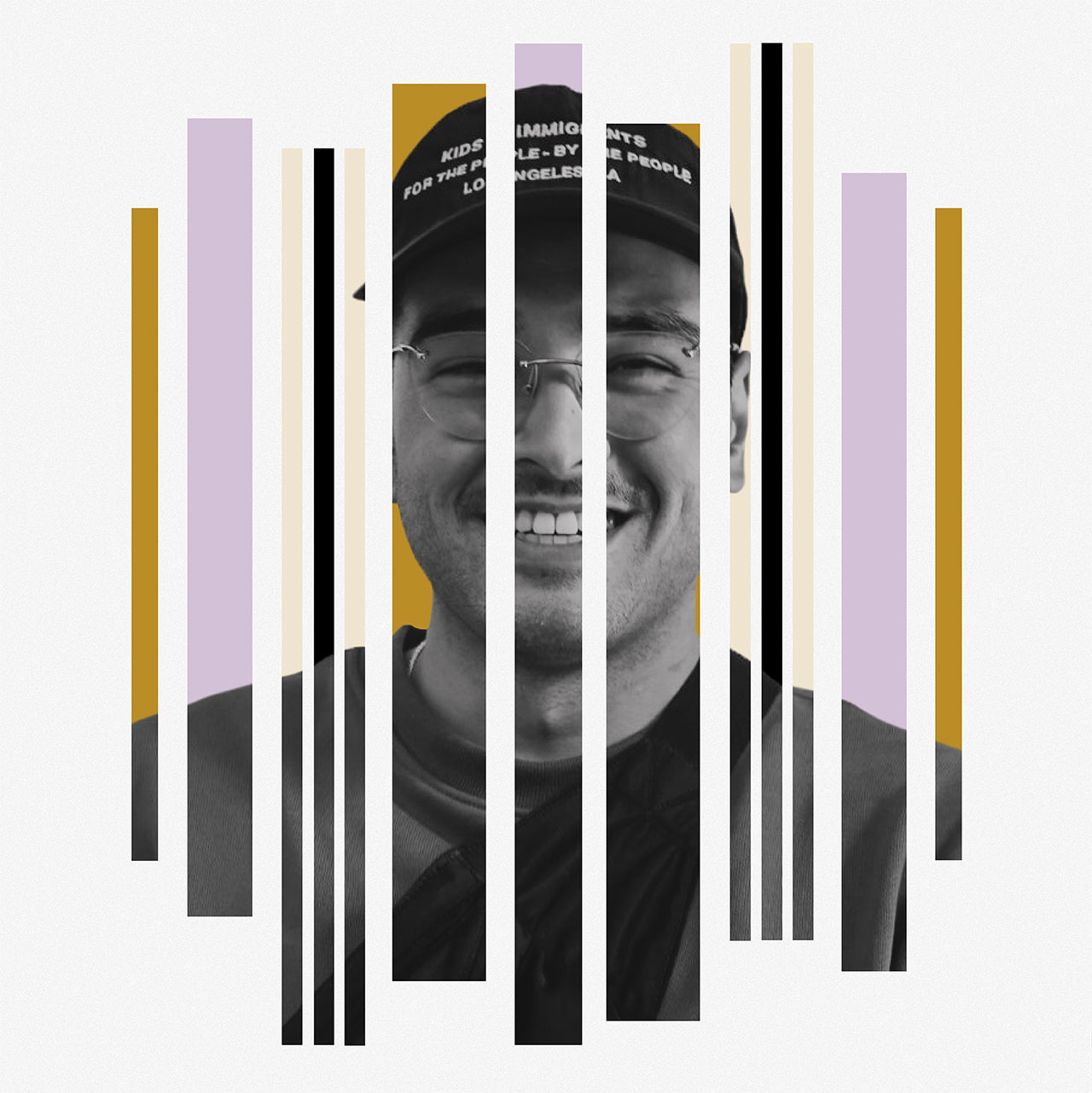 Kayvan Daragheh is artist relations director at Genius, a premier destination for artists, creatives and superfans to discuss and deconstruct all things music. He is a talent relations specialist with 4+ years in music journalism and over 250 million views to content pieces he has worked on directly. He also has experience in live touring (CAA), artist management (Ashoka, Isaac Zale) and music production.

Kayvan's work at Genius has included everything from interviewing talent for all Genius original core video series and live events, booking talent for Genius's branded content campaigns (Acura, HP, Burberry, Puma, HBO, Reebok, TikTok and more), to signing artists as an A&R. Outside of his work at Genius, Kayvan also curates playlists on Spotify and Audiomack, reviews independent artists music on Twitch, and maintains a Discord server of over 3,600 emerging artists, producers and music fans.

We caught up with Kayvan for our Liner Notes series to learn more about his musical tastes and journey through the years, as well as recent work he's proud of and admired.

I grew up in a few different places. I spent the majority of my childhood in Peterborough, England (Cambridgeshire), and moved to Raleigh, North Carolina, when I was 14. After that I moved to Nashville for college, and now I live in Brooklyn.

Definitely listening to music in the car with my parents on road trips. We used to go see my cousins who lived a few hours away a lot when I was younger, and that car ride was always filled with me singing along to the radio or my parents CDs in the back. I also grew up playing violin, so it's a mixture of car rides and practicing music.

Kanye West, N.E.R.D, Rihanna, Lupe Fiasco in Raleigh for the Glow in the Dark Tour. This was a life-changing experience for me. I bought a lawn ticket for $45 from a classmate and then finessed my way into the 10th row for Kanye's set. He had a spaceship on stage that literally "took off" and I'll never forget how incredible of a production it was. Not to mention I got to see four iconic acts pretty early in their careers.

Your favorite band/musician and what you love about them.

Kanye West. Despite all the controversy and not agreeing with his actual opinions, his music has consistently pushed boundaries creatively and has impacted/shaped the sound of music consistently with every new release.

Kendrick Lamar. The way he writes music, the attention to detail, his focus on engaging and crisp visuals, and what he's done for hip-hop mean a lot to me. Not only that but to see what TDE has done as a label and now what he's doing at pgLang—it's all extremely inspiring to me. They've really cultivated a family around music and business and that's something that's important to me/how I want to run my own business one day.

Queen. I grew up in classical music and in a household that adored Queen/Freddie Mercury. I'll always hold him as one of the most incredible musicians/writers/vocalists of all time. The songs Queen wrote and the WAY they wrote/composed them will always have them in my favorites. The theatricality of the music has always been something I've loved also; it's such an experience listening to their music.

How you get your music these days

Everywhere—socials, Discord, Twitch, from managers, from artists, from labels, in my comments, etc. I actually do a twice-weekly music review stream on Twitch and have a bunch of playlists that I run that are submission based, so I am constantly listening to music from emerging/independent artists. I'm always trying to stay ahead of the curve and find things early.

I think venues like Bowery Ballroom or private shows at like Ludlow House/Soho House are probably my favorite generally because they feel intimate and you get to see artists at a stage right before they "blow up." My favorite venue EVER was at Pemberton Music Festival. The venue is surrounded by mountains and it was the most beautiful setting for a music festival.

The whole "Runaway" film by Kanye West x Hype Williams. I remember the exact time and place I watched it. I remember being so excited for the album that I stayed up and listened to the whole thing on release at midnight in the lobby of my dorm because my roommate was sleeping. It's my favorite because I loved that album and the visual representation of the whole thing is undeniably memorable. It also sparked the whole mini movie/album visualizer run we got from bigger artists. I felt like this album/visualizer changed the way that artists created for years after its release.

This is probably an unfavorable opinion but I don't really have one. I find that a lot of times I get a little frustrated watching people talk about music and the industry. It's not that I don't appreciate the opinions, but with where I sit in-between the creative and media spaces, I find that a lot of times people will say things for clicks/views and not really be honest about what is actually going on. This industry has a problem with transparency; it's a lot of smoke and mirrors, and a lot of media platforms play into that instead of working to change it.

I'm extremely proud of the community of independent and emerging artists/producers/curators and more like minded creatives on Discord. The goal has been to create a safe space for artists to share their music and get real, unbiased feedback to help them improve over time. It's been somewhere I've been able to not only find artists to work with on the distro side but somewhere that I've been able to help foster collaborations that have gone on to be covered by major publications and curators. Without working directly with these artists, I'm still able to help where I can and provide a global community for them.

Jack Harlow and his team and what they've done with his career over the last few years. I've known Jack since he was 15 and to see what they've done to take him to being one of the biggest stars in the world has been amazing. The focus on his incredible personality and sense of humor paired with great collaborations and stellar placement/promotion have been one of my favorite things. It's not a specific project but the career trajectory as a whole.

More responsibly. One thing I've learned from working on multiple branded content campaigns is that brands don't necessarily always care about who's the best fit for the campaign as much as they care about who has the most followers. I've also found issues with the way that brands look at and work with BIPOC musicians when booking for branded campaigns. Brands need to do a better job of being truly inclusive without solely following social trends to sell to a certain demographic when it's convenient. I've frequently found campaigns to be pitched in problematic ways that we've had to go back and correct before pitching to potential talent. Taking the time to truly understand and appreciate the cultures and demographics they're trying to reach would make it easier for them to reach those markets/demographics in an impactful way that makes sense and a difference for that audience.

Not just music but art as a whole is the only thing that can tangibly demonstrate the human experience and what it's like to be a human. Nothing else can do that, and we should respect art more for it. Art is the only thing that we can relate to personally without necessarily having the exact experience of the person who created it. It can put you into your own specific time and place, even if that time and place is not the same as the artist's inspiration.

I honestly don't know. This is really the only thing I've ever truly wanted to do. Maybe something in gaming?