Plus, Led Zeppelin, that bowling-alley drone shot, and music's timestamps on life 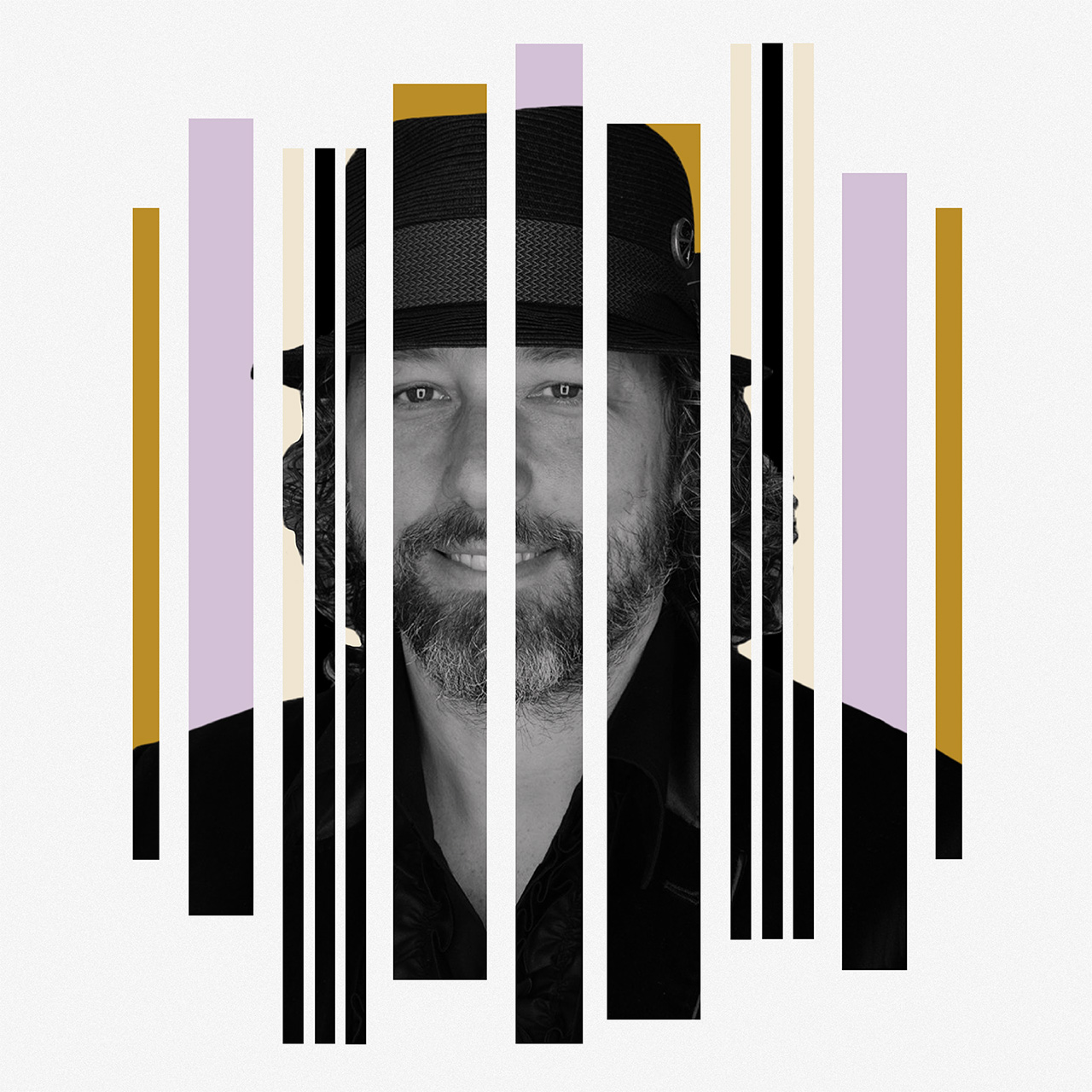 As founder and head of music supervision at Groove Guild, Al Risi unites three decades of experience in the music industry with a genuine awe of music's power to move people and create indelible memories. Risi began his career at Universal Music Group, where he helped develop the careers of Beck, Eminem, Counting Crows, Blink-182 and Weezer, among others.

The next chapter of Risi's career took him on a new adventure into the world of music for picture, where he worked for a number of music houses as well as an indie publisher, with a focus on music for advertising. In 2013, he founded Groove Guild, a creative music agency that creates and curates music and sound for all media. Groove Guild provides supervision, original music, sound design and sonic strategy for clients that include Volkswagen, Google, SpaceX, Coca-Cola and Verizon.

We caught up with Al for our Liner Notes series to learn more about his musical tastes and journey through the years, as well as recent work he's proud of and admired.

I grew up in Queens, New York. Currently living in Brooklyn, New York.

My parents loved music. They would often have friends over and play records by Led Zeppelin, The Rolling Stones, the Beatles, Jimi Hendrix, Janis Joplin and so many others of that era. The Beatles were particularly popular in our house. So much so that my brother Tom and I had created a dance routine to the "McCartney middle eight" section—as it is often referred to—from "A Day in the Life," which begins with the alarm clock sound followed by the lyrics "Woke up, fell out of bed." One late night, when I was around 6 or 7 years old, my parents woke us up and asked Tom and I to perform our routine for their friends who were all hanging out in the living room listening to music with only red lights on (it was the '70s). They put on "A Day in the Life," we did our little show, they all fell down laughing and then we were told to go back to bed. I'll never forget it.

I have two first concerts. One chaperoned and one with just my friends. Both of which were very distinct and memorable experiences. I saw my very first concert when I was 10 years old. We were living in Tulsa, Oklahoma, at the time. It was very short-lived but while we were there my mother took my brothers and I to see Leon Russell at a big arena. I remember Leon sitting down at his piano, a single white spotlight on him alone, no other lights on except for all of the lighters being held up in the crowd. His white top hat and coat with his badass long blonde hair. I was completely in awe! Decades later, I can still see it clearly in my mind. It really made an impression on me. #RIPLeonRussell

My other first concert experience was the Rush Moving Pictures tour at Nassau Coliseum. I had just turned 16 and was finally allowed to go to a show without parental supervision. Me and a few classmates bought tickets to both nights. I remember entering the venue the first night and being blown away. Just walking into Nassau Coliseum with my friends, no parents, knowing that Rush was going to take the stage was enough to make me feel like I was in a dream. As we made our way to our seats in the first lodge, stage right, we passed through a buzzing (literally and figuratively) crowd of teens and twentysomethings eagerly awaiting the band to take the stage. After finding our seats, I sat back and took it all in. The roar of the crowd was building and infectious. You could see a massive cloud of smoke in the air. A contact high was unavoidable.

Suddenly, the lights dimmed and the Three Stooges theme song began to play. I was (and still am) a big Three Stooges fan, so that got my attention immediately. The opening guitar riff to "The Spirit of the Radio" began to play and for the next two hours or so I was in heaven. They played one encore, a killer extended version of "YYZ," and just like that, the night was over. We floated out of the coliseum with just as much excitement, if not more, than when we entered. #RIPNeilPeart

Asking somebody to name their favorite band is a tough one. I have at least five bands in my top three. Let me just state that growing up there was definitely one band above all ... the almighty Led Zeppelin. I loved other bands, but Led Zeppelin were in a class all by themselves. They still are. They were a hand-me-down band from my parents and subsequently my brothers, as were many other bands I fell in love with growing up.

The first band that really felt like my own was the Black Crowes. I first saw them with my brother Tom at Universal Amphitheater, opening for Robert Plant in 1990. I have seen them somewhere close to 80 times since in various incarnations. There are many things I love about the Black Crowes but overall their music just speaks straight to my heart and my soul. I also love that no two shows are ever the same. You can see them five nights in a row—and I have—and not hear even close to the same set. Also, Chris Robinson is one of the greatest frontmen of my generation!

I'd be remiss if I didn't also mention another deeply loved band ... the Rolling Stones! I've seen them many times too, but their 2005 show in Omaha was definitely a major highlight since I got to spend a little time with Keith and Ronnie. That's a story for another time!

From every angle. Being a music supervisor, you have a lot of music that is proactively sent to you. If I'm seeking it out on my own, I use Spotify, Apple Music to a lesser extent, Sirius, Soundcloud and YouTube. Just depends on what I'm looking for and why.

In person! Live streaming just doesn't do it for me. Nothing can replace the in-person live experience. In terms of venues, I'm all about the small clubs and theater shows. It's hard to beat that intimacy and it's always great to catch a band on their way up at a small venue. That said, I also love a good festival where I can just settle in and see loads of bands across multiple days.

Having been a part of the MTV generation, this is a very difficult question. We got to watch in real time all the breakthrough videos. Videos like Aerosmith and Run DMC's "Walk This Way." It was particularly moving for me since I was—and still am—a rocker at heart, but had a lot of respect for Run DMC, especially since I went to high school in Queens Village, just a town over from Hollis, Queens. Witnessing the merging of rock and rap was a big moment in music!

In terms of podcasts, Sound Opinion and A History of Rock Music in 500 Songs are great. Rolling Stone Music Now has its moments every now and then, as does the Bob Lefsetz podcast. His podcast isn't always about music, but when it is, he goes deep with an insider's POV that is always insightful.

For a limited series, check out the podcast Wind of Change. It delves into the backstory of the song by the same name. Also, I really like This Is Pop on Netflix and 1971: The Year That Music Changed Everything on Apple TV+. In terms of a traditional TV show, my OG favorite is Later... with Jools Holland. I love the format. Having all the bands in one room and the intimate nature of each performance feels really special. An honorable mention needs to go to Redef.com. They always seem to have unique and interesting content.

The launch of video streaming service Wondrium (formerly known as The Great Courses). This project was really fun, yet challenging in all the right ways. It needed a sticky, hooky melody that could carry the song while the 40 animated characters spoke/sang the verse across a pair of 60-second spots. This was both a creative and production feat and the team at DiMassimo Goldstein were golden every step of the way.

The single drone shot through the Minneapolis bowling alley released earlier this year was sick! I just rewatched it again and it still amazes me. The piloting of the drone alone was masterful but I also love how it makes you feel like you are in the bowling alley and along for the ride. I also love the overdubbed audio. "My foot wasn't over the line, mark it 8, dude." So good!

I also need to give a shout out for the use of Juice Newton's "Angel of the Morning'' at the end of Season 2, Episode 3 of The Morning Show. It is used perfectly over the episode's end montage and just captures every moment of the montage so incredibly well.

Cautiously optimistic. There is a lot to be gained but also things to be lost. To me, authenticity is vitally important. Artists should never lose sight of that. If you do things that are inauthentic, they will catch up to you. Better to have longevity than 15 minutes of fame with a few extra dollars to show for it.

I'd like to see more brands move beyond straight-up transactional deals with bands. The money for the sync is great, but oftentimes bands only see a relatively small portion of the sync fee. There are a lot of things a brand can do that don't cost money that would really help bands, like being sure to tag them in posts as a start. They could also promote tour dates or new music from the band. All of these things, and many more, would truly help the music ecosystem that brands depend on.

Music has so many magical powers. I love how it can put a timestamp on a very specific time in your life, but its ability to be a universal language is pretty unique.

I really love animals, so I'd like to think that I would have become a veterinarian. Growing up, I thought that would be my career path. Just not sure I would have made it through all the schooling.