Plus, how brands and musicians can best work together 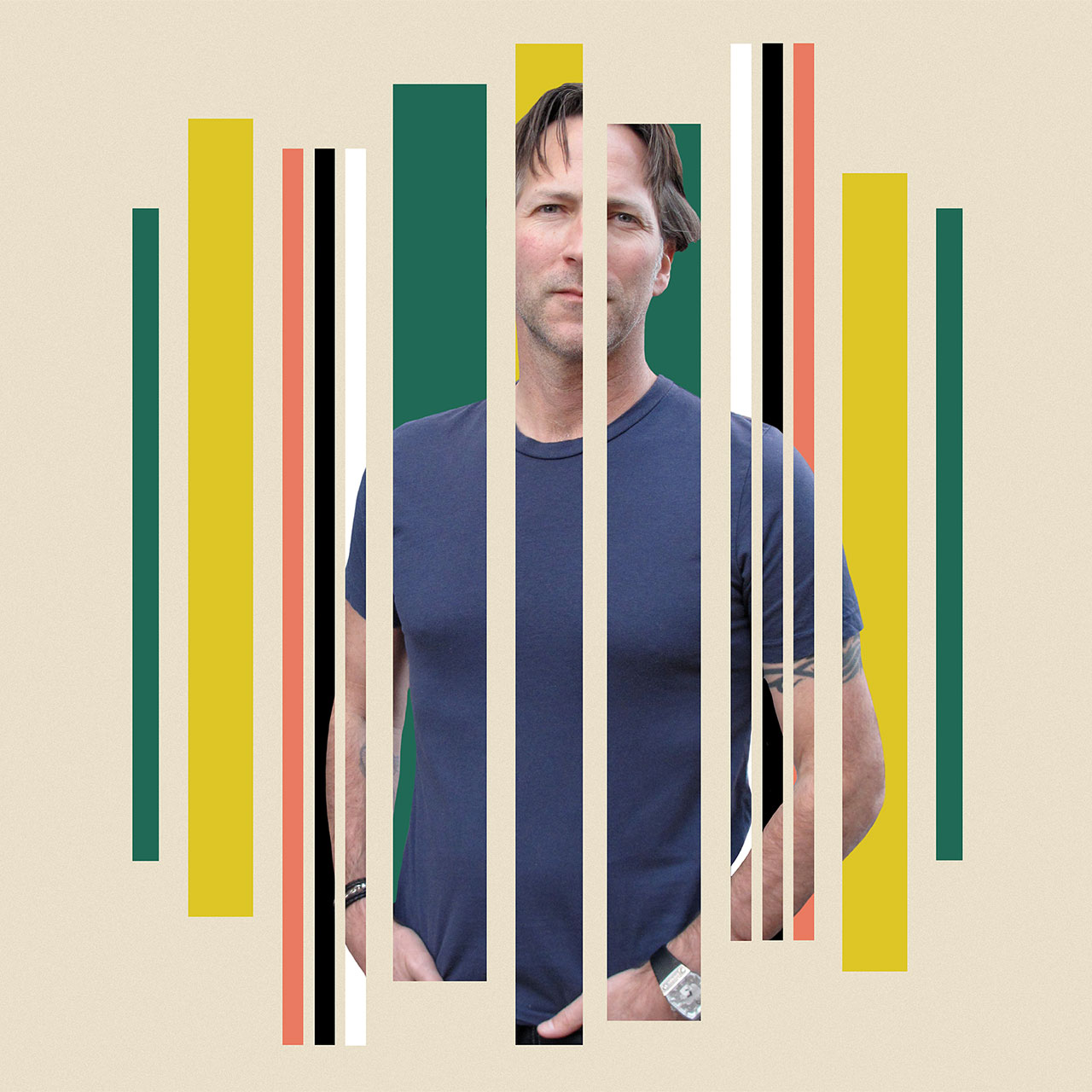 David Della Santa is a veteran music producer, music supervisor and composer who has spent over two decades in the music industry. In 2019, he co-founded music royalty intelligence platform Trqk, which is dedicated to helping creators and publishers work more efficiently while growing their income with strategic royalty insights. He currently serves as the company's chief creative officer, overseeing the development and launch of its TrqkIQ service. The service enables clients to identify and reclaim missed royalties, understand peer and industry-wide royalty trends to target more lucrative business, and maximize licensing negotiations.

We caught up with David for our Liner Notes Q&A series to learn more about his musical tastes and journey through the years, as well as recent work he's proud of and admired.

I grew up in Walnut Creek, a suburb of San Francisco. After college, I moved to San Francisco proper and bounced from warehouse loft to warehouse loft until I landed in Hayes Valley and built my first commercial music production studio. Recently, we exited the Bay Area for Austin, Texas. I've always been drawn to cities where musicians and artists congregate, and some of my favorite session players and friends have moved to Austin. Now I'm following them.

Lying on the floor of my parents' living room in front of my dad's 1970s Kenwood and playing his records when I was about 5 years old. He had the Beatles, Elton John, Billy Joel, Traffic and Chicago, to name a few. I loved Chicago and Elton John then and now. I'd put those records on and pretend I was making the sounds I heard by pressing different buttons and knobs on the stereo—an early look at my interest in digital samplers.

Rush's tour for Grace Under Pressure in 1984. The sight, sound and smell of the pre-concert shenanigans. We pre-partied in my friend's pickup camper shell in the parking lot of the Oakland Coliseum. That was the first time I'd been in a coliseum space like that. It felt so immense, but rather than making me feel small, I felt alive and part of something huge. When Rush hit the stage, I was lifted off my feet. I floated above the crowd and over the stage to the sound in my head. I've always been able to deeply analyze what I hear in music, and that night I was transported into the band: Alex, Geddy and Neil surrounding me. I was awash in sound and vibrating.

This has evolved and then devolved over the years. I loved the Cars as a kid. I remember hearing "Moving in Stereo" on my Walkman headphones for the first time. The spaciousness of the oscillator FX washed in reverb, the panned guitars and the vocal flying around my head. I was hooked. A few years later, I would get my first synth and build a computer to control it with MIDI. That started my journey into electronic music. Most of what I listened to was alt electronic stuff like Kraftwerk, DEVO, The Art of Noise, Gary Numan, New Order and Depeche Mode. Back then, I could tell you what synth made every sound in any one of their songs. Today, I like many new bands that vibe the '80s synth textures, like Boy Harsher, George Clanton and Tame Impala. However, I find that the older I get, the more I return to the Cars. No one ever seemed to top their combination of synths and guitars. I made an attempt, though, with my studio band Spy Empire.

When I was doing more ad and TV music work, young ad creatives were always eager to prove they knew their music. They would dig deep into the virtual crates to impress me, referencing obscure bands when giving me their creative briefs. I'd say, "Oh yeah, I've heard the So-and-Sos," as I typed their name into Spotify and quietly listened to some band I'd never heard of. Now when I make playlists, Spotify has a pretty good recommendation algorithm. They seemed to have cracked the code of my tastes ... except when my daughters get on my account and listen to Tayler Swift. I secretly like her, too, however. OK, I adore Taylor Swift.

In the streets of New Orleans. I don't know if it was all the hurricanes I drank or the energy that seeps out of that place, but I heard the best funk band I've ever heard on the street. I paid double for their CD. Also, the Fox Theater in Oakland has the best sound and vibe of any theater on the west coast, and guess who played one of their last shows there ... the Cars. Now I'm diggin' the rustic vibe of the stages made out of truck trailers in Austin.

I don't watch many music videos these days. I haven't fallen in love with YouTube.

When I drove my recording studio from San Francisco to Austin in a 26-foot Penske truck earlier this year, I listened to nearly all of the Rolling Stone Music Now podcasts. So I guess you can say I dig that.

Can I mention two here?

I am a co-founder of Trqk, a music royalty intelligence platform dedicated to helping creators and publishers work more efficiently while growing their income with strategic royalty insights. There is incredible value embedded in royalty data, everything from what kind of tracks tend to earn the most and for how long, what sources pay the best, and where tracks tend to be played. However, you'd need a Ph.D in data science and a degree in coding to suss out the answers and take action. That's why we created Trqk: to simplify the process so creatives can maximize their performance royalty revenue by learning where and how to spend their time.

I am also one half of Spy Empire, an electro-rock duo that fuses the moody majesty of classic synth groups like Depeche Mode and Erasure with the jangly '80s art-pop of Echo & the Bunnymen and the Psychedelic Furs. The other half is my longtime friend and co-writer/musician James Rotondi. I can honestly listen to these songs over and over and still want to hear more.

There are a bunch of great music tech projects out there that I'm excited about, from virtual recording studio apps to decentralized digital rights platforms. But the project I most wish I thought of is Descript. It's a collaborative audio/video editor that works like a document. I heard about it while talking to industry acquaintance Jay LeBoeuf, head of biz dev at Descript. It's not going to solve headier issues like low stream rates or copyright attribution issues, but it's one of those ideas that's so simple yet poised to rock the podcast world. They also have one of the best promo videos I've seen.

Get the creative brief in person! My company Volume.ms wrote music for advertising and TV for 20-plus years. My experience with brands is as a composer and producer of custom music for brands rather than pairing brands with bands. My approach to working with brands focuses on the creative brief. It's not enough to exchange a few emails about what the brand is looking for in supporting music; it's a conversation that is best done in person. There is so much that needs to be communicated, and words alone don't cut it sometimes. There's a lot of nuance that can be missed in digital communication.

For example, what are the brand creatives or spokespeople wearing, how do they speak, are they buttoned up or casual, where do their music references come from, and how old are their kids—these are just a few signals. Also important, if any of them is a part-time musician, be careful! I have stories. Give me a creative who knows squat about music any day over those who have their own musical ambitions. The novices will give honest, from-the-heart feedback on what's in their head, and that's really what's at the heart of the story. You don't get that from an email. People also give off an energy when they're absorbed in music. When I was sitting in a room of creatives or producers and playing the score I had just created for them, I could sense what they were going to say before they said it.

The above is relevant here, too. As a brand spokesperson or creative, don't be afraid of the music brief. So many people get anxious talking about music because they think they don't have a musical vocabulary. As I said above, the less you know about music, the better. After all, it's not the music I want you to impart to me. It's the story you are trying to tell about your brand that I want. It's my job to hear that and translate that into music.

The music world won't let me out. I grew up playing piano, synthesizers, writing and programming music. Although it was clear that I loved making music, when it came time to pick a major for college, I didn't follow my passion. Neither my parents nor I dared to venture into such a risky career choice. And since I also liked to build things, architecture seemed the logical path. So I majored in construction management at Cal Poly San Luis Obispo. Music wasn't done with me, though. The first thing I did in college was find other like-minded musicians and start a band. The last thing I did was graduate by the skin of my teeth and get a job as a project manager on campus at Stanford. I soon put my subcontractors to work, building me a recording studio in San Francisco, where I lucked into a 23-year career writing, producing and supervising music for TV and advertising. This last year, most of my time went into Trqk, but I am thinking about making music even as I write.