Also, the best way to use music in advertising 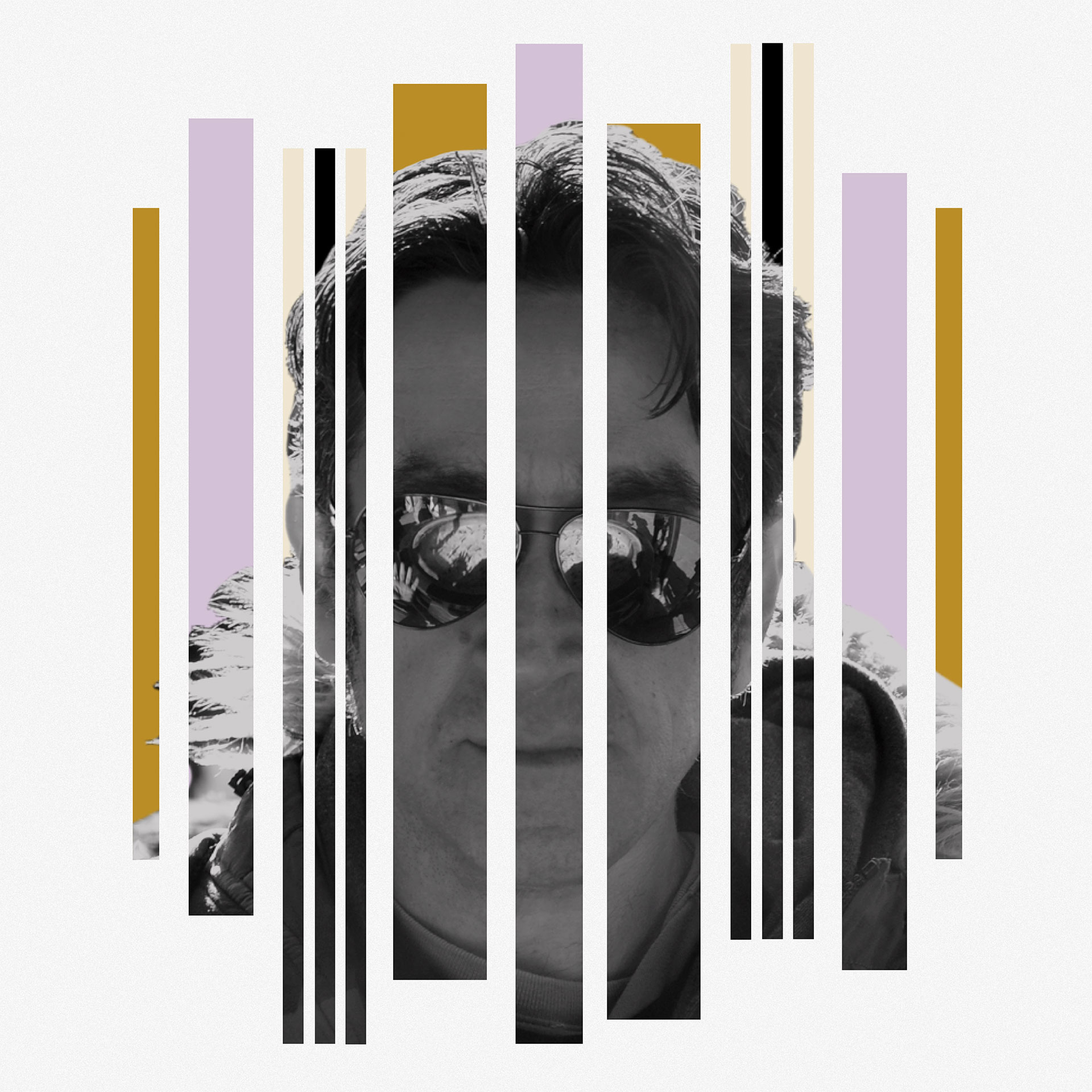 Daniel Kramer is the founder/principal creative for Visceral Glitch, possessing a unique background in music and motion design. He began his career at BBC Radio in London, creating music-oriented content for a variety of networks, including 6Music, 1Xtra, Radio 2 and the World Service. In 2005 he moved to Brooklyn, where he shifted gears from audio to motion design, crafting animated content for a range of clients from major brands like JPMC, Amazon Prime and Mike Bloomberg, to independent comic book artists. He has also art directed a variety of show packages for publishers, including Complex and Rolling Stone.

In 2018 he launched The Visceral Glitch, an Instagram page with a distinct aesthetic. The page caught the attention of Mark Stewart of the legendary band The Pop Group, who commissioned Daniel to create digital content to promote Mute's reissue of their debut album. After working with more music clients, Daniel launched The Visceral Glitch as a content studio. When Covid-19 hit and shut down the live music industry, the studio partnered with A2IM to develop a livestream—UnderCover—that gave musicians a place to perform, collaborate, and raise money for The Musicians Foundation.

Daniel has a successful Instagram account, and his art was recently used on the most recent Noel Gallagher's High Flying Birds cover. In June, he art directed, designed and animated the 10th anniversary of the Libera Awards for A2IM.

We caught up with Daniel for our Liner Notes series to learn more about his musical tastes and journey through the years, as well as recent work he's proud of and admired.

I was born in Cape Town, grew up in Dallas, spent a decade in London, and have been in Brooklyn since 2005.

My first show was David Lee Roth at Reunion Arena in 1986. I was 12 and had worn out my cassette of "Eat 'Em and Smile." My dad took me and my mates to the show. He isn't into music and got us seats as far away from the stage as possible. We could barely see the show, and the sound was terrible, but what I remember most were these two guys in front of us who smoked eight joints during the show. My friends and I had a great time.

Mcluskey was this perfect intersection of perfect angular pop that jolts your body and irreverent lyrics that make you smile. They sounded somewhere between early Pixies, Pussy Galore and Mission of Burma. The first time I heard "To Hell With Good Intentions," my ears lit up with joy.

They only released three albums during their short life, but I've never heard anything come close to what they were doing. I was lucky enough to see them a few times, including once with the Liars and the Yeah Yeah Yeahs.

My ears are always craving new sounds. I have a pretty good grasp of new releases and reissues between Rough Trade, Townsend Music, All Music, and Fat Beats. Nothing beats word of mouth, though, and Spotify is a great place to test out music before I commit to the vinyl. One of the best parts about working on the Libera Awards this year was that I could hear some of the best music released in 2020. The music I'm meant to hear always finds its way to me.

There is a special place in my heart for gigs at Prospect Park. There is a short window for shows to happen there and within it there is a huge variety of acts that perform on that stage. In 2012, my wife went into labor during Sigur Ros and it's the only place I can take my daughter to see shows.

"Fell in Love with a Girl" by the White Stripes.

It doesn't get better for me than a stop motion Lego video. I'm a big fan of all Michel Gondry's work, but the idea of animating Lego blew my mind.

The White Stripes | Fell in Love with a Girl

I've not been able to find a good music-focused TV show or podcast that resonates with me.

I wrapped up production on the 10th Anniversary Libera Awards for A2IM.

This was the first time for me art directing an award show. We had a small team, and I took care of art direction, design, and animation. It was an enormous amount of work, but it came out looking great in the end.

I'm very excited about the Steve Keene art book coming out. My friend is producing it, and it's been a labor of love for him. It was incredible to see the early stage of it through a Kickstarter campaign.

Musicians should approach working with brands with the understanding that their music will be used to sell a product. This is not the place for pure artistic integrity. If the band is very precious about their music or a song, then maybe this isn't the right place for it, and that's ok.

There is a lot of love and crafting that goes into writing music, and brands should respect that. There is nothing more off-putting than hearing a song obscenely misused. Recently I heard "Juice" from Lizzo was used to sell paper towels. That's just offensive and totally misses the point. Music can help lift a brand or a film, but it needs a bit of dignity and respect.

Music has the ability to time travel. Songs have distinct memories, and through listening to the song, you can be transported back to when you first heard it.

If I didn't work in music or design, I'd probably be working with food in some capacity. I love to cook, and it's a great release for me. I love figuring out different flavor combinations and pulling together various flavors, tastes and textures.