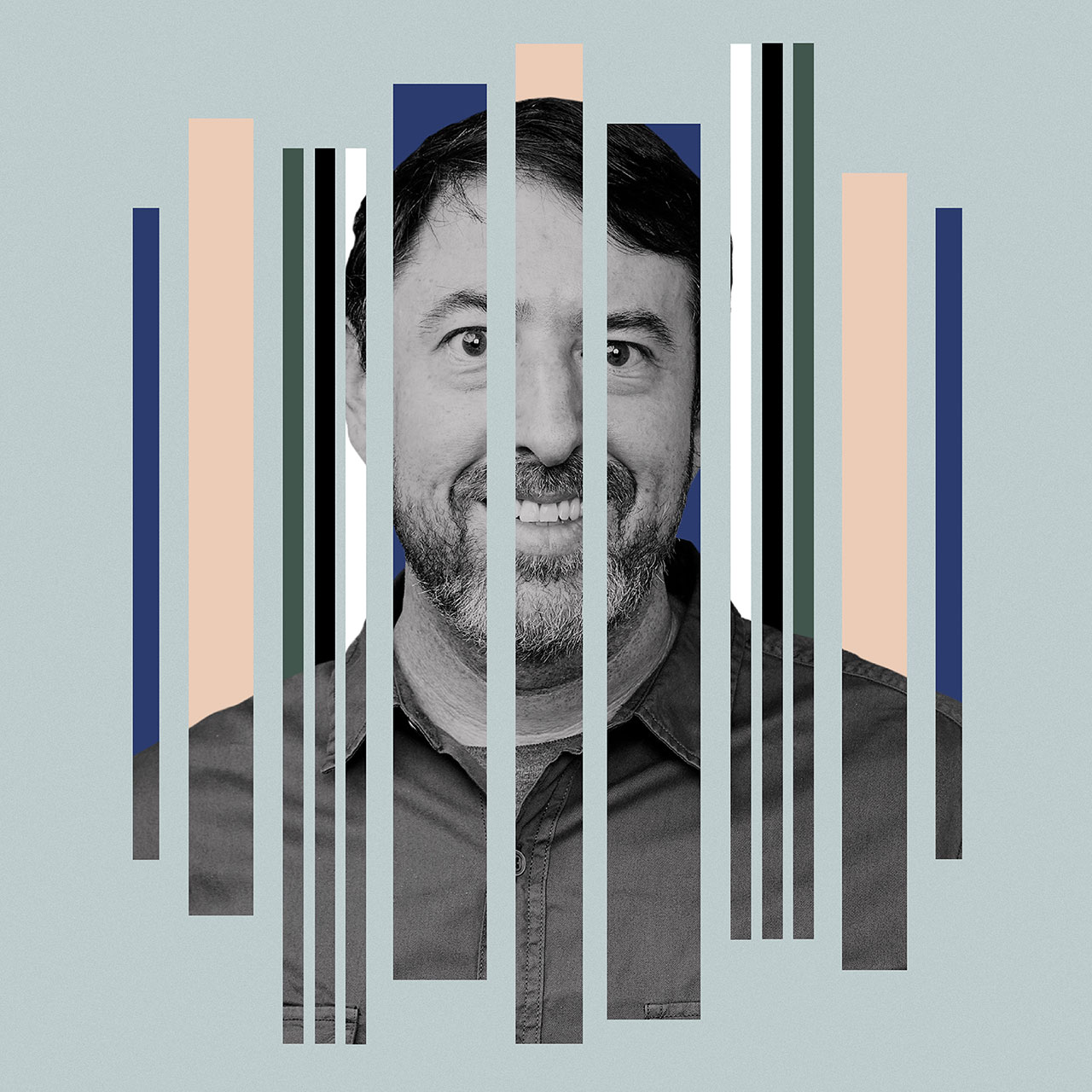 Jon Bahr serves as the VP of business development and licensing at leading distribution and rights services company CD Baby and actively works with sister companies FUGA, AdRev, found.ee, Soundrop, and Downtown Music Services, among others, within Downtown Music Holdings.

Prior to joining CD Baby in 2016, Bahr worked at ASCAP for over a decade, where he was most recently senior director of marketing and communications overseeing ASCAP's advertising, sponsorships, member benefit partnerships and marketing campaigns.

We caught up with Jon for our Liner Notes series to learn more about his musical tastes and journey through the years, as well as recent work he's proud of and admired.

I grew up in Providence, Rhode Island. After graduating from Williams College, I moved to Brooklyn. Nearly 20 years later, when the initial Covid shutdowns started, my family headed to my childhood home in Providence, since my parents were retired in New Hampshire. We have been here ever since ... and life is going quite well.

I'm not sure if my rock 'n' roll path of life has caused my memories to lean toward music, but an early childhood memory was from when I was about 5 playing on the swing set at Ian Anderson's (Jethro Tull) house with his kids in the farmlands outside London. How did I get there? Well, my dad wasn't a rock manager, he is an eye doctor. A few years prior, at Madison Square Garden during the encore of a Jethro Tull show, Ian Anderson got hit in the eye with a rose. After that, prior to the Providence show, my dad examined him as an emergency. The band canceled some shows and had my dad hidden on stage to examine him mid-show.

Ian gave his number to my dad. A year or so later, we were in England on vacation and actually called him. Ian Anderson invited our whole family over and I remember playing on a swing set on his farm. While working at ASCAP, I got to meet Ian again and it turned out his son I played with was the drummer in the band.

I distinctly remember being at an outdoor John Denver show in Providence, close to my house. In my memory, it was July 4th since there were fireworks and I remember him getting the key to the city. The "key to the city" was a mind-blowing concept, and I had a lot of questions for my parents about the lock it opens. Thanks to the joys of Google, I can confirm all the details, except that it wasn't July 4th, it was September 1985.

I think your formative teenage years are the root for most people and mold your future music tastes. For me, a couple of those I loved the most were Led Zeppelin and Steely Dan. My local favorites, The Slip, drew me toward jazz and improv with a rock sensibility and they also got me to be a rabid concert-goer. Some of their cover songs and influences later opened my sonic palette to the amazing tones of Built to Spill and led me down an indie rock path of the 2000s.

A lot of my listening is keeping up with new music from past favorite artists, revisiting my rotating favorites of the past year, and keeping up with new music bubbling up. To not miss releases, every Friday I go through a few trusted sources, such as MediaREDEF Music's Friday email. I go through those and "favorite" certain albums and songs on Spotify. That acts as my listening "to do" list for the week.

In NYC, there are places of every size that are pretty special, like the Bowery Ballroom on up to the magical venues like Kings Theatre, the Beacon, Radio City, or Angel Orensanz, which rarely hosts shows. Traveling for work or shows has allowed me to see the other special rooms and spaces, like The Doug Fir (Portland, Oregon), the 9:30 Club (Washington, D.C.), Red Rocks (Colorado), and the Ryman (Nashville). A favorite dirty rock club no longer open is The Living Room in Providence.

The monumental videos of MTV in the late '80s and early '90s were really groundbreaking as an entertainment genre. The high-production videos by Anton Corbijn were really amazing, but the creativity of Peter Gabriel's videos like "Sledgehammer" were favorites of mine.

I like that some newer mainstream shows have put a spotlight on the craft and process of songwriting, such as Songland (NBC) and Song Exploder (Netflix/podcast). We have distributed quite a few of the songwriter contestants' songs from the show as well as a second song Aloe Blacc recorded when he was the featured artist on the show.

In podcasting, there have been some really fantastic one-off music-focused episodes on various podcasts like The Case of the Missing Hit (Reply All) and The Mystery of the Shared Earbuds (Build For Tomorrow). The Wind of Change podcast series was also excellent and included a CD Baby artist's song as the score.

Our favorite license of 2020 was definitely Megan Thee Stallion's recent single "Body." We still distribute and publish some of Megan's early releases. For "Body," we got a request for a CD Baby distributed recording of a—earmuffs, kids—female orgasm that was being sampled in the new song. Our role at CD Baby is both to educate and be the best business resource for our clients, who often have never licensed or priced their music. We reached out to our client to teach them about their rights and our ability to negotiate fair compensation. We then represented them in the negotiation, which got them a part of the master and publishing of the new major label song. This obscure recording they released will be earning them royalties for the rest of their life. You never know what will happen when you opt-in your music to CD Baby licensing! Here is Megan discussing that not-so-PG sample licensed by CD Baby:

I got the chance to meet and work with Aloe Blacc during my time at ASCAP. More recently, after he left Interscope, we released a number of projects of his, including a Christmas record of nearly all new originals. During the pandemic alone, I've had I think four moments of hearing Aloe's voice appear in the perfect song placement with a song recording I've never heard by Aloe—from the new song for an early pandemic Google ad to a tender Rolling Stones cover in "This Is Us." He made it to the final episode of the Masked Singer as the Mushroom.

Regarding Aloe (and something we were involved in), last summer we actually recorded a great version of John Sebastian's "Welcome Back" with Aloe and Scott Storch. A timeless song pub admin-ed and licensed by our sister company Downtown Music Services. It's a song that has obviously gotten more use during the pandemic and will see a lot of use as the world opens up. CD Baby, Downtown Music Services and other sister companies, like FUGA, collaborate daily around sync briefs and pitches. CD Baby's sync licensing catalog has a plethora of covers of Downtown Music Services administered songs, so we have a lot of creative ways to work together similar to the Aloe Blacc example.

Most musicians will have isolated brand opportunities and it's important to either seize those opportunities or learn how to network, using those to get your second brand project. It's also critical to know the roles and processes for the area you are pursuing. The decision-makers and roles in advertising creative versus brand content projects are very separate so it's important to see the whole board.

Unlike anything else, music can create feelings and emotions in an instantaneous way. It feels like it's always existed to fill the air and be heard. It can heal, create memories, unite and bring happiness. We've had songs from so many different countries spike in the CD Baby catalog due to some virality, including the first Arabic viral crossovers with tons of English speakers dancing to a song in Arabic on TikTok. Music is global and can cut through culture like nothing else.

I think I'd be drawn to some form of partnerships or brand work in sports. I wrote my college application essay on my obsession with my mini-golf score analysis and tracking.