Plus, how the label works with new artists to identify potential brand partnerships 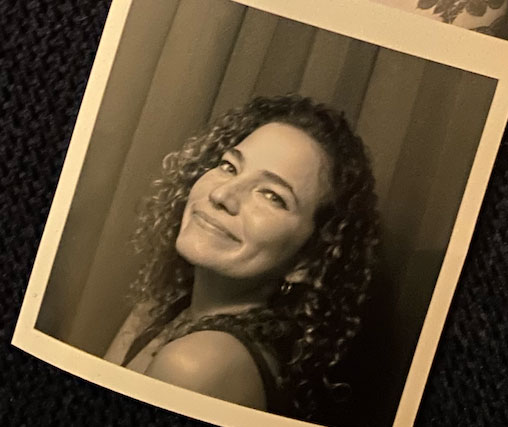 Catie Ginsburg is head of sync and partnerships at Left Music, Partisan Records and Knitting Factory Records. She works with genre-spanning artists from Cigarettes After Sex, IDLES and The Black Angels to Fontaines DC and Laura Marling.

Over the last decade, Catie has worked closely with the Fela Kuti estate, reissuing his entire catalog both digitally and on vinyl, and has worked with artists such as Erykah Badu to curate limited edition vinyl box sets. Catie has worked with a variety of brands including Carhartt, Gucci, Stella Artois, Jameson, Ralph Lauren, Supreme, Apple, Google, Levi’s, Vans, etc., and has placed a plethora of music in TV shows, games, trailers and films such as Peaky Blinders, Killing Eve, Atlanta, High Maintenance, Narcos, Grand Theft Auto, Red Dead Redemption, Sony Pictures, Universal Pictures, A24 and more.

We caught up with Catie for our Liner Notes series to learn more about her musical tastes and journey through the years, as well as recent work she's proud of and admired.

I grew up in Fort Worth, Texas, spent a few years in NYC and London, and now I'm currently in Los Angeles.

For some reason the first memory that pops into my mind is my dad's VHS of Queen Live at Wembley Stadium playing on our TV. I have this vivid image of Freddie Mercury prowling the stage in a yellow jacket with a million buckles.

The first concert my parents took me to was Peter, Paul and Mary when I was like 6 months old. But my first concert that I chose to go to was Barenaked Ladies with Semisonic opening. I went with my best friend and her babysitter, who we made buy a ticket two rows behind us so we could act like we were at the show solo without a chaperone. We legit thought we were the coolest 12-year-olds in the world. Fourth row singing every single word to "One Week" wearing matching Limited Too halter tops and Dr Pepper Lipsmackers. Wow.

The Velvet Underground. They cracked my brain open. Somehow I ended up with a burned mix CD from one of my friend's older brothers and it included "Sunday Morning" and "Heroin." I ate it up and eventually downloaded The Velvet Underground & Nico on Limewire, and from that point on I was ready to leave Texas and move to NYC as soon as I possibly could. I had an art class in high school and you were allowed to bring in CDs to play on the boombox to listen to while everyone worked. I was so obsessed with their song "Heroin" that I burned it on a CD like 12 times so I wouldn't have to press repeat and played it the entire class period. My teacher wasn't so stoked, and after that we were no longer allowed to bring in our own music—FM radio only. I'm not much of a crier, and when Lou Reed died in 2013, I spent the day weeping on the couch with my ex-boyfriend in Bushwick. VU opened my eyes to a whole new world of music, fashion, books and films and was the entry point for me to discover everyone from from the Stooges to Spiritualized to the Strokes.

Shazam comes through for me all the time. I'm a huge fan of NTS Radio; whenever I'm stuck in a rut I turn to them for help and guidance. I need to shout out La Bestia in CDMX because they're the sweetest humans. We have a Partisan Slack channel where everyone is dropping in new and newly discovered music recommendations; it's the closest we can get to an office aux cord and some of my co-workers have very good taste. I also have a DJ collective—what up DJ Babes Abroad—with my two best friends, and the three of us are constantly sharing our music obsessions with each other.

Glastonbury Pyramid stage on a dry, warm British summer night is one of the most special places on earth to see a show.

I'm giving you two: Beyoncé "Formation." I was kinda drunk alone in a hotel room in Paris the first time I saw it, and it literally made me gasp out loud. The artistry, the power, the pride, and the way she captured the New Orleans essence in such a visceral way. She's worthy of every single accolade sent her way.

Blink 182 "What's My Age Again"—which I've just realized came out 23 years ago 😯—was such a defining track in my middle school years. I remember seeing the video on MTV of three of them running around naked and just thinking it was the wildest craziest thing ever. And Tom DeLonge was so hot back then.

Going back to my teens for this one—The OC and Skins were two pivotal shows for me and fully shaped my musical tastes and love for music supervision before I even knew that was a real job that existed. Those soundtracks were everything. And I have to thank The OC for introducing me to one of my forever favorites—Mazzy Star—during that iconic scene down in Tijuana.

VH1 Behind the Music was iconic. I've been meaning to revisit some of the older episodes. And I love a good music doc. Summer of Soul was one of the best films I saw last year. Highly recommend it if you haven't seen it yet.

I've been working with the Fela Kuti estate for almost a decade now, and it's something that has brought me such an immense amount of pride on both a personal and professional level and we've been able to do some amazing things together. We've collaborated with Carhartt, Daily Paper, Online Ceramics and a few other brands in the past, and are working toward some bigger partnerships for 2023. One of our biggest goals as Fela's record label is to protect and build his legacy by finding new fans and outlets for his music and his message.

My sweet friend and fellow Texan Tierney Stout—whom I interned for when I was a tiny, fresh-faced innocent 20-year-old—is the director of global music marketing at Vans, and she's consistently working with amazing artists on long-term campaigns. I've been lucky enough to work with her on a project with Vans and IDLES, and her passion and drive to do right by every artist she works with is so admirable. Watching her create and nurture Vans relationship with Anderson .Paak has been incredible.

Bandcamp is using their platform for good in such a tangible way; they've constructed an easy way for artists, labels, etc., to consistently donate to charity on a monthly basis.

Jen Malone, Sam Levinson and Labrinth's work on Euphoria is unparalleled; I was in awe watching the new season.

Be selective! If your gut is telling you no, then don't do it. It works best when it's a brand that a musician actually uses on a regular, day-to-day basis. Instagram is obviously great for this; slide into their DMs, tag them, etc. It's a direct line. As a label, when we sign a new artist, one of the first things we do is ask them their favorite shows, films, directors, games, clothing brands, food brands, what weed they smoke, alcohol they drink, gear they use, restaurants they like, shoes they wear, etc., and we go through that list and see where we have connects and seek out new ones if we don't already know someone. It's the perfect jumping point to start figuring out where it makes sense to integrate a brand partnership into a campaign. There will always be parameters in place from the brand, but there are ways to get creative within those parameters and make something that excites you as the artist.

Be cognizant of what you're asking and do your research on the artist, who they are and how they present themselves to the world—and don't ask them to do anything that would feel "off-brand" for them as an artist. Listen to them. They're creative humans, and working together can often result in something even greater than you were expecting. And pay them well, please. <3

I'm not sure how to answer this one without sounding super cheesy ... music connects you to people, to places, to feelings, to specific moments in time. It gives you the highest highs and lowest lows. It's the soundtrack to our human existence.

Living on an island in the sun making ceramics in my open-air oceanfront studio.