beatBread's Peter Sinclair on Helping Musicians Create on Their Own Terms

Plus, Phish, George Clinton, and music innovations from H.E.R. and Revelator 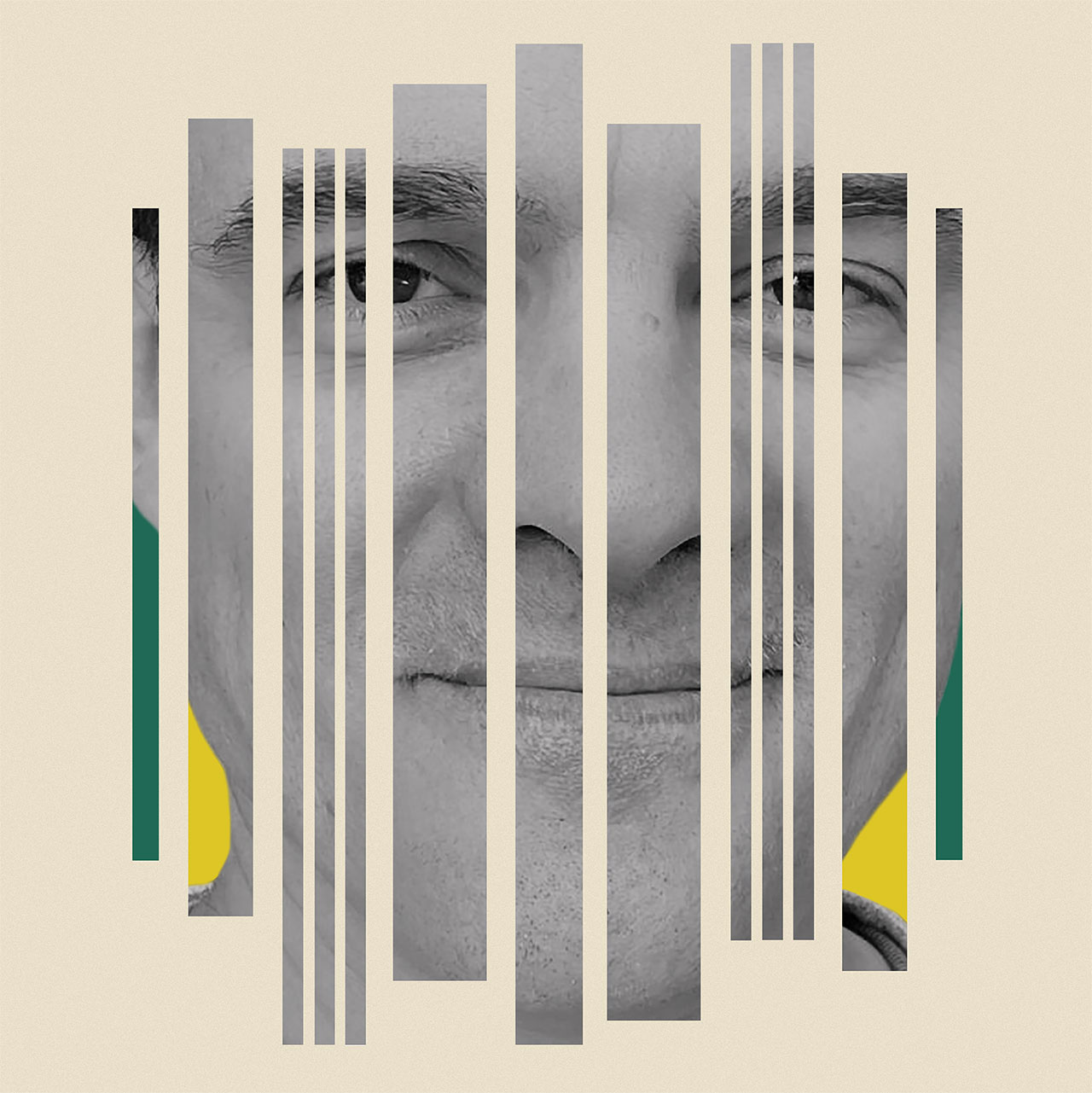 Peter Sinclair is an entrepreneur with deep expertise in launching and elevating digital-forward businesses in the financial, music and consumer product sectors.

He co-founded beatBread in 2020 as a means to empower more artists to make a living from their music without giving up ownership of their masters or the ability to make their own career decisions. Since launch, beatBread has helped artists with advances against streaming revenues from new and catalog tracks, giving them the financial freedom to build the team and partnerships that work best for them.

Peter saw the urgent need for a new paradigm in artist funding first hand through five years spent overseeing ecommerce for the largest music company in the world, Universal Music Group. Prior to that, Peter led marketing at US Venture Partners startup ScoreBig.com, a ticketing venture focused on the monetization of excess inventory at sports and entertainment events.

I grew up in Vermont, a few hours north of Boston. We were pretty much "in the woods," and we couldn't see another house from my house. Our driveway was a third of a mile long, and it was all dirt. I now live in Pasadena, California.

It was probably my mom playing The 5th Dimension in the afternoons when I was a toddler. We had an open floorplan '60s or '70s style house with multiple platforms or levels, and I remember afternoons where my mother would be in the kitchen and I'd be playing their music one level down. She'd be making me lunch, singing along, and I'd be looking up at her with the record player and the speakers tucked into a shelf that separated the two rooms. Imagine a fan at the front row of an EDM concert, except there was only one fan, and the DJ was singing "The Age of Aquarius" while making a peanut butter sandwich.

Given where I was brought up, naturally it was a Phish show. I realize I'm dating myself, but not so much that they were still playing small clubs. I was maybe a sophomore in high school, and they were big enough at that time to be playing in front of more than 1,000 people, but small enough that they'd let their sister's little bro back stage for a beer after the show.

That's got to be George Clinton. I saw him live when I was in college, and it literally changed my entire musical taste. I've seen him at least 50 times since. A poster of him looks down on me over my work desk, every day.

Does Public Enemy blasting through my daughter's bedroom door count? That was my proudest moment as a dad when that happened. In reality, though, it's mostly streaming services while sitting in L.A. traffic or walking the dog. It is an enduring miracle how much I enjoy my own musical taste. I think everyone has eclectic taste, I happen to listen to a lot of Parliament and Sly and the Family Stone, a fair amount of hip-hop from the '90s through 2010, and an ever-declining amount of '70s and '80s rock. I'm not that old, but for whatever reason, that's what I listened to in high school—Zeppelin, Aerosmith, Jane's Addiction, The Police. "Newer stuff" I listen to includes Kendrick Lamar, H.E.R., A$AP Rocky and Kacey Musgraves. Every six or seven months, I go on a one or two-week Dolly Parton kick. You can't convince me she's not a Mozart-level musical genius.

The Rose Bowl in Pasadena for iconic acts, as it's a few minutes from my house, but I prefer any sweaty little venue that doesn't hold more than 200 people. Little college venues are my favorite. It always feels like half the crowd is discovering something entirely new when you go to a college show, probably because half of them showed up because they had nothing better to do. I love that moment of discovery and awe when you hear something great for the first time, and it's in a small, personal space.

I grew up in the MTV era, but in a home that had no cable and parents who rationed TV time—but not music time!—so I'm sorry to say I just have one. I guess I'd have to say "Thriller"? Is there anything better, ever? Honestly, I don't know. I don't watch music videos.

It would have to be the Broken Record podcast with Rick Rubin and Malcolm Gladwell. It features mostly artists and writers who I have never listened to, but it's amazing to get inside the heads of uber-talented creative people, whatever their tastes.

I'm proud of what we have achieved in such a short space of time with beatBread. We're helping tip the scales in favor of musicians. I look at artists like high on you., who felt that moving to Nashville would help him grow his career as an artist, and an advance from us enabled him to make that a reality. Or nappy 01', who wanted to be able to walk the line between major labels and independence. He used an advance from us to supercharge his career, but also worked with Warner to help drive further awareness. This flexibility is important to artists, and I'm proud of the role we play in creating options for them.

On the music side, I really like H.E.R. It's different enough to me that it feels fresh, but it tickles just enough of my traditional funk biases. And it feels like she's trying to accomplish and "say" something to me, not just "be" a star.

On the business side, I really admire what the guys at Revelator are doing. Revelator is an Israeli music tech company that offers a very intuitive, sophisticated but ultimately very simple backbone for independent labels and distributors to run their businesses. And they are at the forefront of using the blockchain in the right way in music, not as a multilevel marketing money grab for tech bros who honestly don't understand the first thing about music fandom or the real value of music as art. Instead, Revelator is leveraging the blockchain as a utility to make complex music accounting systems more efficient, replacing the byzantine and wasteful legacy systems that ultimately work against the interests of artists. They are doing all of this with a practical approach that starts with where the business is today, but moving it to where it needs to go. And as a team, they are smart, nice and values-driven to boot. I'm a fan.

I don't pretend to be an expert on all things in the music business. I wouldn't trust myself to manage an artist's brand, or for that matter, I wouldn't trust anyone at beatBread to manage an artist's brand. Our whole philosophy is to focus on the finances, empower people who are good at those things, and get out of the way. But in case you don't want me to dodge the question, here you go: Carefully! I think the fans can still "smell" when a tie-up is purely about money and isn't authentic. And the cost of a miss hurts the artist way more than the brand.

With the word "authentic" at top of mind.

Other than comedy, I believe music is maybe the only medium that can really change someone's mind about an important issue. It would be nice if people were ruled by reason, but that's not the case. Without getting too political, I'd just comment that these are scary times we are in. If anything saves us, it will be comedy and music, IMHO.

It's funny, I call myself an "accidental participant in the music business" because I joined UMG a few years back at a time when I needed a corporate job for family reasons (a health issue with one of my kids). I honestly don't think about what "might have been" right now, because I have too many things to deal with every day, big and small. I'm guessing I'd be working in a startup, on some problem with a product that I believed had potential to do real good in the world. It would be something I'd be proud to tell my parents that I'm doing with my life. beatBread fits that bill for me. It may sound cheesy or hokey, but the team at beatBread are all trying to accomplish something beyond building a business… we're all doing our best to make a positive dent in the world, where more musicians have more choice to make music on their own terms.