Nurses Fill Up on Mom's Love, and Home Cooking, in This Sweet Film From Cox

180LA whips up a comforting recipe 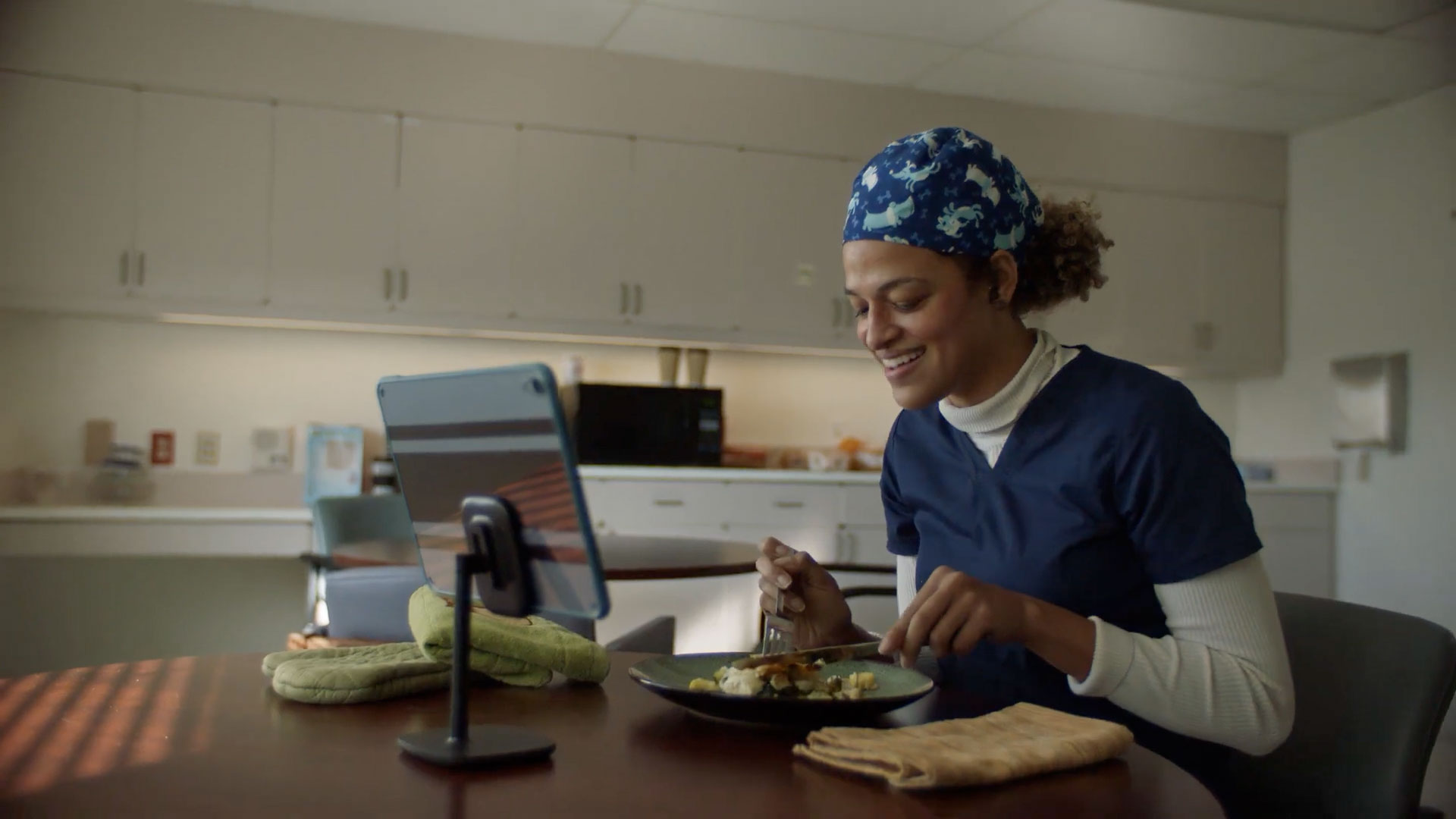 In the short film below, we meet three nurses—Megan, Steven and Anjelica—fighting to save lives on the front lines of the pandemic. Afraid of spreading the virus, they haven't visited their parents in months, and that's taken a heavy emotional toll.

Cox Communications offers comfort to these healthcare heroes with hearty helpings of their favorite mom-cooked meals from home, plus video calls with their folks:

"With many of us thousands of miles from our own parents, the inspiration for this idea was, without a doubt, all of us missing our moms," says Mike Bokman, creative director at 180LA, which developed the "Full of Love" campaign as part of Cox's broader Connections Project.

"As we talked about it, the idea of food kept coming up," Bokman recalls. "We realized they are sacrificing not just the hugs and being together, but the opportunity to break bread with their families, to taste their moms' cooking, to have that comforting feeling of being taken care of."

While video chatting is a great way to help families keep in touch—and naturally, a key selling point for Cox—"in the long run, humans need to love with more than two senses," Bokman says. "And there is nothing like tasting your mom's cooking. Nothing like stepping into your parent's house and having those familiar smells."

This seems especially true during the food- and family-focused year-end holidays, when folks all over the world gather with loved ones for lavish meals.

"It's that familiarity, what we've tasted since childhood, those specific flavors and smells that immediately bring us back to a safe, comforting place," Bokman says. "There is so much love packed into Mom's food. It transcends cultures and constitutes one of the highest forms of human connection."

From a brand perspective, "the most meaningful connections are the ones people share with each other. So, we're enabling ways to reach out and be there for the people in our lives," says Rachel Negretti, Cox's director of brand strategy and new media. "The work is about the power of connectedness to get through difficult times. We want to be seen as an enabler of that."

180LA and Tool director John X. Carey shot for several days in November, with the team deeply moved by the nurses' willingness to face personal danger, and their courage in the face of "the loneliness that comes with being away from their families, of losing contact with friends, of staying in hotel rooms, of eating frozen dinners and bowls of cereal, alone," Bokman says. "They were so eloquent in describing what it is like in the current nightmare that is their lives."

"It was also fantastic to hear from their parents," he adds. "Sure, they are worried about their frontline workers, but more than anything, they're so proud of the work their kids are doing. And when we shared with them the idea of making food for their kids, the moms immediately knew exactly what meal they were going to make."

"We hoped it wouldn't come off as false or flat—but those worries disappeared when the nurses walked in and saw their moms [on tablet screens], with their favorite meals in their moms' actual dishware," Bokman says. "They just opened up, and we could feel the genuine appreciation. And then we just allowed those meals to play out, letting them have the 30 minutes to eat and chat and truly connect. It was beautiful."