Marvel and AHN Made a Comic Book Inspired by Real Nurses

Who says healthcare workers don't have superpowers? They can't leap tall buildings in a single bound, but during the pandemic, they've saved countless lives through their skills, sacrifice and perseverance, often at great risk to themselves.

To celebrate the tireless efforts of nurses everywhere, Allegheny Health Network and Doner teamed up with Marvel to create a comic book that tells tales from the front lines of ICUs and emergency rooms amid the ongoing crisis.

"The Vitals: True Nurse Stories" presents three scenarios that nurses live every day. Naturally, Covid-19 is the enemy, and the pages come alive as they wake in darkness, head out before dawn and put in stressful days at the hospital: 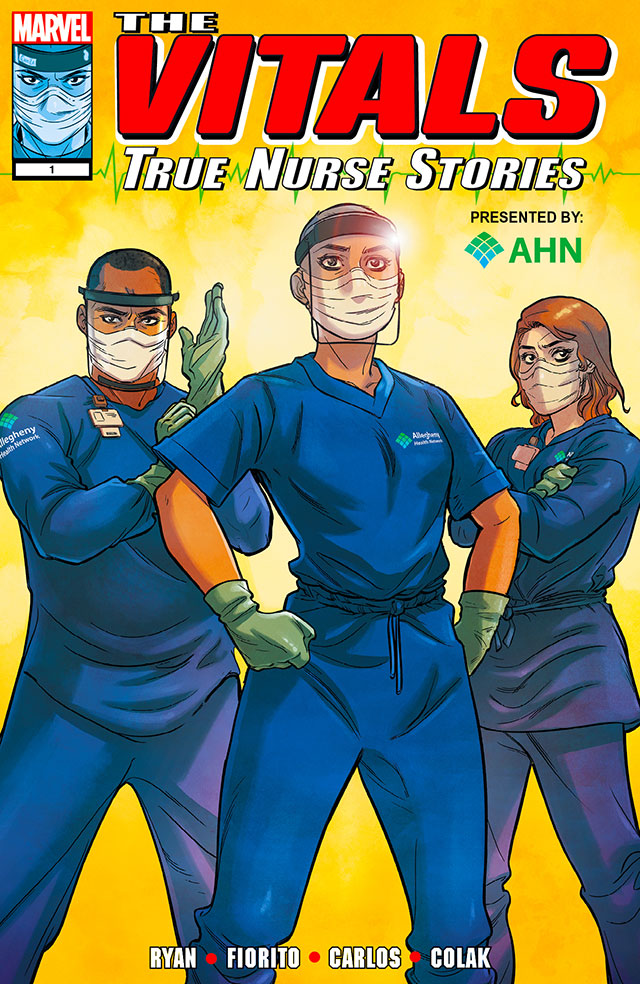 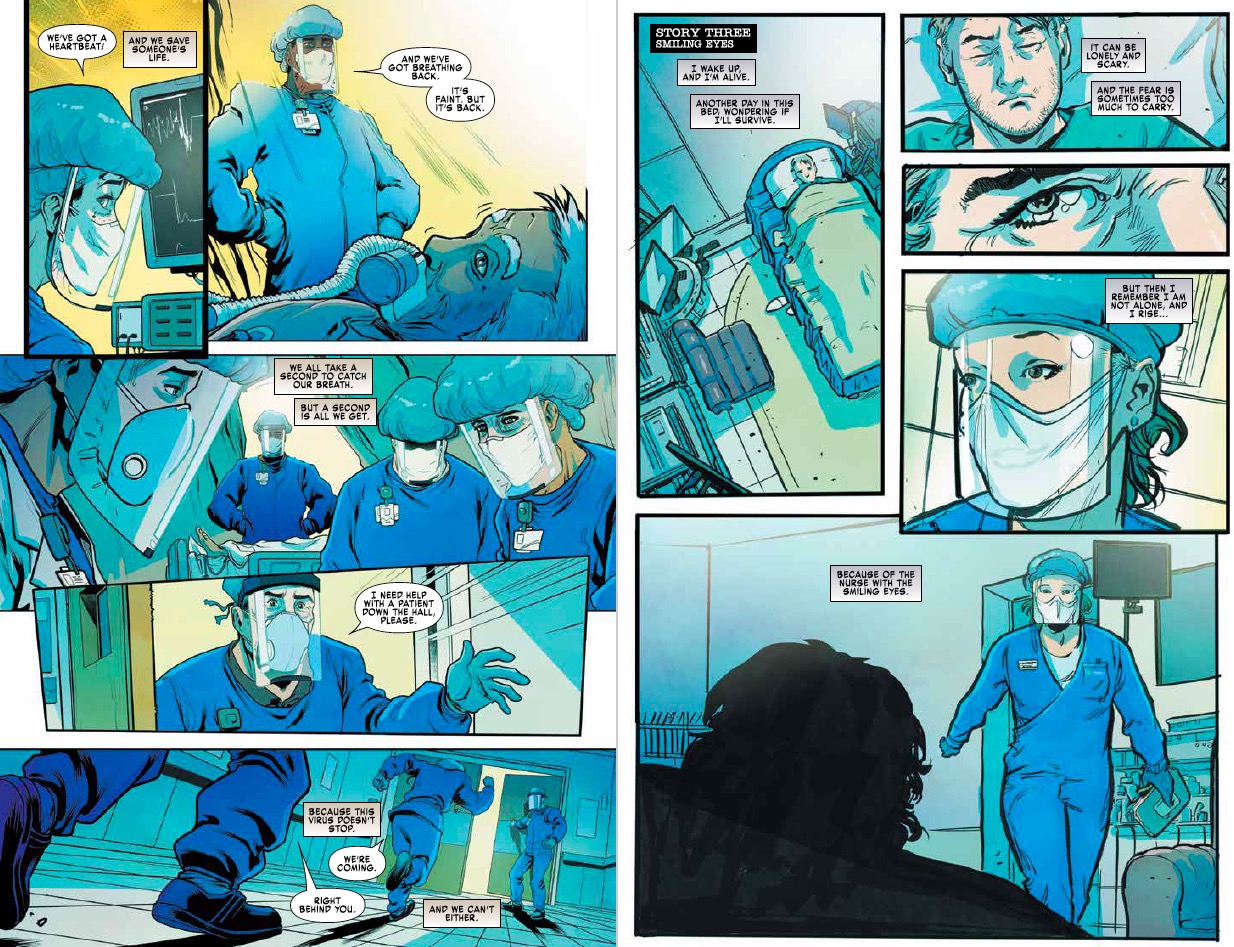 The first story, "Cut Through the Noise," shows how nurses tune out nonstop media coverage of the coronavirus and other negative inputs to focus on the task at hand. In the harrowing "Can't Stop," they bring a man back from the dead, though there's no time to process the experience or regain their equilibrium, given the endless flow of patients.

Most moving, though, is "Smiling Eyes." It's told from the perspective of a thirty-something veteran battling the virus. Though he struggles physically and misses his wife and kids, the care and attention he receives never fails to lift his spirits.

We've seen frontline workers salutes as superheroes during the pandemic before, notably in this stirring campaign from McCann Belgrade. "The Vitals" packs similar emotional power, using the classic comic-book form to great advantage as it puts readers inside the lives of brave human beings willing to "just do their jobs" no matter how rough it gets.

Doner based the stories on real-life experiences of nurses staffing AHN's 13 medical centers in Western Pennsylvania. In the affecting film below, some of them share the comic with their families:

"The World Health Organization designated 2020 as the Year of the Nurse. It was always supposed to be a year to celebrate nurses. But then, the pandemic hit, and more was being asked of nurses than ever before. So, we developed a creative brief and invited the whole agency to participate," Doner svp and brand leader Jamie Heberling tells Muse.

"The assignment was to develop a disruptive and powerful way to show gratitude for differences nurses have made during the pandemic. While people were already busy with their day-to-day responsibilities, more than 100 people showed up over Zoom to pitch their ideas for this brief."

Ultimately, the team decided that only a full-blown Marvel comic book would serve to celebrate the selflessness of AHS nurses.

"Our most important target are nurses—specifically, the nurses at AHN," Heberling says. "We want to thank, recognize and show nurses how we value their role and contributions. They are true heroes. The secondary target includes their families, the AHN system, the people of Pittsburgh, and the U.S. This idea applies to all nurses everywhere, and they should be celebrated."

"The Vitals" is available for free via e-reader on Marvel.com, with a print version distributed at AHN hospitals and recruiting events.

"We hope that in seeing themselves as real Marvel Comics superheroes, they can take a moment to look back in pride on their exceptional work and compassion during an exceptionally difficult time for our communities," says the system's chief nurse executive Claire Zangerle.

In October, we saw another notable comic-book PSA campaign from Travelers Insurance and TBWA\Chiat\Day New York. That effort honored a child killed by a distracted driver, casting him in an adventure called "Zaadii The Legend of Z-Hawk."