New Campaign Explores Romance and Privacy for People With Down Syndrome

The right to special time for 'Just the Two of Us' 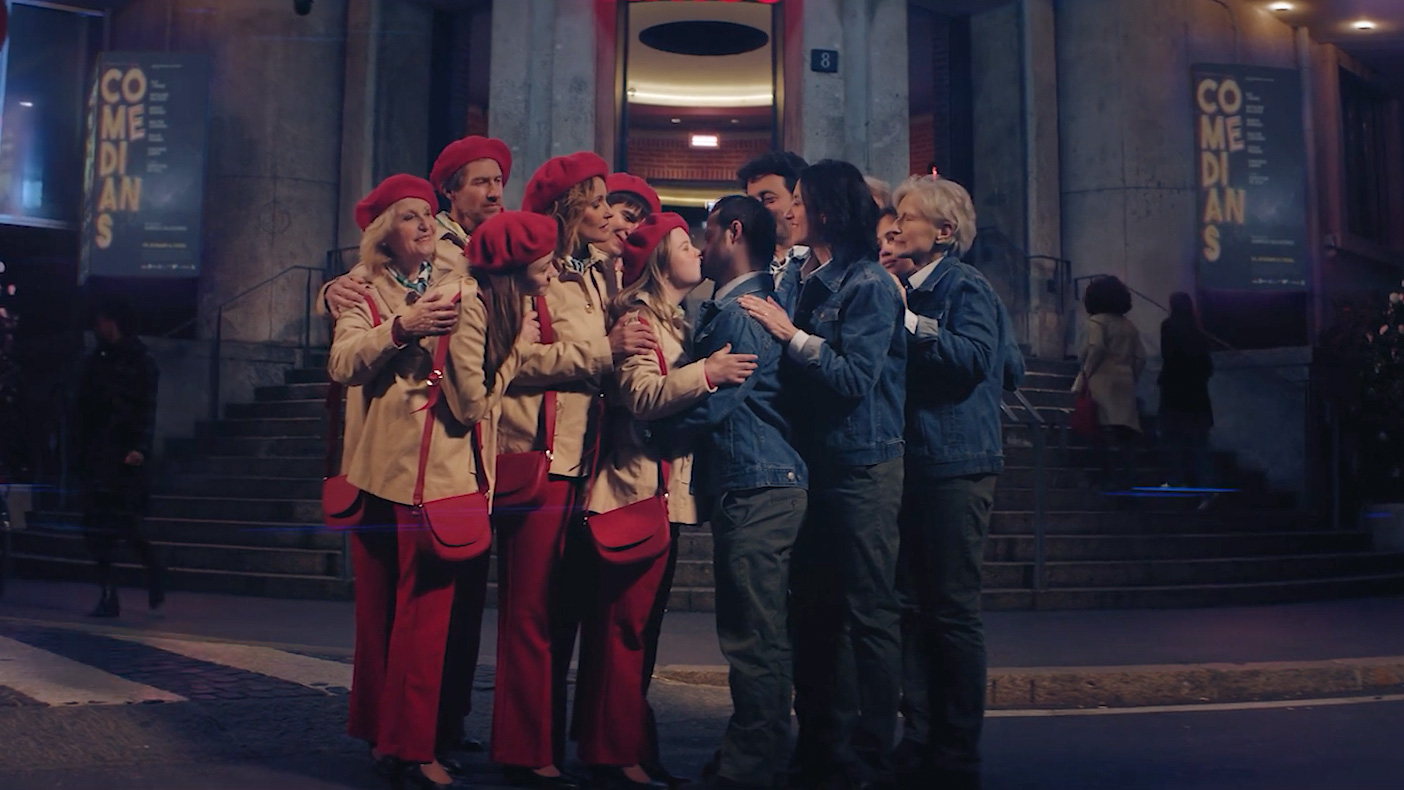 Counselors, family members and friends tend to keep a close, protective watch on loved ones with Down syndrome. While that's understandable and even necessary sometimes, it can prove awkward in certain circumstances. For example ... affairs of the heart.

Italian nonprofit CoorDown playfully illustrates such situations in the spot below, as a Down couple struggle to find some romantic time for themselves:

Just the Two of Us | CoorDown | World Down Syndrome Day 2022

Starring Kenya Koene and Liam de Waele—they're from Holland and dating for real—the spot reminds us that "People with Down syndrome have the right to an independent love life," and invites viewers here for more information.

New York agency Small developed the campaign, which breaks ahead of World Down Syndrome Day on March 21. Condom brand Control serves as the primary sponsor and will present fresh content in coming weeks about relationships and sexuality.

Since everyone needs private time, the campaign's theme feels especially relatable. We see the subjects not as people with Down syndrome, but as people—full stop. Their boundaries deserve respect and understanding.

Over a 10-year partnership with CoorDown, "we've faced many topics, from education and work to independence and language," Small co-founder and ECD Luca Lorenzini tells Muse. "This year, we realized that there was still a topic we hadn't covered: sex. We thought it was time to start talking about it."

Research revealed that families, social workers and others, even well intentioned, "can represent a cumbersome presence in the personal lives of people with intellectual challenges," Lorenzini says. "It's difficult balancing protectiveness with being supportive and wanting their loved ones to live life to the fullest. We wanted to start a conversation and provide resources."

Last year, the client-agency team produced this PSA about hiring members of the Down community. Boasting an original song from Sting, the push earned significant global play.

The new work—directed in breezy style by Augusto Zapiola and Martin Romanella—doesn't have the same star power, but unfolds with help from "Just the Two of Us," a soulful duet performed by James Werts and Eve Cornelious. (Bill Withers sang the hit version in 1981, with jazz legend Grover Washington Jr. on sax).

"This was the first song we thought about. It is so perfect for this idea that we named the film itself 'Just the Two of Us,' " Lorenzini says. "We loved the contrast between the lyrics and the images that tell the exact opposite story. We decided to create an arrangement [with Stabbiolo Music] that's more romantic and slower than the original."

And given the campaign's message, using two singers was a no brainer, he says.

You can check out some print elements below. (Give those lovebirds some space, people!)