A call for workplace inclusivity 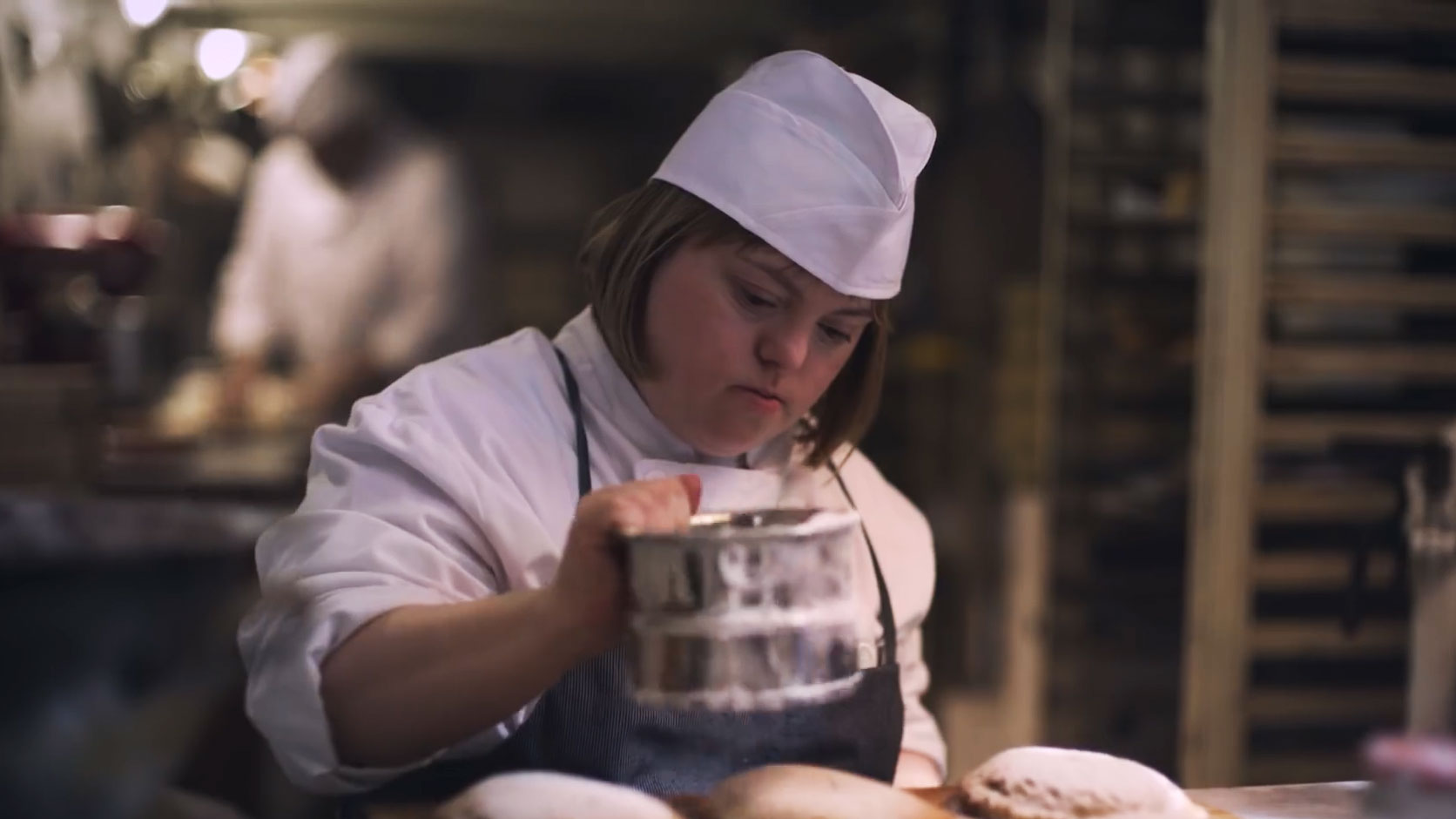 "The Baker hired Simone
and everybody saw
that she could do the job."

So begins "The Hiring Chain," a jaunty, piano-based tune recorded by Sting for World Down Syndrome Day on March 21.

That track drives a short film from Italian nonprofit CoorDown, which shows all sorts of employers welcoming young people with Down syndrome into the working world:

THE HIRING CHAIN performed by STING | World Down Syndrome Day 2021

New York agency Small developed the campaign based on a dinner conversation its executives had some years ago with Martina Fuga, CoorDown's communications lead.

"She told us that by hiring someone with Down syndrome, employers can actually start a virtuous chain: the more that people with Down syndrome are seen in a work environment, the more they'll be recognized as valuable employees, and the more they'll be hired," recalls Luca Pannese, co-founder and executive creative director of Small. "Our minds went to those nursery rhyme songs describing chain effects, so we thought: Why don't we tell the whole story by writing an original song ourselves?"

Working with Stabbiolo Music, the team drew on their love of classic pop.

"We grew up listening to Sting and the Police, and when composing the song, we thought that this would be perfect for the unique voice of our teenage hero," says Luca Lorenzini, also a co-founder and ECD at Small.

A mutual acquaintance brought the project to Sting, who coincidentally resides near Lorenzini's hometown in Tuscany, and the artist readily agreed to lend his pipes to the project.

"We couldn't believe it. Maybe it was just meant to be," Lorenzini says. "We sent his team the lyrics and the backing track and one week later, we received the recording of his vocals—perfect in every respect. I must confess that when I first heard his voice, I cried. My first concert ever was a Sting concert in Rome in 1993. And having him singing a song we composed, and for one of the clients who's closest to our heart, was beyond the imaginable."

"So, together with the client, we decided to postpone the launch of the campaign," Pannese says. "Comprehensively, everyone's attention was focused on the pandemic, and out of respect we decided to put the campaign in a drawer and wait for 2021."

The song and video point to hiringchain.org, a platform Small created to assist businesses interested in hiring people with Down syndrome. Support includes promotion through LinkedIn, and on Sting's social feeds.

I’m honoured to be a part of this year’s World Down Syndrome Day campaign. Do your part, start the Hiring Chain today. #WDSD21 # WorldDownSyndromeDay #HiringChain. pic.twitter.com/ar6Mp6Tytm

You can check out the complete lyrics below:

The Baker hired Simone
and everybody saw
that she could do the job.

The Lawyer went to the Baker
and saw Simone at work.

The Barber went to the Farmer
and saw Kate at work.