A modern Library of Alexandria for current events

There's a school of thought that believes truth comes out eventually. It can't be suppressed with a countrywide internet shutdown. It will move instead from mouth to mouth, finding cracks, taking on the shape of whatever opening it finds.

For the record, we're not convinced this is true. What's the saying? "A lie gets halfway around the world before the truth has a chance to get its pants on." (A line that is itself, ironically, frequently misattributed.) The last handful of years in politics have taught us lies don't even need to be especially good to beat truth to the door.

But we should at least be able to find the truth when we want or need it.

Today, March 12, is World Day Against Cyber Censorship. To mark it with action, Reporters Without Borders worked with Blockworks and MediaMonks to create The Uncensored Library, where citizens can find independent information about all the crazy happenings in the world.

The library lives inside the building game Minecraft, which hosts more than 145 million players per month.

Minecraft makes a slick backdoor for people in countries where journalism is suppressed or social networks periodically get shut down (for example, Turkey shut down social media access on Feb. 27, when its troops were attacked in Syria).

Who shuts down a cartoony building game? Actually, almost Turkey. But let's move on! It hasn't banned a game yet, so let's hope that lasts and that the Turkish government doesn't read ad publications.

The cool thing about Minecraft is that, in addition to pirate ships and whole fantasy-inspired universes, it's also possible to make books. Articles and other works by journalists who've been suppressed, jailed, exiled or killed in Mexico, Egypt, Saudi Arabia, Vietnam and Russia, for example, appear as their own little volumes in-game, in English and their languages of origin. Arabic articles will also be available in audio formats. 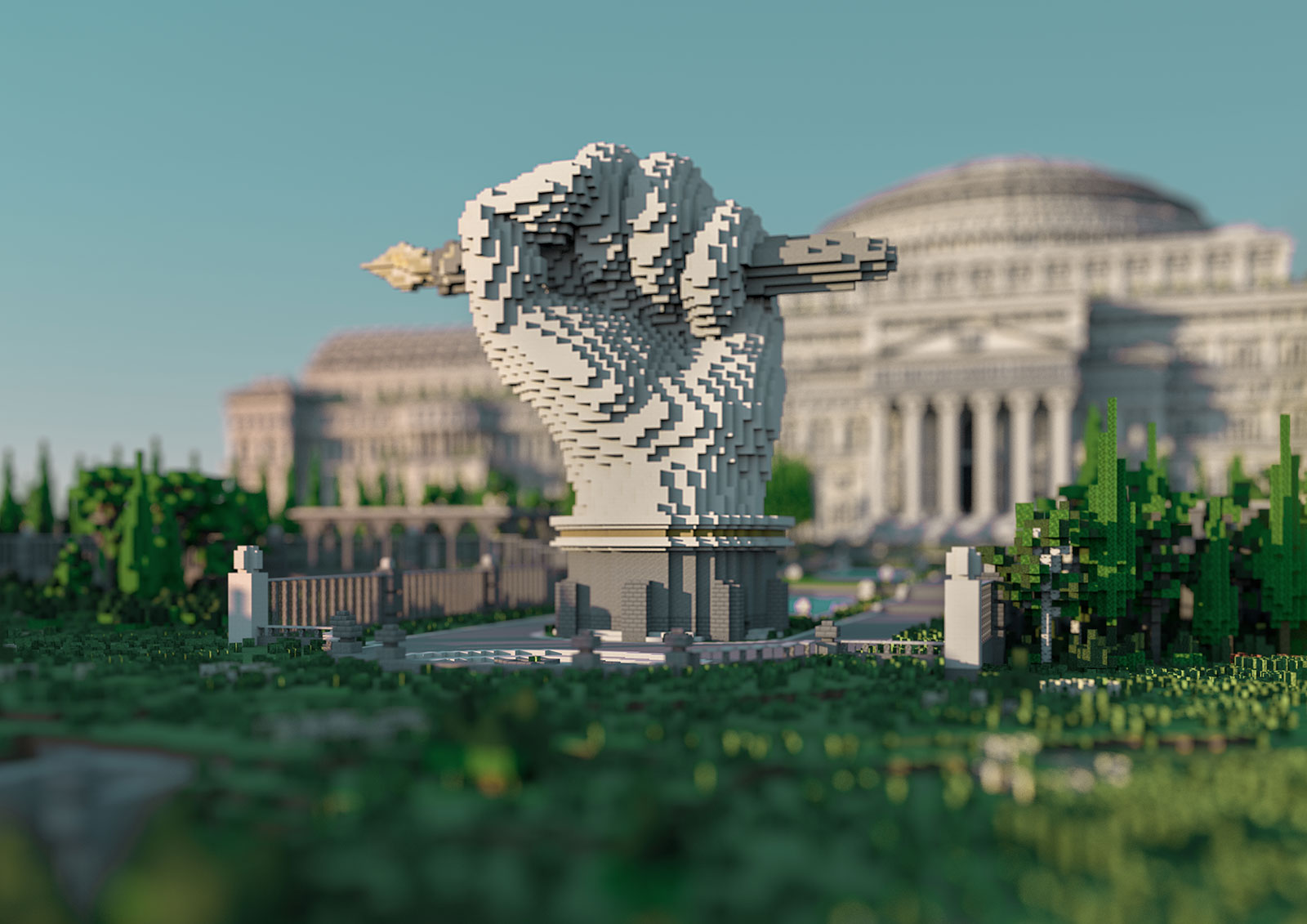 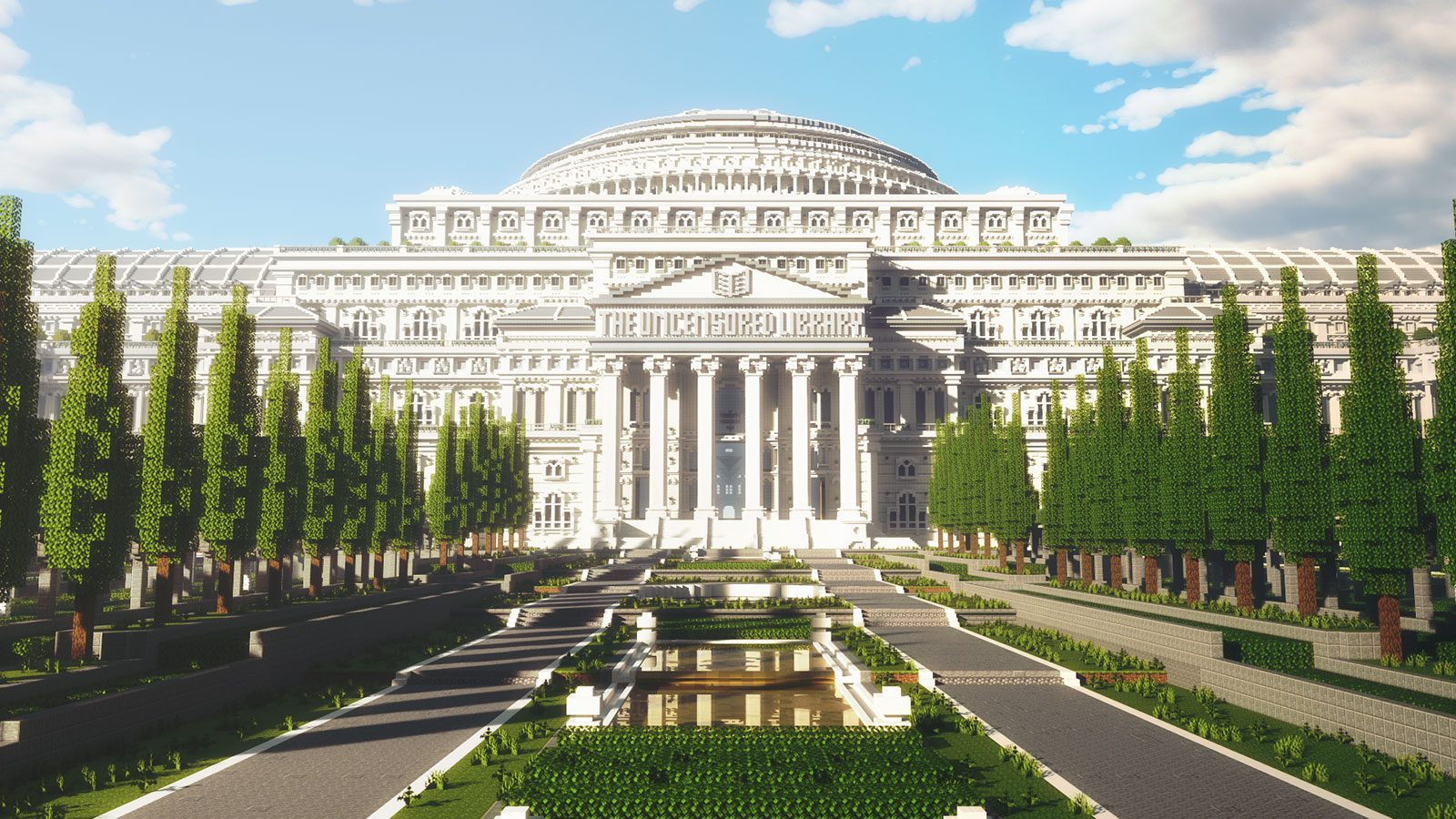 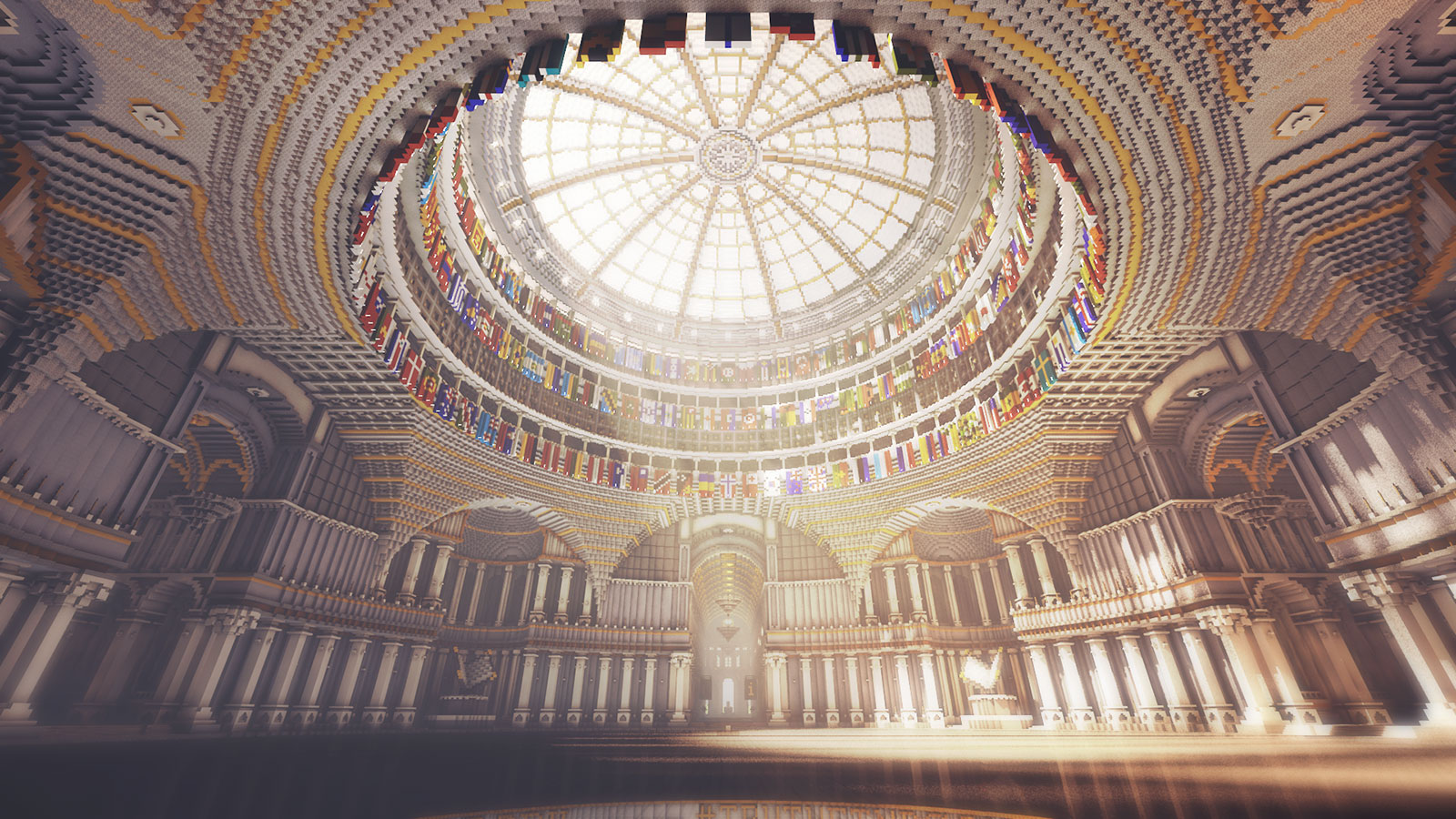 The books can be read by anyone, and their content can't be changed. New books are added weekly. On top of all this banned work, visitors have access to a report on the state of press freedom in 180 countries worldwide.

"In many countries around the world, there is no open access to information," says Christian Mihr, Reporters Without Borders' managing director in Germany. "Websites are blocked, independent newspapers are banned, and the press is controlled by the state. Young people grow up without being able to form their own opinions. By using Minecraft, the world's most popular computer game, as a medium, we give them access to independent information."

It took over three months and 12.5 million Minecraft blocks to build The Uncensored Library. Its main dome is nearly 985 feet wide, which would make it the second-largest in our world behind the Singapore National Stadium, which clocks in at 1,017 feet. Not the same, obviously, given that a digital universe doesn't have the same space constraints as the world we walk around in, but it is nonetheless a major artisanal feat.

"The library was designed in a neoclassical architectural style, which is often used to represent culture and knowledge," says Blockworks managing director James Delaney in the video above. "But we used this style to design a building that represents the freedom of knowledge, and the power that the truth has over oppressive government authorities and regimes."

Some 24 builders in 16 different countries spent 250 hours designing and creating it on 1 square kilometer of lush, pixel-powered gardens. It's like the OASIS, except its hidden treasures are up-to-date information, not '80s nostalgia and a hologram of a dead guy. 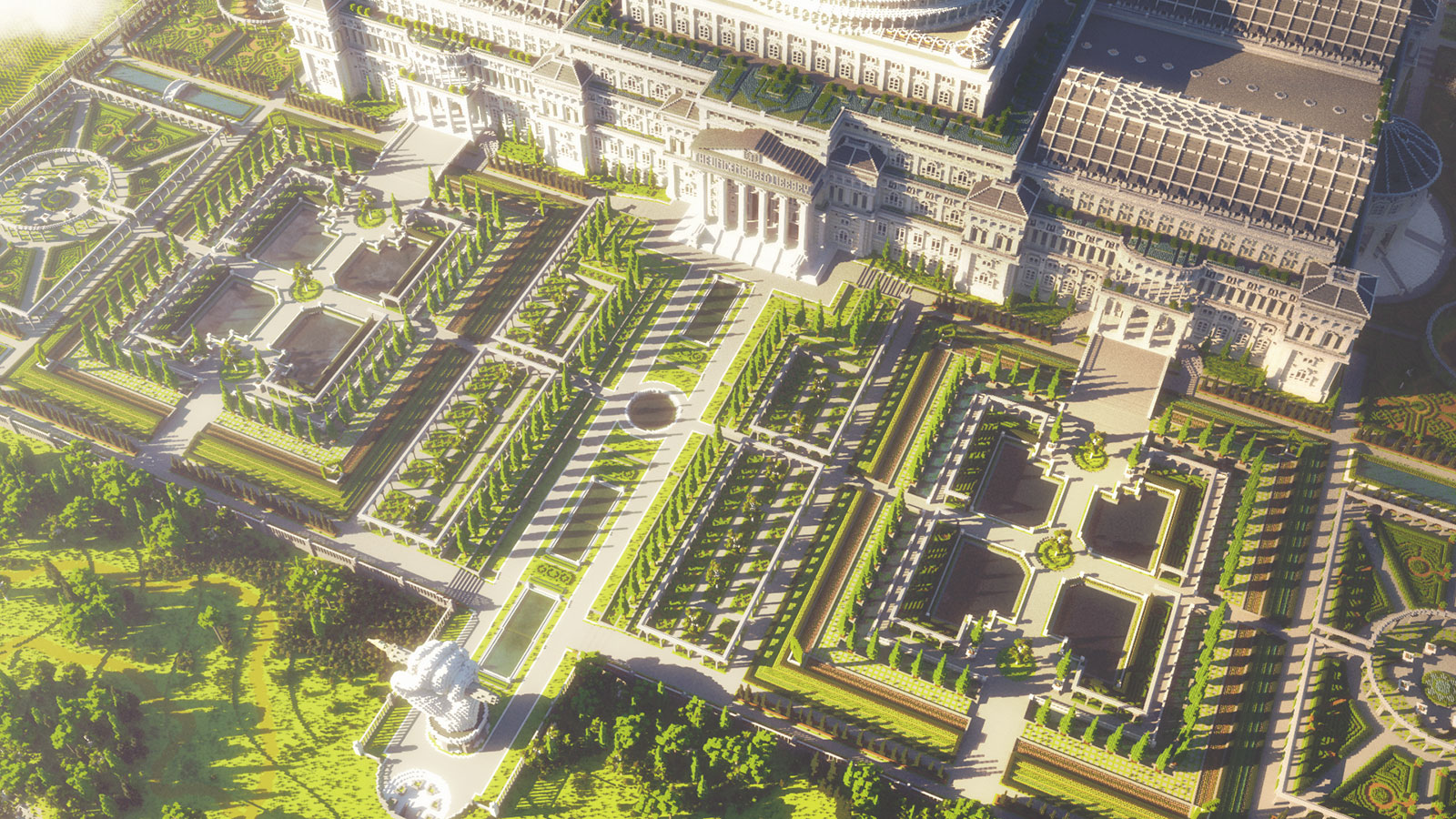 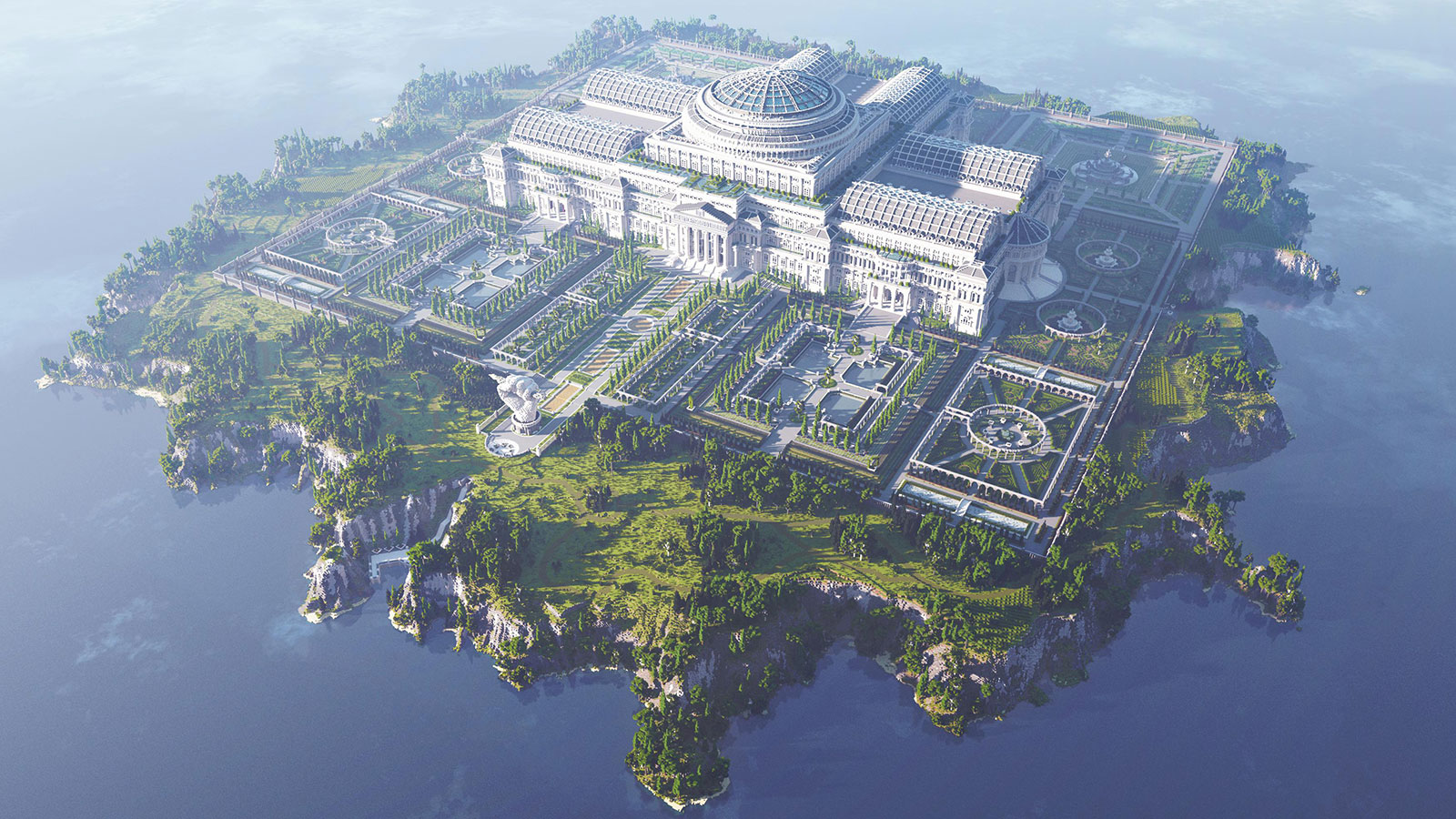 Of the project, journalist and scientist Hatice Cengiz, fiancée of murdered journalist Jamal Khashoggi, said, "We need to defend press freedom every day."

The Uncensored Library is one of a few efforts to use video games as turf for larger social interests. Fortnite hosts an island memorial to Canada's war dead, created by the Royal Canadian Legion, as well as a map for the Red Cross where people learn to save lives, not take them. 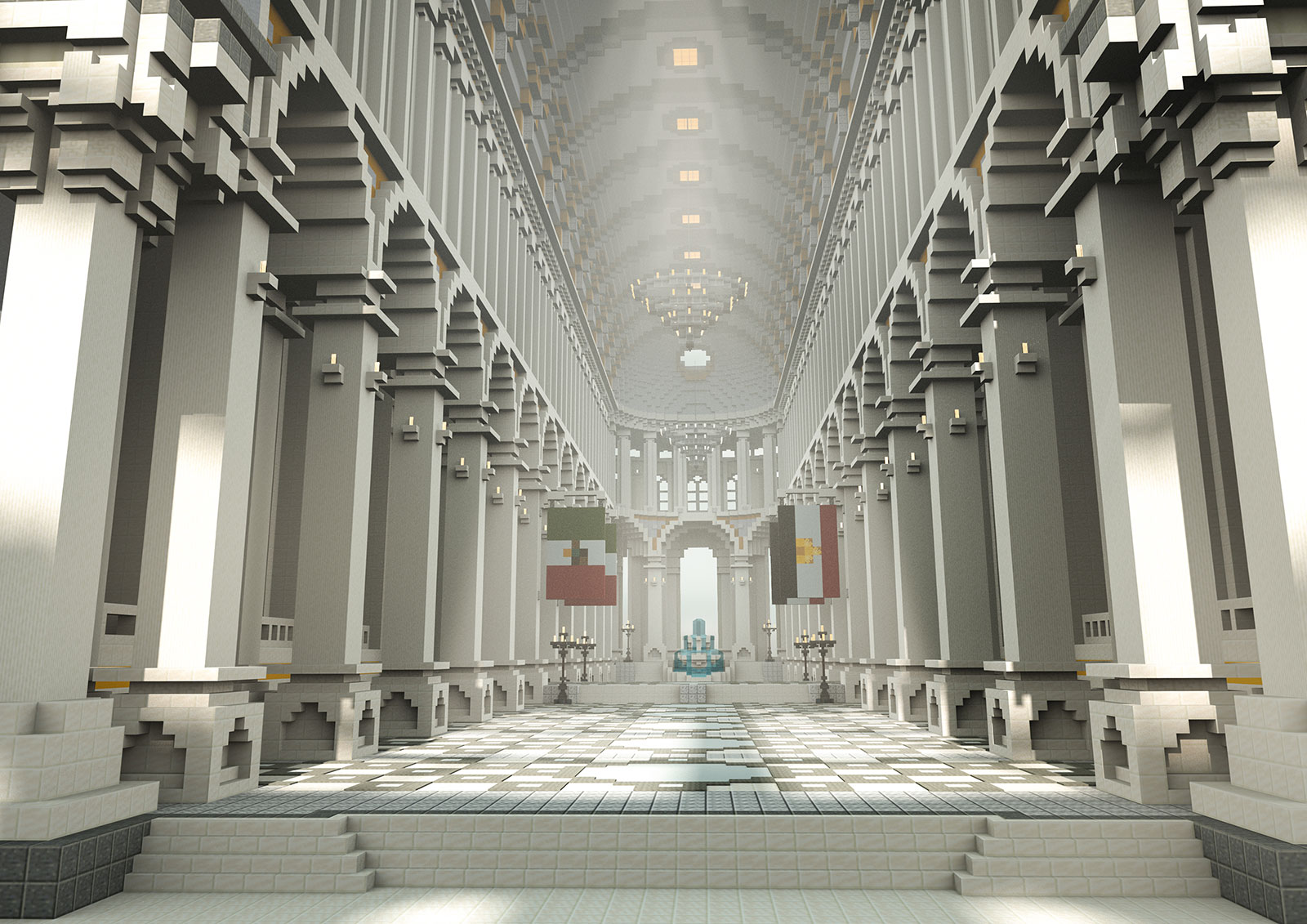 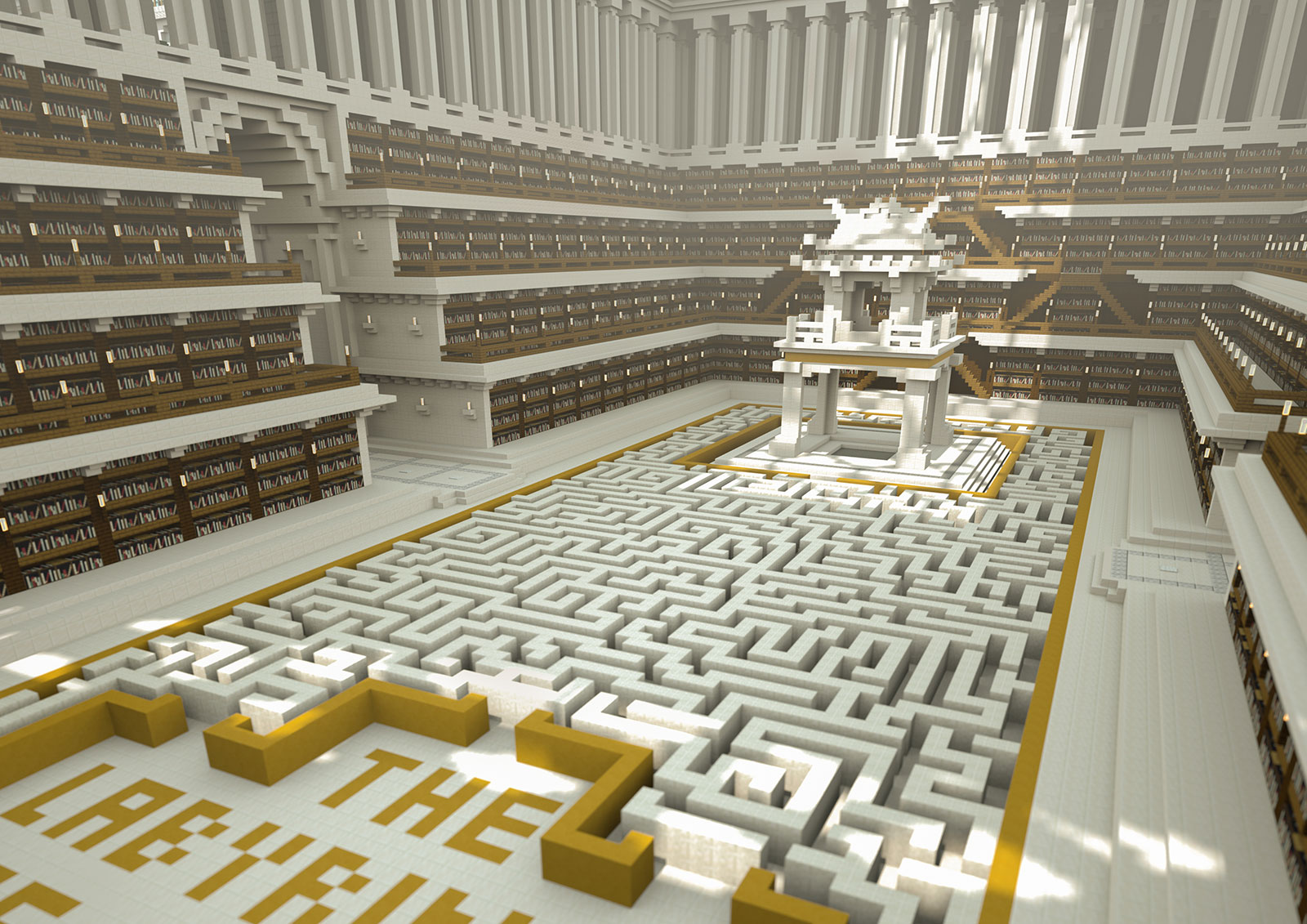 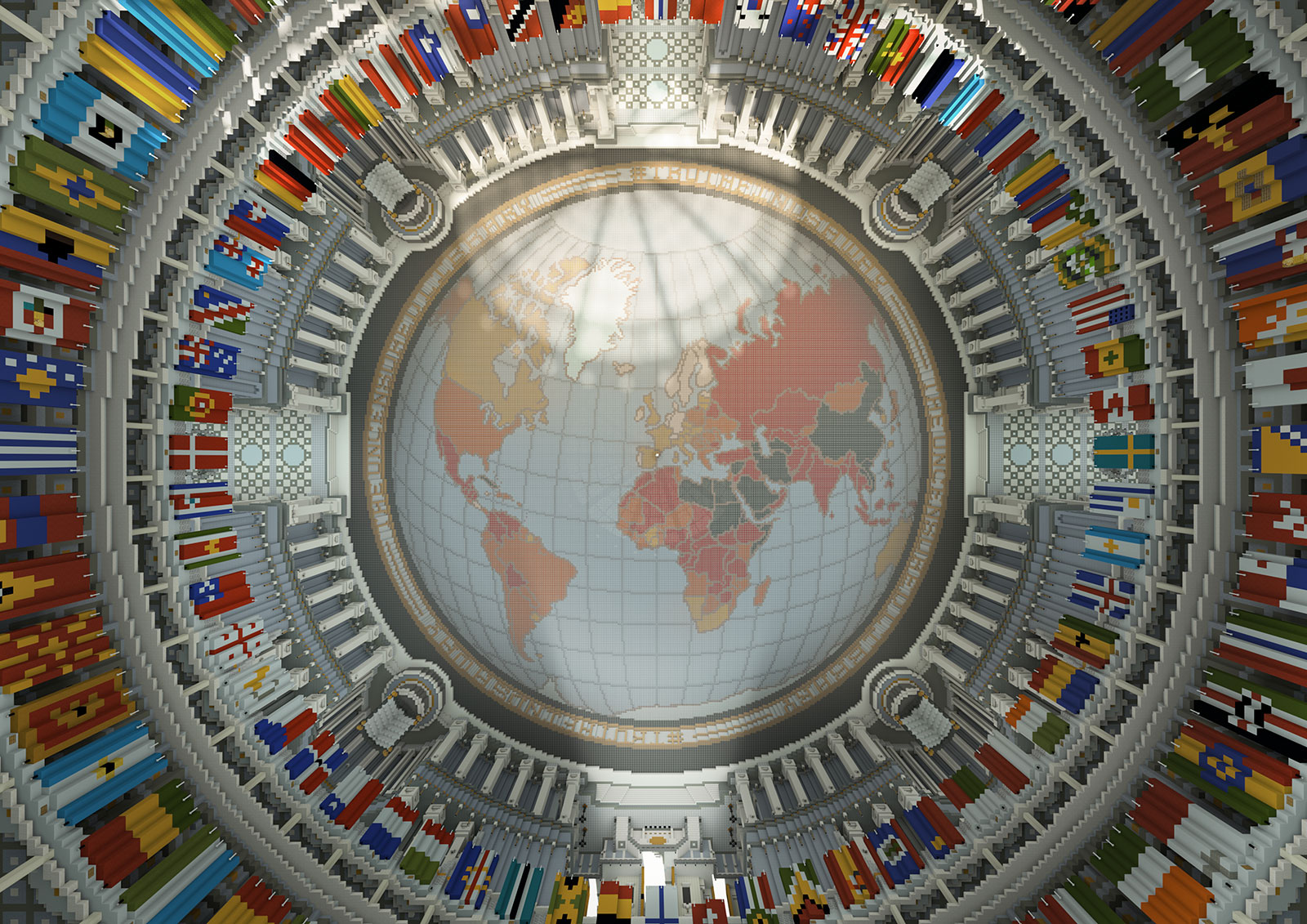