'Gaming While Black' Puts BIPOC Gaming Greatness at Its Core

Changing the face of gaming in the social mind 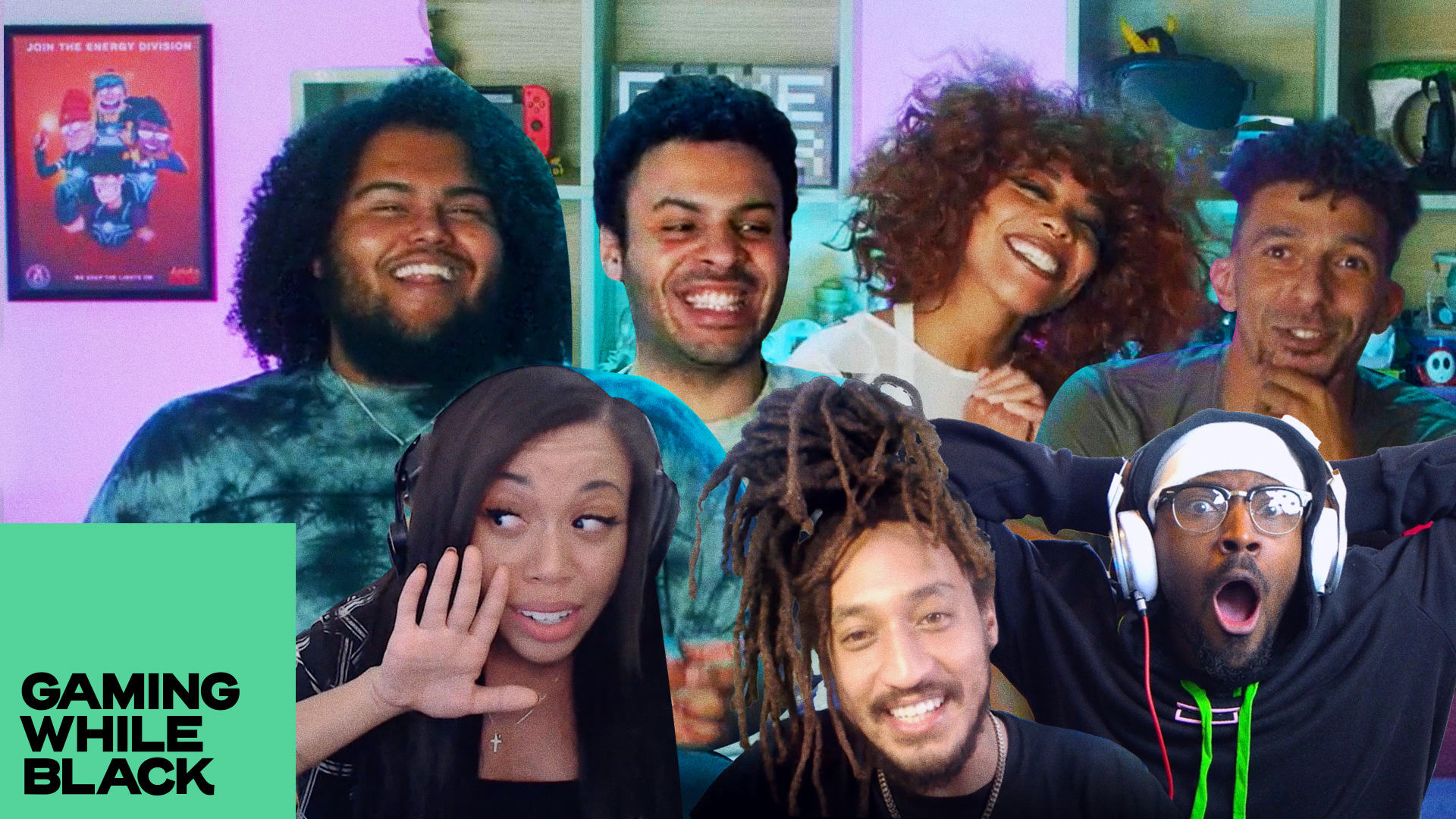 What do you think of when you imagine a gamer? A lanky guy, probably fairly young, most likely white?

If the answer is yes, you're not alone. But gaming is a pretty vast universe. Close to half of gamers (45 percent, sometimes higher, depending on who you ask) are women, and more Black and Latinx adults in the U.S. game at least sometimes, versus adults of mostly European origin. (That's not even counting Asian Americans, who are 14 percent more likely to own a gaming console, and 37 percent more likely to own VR headsets, than other American gamers.)

Luckily, entertainment is changing—and hopefully, our ideas about who games, and what gaming brings to people's lives, will change too. There are already numerous forums and communities dedicated to BIPOC gamers, but among the most exciting entertainment debuts is Gaming While Black.

Gaming While Black, a content platform that went live in June, is composed of eight different shows. It's totally built around Black talent; 62 percent of the content staff—writers, directors, producers—are BIPOC.

But perhaps unsurprisingly, Black Americans are also more likely than white ones (13 percent to 7 percent) to say video games portray minorities poorly. Representation of who games, and the kinds of conversations we have about gaming, can change that (in addition to representation in terms of who makes them).

Gaming While Black was conceived by 3BLACKDOT and is part of a larger effort to help more gamers access opportunities, including pay equity. 3BLACKDOT is led by Regi Cash, who hailed from finance before pivoting into entertainment.

Below is Regi's take on the Gaming While Black platform.

Muse: What speaks to you about this work?

Regi Cash: The impact. I've always believed the greatest impact results from the perfect alignment of beliefs, intentions and actions. With GWB, we want to champion diverse creators to have every opportunity to showcase and do their most inventive, creative work on the broadest possible stage. This extends from in front of the camera clear through to the executive production, producers, creative directors, etc.

As an entertainment studio, we're at our best when we're holding a mirror to the culture and community, and showcasing experiences people have already determined to be of importance to them. We know the perspective of this community is often overlooked within entertainment and gaming. By highlighting a shared cultural perspective, we affirm the audience's existence and hopefully give them the confidence and assurance in the value and merit of their perspective, not just in gaming, but in whichever field they choose to endeavor.

Where did the insight come from?

The siren call was the murder of George Floyd. Like many in America, we too experienced an awakening and knew there was an even greater depth and impact we could have through our storytelling.

The work really started with self-reflection. We are square in the middle of the creator economy, and we directly support creatives to monetize hundreds of millions of views each month. When we ran the numbers, only a small fraction of our efforts went to creators of color. As a Black CEO, I was personally ashamed to not have done more to press against some of the inequities. I know firsthand how defeating it is when everyone speaks of the ease of accomplishing something, such as being a creator entrepreneur—but it seems there's not a space, access or means for you to participate.

What was fun about the production, and what most challenged you about getting this together?

Seeing the natural camaraderie the talent has with each other on camera. We put diverse creators together who didn't have familiarity with one another, and we found the chemistry of a segment like Launching Point, where creators discuss with each other how they got their start; or Black Character Draft, where creators choose video game characters based on their "blackness," connected better than we could have anticipated. The fans felt rewarded by seeing some of their favorite creators mixed and matched, and showing up in unlikely places.

The frustration is the other side of the same coin: We experienced firsthand the dearth of diverse creators, and were challenged to find a lot of the great creators out there. We're looking forward to discovering more of this community as we continue to highlight and show off their talent.

Doritos joins Gaming While Black as its debut sponsor, part of the brand's Solid Black initiative, and will support 10 episodes. Across the platform, new episodes will air multiple times per week through mid-November. Series include:

• Gaming While Black, where people share their experiences as Black gamers and content creators
• Reacts, where creators react to video game clips
• I Bet You Won't, a video game challenge format, where teammates dare each other to do ridiculous things in-game
• Otaku Talk, for Black anime enthusiasts
• That Sims Life, in which Sims creator Xmiramira tells funny stories about their Black Sims characters
• Grizzley vs., where rapper Tee Grizzley plays against other gamers or celebrity friends

Separately, if you happen to be looking for more Black gamer communities, check out our interview with Jay-Ann Lopez, who founded Black Girl Gamers, which is delightful.