What Was Your First Sigur Rós Moment? Be Honest

For me, it was the gut-punch ending of Vanilla Sky

2001 internet was the worst. Well, except for perhaps dial-up internet, 1998 internet, and NO internet. But when you've just come home from a late-night suburban movie theater experience subjugated in emotional paralysis from the most beautiful, minimal piece of music you can recall, you sort of desperately need this burgeoning technology to deliver what's been promised. I needed to find that recording.

Typing, typing, searching, tip-tap, misspelling, what-the-hell's-the-band's-name? Scissor Rose? Cinder Row? Suzy Rousseau? Ah, there's the link to an online forum guessing about each cue on the soundtrack. "Sigur Rós." And the song is called "Njosnavelin"? I thought it would be called "You Say You'll On" or something closer to the perceivable lyrics. What language is this?

I think my incessant two to three hours of searching on my parents' (damn) "2001 internet" revealed the same handful of live recordings over and over. Some way too phased, some with too much low-end and crowd noise, just bare hints of the ambient lift and simple melodic phrase that had seized my soul. Still, all versions I dug up were lacking the integrity of whatever gorgeous, wildly romantic, awe-inducing sonics I'd just heard in the final scene of Cameron Crowe's film Vanilla Sky.

I guess my musical obsessions and instantaneous desires were intended for today's luxury of digital streaming search functionalities, but at that point I was still only one step removed from the sweaty skateboard record store haunts of my adolescence. I was a sophomore at the University of Illinois and, watch out world, I was "music savvy." Local punk rock, every Nine Inch Nails single/album ever released, and Jawbreaker's discography had been replaced by a somewhat cliché college music discovery phase. The type of thing that occurs only when you get out of your own head, live in close quarters with other passionate music dorks, and start to push your genre and era boundaries. I was suddenly way into My Bloody Valentine and the Pixies, realizing Bob Dylan wrote all those songs, and pretending to understand an elective credit class on Miles Davis.

Then I saw that movie. No, I know, it's not that good. Doesn't hold up that well, but for a massive global Tom Cruise film with a $68 million budget and over $200 million in box office revenue, you do NOT expect the use of a live recording from an unknown Icelandic band's recent concert in Denmark to score the climactic scene! Sigur Rós had three total songs on the soundtrack, which had over 40 incredible music placements, and The New York Times calling it "a musical masterpiece." Hell, I'm not ashamed to admit I discovered Jeff Buckley, Freur Freur and Red House Painters (an essential college discovery band) from the soundtrack.

At this point, most people in our tasteful music and advertising world are very familiar with the now-venerable Icelandic ambient/post-rock band Sigur Rós, or at least they quite often hear new music taking inspiration from their ethereal sound. But in 2001, most music fans weren't yet accustomed to the digital music criticism-binges we now ingest daily. Pitchfork was still sharpening its prongs, and music discovery was mostly a word-of-mouth mechanism. Or hear-on-screen. In 2001, this remake of the Spanish film Abre Los Ojos leveraged Cameron Crowe's lifelong musical gut instinct to deliver this live masterpiece of "Njosnavelin" (which is still better than the subsequent recorded version) in gift-wrapping to a global audience, introducing their unheard and inventive aesthetic of electric guitar-bowed reverb and tempered falsetto yearning in their made-up language of "Hopelandic."

Back to that night in 2001. Three hours into it, I suddenly clicked on a 1:54 snippet of the song buried deep on the band's website. The clarity! The stereo width! The emotion! "Njosnavelin," aka "The Nothing Song," in its full cinematic articulation. Wow. Nothing I'd ever heard fit so perfectly with what was being conveyed on screen. While I could only hear the recording, the space-and-time-bending, death-defying romantic premise of the climactic scene and its longing for love, family and immortality pulsed in subdued, post-rock dopamine hits into my psyche. I saw the movie four times total in the theater, mostly just to hear and see the final two minutes.

It became a career-inspiring early life moment when I saw the potential and beauty of music for screens, and how innocuously and effectively an entirely new sound can be introduced within the cultural psyche only to sit patiently for our emotional brain to catch up and connect. Almost 20 years later, it can be redeeming to return to that first moment you heard Sigur Rós, or their equivalent in your life, where you innocently discovered a sound that still inspires composers for film, TV and advertising 20 years later. Oh, how we all benefit from trusting our guts and giving a new sound to a giant audience. 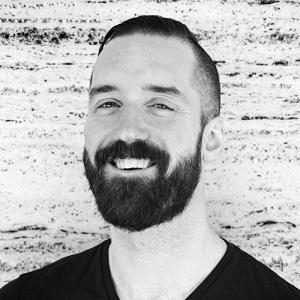