How the Who's 'Won't Get Fooled Again' Changed My Life

A summer night that illuminated the road ahead

I was probably around 9 years old, and my brothers and I were packing into my dad's convertible on a warm summer night. I was in the back, directly behind the driver's seat, with my dad at the wheel. The engine was turned on, and just as he had left it, the local rock station, 97.7 The Loop, blared from the speakers.

Whatever song had been playing began to fade, leaving the sound of a light radio hiss in its wake. And then, BWAM. A massive guitar chord rang out into the ether. It hung there, a lone strum, while an airy synthesizer began to dance around it in syncopated rhythm. A full band then came into view—more guitar blasts, a commanding, elusive bassline, and one of the most exuberant drum patterns I still have ever heard.

It was "Won't Get Fooled Again" by the Who, a song released almost 30 years before that night, beaming in over the radio to our four wheels leaving a movie theater parking lot. By the time the chorus came in, the top of the convertible had come down, and the volume knob had been turned to its highest setting; our entire atmosphere filled with the wild, emancipated sounds of rock 'n' roll.

As we drove, the music moved in strange new directions. There were colossal guitar solos, drum fills that felt like live-wires, and tales of defiance and freedom. Whatever this was, it had all the ingredients of a sound and fervor that would sustain me throughout my entire life to come.

"I'll tip my hat to the new constitution.
Take a bow for the new revolution."

My dad was singing every word to the heavens, and my brothers and I basked in the youth exuding from him. This dispatch from the radio was calling him to a time and place that we had never seen him exist in; somewhere he could be lost, unabashedly unguarded, and authentically whole.

At some point, the music dictated that it needed our full attention, and we pulled over and parked in the grass just off the highway that would take us home. My dad kept saying, "Just wait until the last line. Just wait." The car stopped moving as the extended bridge of Pete Townsend's synthesized wizardry began its flight into the darkness around us. Those spectral keys still take me back to the air of that warm summer night, the distant sound of cicadas, the glow of the lit dashboard.

My dad's hand, which to my knowledge had never graced the keys of a piano, was flying over the gear shift, invisible notes played to perfection in mid-air. I wish I could stay in that moment of not knowing where that musical bridge would lead, the intoxicating anticipation in a space of limitless musical possibility. Then, drums, bass, another massive guitar chord, and perhaps the most famous yell in all of classic rock. And with that, finally, the line to bring it all home.

"Meet the new boss. Same as the old boss."

I didn't understand these words at the time, neither literally nor my dad's attachment to them, but I distinctly remember looking straight upward to the stars with a faint realization that I had just heard something that had made me a little more alive than I had been moments before.

As whatever unmiraculous song came on next, the radio was dialed back to an appropriate volume, the car put in drive, and we made our way back onto the highway, heading home. I don't recall any words spoken from any of us until we made it to our front door. But I do remember the look on my dad's face in the rearview. A salesman through and through, he grinned with total satisfaction like he'd just pulled off the biggest deal of his life—the passing on of a timeless relic, a boundless masterpiece, one he likely first heard around my age, in awe that its magic had not waned in the decades of waiting.

That night, I imagine my brothers probably fell asleep dreaming of whatever movie we'd seen, or of the adventures that would come in the endless summer days ahead. My dreams from that night, and of many to come, were of other things—of that muddied guitar tone, of the oncoming revolution, of my dad's fingers playing an instrument I could not see but which appeared to be an extension of his very heart and soul.

Since becoming a creator of music myself, as well as a music supervisor, it still amazes me to this day that a combination of recorded notes performed by a group of people on a group of instruments can become something for the world to love, and sing with, and dream about, and pass on, and play along to, in ways both real and imagined, forever.

First Note is a new Muse series about the transformative power of music and the songs that most influenced us. If you'd like to write for First Note, please get in touch. 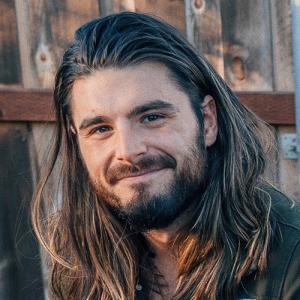