How Salsa Shaped the Course of My Life (Thank You, Marc Anthony)

From a young age, my crash course in the authenticity of a genre

I realized I wanted to be a performer the first time I saw Marc Anthony live. I was 9.

Let's back up. On that balmy day at the iconic Greek Theatre in Los Angeles, he was singing Salsa music that was the real deal—not his catchy pop tracks that spurred his radio fame, but the kind of Salsa you hear on the streets of Puerto Rico. There was a palpable energy emanating from him that hypnotized the entire 5,900-seat audience. He was bouncing across the stage with such charisma and intensity, with an electric stage presence that reminded me of Mick Jagger. He had each and every audience member—and the ushers, I'm sure—in the palm of his hand.

It was his raw kinetic energy that captured me and truly stopped me in my tracks. I had already been playing drums, I started when I was 3, so a musical inclination was already a part of my DNA. What intrigued me by his performance was how his passion for the music so deeply resonated with the audience, casting an aura of awe and appreciation for the unique connection he displayed with his music. That feeling of being a part of something so special and raw made me realize that I had to have it—I needed to be a performer.

More than just the draw to performing, I felt a deliberate allure toward becoming a Salsa performer. Why Salsa? After all, I'm not Puerto Rican or Cuban—I'm half Mexican and half Salvadoran, born in SoCal without the slightest idea who the legends in this space were. Even stranger, no one else in my family listened to it. That included me, to an extent—in high school, I listened to R&B and hip-hop with my friends.

I started singing Salsa at age 9. As I got deeper into the genre, by 13 I was touring to cities as far-flung as Vancouver for huge multicultural festivals. I know, a young kid dancing around singing Salsa is decidedly not normal. Salsa is considered among enthusiasts and general music listeners an "adult" genre. By high school, I was performing nightly at Salsa gigs around town (The Conga Room, The Mayan Theatre, El Floridita, The Rumba Room and more). Fellow students and the teaching staff didn't believe me, by the way ... until one of the teachers saw me at a gig and bashfully said hello while I was on stage. I nearly failed 9th-grade English because I would show up late and jetlagged to class, having performed in a club the night before, still too young to actually remain in the venue after my set. While this may have seemed like a desperate attempt to be viewed as "cool," this was my unusual reality at the time.

But I sang Salsa because, from that definitive Marc Anthony concert on, I heard it and understood it. From the very first song I heard of the genre, I had a distinct connection to its energy and movement and it made me feel uniquely at home in a way I had never experienced before. I couldn't exactly define it, but internally, it made all the musical sense in the world.

As a by-product of singing Salsa from a very young age, major artists both sought me out and assumed I was older than I was. When I was in my early 20s, I was called to record backup vocals for the legendary timbalero, Orestes Vilato, on the album It's About Time, which went on to be nominated for a Grammy—a nomination that included me, alongside colleagues who, at their youngest, were still 30-plus years my senior. I collaborated with legendary Salsa artists like Oscar De Leon, Tito Nieves and Victor Manuelle. The genre lended me legitimacy as a young performer that another genre may not have been able to provide.

These experiences prepared me for the performance exposure that enticed me as a young kid when Dancing With the Stars came calling. In short order and with very little prep, they needed me to sing lead vocals for a Salsa routine on one episode. This initial job yielded another, and another, until my reliability and flexibility granted me a recurring role as a rotating chair for the show, leading vocals across multiple musical genres.

What did this exposure in the formative years of my career mean for me? Salsa was my door to a far broader musical world, and opportunities to sing multi-faceted genres in many capacities. Because I've been in the thick of traditional Salsa, as compared to "radio" Salsa and pop Salsa, I learned how to hear the "levels" of a genre. From there, I was able to pick up on the nuances of many more. Lots of folks can't differentiate the subtle distinctions of a genre, and all musical genres have them. Underground versus commercial hip-hop, for example. I can bridge that gap. Now, entering the sonic commercial advertising space full time , it's exciting to partner with clients to find the specific sound and genre they want, which is informed by that understanding gleaned from my years of performing. My job now is to musically implement what a client wants and understand where the magic is.

Authentic representation, and the zeal of a genuine performance, are my consistent aim, whether singing myself or picking the perfect track for a brand client commercial. I guess I have Marc Anthony to thank for that. 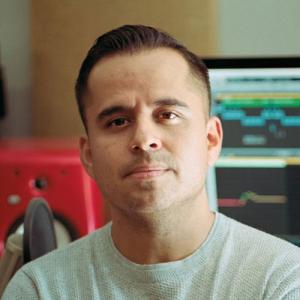