How the Rolling Stones Literally Changed My Career

An education in '60s design through lyric videos

My partner Tom and I were pitching some work. It was for ABKCO, the label that looks after the bulk of the Rolling Stones' early material.

Saying this was the biggest pitch of our lives is like saying the Stones are fairly popular—anything I write just looks like an understatement.

At this point, I didn't really know what a lyric video was. I'd maybe seen a few of the homemade ones on YouTube, but I wasn't aware of their potential importance in the industry.

Turns out I needed to learn fast, because ABKCO took us on to provide the creative direction for the 50th anniversary box set of the Stones' 1967 record Their Satanic Majesties Request. Alongside social media assets, we wound up creating lyric videos for each of Satanic Majesties' 10 tracks.

It was a dream for Tom, who's a proper Stones nut. I've always loved the band, but this album literally changed our career. We ended up working on more than 100 Stones lyric videos across four years, and their commission really boosted my creative confidence and has allowed us to grow the business with more focus.

And Satanic Majesties completely changed how I approach creativity. I've always loved psychedelic visuals, and given this record is the trippiest in the band's catalog, it gave me full rein to indulge that. I was looking at designs influenced by the San Francisco Summer of Love posters from '67, and artists like Bonnie MacLean and Victor Moscoso. I was being paid to rediscover this great design and make my own version.

We wanted the videos to look as though they were made at the same time the track was recorded. To do this, we studied old stop-motion animations, including Terry Gilliam's surreal films for Monty Python. Along with the original sleeve art, we sourced photos from the time period and old materials from the '60s like marbled paper and tin foil, to create suitably psychedelic digital collages.

It turned me into a historian. Well, not really. It didn't give me a university degree, tenured post or wildly successful TV spin-off, but it transformed how I approach work. I hunt, scavenge for things now—we even work with ABKCO'S chief audio engineer, who's helped us "correct" early releases where the lyric sheets are just straight-up wrong.

Anything and everything relating to the period of time gets absorbed, then we hack it, slash it, rephrase it and turn it into something befitting of the artist.

Michele Gondry, director of Eternal Sunshine of the Spotless Mind and countless music videos, made his own pastiche of our "She's a Rainbow" clip, thinking it was actually from the '60s. Stuff like that hammers home just how important music—and more specifically, the Stones' music—is to me. The guy who does music videos for Björk, Beck and the Chemical Brothers had not just seen our work, but reinterpreted it.

And it's all because of the Stones. Our time with the band is actually wrapping up now, but I owe Mick, Keef, Charlie and Bill a drink at the very least, but more realistically, a creatively fulfilled career. They're one of those bands I've appreciated more as I've become deeply involved in their catalog, and they kickstarted my love for lyric videos—they're such an intimate and detailed celebration of the songs when done properly.

And let's be honest: You just never get sick of those rhythms, that voice or those riffs, do you? 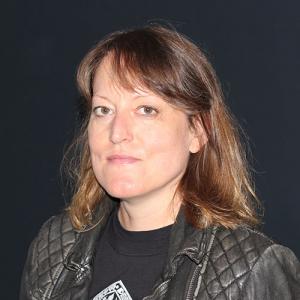