How Maluma Shaped My View of Songwriting and the Music Business

'La Temperatura' was a catalyst in my life and career

There was a before and after with a certain song, a single that completely forged my viewpoint and confidence surrounding songwriting and what it really means to have a true hit.

In July 2013, Colombian superstar Maluma released "La Temperatura" ("The Temperature") on Sony Music and propelled this Latin pop/reggaeton star to new heights. The song hit me emotionally and creatively like nothing I'd ever heard before, and was the defining moment in my career where I knew I needed to help build a team that crafts hit like what Maluma was able to create.

It was incredible to witness a moment where a singer/musician like Maluma had worked so hard to get to where he was, and then see the work pay off immensely. The intensity and quality of the music video, the style, the incredible production of the song, all those details, and most important the hooks. It was a pop hit, especially in this world of Latin and electronic/pop tinged music that I absolutely was passionate about.

After seeing the success of that single, I did much research to see who was involved on the track. I actually reached out to the team behind the song, including Eli Palacios, who wrote the track. He didn't respond till 2017. At that point we began working together, as he saw I was building up smaller artists into successful ones with hits that were making a buzz. I was doing the right thing with marketing as well, and I got to help him build out his name so his business would improve as well. That mutually beneficial relationship is what kicked off the start of Secret Hit and led me to where I am today.

Doing that research wouldn't have happened if I hadn't heard that Maluma track, and the research and networking process helped me understand the true depth of a pop hit. It's more than a great voice or performance, but much of the behind-the-scenes team that helps in their unique and specialized ways. As Secret Hit opened our doors, Eli quickly became part of, and is still a key part of, our culture to this day. Some people give up real quick after a few days, others even after a few months, but it's the persistence of artists and entrepreneurs that lead to the success we see with songs like "La Temperatura."

It took about four years to get Eli's attention, but it was not just four years of doing nothing in between. I didn't stop building my business, and eventually it got to the point where we were ready to work together. Sometimes things happen when they are meant to. We leveraged the success of "La Temperatura" to build our team of songwriters and producers at Secret Hit, attracting other artists, labels and ultimately Maluma working with us again on other songs soon after.

The song and moment in my life also helped me realize that an artist is only as good as both their songs and their team. Sure, many artists can write a good song and put it out online. But most cannot get past that, and I knew that to achieve something as special as "La Temperatura," it took the collaboration of the best minds in songwriting, top lining and production to get this to the finish line. Then there's the marketing, distribution and awareness building that now more than ever is difficult to achieve. This is why being passionate about your career is so important; it helps you push past boundaries, become increasingly resourceful and not quit when things aren't going your way. So to that, I thank Maluma and Eli Palacios for creating a song that opened my eyes and set my passion on fire for business and music. 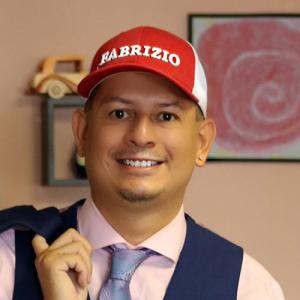 Fabrizio Moreira
Fabrizio Moreira is founder of Secret Hit, a culture, songwriting and producer collective based out of New York with partners in Miami, L.A., Puerto Rico, Dominican Republic and Colombia.
More from Fabrizio Moreira