The greatness of two Palace tracks from 1994

The "West Palm Beach"/"Gulf Shores" 7-inch by Palace is one of the most perfect, beguiling collections of music I've ever come across. Released in 1994, the combination of the lyrical themes, the sonics and the melodies have cast a long shadow on my music listening ever since.

Palace is the name that singer-songwriter Will Oldham gave himself for this project and is one of many (including Palace Brothers, Palace Songs, Palace Music, Bonnie "Prince" Billy and Pushkin) that he would use over the course of his career. That career has made him one of the best living songwriters by any measure. He's revered by his peers, fans and critics alike, his song "I See a Darkness" was covered by Johnny Cash, and his ever-expanding catalog of work currently sits at over 600 songs.

Before any of us even heard the music on "West Palm Beach"/"Gulf Shores," it was clear that Oldham was once again tilling forbidden soil. He had already had the guys in Slint play country music on his first record, There Is No One What Will Take Care of You, had declared "God is the answer" on his second record (that none of us could figure out the name of at the time … turns out it's called Days in the Wake) and was now pivoting to Florida??!! Country music. God. Florida. These were not the pillars of the indie-rock zeitgeist in 1994, but we trusted Oldham enough to go with him on the ride out of our aesthetic comfort zones.

If you want to listen to it now, you could track down a copy of Lost Blues and Other Songs and set some time aside to immerse yourself in tracks 12 and 13. But to really feel the full impact, you can't beat the original artifact. A simple illustration on one side and then a completely backlit sundown beach portrait on the back.

Put the adapter on the turntable. Switch the speed to 45 rpm. Take the record out of the sleeve and cue up side A, "West Palm Beach." Drop the needle. Crackles. Your mind is already on vacation. Slowly the music fades in. Kramer, famous for his work with Galaxy 500 and others, is doing his thing with the production. Patiently, the guitars chime and the volume slowly fades in from nothing until it reaches its apex with the first lyrics, "I can't get the sand out of my shoes/This being in Florida's done a number on my blues."

The lyrics are spectacular throughout. Slippery, painting pictures you can't quite see if you get too close, but telling big truths when surveyed from a distance. When the slowly improvised (it sounds like?) synth solo comes in, breezes of "Atmosphere" by Joy Division blow in from across the Atlantic. You might notice the absence of a chorus in this tune, but won't feel its lack.

If you can resist replaying side A, flip it over to side B. Years later in Rolling Stone, Oldham would talk about the influence of Jimmy Buffett on these songs and exploring the concept of escapism "but the escape is to a real place." "Gulf Shores" is like walking into an amazing movie halfway through. Lay low and try to figure out who these two basking creatures are. There is mellow lust in the lyrics, shame and playfulness. The whole thing feels sunbaked and lazy—a lightly toasted side of squandered potential. No turning back, let's find the beauty where we've landed. "A cold and fruity drink awaits us both/Watch me frolic in the sand/O did you see me in the surf/With a starfish in my hand."

Quite plainly, I didn't like country music until I listened to the first Palace record. I didn't even really like singer-songwriters until I heard Days in the Wake. Will Oldham was the entry for me to the greats like Dylan, Parsons and Merle, but more importantly he helped me believe in my own generation in the face of the smothering boomer supremacy mythos of the '60s.

Every time I hear the songs on this 7-inch, they remind me that there ARE artists of my generation who absolutely stand shoulder to shoulder with the giants who came before us. It's important, too, that not everyone knows these songs as well as "Like a Rolling Stone." Whether it's written in the sand, or etched on a plaque, the truth is that greatness that lives outside of popular culture is no less great. 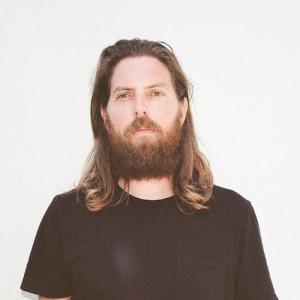