3 Feet High and Rising: A Tale of the Birth of an MC

The complexity and charm of De La Soul's debut

Every MC has a favorite album. It doesn't always stay the same as we age; in fact, it rarely does. But there's always one (or a couple) that, while it may not make that top spot, you remember for its impact. Mine is De La Soul's first record, 3 Feet High and Rising. Before I even purchased it, a dear friend of mine had it on a tape and he brought it down the street to my house so we could all check it out. I had the best boombox at the time so we wanted to get the most out of it.

To this day, though many have tried, no one has come close to the complexity and charm of the 3 Feet High and Rising game show skits (Little Brother's WJLR and UBN skits have come the closest). The humor and wit involved was a great way to put space in between the extraordinary complexity of every verse that Pos and Dove (aka Plug One and Plug Two, aka Posdnuos and Trugoy the Dove) spit. Their names alone stood out in an era of Kools and Bigs and so on. The first listen led to a second and a third that day, just trying to catch not only every word but every double and triple meaning behind every phrase and every metaphor.

I can't lie, I tried to do it. At the age of 16, still new in the rhyme game (even though I wrote my first rap at age 6 under the name Disco G.—it was 1979, what do you want?), trying to make words have multiple meanings the way Pos and Dove did just wasn't in the cards. Yet. It took years of listening and learning from scores of MCs from every coast and region to really master the craft the way so many before me had. But it was that first De La Soul gem that set me on the path. 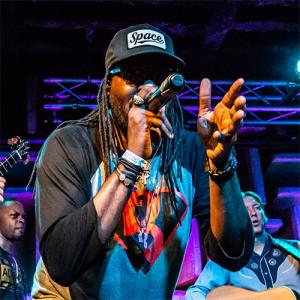