A middle-aged cellist, after rehearsal, encounters a mysterious young woman in the subway. They ask each other, "Do you have the time?" She follows him home and enters using her own key. Soon, their identities seem to fuse, or blur, and nothing in the man's life makes sense anymore.

This Twilight Zone-ish scenario, fraught with undercurrents of dread and sexual tension, premiered over the weekend at the Locarno Film Festival in Switzerland.

Called NIMIC, which means "nothing" in Romanian, the 12-minute short film from acclaimed director Yorgos Lanthimos (The Lobster, The Favourite, The Killing of a Sacred Deer) stars Matt Dillon and Daphne Patakia in the central roles.

It was produced in partnership with Droga5 London and BMW Mini, and represents another example of the trend toward brand-funded features—movies from top filmmakers designed to run in theaters and on streaming or broadcast platforms like pure entertainment plays.

In such productions, the brand presence is usually restricted to the credits or kept to an absolute minimum. Indeed, Minis are never seen or referenced in NIMIC.

Below is the trailer. (Muse was able to screen the full film, though it's not available to watch online at present.)

"This was an opportunity for Mini to show their commitment to creativity," says David Kolbusz, creative chief at Droga5 London, who helped Lanthimos develop the premise. "It is brave for a brand to demonstrate their values in such an authentic way. And like all of Yorgos' films, it makes you think, which in and of itself has value."

He adds: "Lateral thinking has always been part of the Mini brand, and NIMIC demonstrates this. They are supporting a number of projects globally across various fields—fashion, design, architecture—so creating a film was a natural extension of this way of thinking."

Brand-funded features have become more prevalent in recent years as platform like Amazon, Netflix and Hulu, as well as festivals, have proliferated and grown in popularity. Farmland, the acclaimed 2014 documentary, was backed by the U.S. Farmers and Ranchers Alliance, and, more recently, History of Memory told poignant real-life stories while subtly supporting HP's printer technology.

Marcus Peterzell, a long-time Ketchum executive who now helms his own company, Passion Point Collective, helped develop both of those projects, and he sees such hybrid content as the wave of the future.

"Even with branded content, when the brand takes a front seat, viewers still see it as an ad," he told Muse last week. "With the brand-funded film, viewers see it as content first. Great content. Content they want to watch. Content they're pressing to play to see as much as any film, and the brand comes along for the ride."

As for Mini's project, "I do applaud them for doing a scripted film. For a brand, that's brave and could lead to wider audience than a doc," Peterzell says. "The question is how does it connect to the brand messaging and ethos? It's fine if the cars are not in the film, but to get ROI, they must connect the film back to the brand via social, PR, etc."

According to Kolbusz, the ROI transcends a straight-up sales message.

"To earn the respect and admiration of their audience, brands need to demonstrate that they can contribute true cultural value in an authentic and generous way—and what better way to do that than to use their resources to help bring astonishing and delightful things into the world?" he says. "This model of patronage is something we are helping brands explore not just in filmmaking, but across a broad array of creative and cultural disciplines."

Droga5 is working hard to identify and create such "cultural partnerships" for clients, he says, citing last year's collaboration between Uniqlo and Solange Knowles on the latter's "Metatronia" project as a pertinent example.

Moving forward, the shop has joined with distribution partner Salaud Morriset to get NIMIC on more screens. Already, the film has generated considerable buzz through thoughtful reviews that by extension reflect in a positive way on the brand. 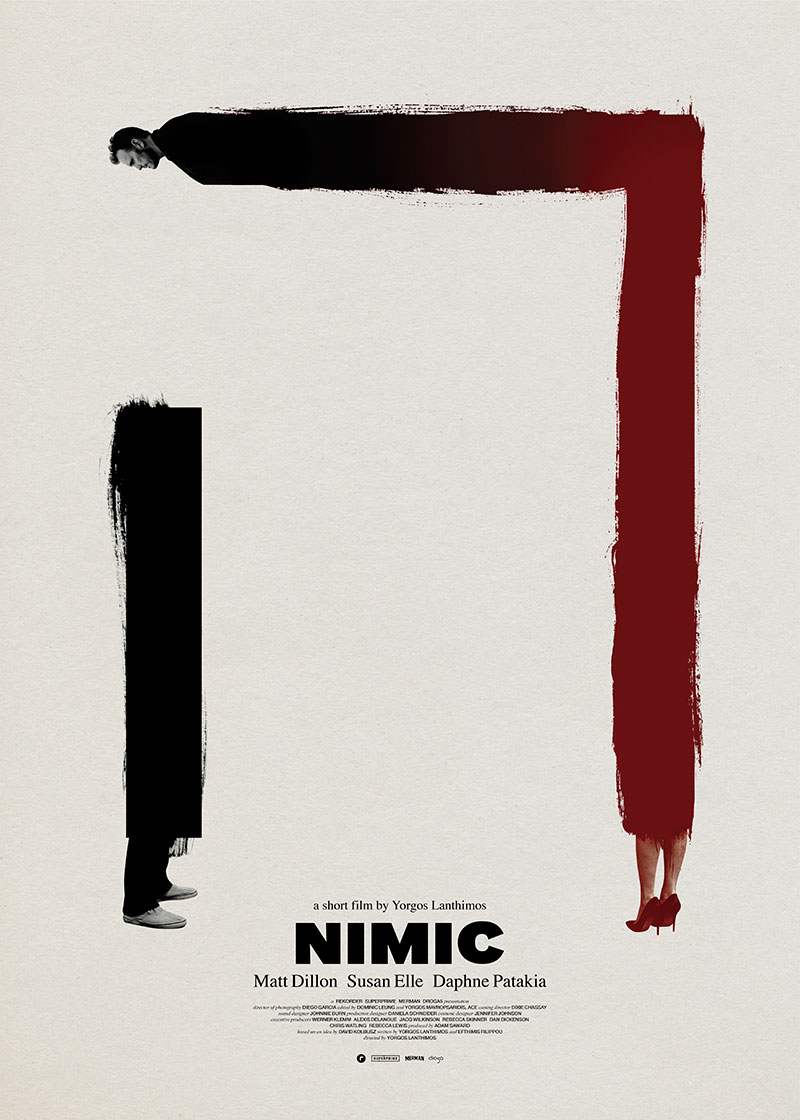