Are Films Like HP's History of Memory the Future of Branded Entertainment?

Marcus Peterzell is no stranger to the film festival circuit. His documentaries have screened at prestigious events in New York, Cleveland, Atlanta and Nashville, winning awards and rave reviews.

But he's not a movie mogul in the traditional sense, nor do his films exist purely to inform or entertain.

Peterzell trades in "brand-funded features," a hybrid genre that straddles the line between art and commerce.

"This is a fairly new medium that has surged in the last three to five years," he tells Muse. "Instead of branded entertainment, brands are actually funding features, documentaries—sometimes full-length pictures. Some go into movie theaters, on Netflix or Hulu, where the brand takes a back seat [in terms of on-screen presence]. They're really turning the film over to the director. There's not one perfect formula, but it's exploded as a new medium to utilize."

Case in point: Farmland, the acclaimed 2014 agriculture doc backed by the U.S. Farmers and Ranchers Alliance, a film Peterzell developed and distributed while heading sports and entertainment marketing at Ketchum.

Farmland premiered at the Tribeca Film Festival and played on theater screens nationwide. Responses were mostly positive—it holds an 84 percent audience score on Rotten Tomatoes—and the film was treated as a serious cinematic effort, rather than a piece of paid content. Thought it reflects the farmers' concerns, the client's footprint is kept to an absolute minimum (confined to the end credits), and many viewers probably had no idea the film was backed by a brand.

The success of Farmland, and other docs Peterzell shepherd in his eight years at Ketchum, led him to form Passion Point Collective this past February to ride the brand-funded wave. The startup handled marketing, PR and related duties for HP's poignant History of Memory, which reminds people about the importance of printing their most cherished images. Though present in the credits, HP keeps a decidedly low profile, and History of Memory won the 2019 Tribeca X award for best branded episodic series.

"The storytelling power of films allows brands to connect with audiences in ways that traditional ads and marketing do not," Angela Matusik, head of brand journalism at HP, tells Muse. "These films don't interrupt their viewing, but rather become a part of it. We are going directly to the platforms where they are consuming nonfiction films, whether that's on Facebook or Amazon. The key is to hire the most talented filmmakers, ones with a clear point of view and voice, then get out of their way and let the stories come to life in a truly genuine way." 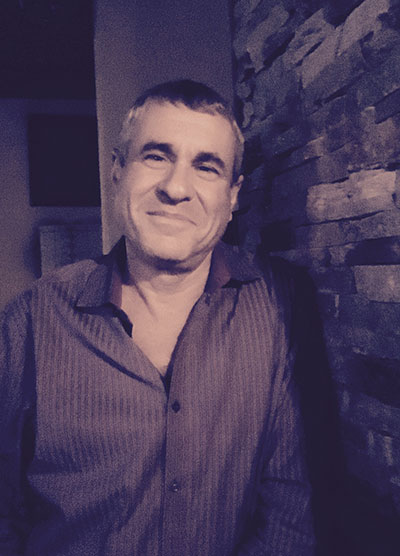 In our conversation, edited for length and clarity, Peterzell explains why brand-funded films are booming and what the future may hold.

Muse: How do you differentiate this from something like BMW Films from almost 20 years ago?

Marcus Peterzell: BMW Films had a limited release. There was no theatrical for that. There was no Netflix back then. They were a little more branded. But yes, they were one of the forerunners. And then it got very quiet.

So what's changed? Two things. One, there's been a renaissance in documentary films in general. Huge increase. Why? Because they now have a home on airlines and they have a home with Netflix, HBO, CNN—all committing to documentaries like never before. So, that's something brands are taking advantage of.

And then, of course, there are so many distribution channels. Twenty years ago, it was just broadcast television or theatrical. We didn't have a lot in between. Now, with the streaming services, it's completely changed. There's 5B, the film that Johnson & Johnson did about the AIDS crisis in the '80s, and Verizon just paid millions for it. That didn't exist back then. No one acquired the BMW Films. They just put it on their own media.

Why is leaning into entertainment smart for brands?

Even with branded content, when the brand takes a front seat, viewers still see it as an ad. With the brand-funded film, viewers see it as content first. Great content. Content they want to watch. Content they're pressing to play to see as much as any film, and the brand comes along for the ride. So we've kind of switched the paradigm here. It's a next-generation platform because now people want to see the content because it's great content, not because a brand is putting paid advertising behind it to force views.

What do you say to folks who dismiss this as just another way for marketers to sneak commercials onto yet more screens?

For the majority of my films, I hire award-winning doc directors who have unblemished cred, and we often give our directors final cut, which proves this is a proper film first and a brand vehicle second. The fact that we get into so many film festivals proves the judges agree it's not simply branded entertainment.

Why is this such a hot trend right now?

It's all about the platforms—but it's all about the case studies, too. The first film I did was Farmland with [Oscar-winning filmmaker] James Moll. And we had a brand that really took a chance: "We're going to create a feature film. We're going to make a movie. Let's hope this works." And luckily, everything worked. Huffington Post called it documentary of the year. We were in over 100 theaters. We're on Netflix and Hulu. That enabled me to get 10 more brands to say yes because they looked at me and said, "Show me a proof point. How can I make this kind of budget commitment without showing how this works?" One film begot another. It's the success of these films that are enabling other brands to jump on board.

HP's History of Memory—how did that come about?

It's a docu-series. People have 10,000 pictures on their phone, but don't print them out. HP's printer division wants to encourage people to print their pictures. So, they created this film with great filmmakers. People who just make great movies, not people from ad agencies. They told great stories—four great stories where one picture changed someone's life. Each story is different. Each story's compelling. Each story is engaging. And they put them together, and then I ran into them and was blown away by the movie, and said, "Wow, this deserves to be entered into festivals." So I put it into Tribeca. And lo and behold, we got in. And then lo and behold, we won.

How long is the feature version?

There are snackable bits they use for social. Each story was five minutes. We put them all together as one short doc of 22 minutes.

Are you a movie producer or distributor? How do you define your role?

I serve as the gateway between the brand and creating, distributing and marketing films. I'm the filter. I'm the coach that aggregates and supervises all of those activities. Essentially, I act as a virtual movie studio for the brand, and I'm very flexible. In History of Memory, the film was finished, so I just came in for the distribution and marketing. With Farmland, I conceived of the film and oversaw the director and all production, and how the budget was spent. So, I have a different role in each project. The brands are not set up to put out movies. Nor are any of the traditional agencies.

Are you developing anything right now?

There is a new film that we haven't put out yet, but they've retained me. Same as HP, it was another film that was made, and they weren't sure what to do with it, so we're working on that right now. It's over 60 minutes, so it's a full-length doc. I've done about 12 of these so far [mainly with Ketchum], and it's really about having Amazon and Netflix, these great homes for these films. I think it's just going to keep growing as a platform.

A Fighting Chance from Samsung, with Morgan Neville—who did the big Mr. Rogers film that everyone's talking about—we [Ketchum] developed that from scratch. You end up coming into it at different moments in time depending on where the brand is. It's great to be there at the beginning and have a 360-view of the whole project, but sometimes that just doesn't happen.