The Carnegie Deli, which closed in 2016 after a 79-year run as an iconic New York eatery, just popped up again—literally—thanks to Amazon's new experiential stunt for its 1950s-set period comedy-drama series The Marvelous Mrs. Maisel.

The original Carnegie Deli was found on 7th Avenue between 54th and 55th Streets. The pop-up is a good ways downtown, at Lafayette and Kenmare, but is otherwise intended to be a faithful replica—with the décor, the pricing and the menu all reflecting 1950s NYC, in which Maisel is set.

Created with Tool of North America, the pop-up deli, open Dec. 1-8, is timed to drum up interest in the show's second season, which hits Prime Video on Wednesday. 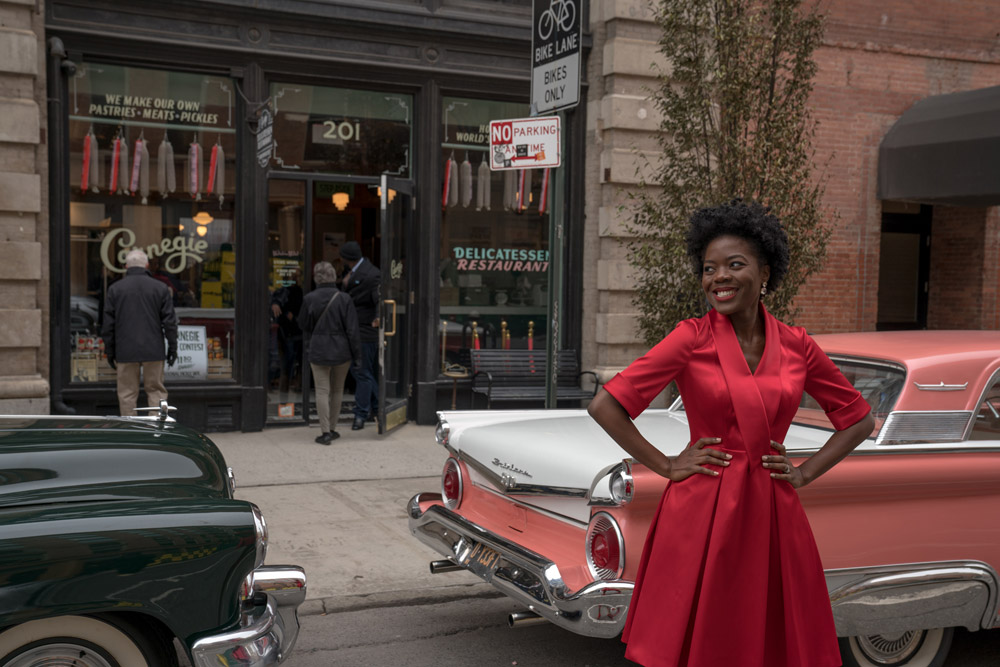 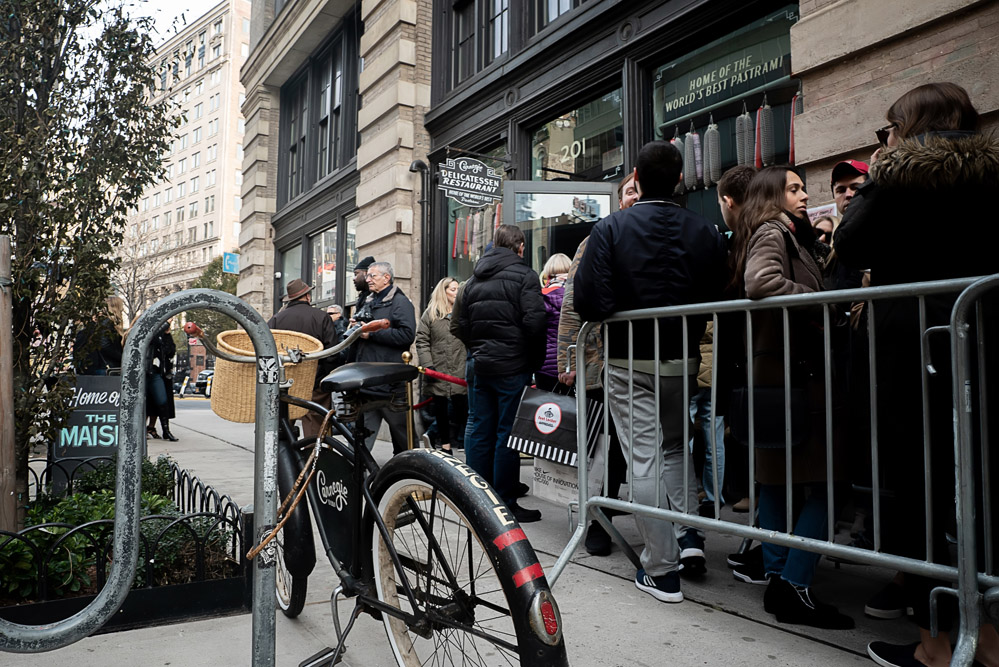 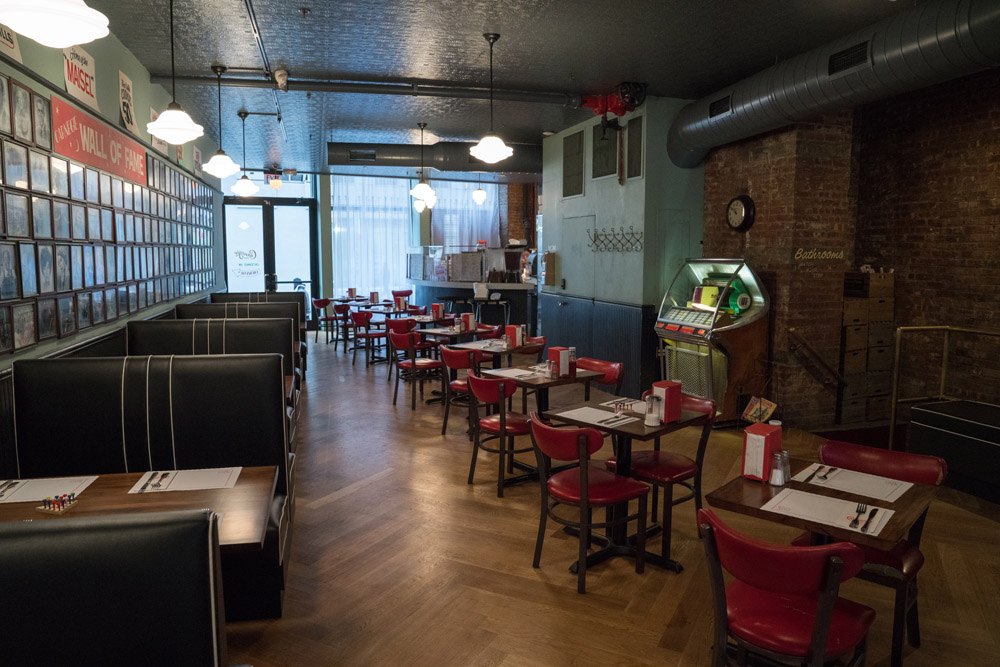 "The Marvelous Mrs. Maisel firmly established itself in the pop culture landscape with the iconic and groundbreaking Midge at the center of the Emmy Award-winning series, and we wanted to transport our viewers into her world with an of-the-era experience," says Mike Benson, head of marketing at Prime Video. "We're thrilled to bring back the iconic, beloved New York Institution that is the Carnegie Deli to celebrate the upcoming season and immortalize Midge's character through the comedic tradition of a namesake sandwich."

That new sandwich, known as "The Midge," is made with Carnegie pastrami, salami, coleslaw and special sauce on rye bread. It's "a sandwich worth the schlep!" according to vintage-looking ads made to promote it. The deli will also serve sandwiches named after other characters. All of the sandwiches will cost just 99 cents each. 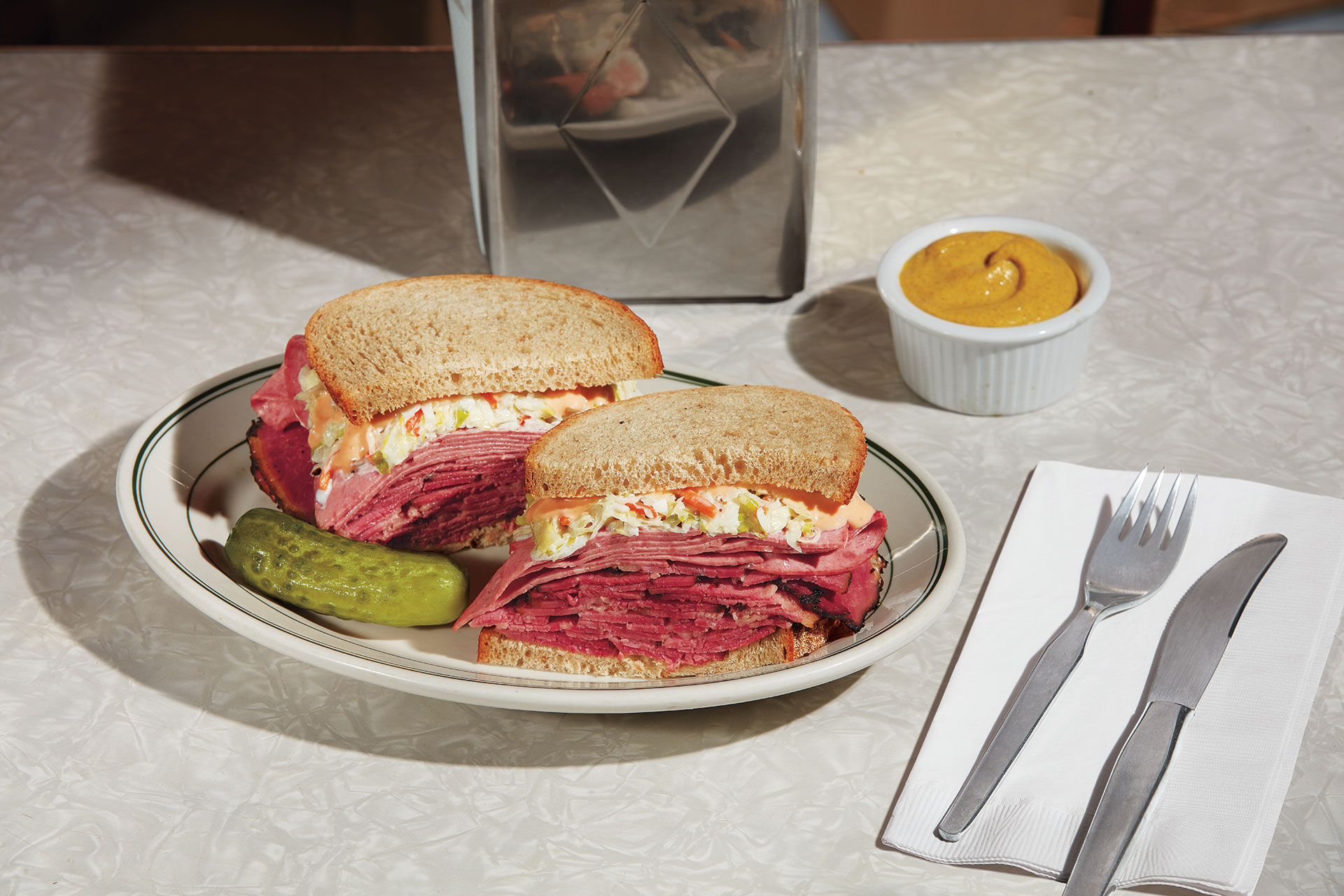 Amazon and Tool consulted with Maisel's production team, and with the owners of the Carnegie Deli (who still operate three locations outside NYC, as well as a wholesale distribution business), to ensure the authenticity of the space.

"It's imperative to both teams that every aspect of the deli reflects the era and ethos of The Marvelous Mrs. Maisel, which is why we've worked so closely with the show's production team to produce," says Dustin Callif, managing partner at Tool. "Additionally, we've partnered with the deli's longtime photographer and photo curator, Charlie Bennet, as well as the owners of the Carnegie Deli to remain authentic. This vision is key to the customer experience, which will include branded menus, sandwich wrapping, vintage cars outside, store-front takeovers and bicycle delivery boys who will be making special stops throughout the city that week." 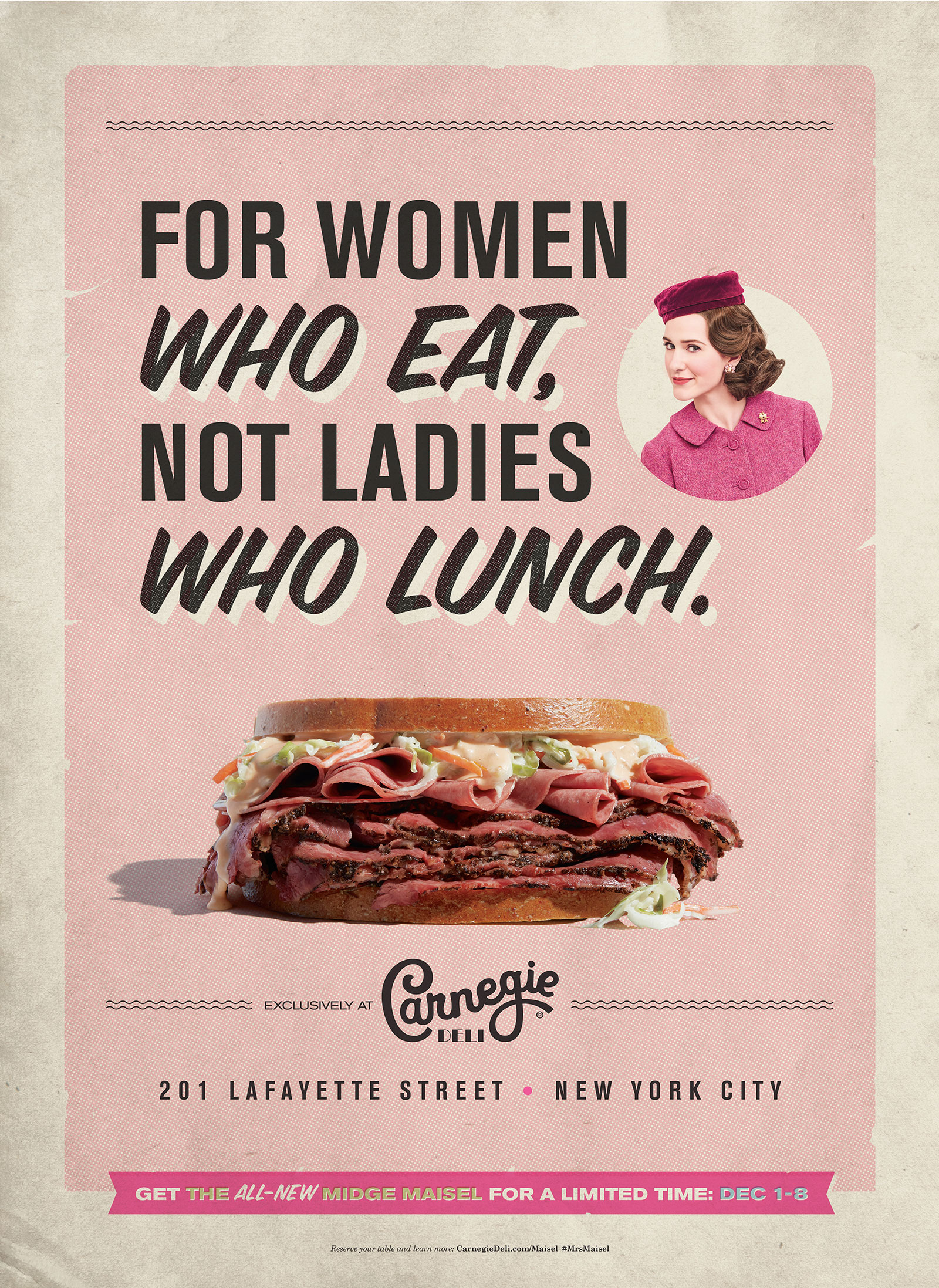 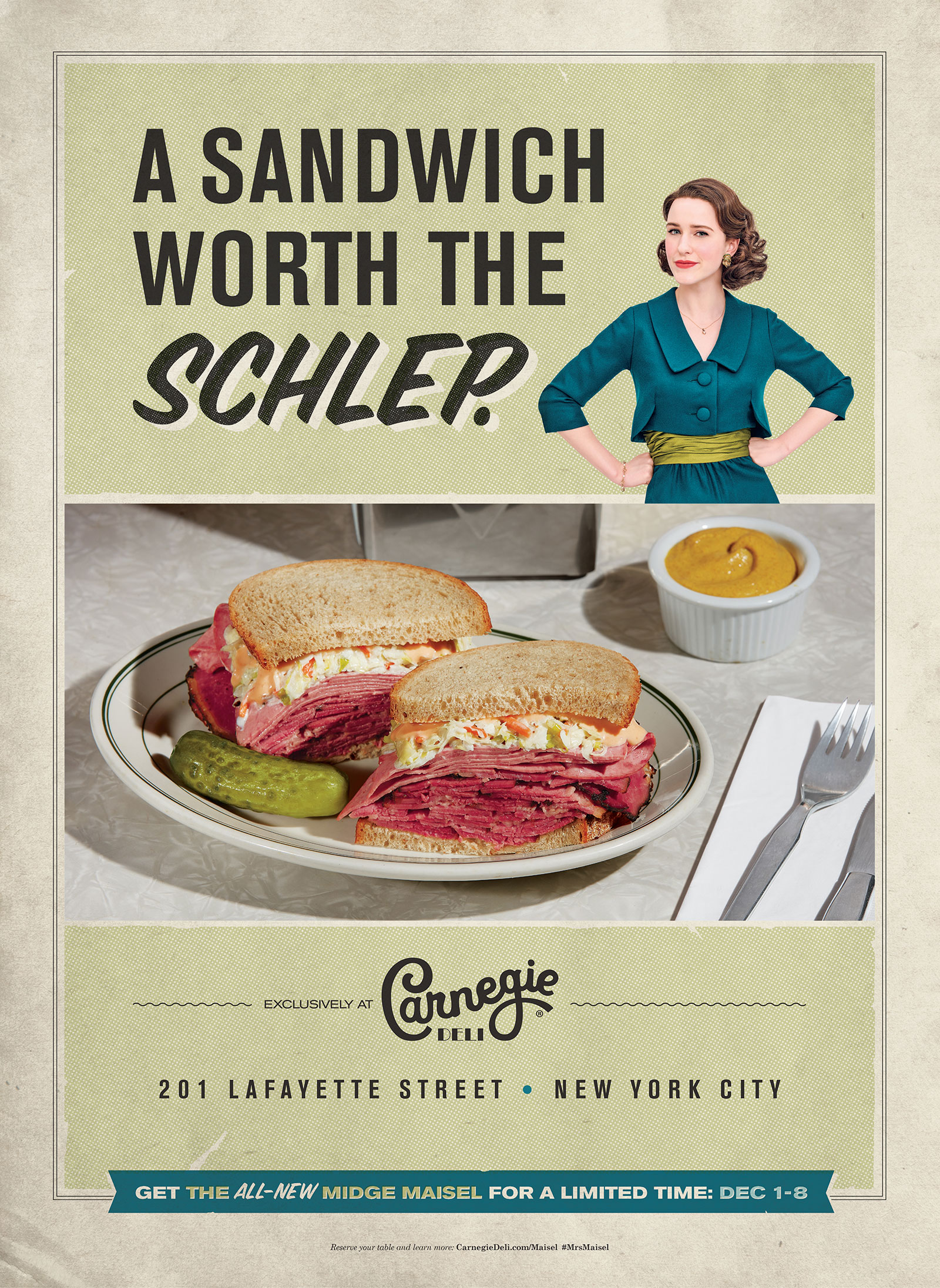 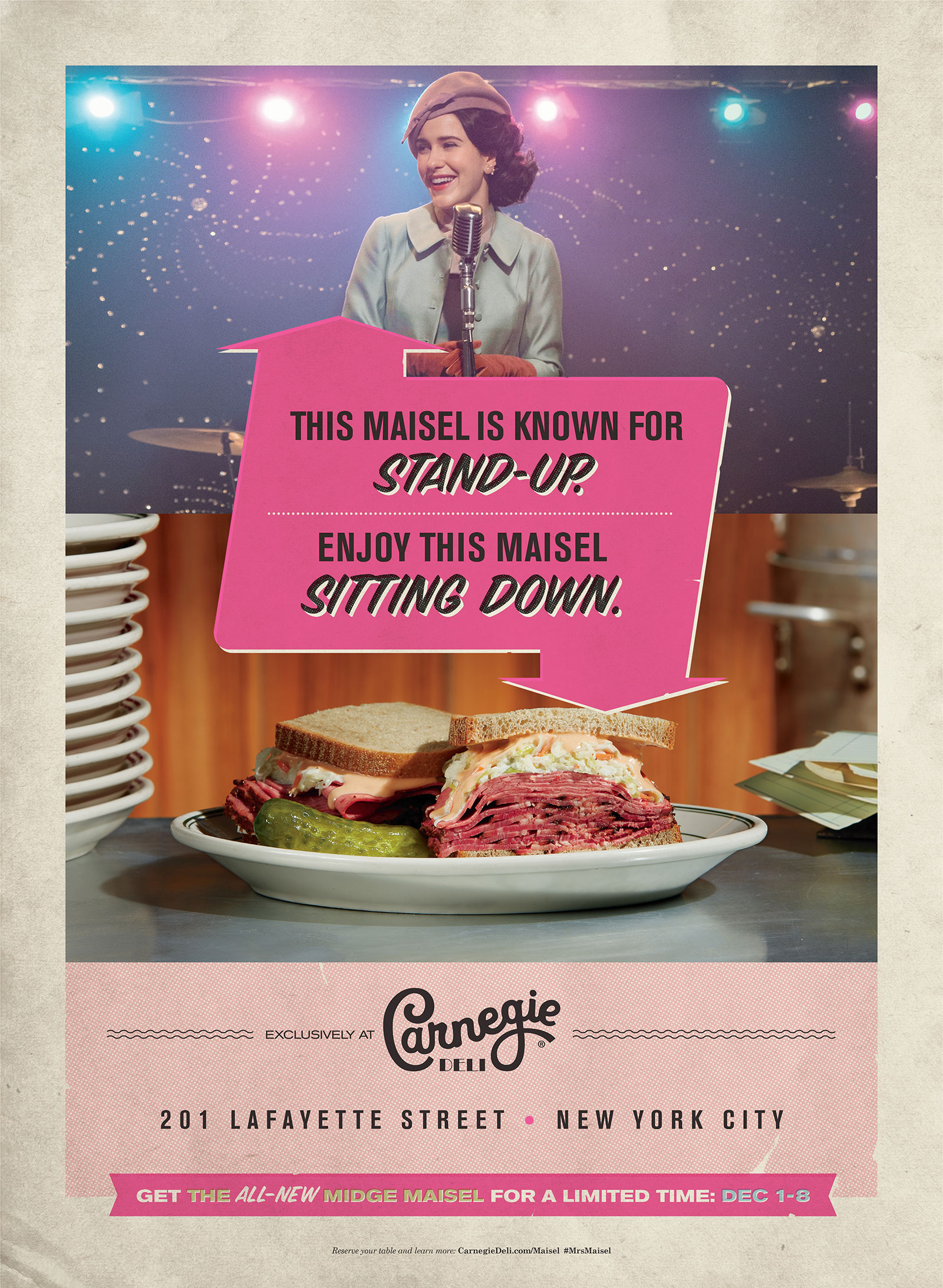 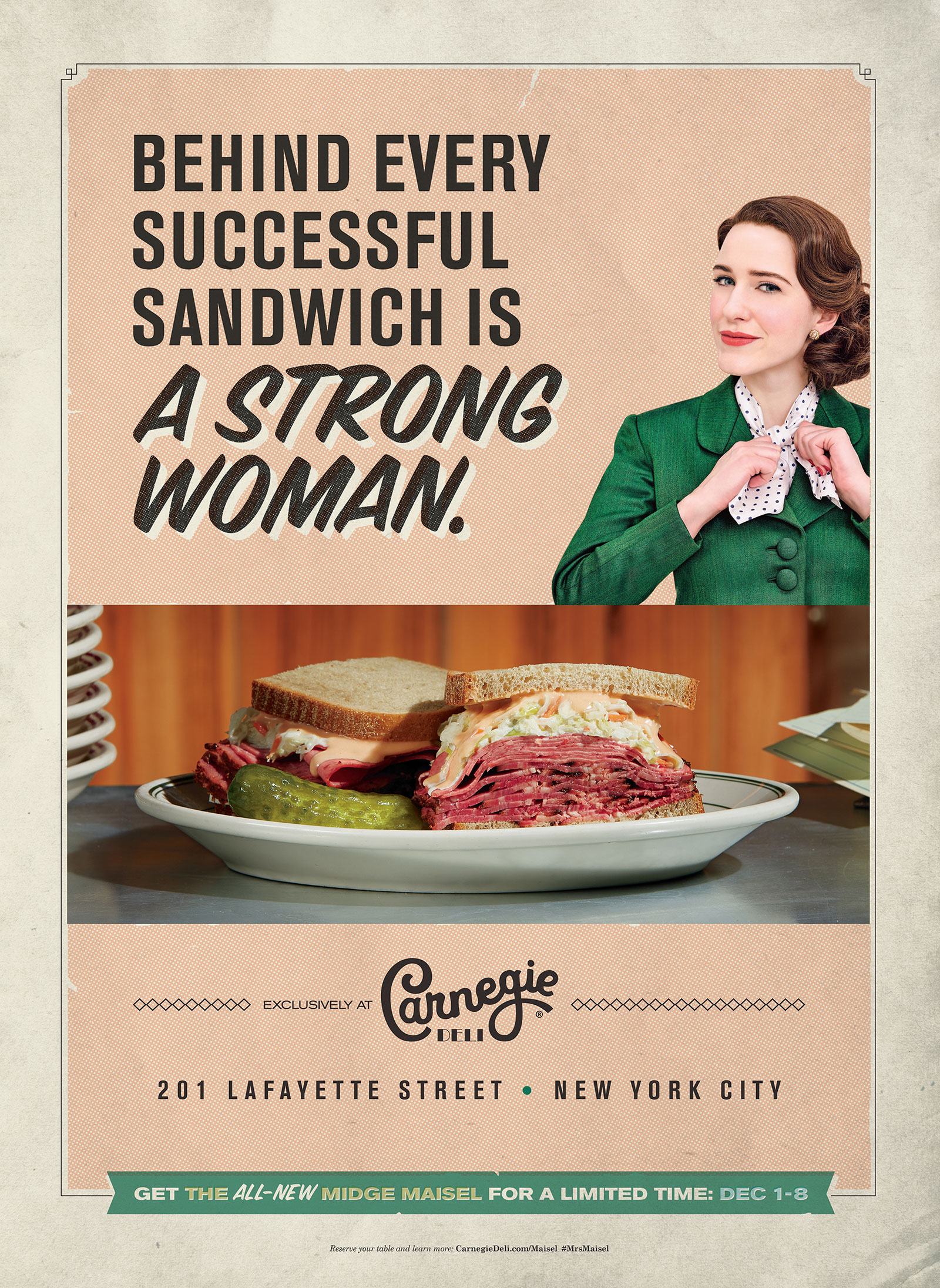 Prime Video is donating all of the proceeds from the pop-up to the Lower Eastside Girls Club.

Unfortunately, bookings are already completely sold out for tables at the pop-up. But you can enjoy the experience vicariously at carnegiedeli.com/maisel.

Swipe/click through more pics of the space below. 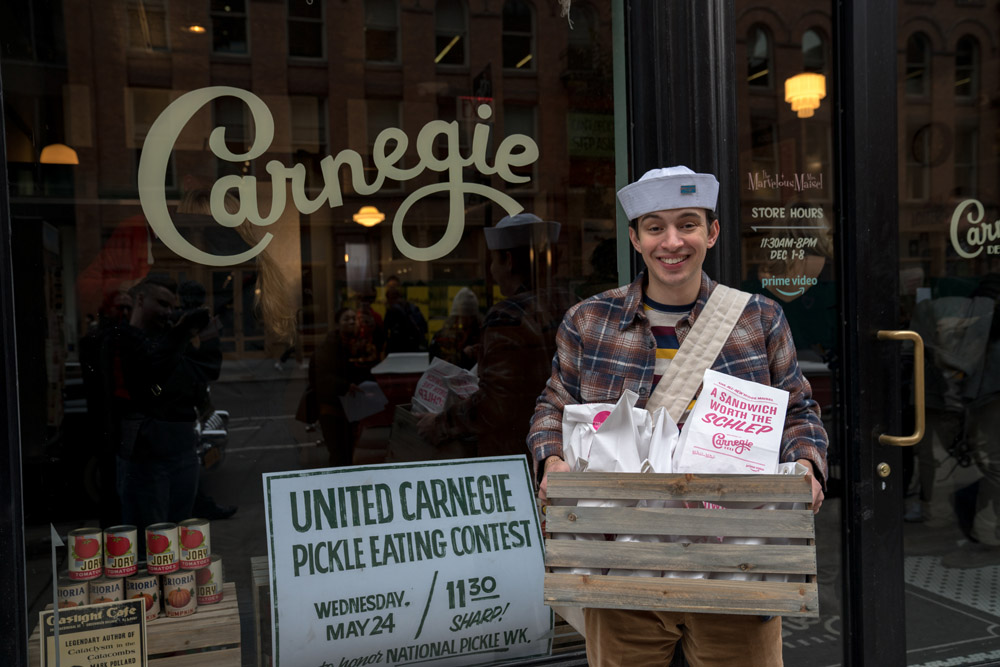 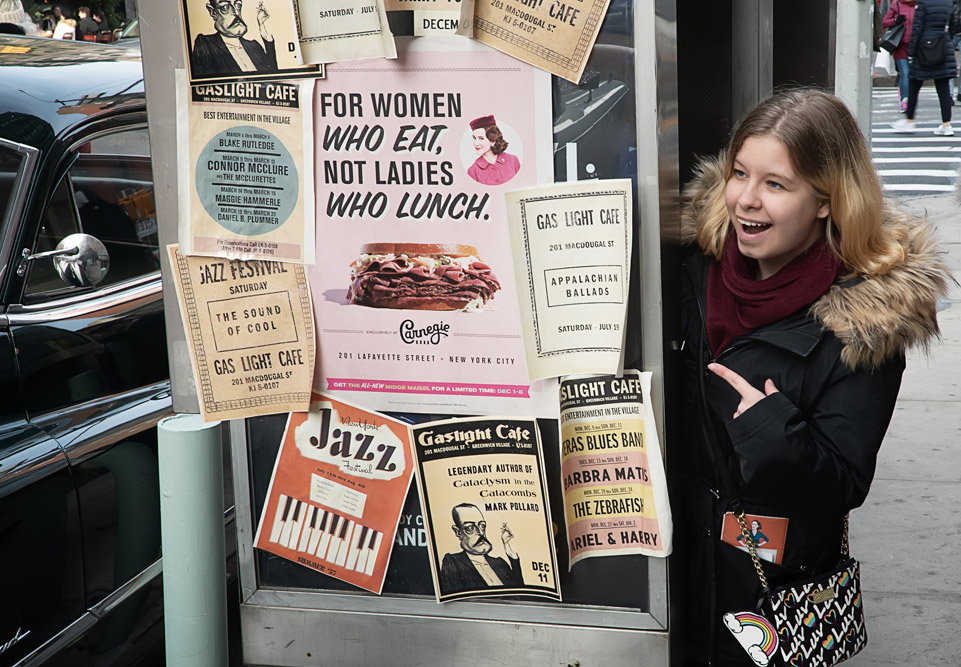 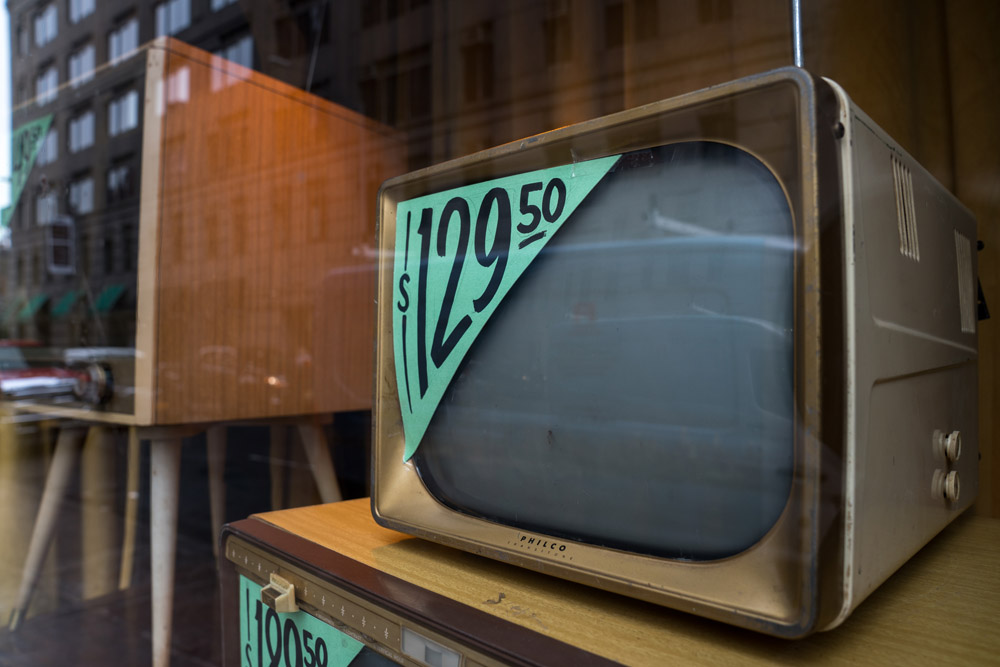 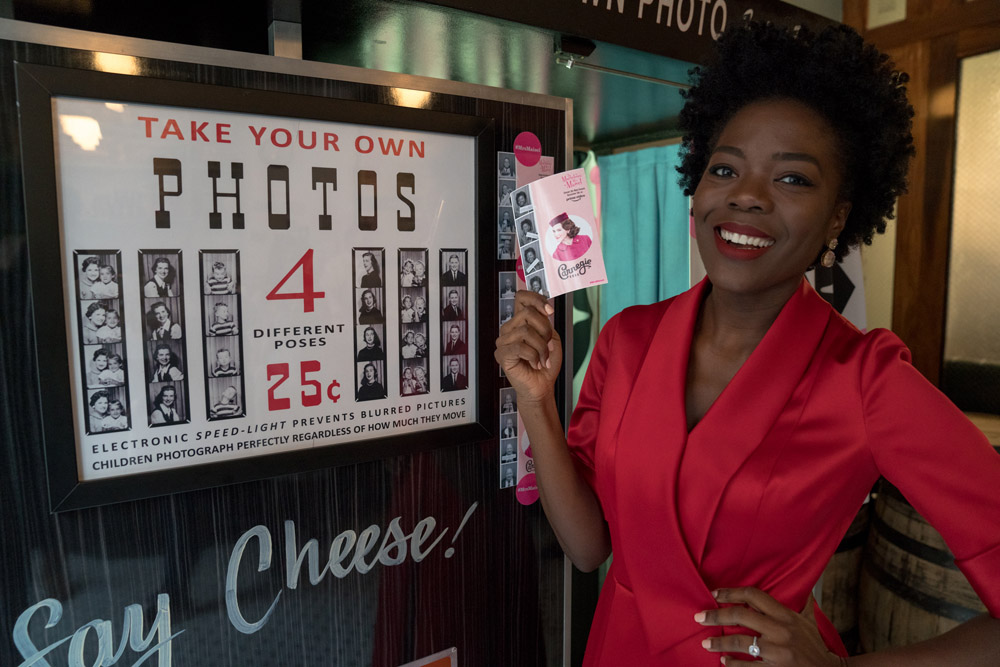 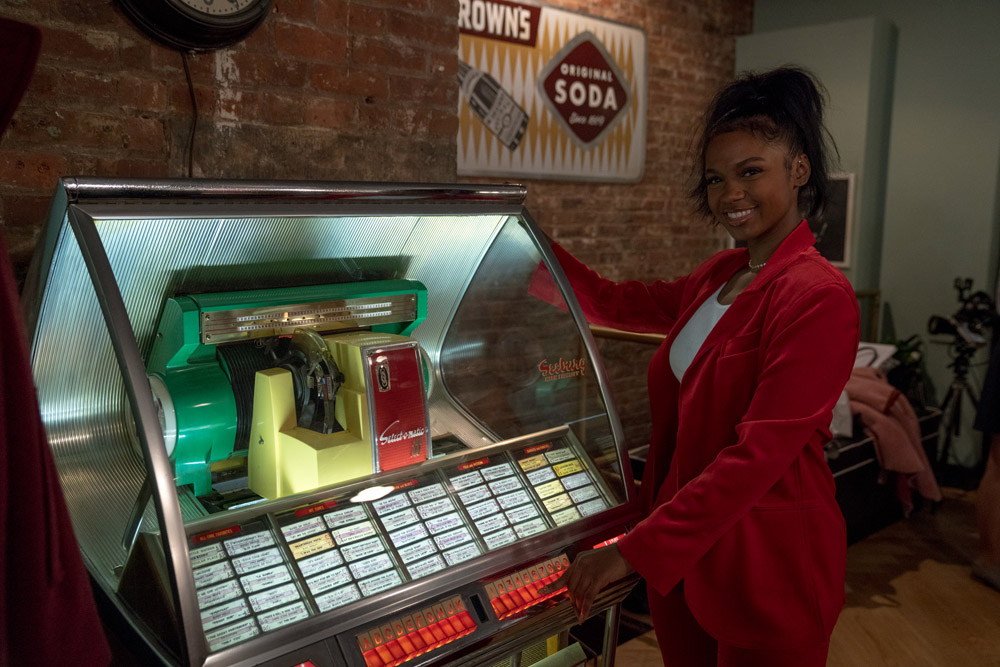 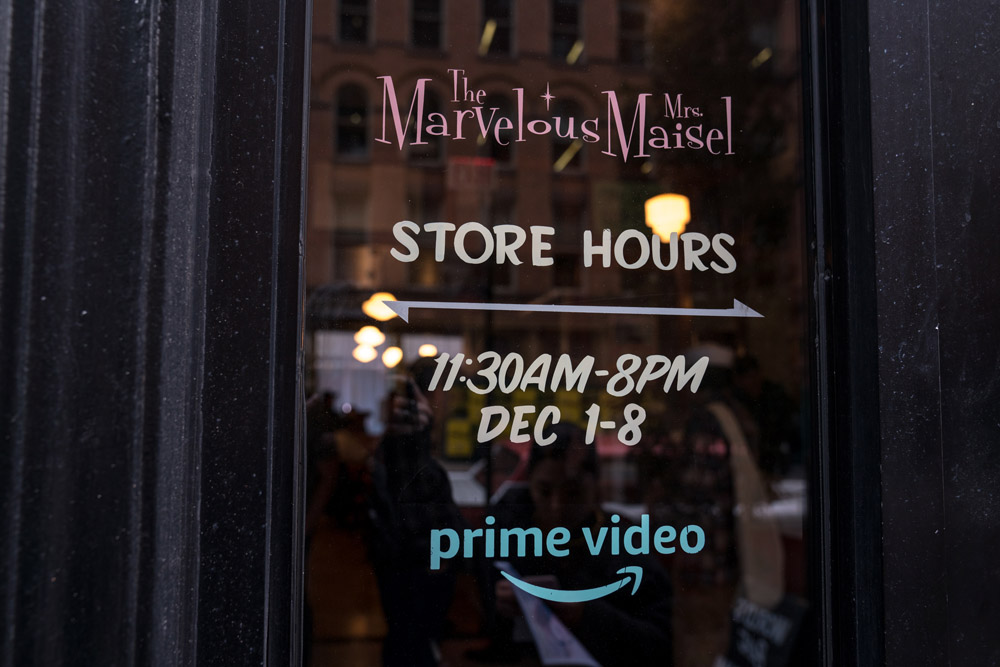 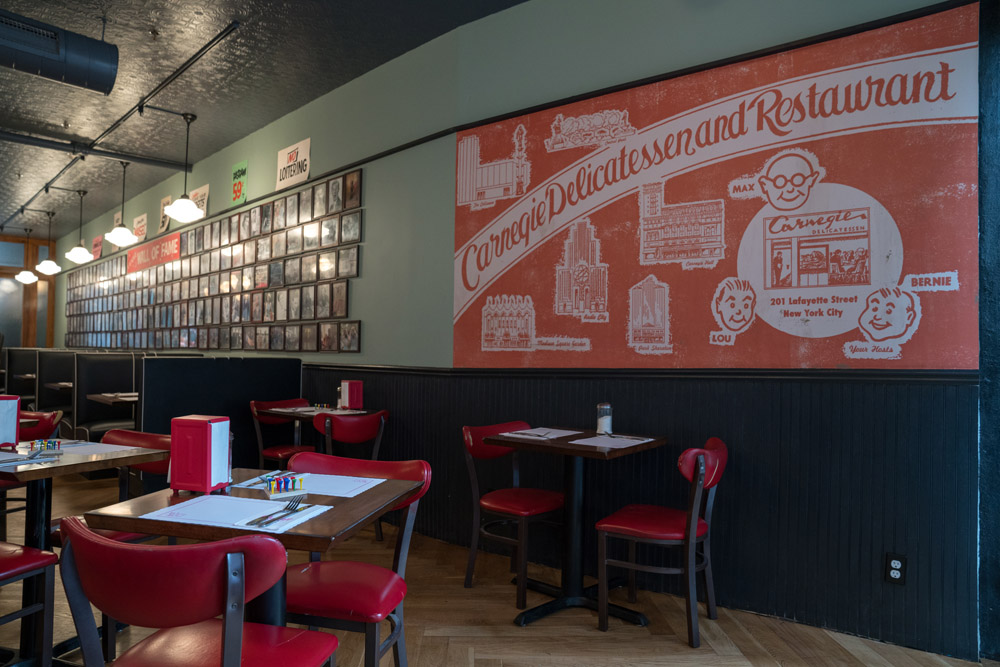 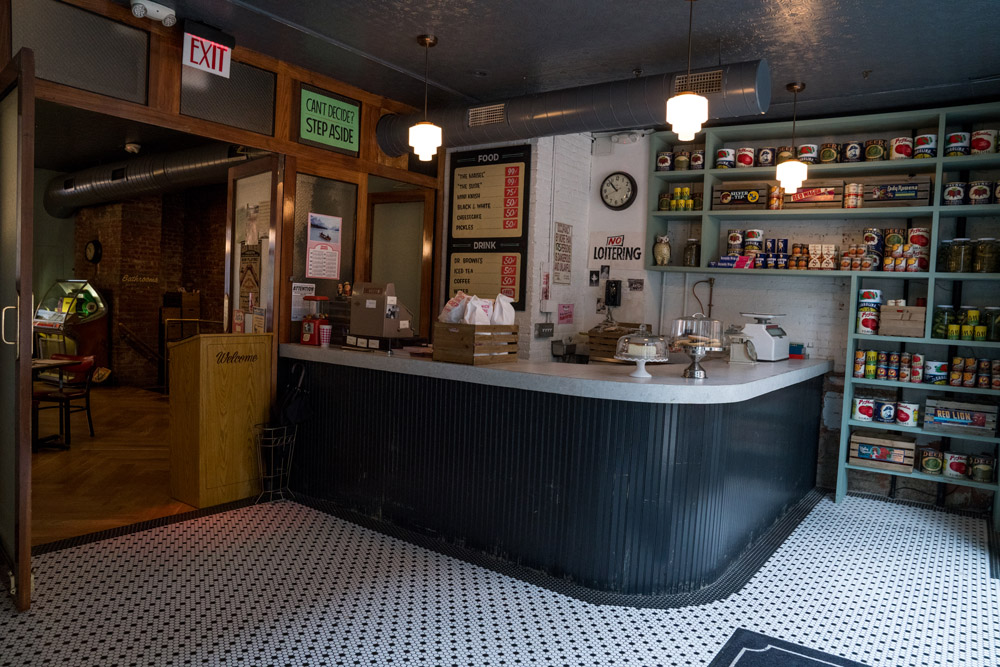