How Writing for Television Changed My Advertising Career

What I learned about pacing, bravery and more

How I ended up writing for a daily TV show

To be honest, this path wasn't planned at all. At the time, I was working as a creative in an ad agency, Fred & Farid Paris, and I got an offer from Franck Annese of the Sovage production company. He was about to join the writing room of the popular daily French TV show Le Grand Journal on Canal+, and asked me if I wanted to come along. I immediately said yes. Especially because of the new host of the show, the legendary comedian Antoine de Caunes. I was a big fan of his comedy and TV appearances growing up, and someone just gave me the opportunity to write and come up with ideas for him. It was a no-brainer.

When I started, the thing that was totally new for me was the rhythm. You are sitting in a room writing for a show that airs daily. So at each meeting, you are asked to come up with a new idea. That was different from what I experienced brainstorming in the advertising world, where you get a longer time period to work on a brief. For TV, everything is super quick but you get to learn from your mistakes by producing segments day after day.

The good thing is that you get to produce a lot of ideas, whether it's monologues for the host, questions for the interview, or comedy sketches. This means that when something doesn't quite work out, you get to start over the next day and you can adjust. In television, everything goes a thousand times faster. It was common to have to pitch an idea for a parody video or a comedy bit in the morning, shoot during the day and air it at night. I had to learn how to think faster, to deal with a limited production budget and to produce as quickly as possible.

It's really a great learning experience. And it's really exciting because the output of your production airs on live television every evening. You can't really linger on a great or a bad day because there is always another show coming up. It asks from you a different way of working, where you need to be constantly coming up with ideas, all while staying true to the DNA of the show that you are working on.

The truth is, the two jobs are quite similar when you look at them. As a copywriter, you try to tell the story of a brand, one campaign at a time. And as a TV writer, you try to craft the tone and the personality of a show, night after night. The main difference, I'd say, is that you have way more freedom on TV about what you can say, compared to the world of marketing. The tone there is less corporate, you get to be more edgy or to react to the current news in a way than a brand would never.

Obviously, you still have executives that make calls and might greenlight your idea (or not), but you don't have to restrict yourself before showing anything to the client for fear of a negative reaction or fear of how it might perform in research. I found this to be liberating for a creative and I believe that I kept this energy with me, even today. I always try not to forbid myself from doing things, even if it sounds weird for a brief.

Why I decided to go back to advertising

I wrote for two seasons for Le Grand Journal on Canal+. I did another year working solely for the Sovage production company where I got to co-write two series for SoFoot, a soccer media. In these three years, I believe I learned a lot. I grew up as a creative and it definitely gave me the urge to keep on setting time aside to write personal projects on the side. But at some point, I would say that I started to miss the craft aspect of advertising, when you get to have some time to tinker on an idea or a production, to work along with world-renowned movie directors and build a brand for a longer time period.

I believed I could use the skills I developed working as a writer and that they would become useful as a creative in advertising. In the end, it gave me even more tools in my shed to be able to think outside of the constraints of the communication of a brand. I felt like I got some new powers and I was dying to try them in the advertising world working on campaign briefs. 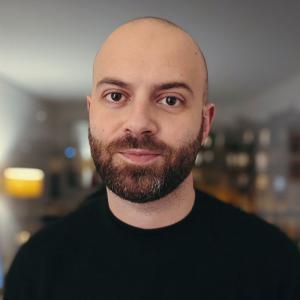