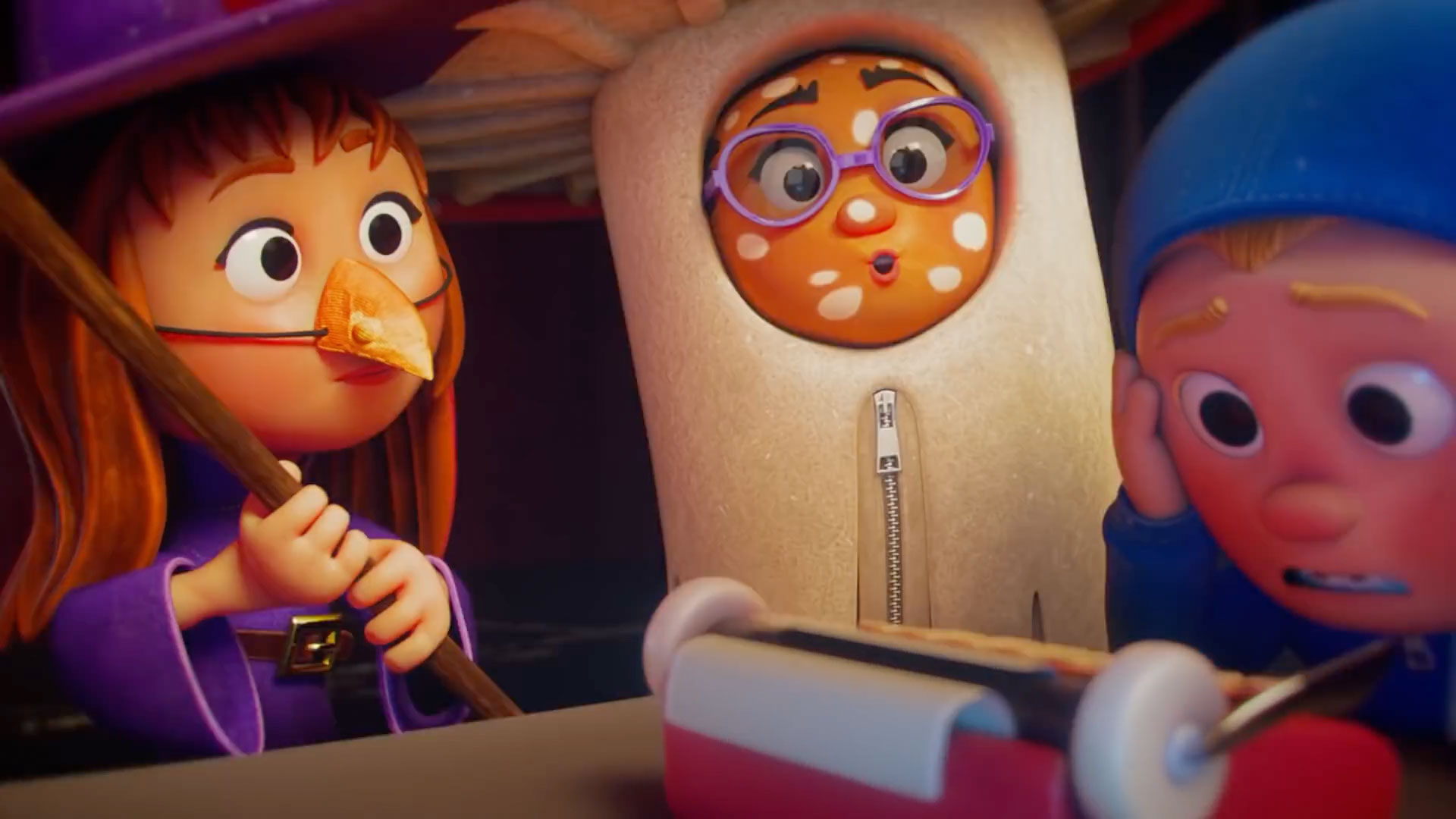 Owing to pandemic restrictions, students at the Thurman White Academy of the Performing Arts in Henderson, Nevada, won't be hitting the boards this year in their annual play. But thanks to Cox Communications and 180LA, they'll perform on a global stage instead.

Working from home, 22 of the middle-schoolers voiced Drawn Closer, a film by Nexus Studios director Patrick Osborne, whose film Feast won an Academy Award in 2014 for Best Animated Short. Using Zoom, he also recorded the kids' facial expressions and gestures to create a wide array of animated characters.

Here's a preview of the new project, with cast and crew interviews:

Drawn Closer: How one middle school drama class became the stars of an animated short

"Something that was really clear in talking to all the kids at Thurman White Middle School was that their friendships, their social existence is entirely born out of being creative with other people," Osborne says in the trailer. The students report that making the film gave them a heightened sense of purpose and community, kindling their hopes for a brighter tomorrow.

Fittingly, the story revolves around behind-the-scenes aspects of the theater world. The short drops on Mother's Day, May 9, via Cox's Yurview service, with the youthful cast walking a virtual red carpet.

Below, execs from the client-agency team—which previously surprised healthcare heroes with home-cooked treats for the holidays—discuss Drawn Closer in greater detail:

Where'd this idea come from, exactly?

Mike Bokman, executive creative director, 180LA: This is part of the Connections Project, a program we designed to enable Cox to create real human connection where it's needed the most. With many extracurricular activities canceled this year, we knew kids were missing out on the experiences that offer them a strong sense of connection to their friends. Theater kids, who rely on each other to perform, were missing out on their school play. We wanted to give them a chance to reconnect and perform together again.

How'd you pick that particular school?

Bokman: It has a great performing arts middle school, with a great drama teacher. The county had also recently been thrust onto the global stage for the fact that the lack of in-person learning has led to soaring rates of mental health emergencies among children there.

Did you consider other projects in lieu of the kids performing live, or was making an animated film always the plan?

Bokman: We knew early on that we wanted to give theater kids missing out on their school play an opportunity to connect under an even bigger spotlight. There were a couple of ideas kicking around on how to do that, but we quickly settled on an animated film because it would provide a unique experience and a safe way to connect, and give us a smart, fresh use of technology, as well as a really watchable piece of work.

At what point did Patrick Osborne get involved?

Bokman: We had a conversation with Nexus Studios, which does such amazing animation work, and they put forward Patrick. We were all excited to work with Patrick. Many of us were fans of his from his Academy Award-winning short. And on our very first call, he showed us a test of facial capture technology he'd been working on that would allow the kids to not only provide the voices, but also to put on more of a full performance, facial expressions and all. We were blown away! It was so fun to watch how the animation would react to faces in real time. It was the perfect artistic and technological match for this idea.

The students must've been blown away by the opportunity, yes?

Emma Greem, copywriter, 180LA: At this age, being social is everything. They're just figuring out who they are and what matters to them. And for the kids who've chosen to go to a performing arts middle school, creativity lives at the center of that. They feel seen and accepted at school in a way they may not even experience at home. After a year of missing out on that community, it was a real joy to see them reconnect—with their creativity, and with each other.

What does Drawn Closer mean from a brand perspective?

Rachel Negretti, director of brand strategy and new media, Cox: Bringing this drama class together at a time when they were physically separated was close to our hearts. It's a real demonstration of the power of technology to bring people closer at a time when it's needed. This wasn't about us. It's about all of us.  We're a part of the community, and if there's something we can do to help, it's our honor to do so. Our audience [for the campaign] is families, students, teachers. All of those who know what this pandemic has been like for children. We hope it gives them hope and inspires them to keep finding ways to keep kids connected.