Amazon also wins a Grand for its Maisel Day activation

A total of seven Grand Clios were awarded in the Television/Streaming categories of the Clio Entertainment Awards on Thursday night.

HBO won three of the Grands, all for Game of Thrones work, while FX nabbed two—for two different shows. The other two Grands went to Amazon Prime Video for Maisel Day and Russian network TNT4 for an on-air promo.

See all the winners below.

Game of Thrones, 'For the Throne'

HBO's "For the Throne" campaign for the final season of Game of Thrones was a truly global phenomenon, executed on a scale that matched the epic nature of the show.

The campaign included the "Joust" Super Bowl spot in partnership with Bud Light; Shake Shack forcing fans to order in Valyrian; the NBA's Minnesota Timberwolves changing their identity to the Direwolves; Oreo changing the face of its cookie, Mountain Dew sacrificing all branding; and much more.

In addition, some 30,000 fans from 93 countries used 360-degree videos and cryptic clues to travel nearly 3 million miles on quests to sit on six thrones hidden in six hellscapes. And more than 350,000 fans even sacrificed their own blood to potentially save more than a million lives.

The campaign racked up 6.7 million campaign mentions in social (26 percent of total GoT conversations during the campaign), as well as 8,710 broadcast clips and 10,200 articles.

HBO and Bud Light won the Super Bowl with a partnership that melded the two medieval worlds into one—with Bud Light even agreeing to let the Bud Knight be sacrificed during the spot. Just as remarkably, it also entailed two of the world's greatest creative agencies—Wieden + Kennedy and Droga5—to work together on the production.

Game of Thrones, 'Bleed for the Throne'

"Bleed for the Throne" kicked off with an immersive experience at SXSW and then spread to include 3,000 blood drives in 18 other countries. Some 352,344 people donated over the campaign period, which equates to 349,660 usable units of blood. This helped the American Red Cross boost totals by 12 percent versus the year prior—and one out of every five donations came from new donors.

This visually stunning promo for AHS Season 8 featured a blonde boy blowing out birthday candle—which suddenly morphed into a nuclear shockwave. In its 8th season, AHS Apocalypse premiered as the most watched program of the night, inclusive of broadcast, in all key adult demos.

FX created multiple finishes for Legion's third season, all channeling different aspects of the acid-trip psychedelia visuals of the 1960s and '70s. The pieces were a mashup of clashing colors, series-encompassing easter eggs, heroes and villains, and the ever-present threat of the Shadow King lurking in the corners. Artists Peter Max and Milton Glaser, among others, served as inspiration for the campaign of photographic illustrations. 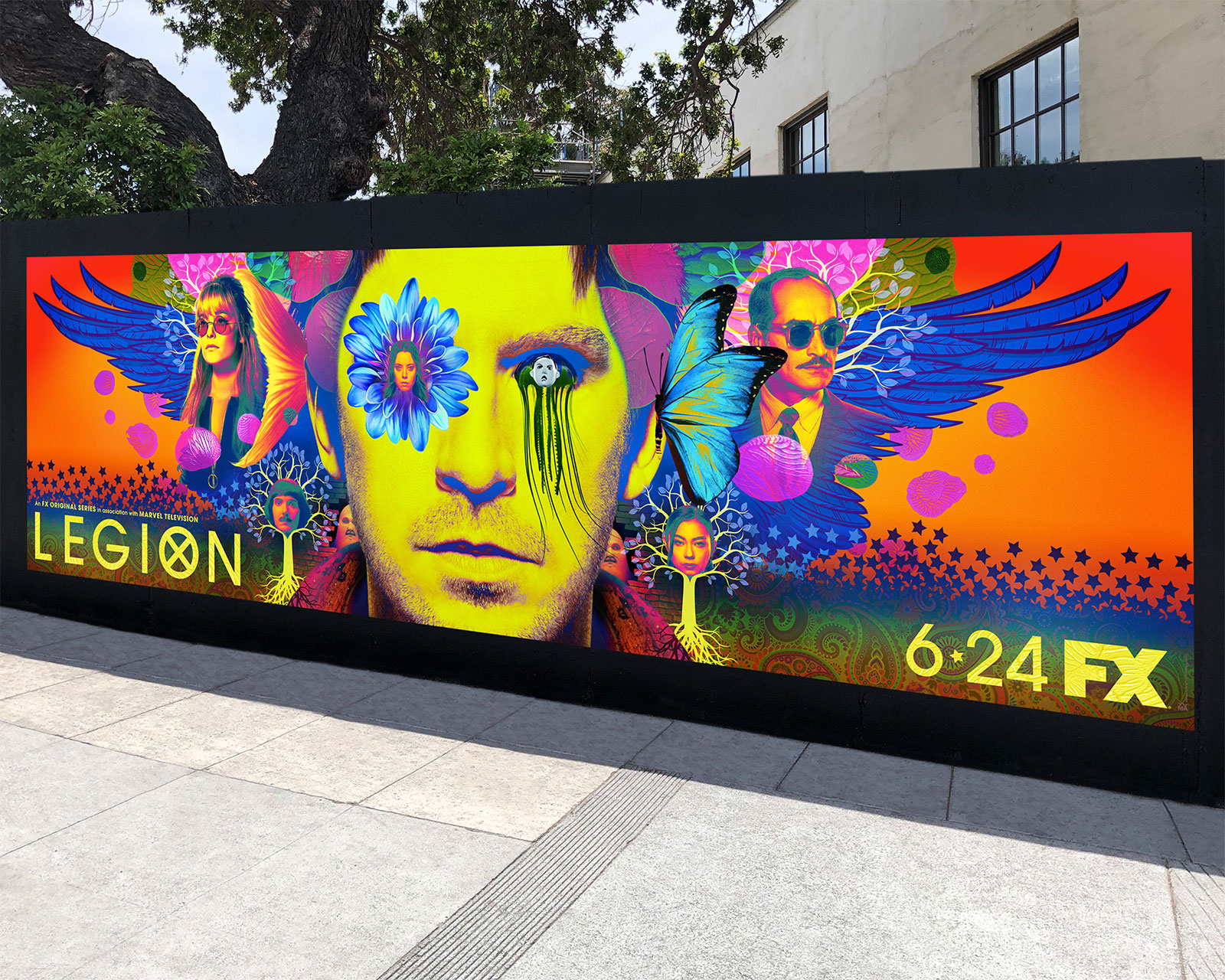 For phase two of Emmy voting, Amazon offered the ultimate Throwback Thursday for fans of The Marvelous Mrs. Maisel. The streamer worked with 40 partners around the greater Los Angeles area—gas stations, food, drink, hospitality and—to offer 1959 prices on a variety of products and services.

This remarkable celebration of movies was expertly edited on an Avid Media Composer, without any input from CG designers.

In addition to the seven Grand Clio, a total of 41 golds, 142 silvers and 140 bronzes were awarded in Television/Streaming. See all the winners here.