Plus, it's turning social upside down

Folks who visited the frozen waffle maker's social channels this week will have noticed some strange things going on. They saw pictures of '80s-style billboards with the "E" in Eggo dripping blood onto the roadside ... 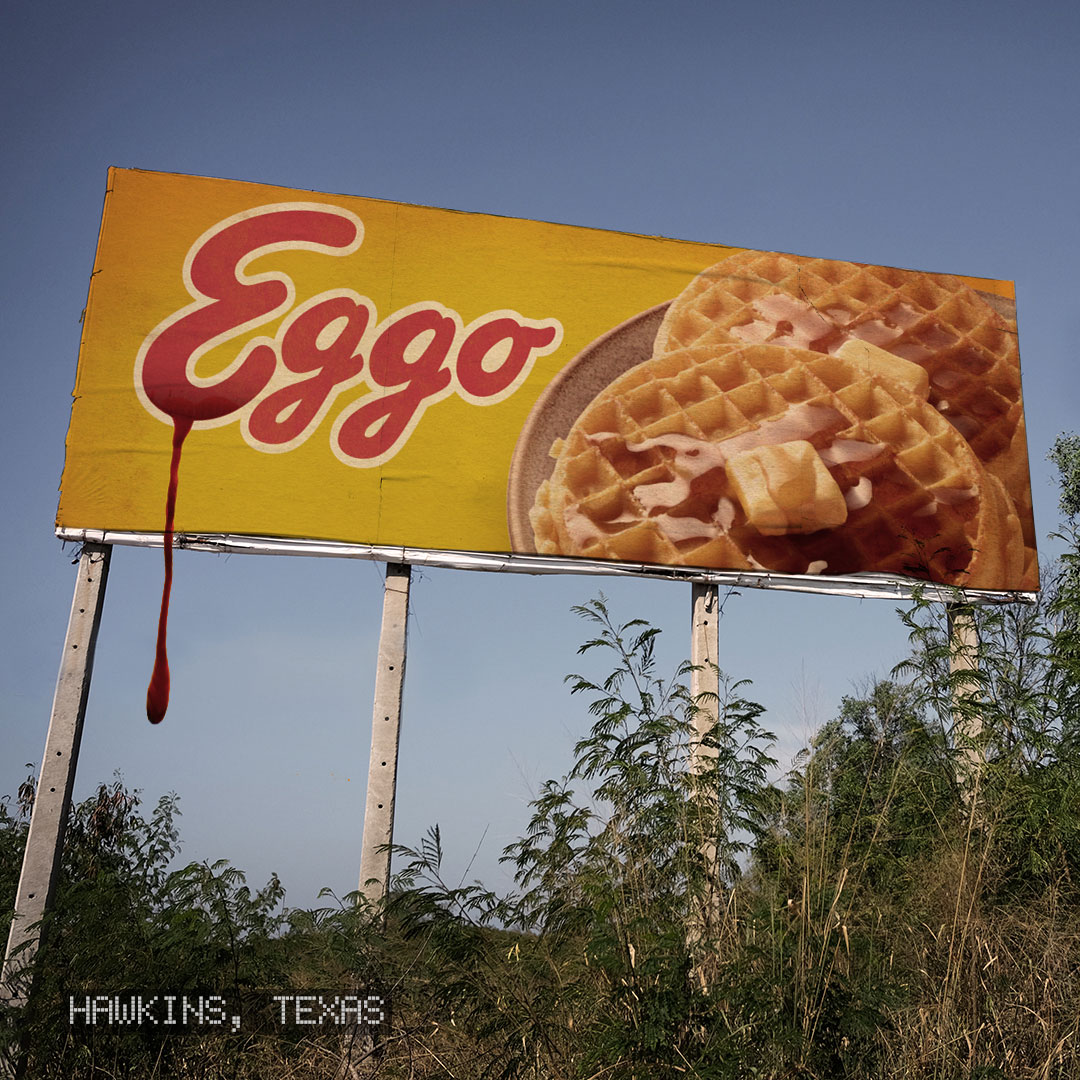 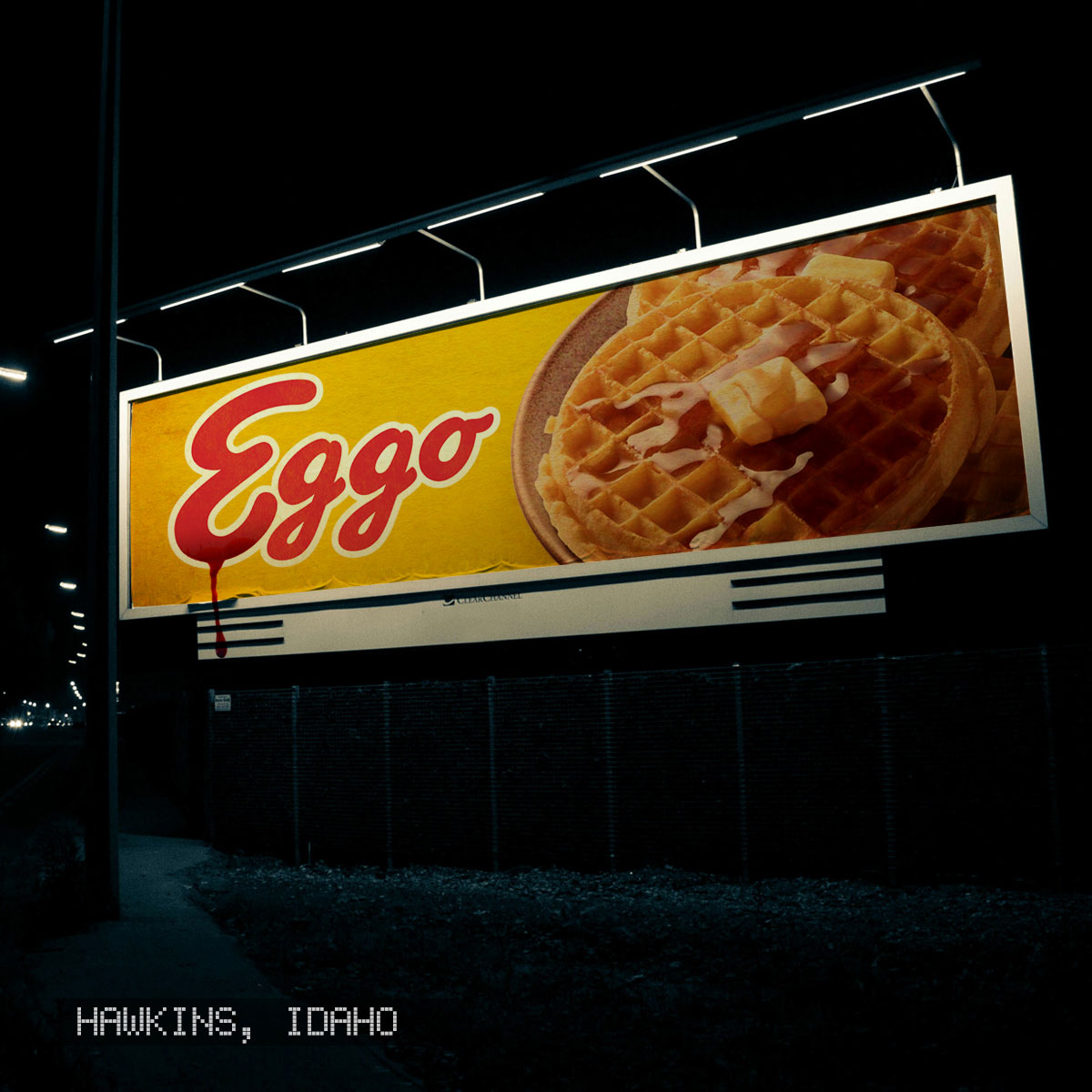 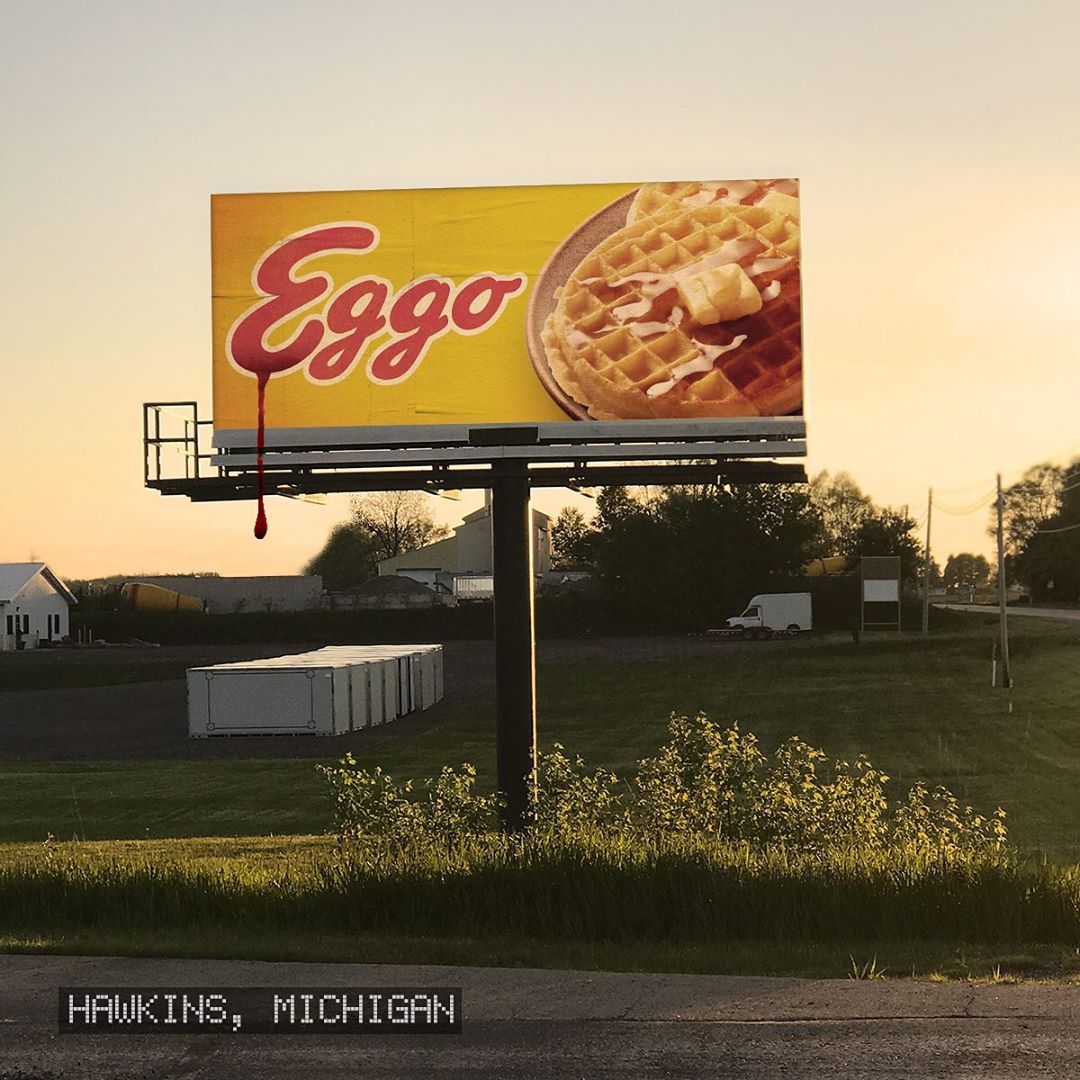 ... and print ads from 35 years ago tricked out with sinister elements. (Buttermilk or "Don't Lie," which do I feel like today?) 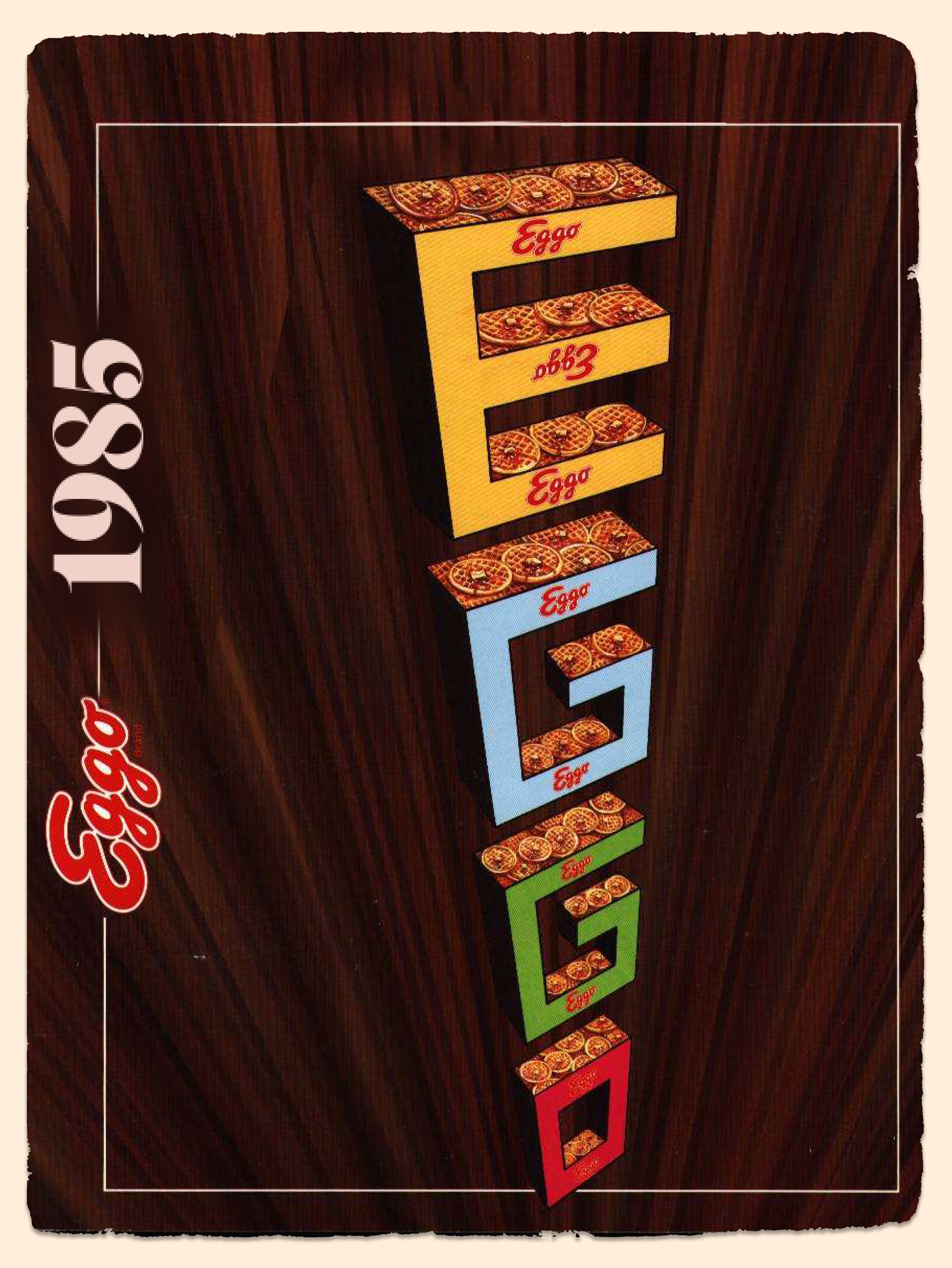 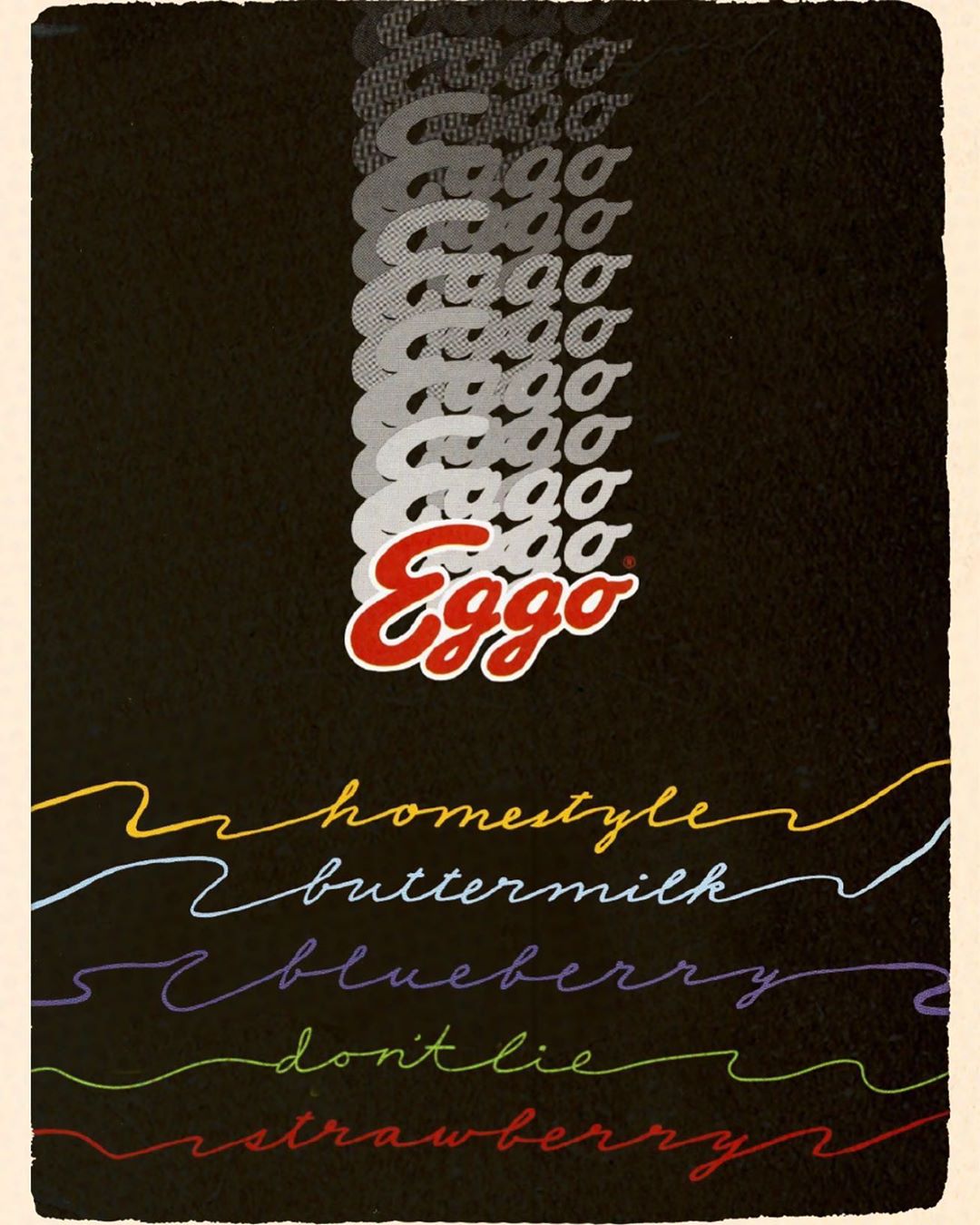 The images of the billboards were tagged with the town name "Hawkins" from a number of states, including Arkansas, Arizona, Idaho, Maine, Michigan, Texas and Wisconsin.

By now, you might be wondering, "Do such oddities allude to Netflix's Stranger Things series, which is set in the 1980s—in the nonexistent town of Hawkins, Indiana—with Eggo-lovin' schoolgirl Eleven and the gang facing who-knows-what from that weird realm known as the Upside Down?"

Well, either that or billboards have begun spontaneously hemorrhaging, and that's a road we don't want to cross.

The campaign targets fans of the Netflix series who are counting down the days to the Season 3 launch on July 4. "These fans love the show and understand the unique relationship between Eggo and the show's characters that has existed since the very beginning," says Marcus Collins, chief consumer connections officer at Doner, which created the campaign.

Sure, lots of brands have braved the weirdness to hook up with Stranger Things. Burger King flipped for the opportunity, and Coca-Cola made something very old (and icky) new again. Even so, Eggo believes its earned a place at the head of the table.

"While the brand does not have an official partnership with Netflix, we knew that Eggo had unique license to participate within the fan network," Collins says. "The response from the fans has been both positive and affirming."

Heck, they'll probably horde these Limited Edition 1985 Eggo Boxes from AmazonFresh and sell them on eBay for a fortune.