Plus, his Warframe spot and obsession with gaming

Dan Trachtenberg's infatuation with filmmaking began when he was 3 or 4 years old. His mom got behind the camera, and the future motion-picture, TV and commercial director staged a kitchen-table fight scene with his Star Wars action figures.

"I think she said, 'Action!' " Trachtenberg recalls. "I started mashing them all together. And then I ran behind the camera to see what it looked like. I still remember this crushing disappointment when I hit play to see what we had just recorded, and it looked nothing like Star Wars."

That youthful letdown, however, motivated him to find ways of capturing his visions on film.

"I made lots of little movies with my friends as a kid, always asking, 'How do I make it look like a real movie? How do I do it?' " he says. "That's still what's going on in my brain. I see it in my head a certain way, so how do I then make it that way on screen for everyone else?"

At this point, we can safely say Trachtenberg has figured it out. After making commercials for Lexus and other brands, and co-hosting a popular pop-culture podcast, the Great Guns director rose through the ranks to become an A-lister in Hollywood. Along with directing episodes of Black Mirror, he helmed the pilot of Amazon's brand-new superhero series The Boys, as well as a recent short film based on the Warframe video game (the guy's a ginormous fan).

He counts Steven Spielberg, John G. Avildsen and John Carpenter among his main influences. They taught him to temper serious, often edgy scenarios with humor and heart, and always put the human story first. Stylistically, he often employs unexpected, even disorienting opening sequences to keep viewers off balance while instantly immersing them in the story. (In several of his projects, including 10 Cloverfield Lane, a young woman or girl awakens in weird circumstances to kick-start the action.) 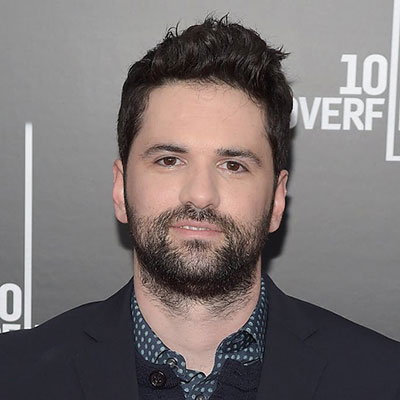 In the conversation below, edited for length and clarity, the director talks about his creative vision, his enduring passion for video games and comic books, and which movies he'd remake if he could.

Muse: How did the Warframe video come about?

Dan Trachtenberg: I'm a huge fan of video games. I've been addicted since the beginning of them, and so even when I'm working, I've never stopped playing. Warframe was something I fell in love with when I was shooting 10 Cloverfield Lane, as a way to be connected to my friends back home, because we were shooting on location. Over 200 hours later, deep in, I started tweeting about my love for the game, and somehow caught the eye of the Warframe people, and we connected over Twitter. Then I sort of mentioned, "If you guys ever want to do anything"—thinking in my head some sort of live-action commercial—"I'm your man." And that conversation blossomed.

Because the game has evolved so much, [we thought], "Wouldn't it be cool to have an opening cinematic intro to the game that could also serve as a marketing tool to attract new players?" They haven't finished building the new player experience for the game, so it's not yet in the game. But we did unveil it at TennoCon [Warfare's annual fan convention, held on July 6 in London, Ontario].

Any idea how popular it's been?

The stream for TennoCon had half a million people watching, but I haven't checked recently all the different postings for it on YouTube. I would imagine it's in the millions.

I like how it's a born-into-the-game experience, with a mysterious girl rising through the brine into the world of Warframe. How did you develop that concept?

My original treatment was much larger. It opened with a young girl villager, but then grew into showcasing many of the Warframes [bio-mechanical fighting suits that channel special powers]. There's now 40 total in the game, but you only start out with three, and they very wisely said, "We should just focus on the the first three." This had to serve the game, and because it led right into the tutorial section, it needed to be the three starter Warframes and also all of the starter weapons. So, I adjusted things [in a subsequent treatment], and they sent back something that was much more indicative of what the final film is, in terms of the structure, with a young girl going to these shrines and praying and seeing flashbacks.

How much of your life have you either wasted or enhanced playing this game?

I like to think enhanced. My account now says I'm at like 430 hours. I said that to the crowd at TennoCon and they erupted in laughter. The developer turned to me, and he's like, "They've put in thousands."

The Boys just dropped on Amazon, and you directed the pilot. Can you talk about that experience?

I'm a comic-book fan and love Garth Ennis and read The Boys when it first came out. I liked the comic, but I don't know that I totally fell in love with it as much as I did falling in love with Eric Kripke's pilot. I think he really brought heart to the story and found a way into the premise that really cuts through a lot of cultural things that are happening right now and embraces the underdog. I love underdog stories—they're beautiful stuff—and I loved homing in on the idea that superheroes exist, but they're assholes.

THE BOYS is out now on Amazon Prime! I directed episode 1. Never laughed so much making something.

[In the show], we're going to watch a couple of blue-collar guys, the haves versus the have-nots, and how regular people without any superpowers take down superheroes. They have to do it through cleverness and wit and sometimes in any way they can. I think that is just an incredibly palpable potboiler premise, and funny too. I love blending humor with everything I do. I've been desperate to direct action and fight scenes, and there's a fun fight scene in that show that has a really clever hook to it.

You have a film called Uncharted slated for 2020, also based on a video game. Are you actively looking for things based on games or comics?

Frankly, I've been actively pursuing original stuff. It's harder to make things that don't have an inherent value in their IP. And as far as IP goes, there's only a few that I'm really passionate about. Games happen to be one of them.

So, what was the first professional thing you did—you worked on commercials?

The first one I did was Lexus. It was stuff for a banner ad, basically. I got along well with the Lexus people, and that turned into my first real job, doing a series of these little three-minute documentaries that aired on TiVo. It was their branded content—the actively safe Lexus campaign. One was about a bridge-builder and how he makes bridges actively safe, but sort of the artistry behind building a bridge. And we also showed how guys could prevent avalanches before they happen. The bridge-builder was in Switzerland, and the avalanche people were in France, in the Alps. I was in my early 20s, and doing these little documentaries. I was very docu-style-focused initially.

What did doing those ads teach you about filmmaking?

My favorite commercials were things that were trying to sell an idea. Interestingly, that's what the best movies are also trying to do, and it's harder to do in movies. Lots of times, movies are way more plot-focused and not as thematic. So in many ways, commercials, the great ones, really do resonate as high art—[they can be] thematic, emotional stuff.

You co-hosted The Rad Show, a podcast looking at entertainment and pop culture. Was that useful?

I hosted the show with two actors who are great, gifted, funny, smart communicators. I am an introvert, and there I was every week, having to find a way to communicate my feelings and thoughts about movies and games, and everything I loved. The way those guys articulated things really left an impression on me, and helped me evolve into the communicator I am today.

You first got noticed in a major way in 2011 through a six-minute film called Portal: No Escape, which was also based on a video game. Was it a no-budget film?

It was my savings at the time. It was about as much as a family car that I put into it. I was all-in.

Did you expect it would take you where it took you, or were you totally gobsmacked?

I hoped it would help my commercial career. And ironically, I haven't really directed commercials since then.

Then you did 10 Cloverfield Lane, your first big feature. What was that like?

It was pretty exciting. I mean, making a movie like that, you get to really sink your teeth into it. When I read the script, I was like, "Oh my God, I'm going to make something that is not a quiet movie." There's no way you walk out of the theater and just go to dinner and not talk about it. You'll definitely be talking about that experience.

I worked with a lot of first-time people like my editor, Stefan Grube—this was his first movie. I was like, "Are you guys going to want to pair me with a seasoned veteran?" That wasn't the case. We got along incredibly well. It was just sort of a moment for a lot of people to prove themselves. We had a lot of fun. It's a very dark, serious movie, but I think we tried to check that with some humor.

Which movies or filmmakers have influenced you the most?

Spielberg with Jaws and John G. Avildsen with Karate Kid are two massive influences. When you're aware of the craft, it's incredibly powerful, but when you're just watching the movie, it's like, "Why is this movie unfolding in such a joyous way?" I love that. John Carpenter with Big Trouble in Little China is a big influence as well, in combining genres and blending humor with action.

If you could remake a classic film, which would it be?