Amazon's Mike Benson on the Clever Meta Marketing for The Boys

Building a world, from the creators to the fans

Superheroes have never been more popular, thanks in large part to film studios building franchise empires off seemingly every superhero ever created.

Now, Amazon is getting in on the action with its new series The Boys, based on the best-selling comic by Garth Ennis and Darick Robertson. The series was developed by showrunner Eric Kripke (Supernatural), who also serves as writer and executive producer, along with Seth Rogen and Evan Goldberg. What's interesting about this team's take on superheroes is that they seem to be questioning just how super these superheroes are.

At Comic-Con San Diego, the cast of The Boys crazed fans with panels, screenings, parties and the Amazon Prime Video Experience, which provided an immersive world for fans to engage in solving crimes and entering locales from the show's world. What the marketing campaign is doing so entertainingly is show what superheroes would be like in our celebrity culture. Amazon created fake endorsement ads and marketed Vought International (the fictional management company for the superheroes) as though it were an actual brand. This meta approach to marketing has been a refreshing turn in an over-saturated superhero industry. 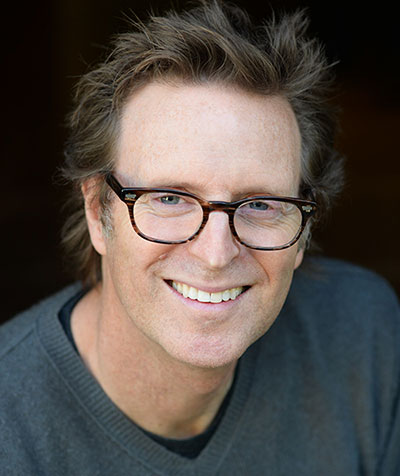 Muse chatted with Mike Benson, head of marketing for Amazon Prime Video, about building and managing fan bases, fake ads, and the importance of remaining authentic.

Muse: Where do you begin when a series like The Boys arrives on your desk?

Mike Benson: We always start with the creators. In many cases, you've got showrunners and filmmakers who have a lot of thoughts in their head and a vision for who's going to enjoy what they're making. You want to make sure you clearly understand that.

With this one, it was interesting because it started with a manifesto written by the collective executive producing team that really set the tone. It was entitled "Fuck Superheroes." It told a story, that you could F them. You could F everything they were about and what they stood for. And yes, they might save a life here and there, but the path of destruction they leave in their wake—nobody ever talks about that. We utilized their manifesto as the backbone of our campaign from a tone and a style perspective.

Ultimately, what we're trying to do is create a marketing campaign that accurately represents the tone, the style and the story of the program. I have this philosophy: I think marketing needs to underpromise slightly, so the show can overdeliver, because I think that drives word of mouth. When people come and watch something, and they think it's better than they thought it was going to be, it's great.

The Boys comes with a built-in fan base. How does your approach differ than with a Mrs. Maisel, where you're starting from scratch?

The fan base on this show, they're rabid but small. In the grand scheme of things, when you're trying to get tens of millions of people globally to watch a show and be interested in it, it's always good to have a fan base.

In a time where fanbases are so vocal, how much does community reaction factor into your marketing approach?

We are customer-obsessed here at Amazon. We never want to upset our customers. We always want our customers to feel good about the content they get, and we want them to talk about it. There are times when we will take customer feedback and adjust what we're doing, but from a marketing perspective, it gets tricky because we want people talking.

An example: A couple of weeks ago, there was a Christian group who was demanding that Netflix cancel Good Omens. Netflix doesn't carry Good Omens, Prime Video does. It was a funny slip. Our social folks decided to say, "Well, hey, Netflix, we'll cancel Stranger Things if you cancel Good Omens." There was a great back and forth that we had fun with, and the customers responded positively to that.

We want customers excited about our marketing and our television shows. We've had similar feedback on The Boys. People love the attitude and tone and style. So, when we produce a campaign to market a series, it's what I said earlier—it's maintaining that authenticity that really helps us get a good response from our customers. When we veer off track, that's when our customers tend to have an issue with that we're doing, but it's why we spend so much time to make sure that what we're doing with the marketing accurately represents the show that we're making.

You created brilliant fake ads for The Seven. Where did that idea come from?

This came from the initial discussions that I had with Eric Kripke. Vought International is not unlike another huge comic book company. They're out selling merchandise and doing all kinds of things. So right from the onset, we said, "Well, maybe we set up Vought International as a real company. What would that look like?" We thought it would be fun and interesting and still very much in tone with the series.

We wish we had the time to make more. We love this idea of blind advertising that you're not quite sure if it's real or fake. The idea of not breaking the fourth wall so people may not realize what it is, and so you've got this guy in a goofy green suit that you're accosting selling soy sauce. What does that mean? Our whole objective is to get people curious and dive deeper. We know that from a customer journey standpoint, people will go out and they'll search—"What is this?"—and hopefully it will lead them to a place where they understand that it's The Boys and it's all connected to the show. We want to make our marketing campaigns as entertaining and as enlightening and make them a journey just as the show is. That's the approach we like to take.

Which piece of this campaign has been the most fun for you?

For me, it's fun to see all the parts and pieces come together. When we did this takeover around when The Avengers launched, we ran the fake commercials on television. We put out a tease. It was really aggressive. Then you start to see all these pieces coming together. You start to see people talking. And you see the awareness numbers coming up and the intent-to-view numbers coming up. When you see customers get really excited and they can't wait for the show to premiere, that's what I get excited about.