Burger King is getting back into entertainment marketing through a partnership with Warner Brothers for Valentine's Day around the new Harley Quinn movie Birds of Prey—trying into the film's breakup plot line.

On Feb. 14, scorned lovers can bring a printed photo of their ex to Birds of Prey-themed "breakup boxes" at select Burger King restaurants in four major cities and get a free Whopper in return. (You can also bring in letters, stuffed animals or a specified piece of clothing to get the Burger.) 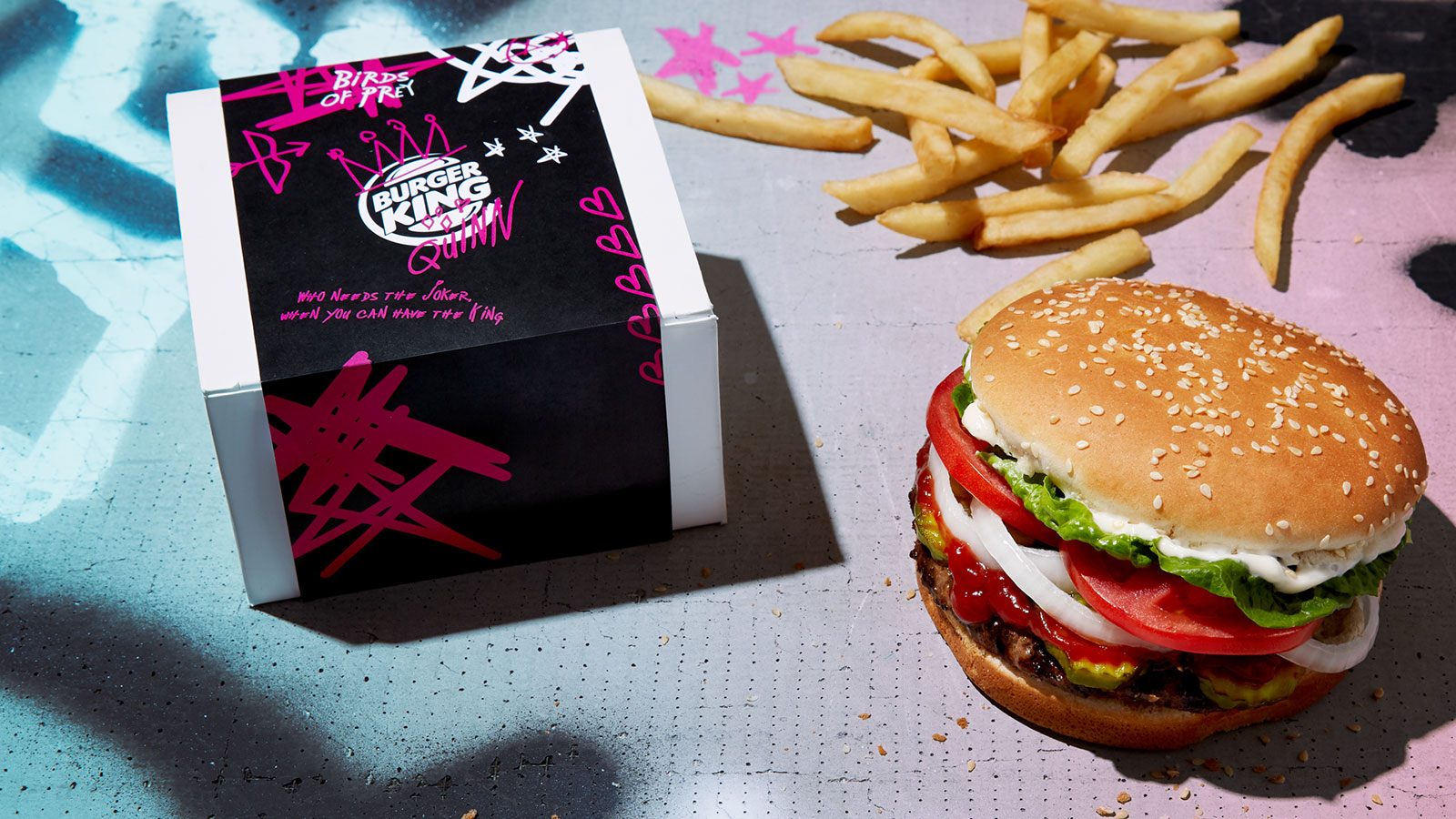 In addition, starting Feb. 6, the NYC BK location will be turned into a "Burger Quinn" store, with everything rebranded from the windows and marque to the ordering queue and bathroom mirrors. BK also created an in-app Harley Quinn quiz. If you answer four out of five questions correctly, you can get a $3 Whopper.

BK's other recent forays into entertainment include sponsoring Stevenage Football Club in England mostly to get exposure in the FIFA 20 video game; and a partnership with Netflix's Stranger Things last year that included an Upside Down Whopper.