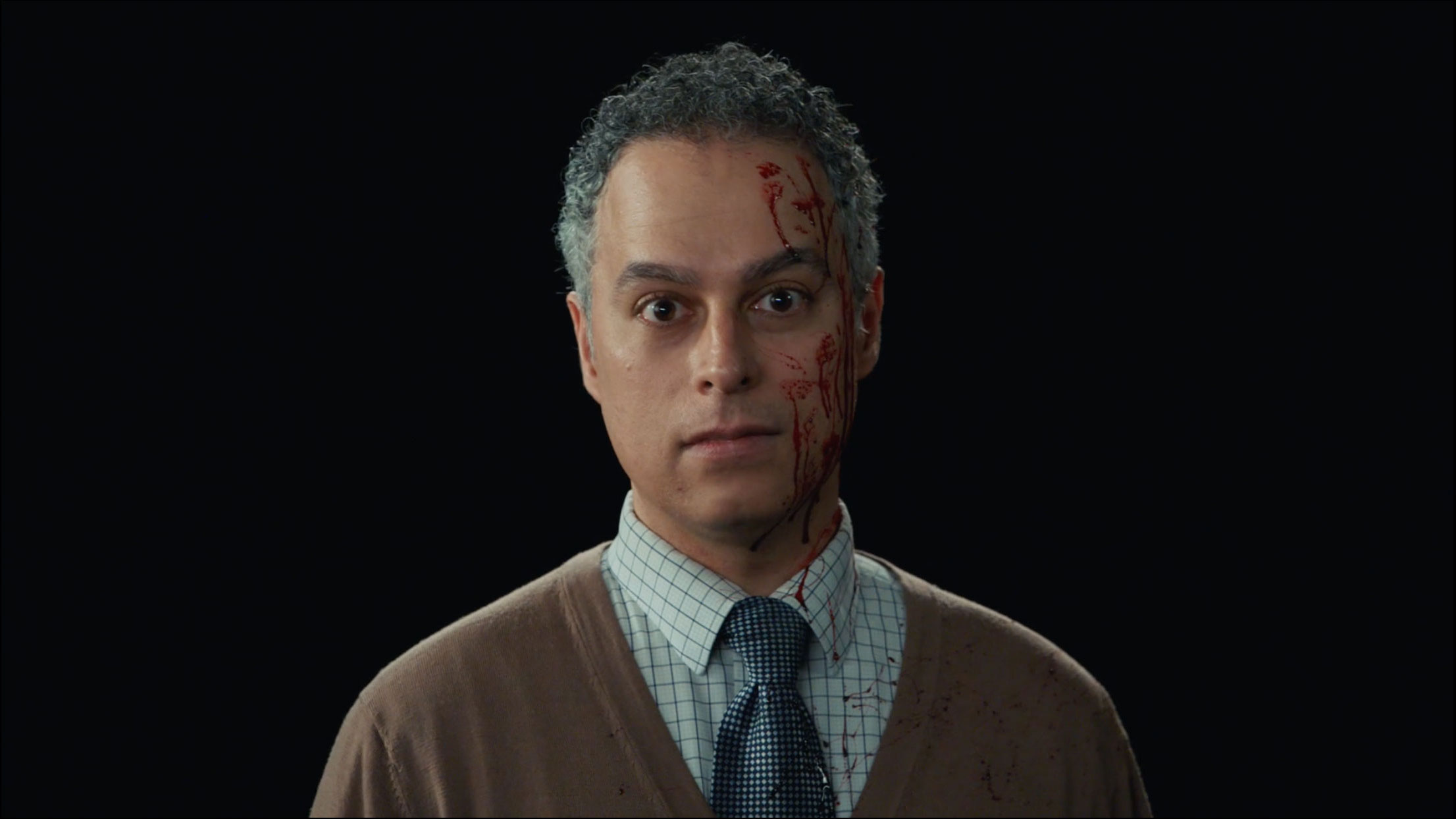 The Brooklyn Film Festival cheekily promises "Something to Offend Everyone" at its 25th edition, running IRL and online June 3-12.

In the launch film below, two white-collar-types chat in the office:

Brooklyn Film Festival | Something to Offend Everyone

BFF expands on such themes in choose-you-own-adventure-style vignettes, offering takes on book banning, global warming and the role of religion in society. The fully interactive experience is available at howtotalkaboutbff.com.

Fans can learn some important lessons. For example, social media isn't necessarily the best forum to debate explosive social issues. Who knew? They can win "course-completion" certificates and discounted festival tickets, too.

"Attendees are going to be exposed to lots of different ideas and points of view at the Brooklyn Film Festival," MullenLowe group creative directors Zack Menna and Rich Singer tell Muse. "And they're going to see a lot of stories that are going to stay with them for a long time. It's only natural that they'll want to talk about what they saw with the people in their lives. But how do you do that if the people in your life aren't as open-minded as you are? We took inspiration from HR videos because everyone's had to sit through them. It felt ripe for parody and something that we haven't seen exploited in advertising." 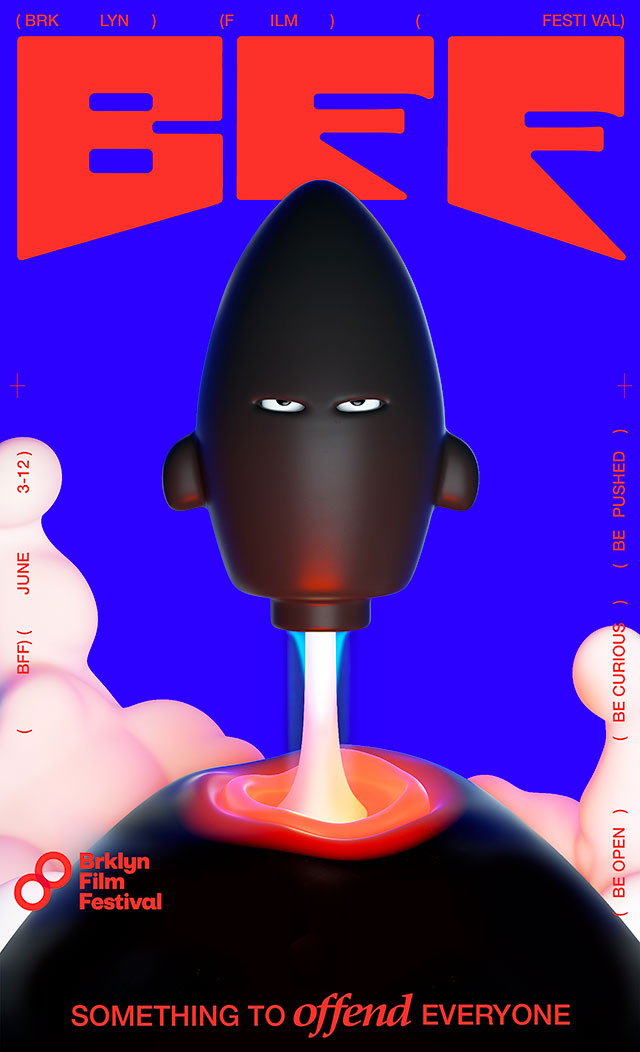 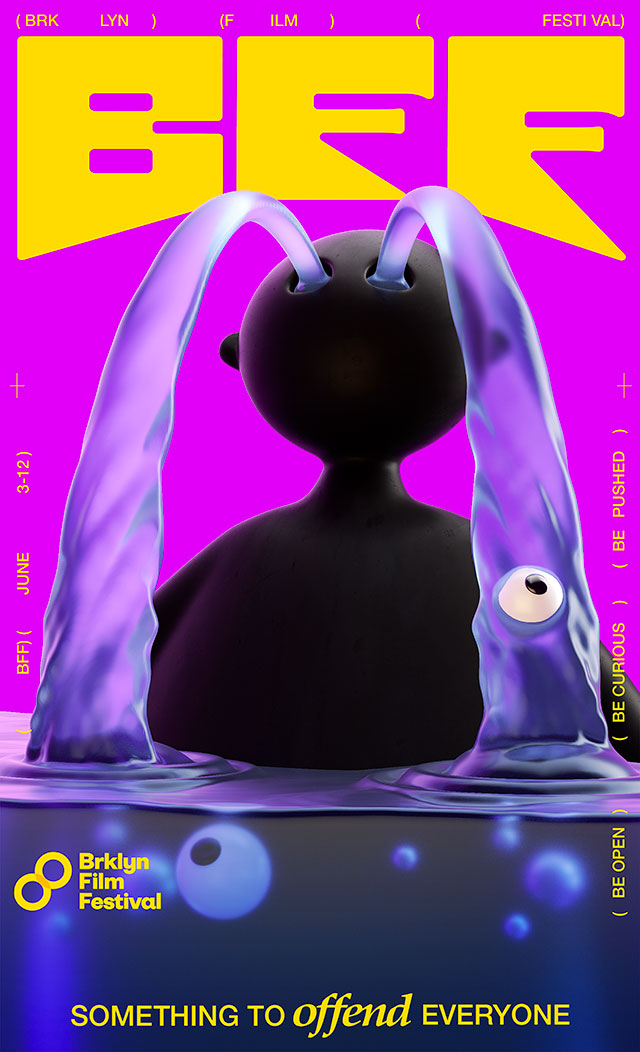 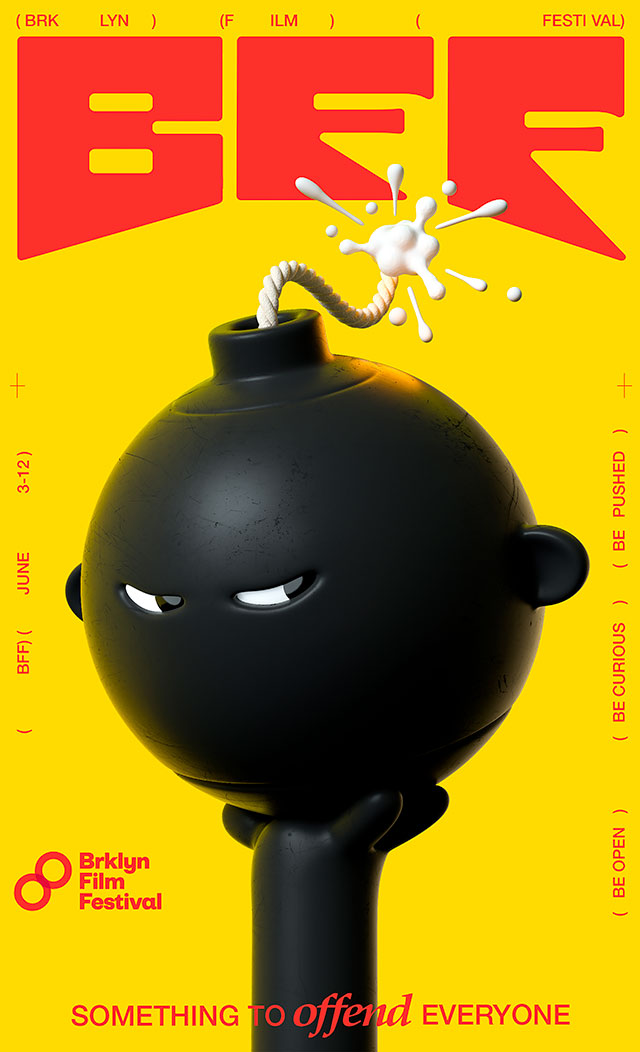 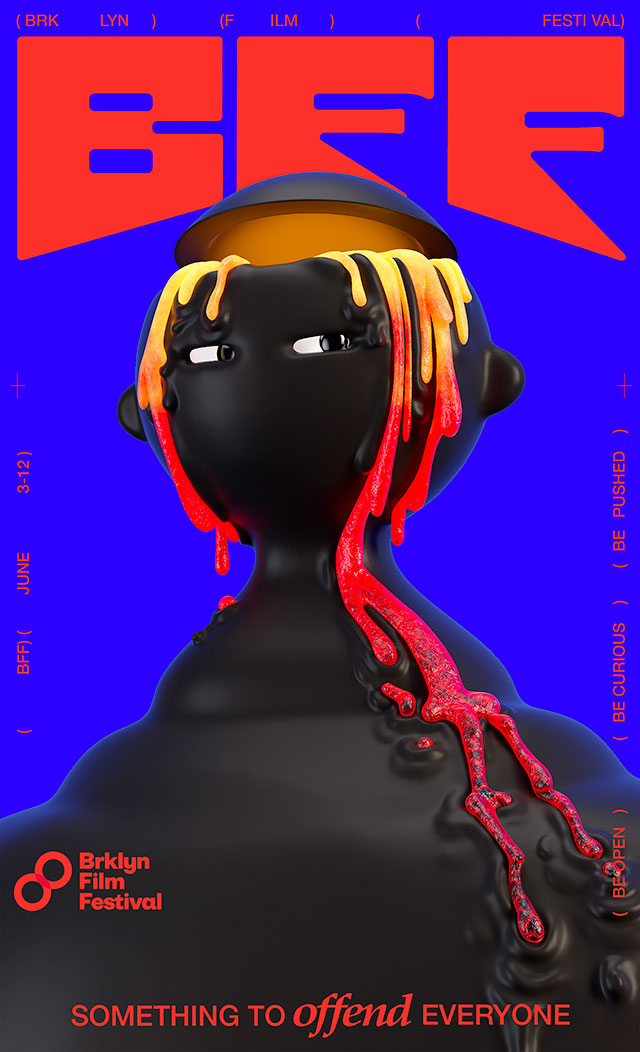 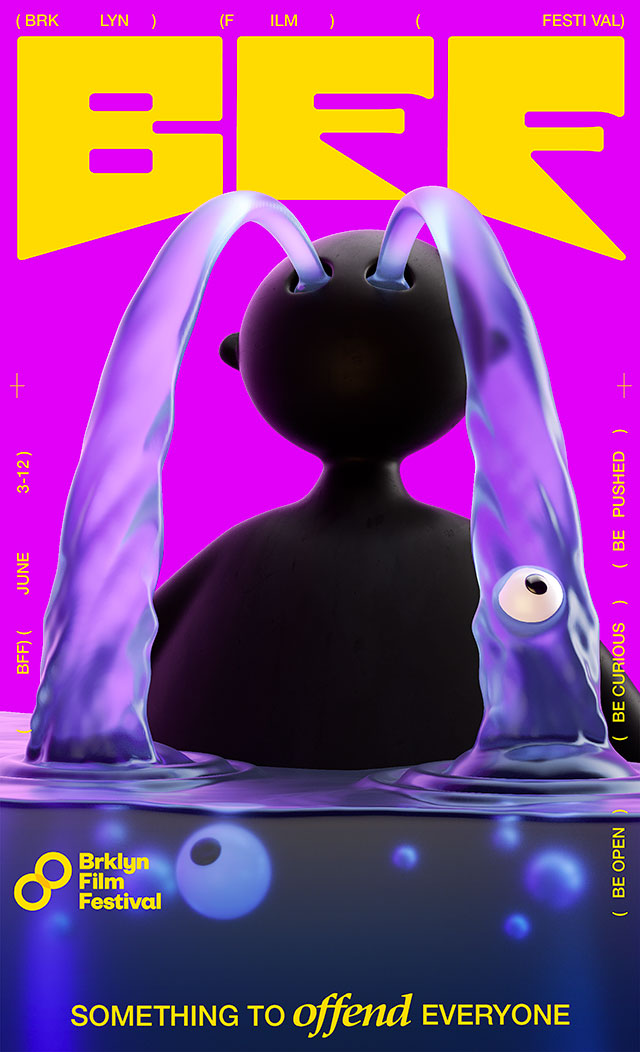 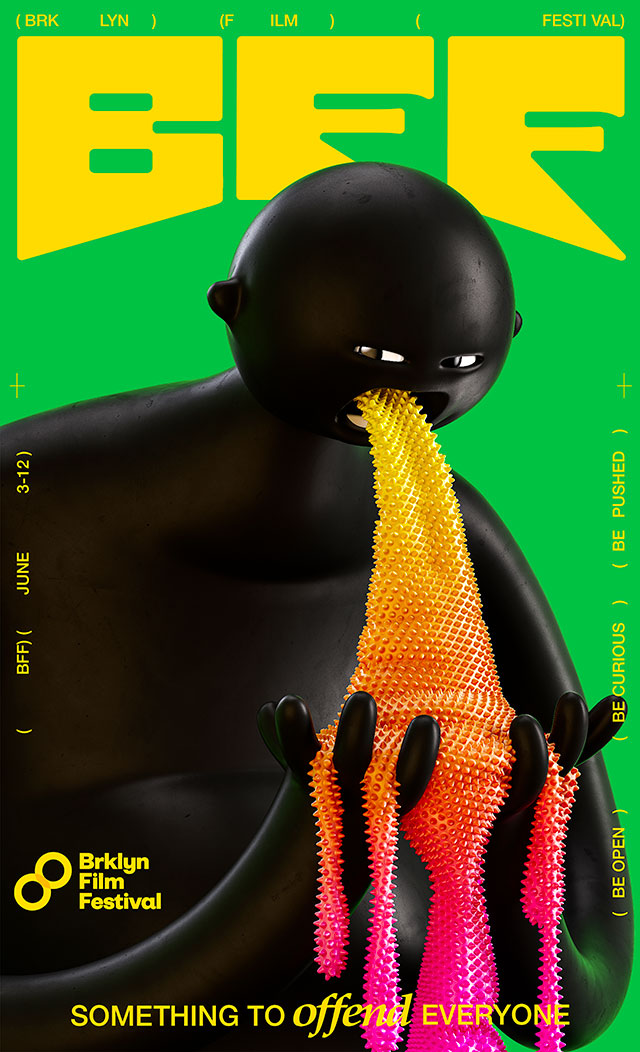 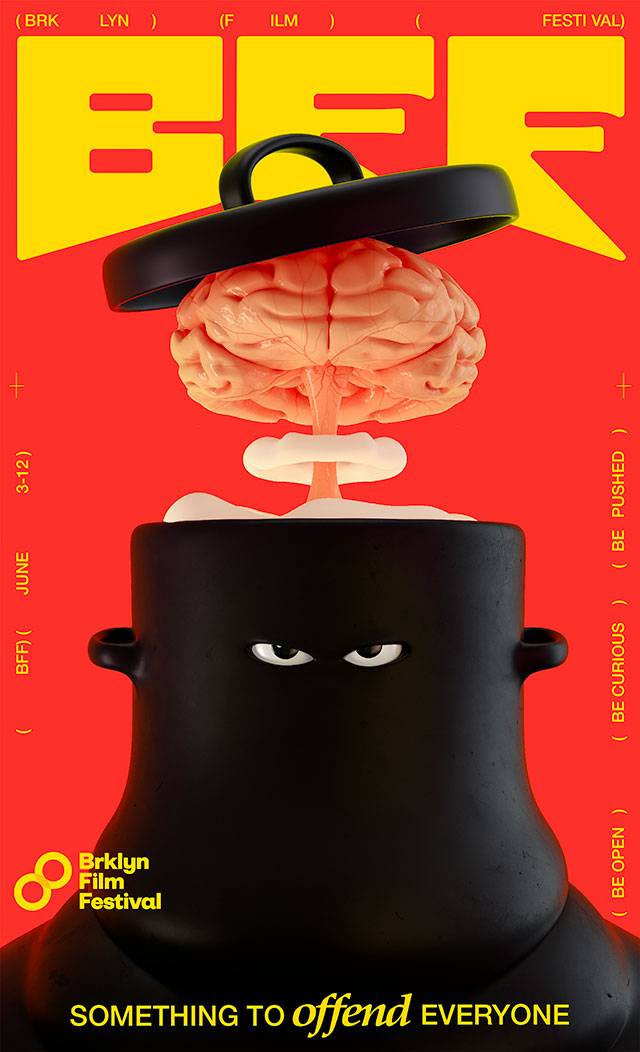 In the OOH, "we wanted to bring the concept to life in a way that was purely visual, embracing power and simplicity," say Menna and Singer. "We came up with a series of characters that would always be annoyed in some weird, fun way. We partnered with Foreal to define a style that wasn't anthropomorphic but still felt deeply human."

As with past BFF efforts that dealt with lockdown burnout and stories Hollywood chooses to ignore, this year's push taps into the cultural zeitgeist in cannily appealing fashion. Its satire hits the mark, making important points about free thought and reasoned discourse vs. closed minds and heated arguments.

"Every year, the festival presents films that explore certain societal issues that might be polarizing," the GCDs say. "Some just have a narrative that embraces a more nuanced look at aspects of human reality where not everything is black or white. Others offer a completely different perspective. For us, the important thing is how these films will challenge what we thought we knew, independent of our political beliefs. Whether you are to the right or left on the ideological spectrum, the festival won't leave you feeling indifferent. That's what art is supposed to do."