A nun, spy and elf queen walk into a bar…

What do the nun, spy and elf queen in this promo for the Brooklyn Film Festival have in common?

Well, for starters, they're all women who meet at the iconic Long Island Bar in Cobble Hill for "The Gathering," a short film by TBWA\Chiat\Day and director Emily Elizabeth Thomas. As their conversation develops, we learn that they share a deep, sad bond. It's a story many women who've tried to succeed in Hollywood can relate to:

They're actresses, dressed for parts they never got, turned down because they wouldn't make certain "sacrifices" for men who run the movie business. The trio stay in character as they lament their lost opportunities, but sexual misconduct by Hollywood moguls is never specifically discussed.

"It was hugely important to us that the dialogue felt true, but also cinematic," TBWA\C\D executive creative director Julia Neumann tells Muse. "All the stories are inspired by real accounts, so we wanted to retell them in a nuanced way that felt believable for each character."

So, the nun speaks in pious terms, the spy adopts a dramatic, noir-ish delivery, and the elf queen uses heightened, Game of Thrones-style language. While initially odd, the approach draws us in, and the final interaction—"Weren't you in that movie?" a waitress asks, and the elf queen replies, "No, I wasn't"—drives the point home.

"This film is important to show at the Brooklyn Film Festival because New York City, Brooklyn—this is a space for the different, the other, the weird, the strange, the disruptors," says Thomas in the clip below. "I hope that it proves that a better Hollywood is possible."

Opening today, the mostly women-led festival runs through June 9, with entries from more female directors than ever before. "The Gathering" will screen with each BFF program, and you can learn more about its creation in the clip below:

"We chose the elf queen, the spy and the nun because they are classic movie archetypes," says agency ECD Amy Ferguson. "They represent not only actual famous roles from Hollywood films but also women everywhere. They needed to be very iconic and feel like they had all stepped out of other movies."

There are also mock movie posters featuring each of the characters: 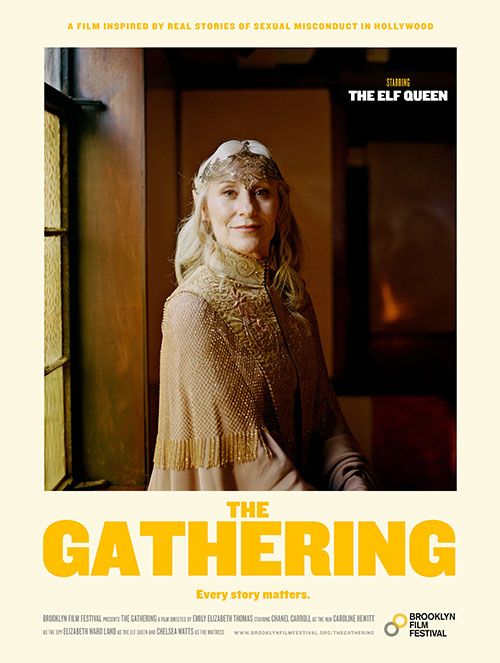 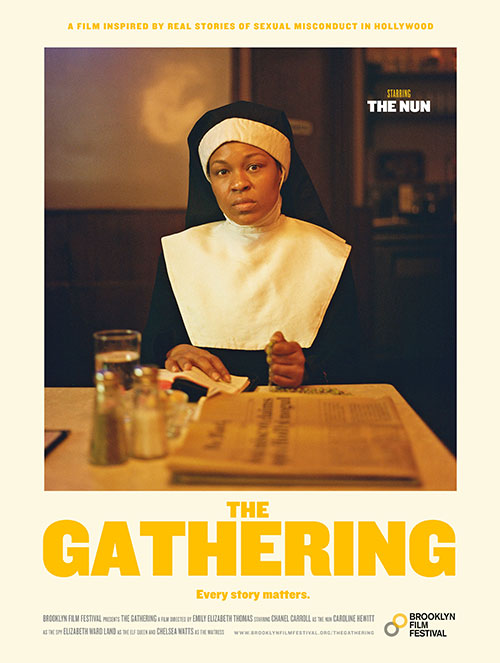 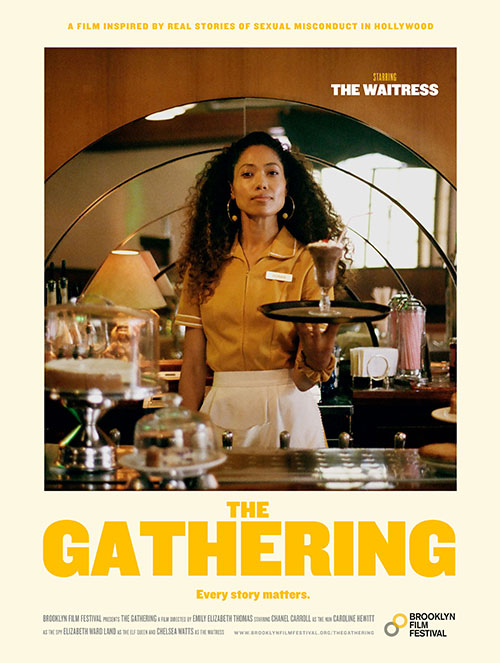 Festival promos frequently provide fertile ground for creativity, with TBWA\C\D and the BFF teaming up in recent years for memorable takes on global unhappiness and the wonderful weirdness of cinema. "The Gathering" feels more intensely personal, using the lingua franca of film itself to address one of the industry's most shameful issues.

"Something that was striking was that each actress felt personally connected to the roles they were playing," Ferguson says. "For them, it was deeper and more meaningful than just playing any old part. Sexual misconduct is such a universal story for women. Different members of the cast and the [mostly female] crew commented on how they were moved by the concept of the film, and that they were thrilled to have the opportunity to actually do something to further this conversation."

Cast members tackle such issues and more in video interviews on the campaign hub.

Cast:
Caroline Hewitt as The Spy
Chanel Carroll as The Nun
Elizabeth Ward as The Elf Queen
Chelsea Watts as The Waitress