Balenciaga Commissioned a Whole Custom Mini-Episode of The Simpsons 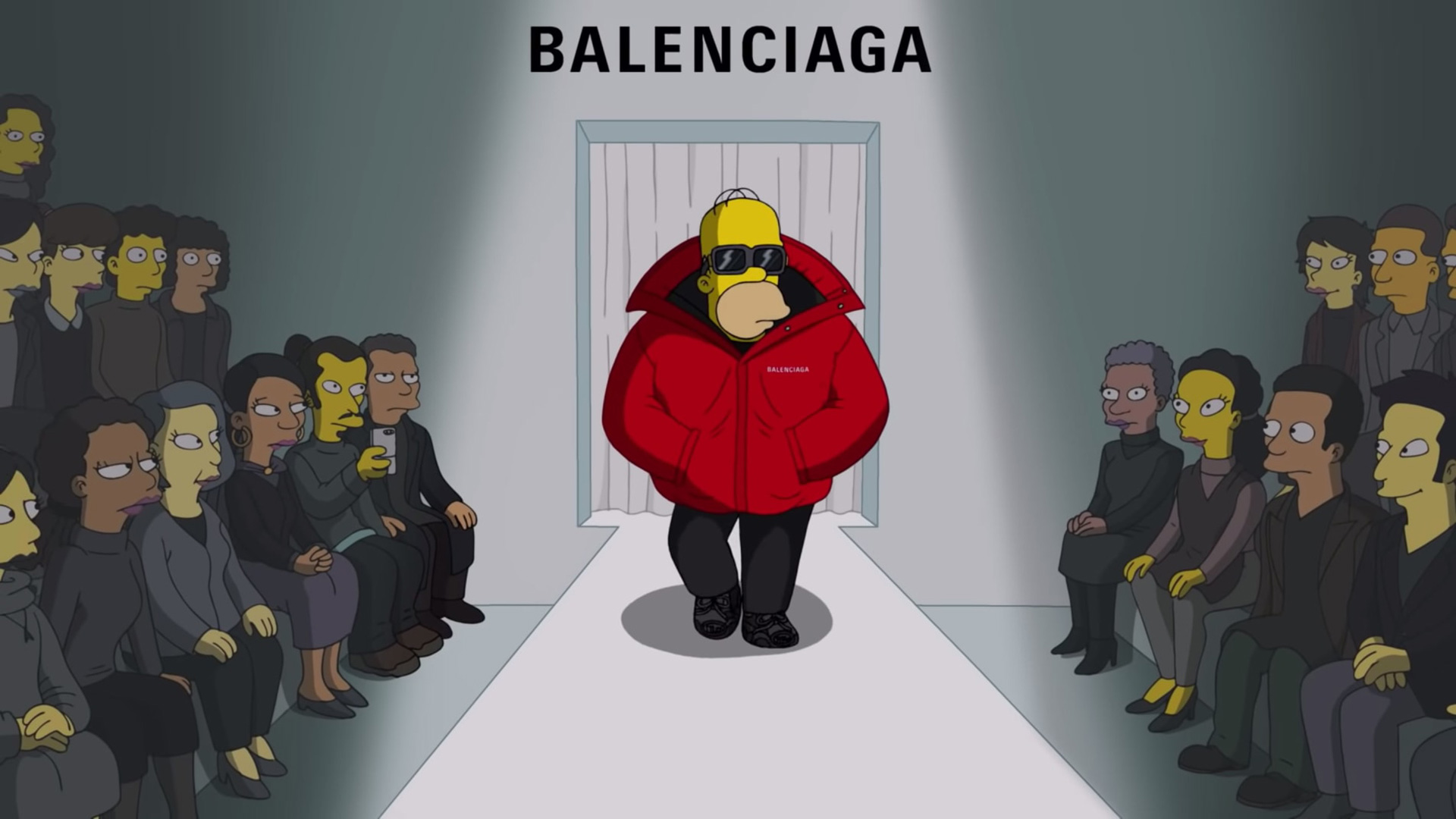 In keeping with its sorta fun counterculture energy, Balenciaga partnered with Fox sitcom The Simpsons. For its Spring/Summer 2022 collection, it broadcast a special 10-minute episode during its Paris Fashion Week show last weekend.

It's cute, flooded with French standards that are practically show tunes for the country—like Erik Satie's "Gymnopédie No. 1" and Edith Piaf's "La Vie en Rose." Also, Homer vacuums snails with his face.

The ep kicks off with Homer realizing it's Marge's birthday, then writing to Balenciaga to appeal for something cheap. What he gets instead is a dress with a whopping $19,000 price tag … but Marge decides to wear it for a dreamy 30 minutes (it will surprise no one to find that Balenciaga couture, previously seen on Fortnite characters, seems made for her).

It's Balenciaga creative director Demna Gvasalia who reads her glowing thank-you letter when she returns the dress. "This is the saddest thing I've ever heard, and I grew up in the Soviet Union!" he muses. "This is exactly the kind of woman I want to reach!"

It's unclear whether Gvasalia will hold to that conviction in the non-Simpson's universe. But in the episode, he visits Springfield and is totally alarmed … the kind of alarmed a green journalist might exhibit when entering a war-torn country for the first time. He decides to rescue everyone by whisking them off to Paris, where the Springfield community walks the runway under the godlike glare of Anna Wintour.

There's some prime joy moments in here, like Chief Wiggum stalking the catwalk in heels and spinning a baguette like a pistol. There's Smithers in a fiery red gown, and Bart flashing the French … only to be flashed back by a whole row of nonplussed people because "This is France!"

But the most charming moment is saved for the end, when Homer sings Charles Trenet's "La Mer" to Marge on a bâteau mouche (right after hacking up a still-shelled snail).

Balenciaga last made headlines during the Met Gala, when Kim Kardashian showed up in a gown that, like Vantablack for the soul, managed to locate, channel, absorb and project back the sum total of humanity's existential darkness. Kim, Kanye West and Justin Bieber all appear as animated versions of themselves in the Simpsons episode.