There's IRL clothing and cosmetics, too 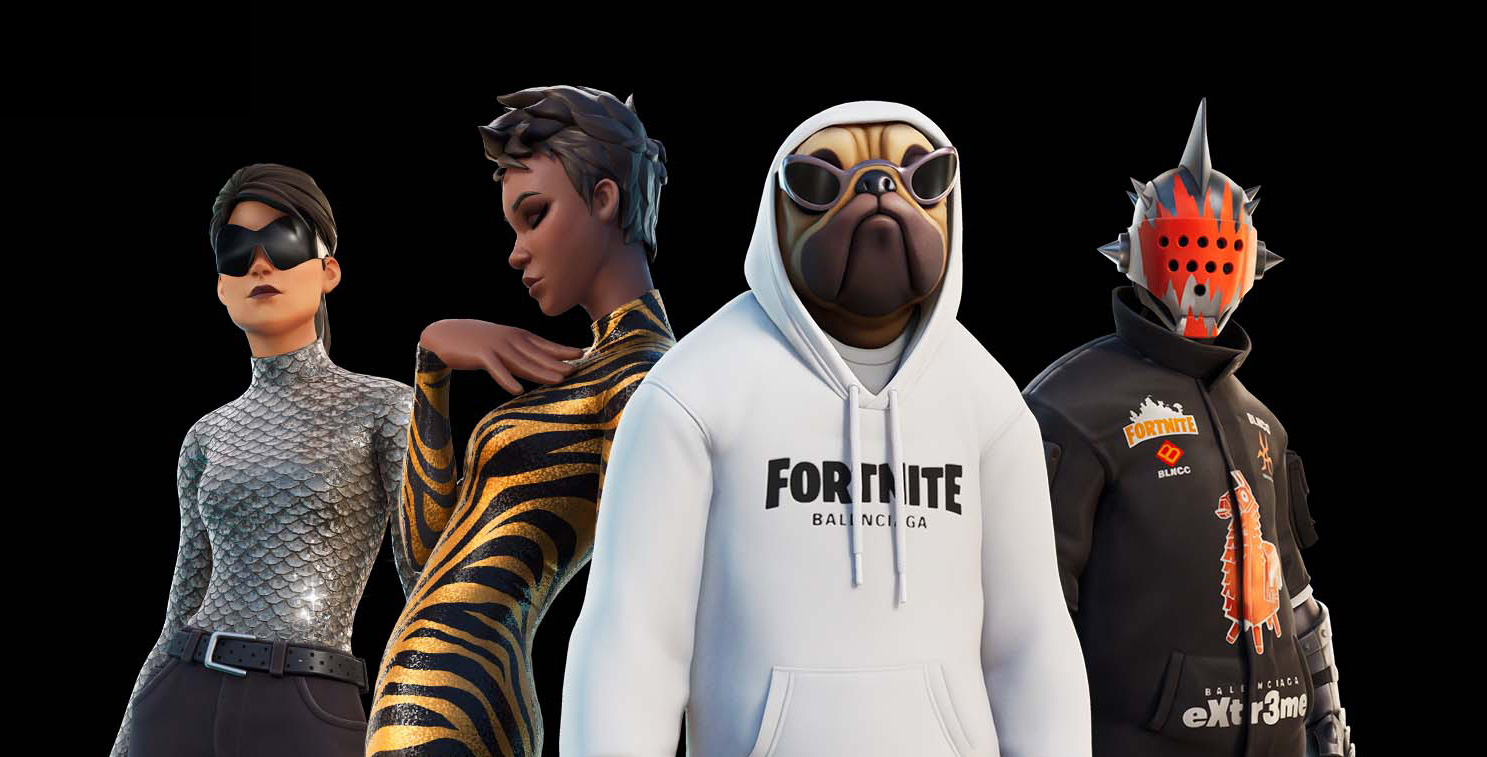 Below, Doggo and other Fortnite faves style their Balenciaga couture:

If you'd rather clothe your metaverse mates in khakis and red polos, Jake from State Farm can oblige at NBA2K. As for Balenciaga and Fortnite, you can also unlock back-blings, gliders, wraps, sprays, emotes—and yes, you knew it was coming, pickaxes. 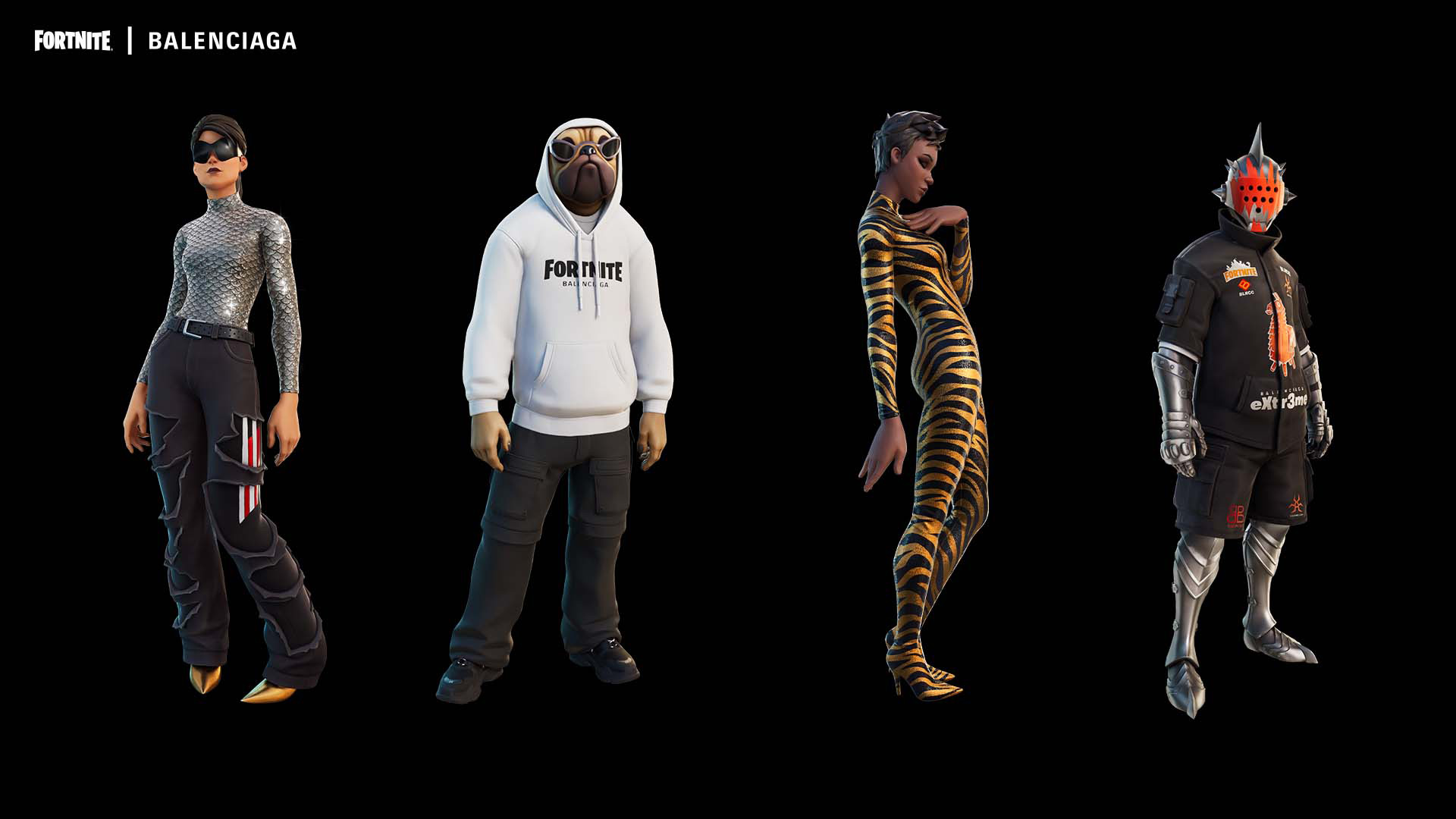 The partnership features an in-game shop selling real-world hats, shirts, all manner of accessories and even cosmetics. The prices have caused something of a media stir. This hoodie, for example, costs $725: 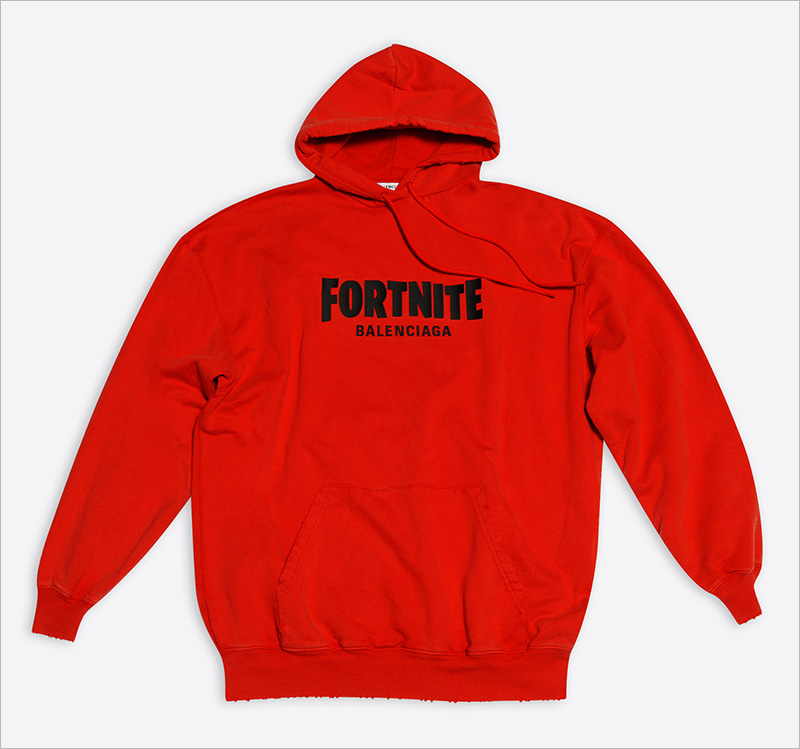 That's $725. For a hoodie. Still, it's a bargain compared to the long-sleeve logo-shirts, which could set you back $995. 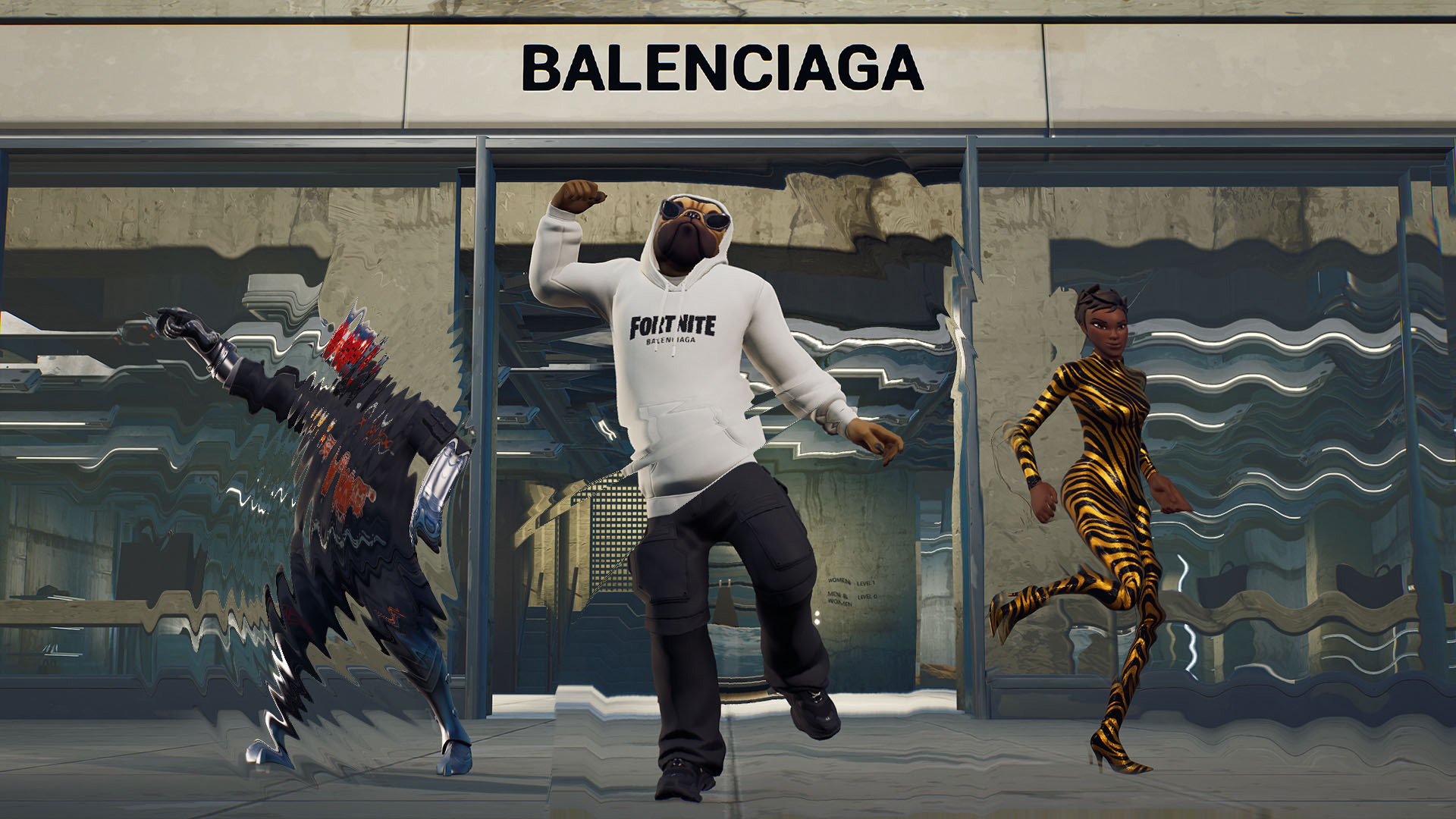 "From there, we have continued to be inspired by the creativity of Unreal and Fortnite communities," says Balenciaga artistic director Demna Gvasalia. "It made total sense, to me, that we collaborate further."

The deal makes sense to gaming site Kotaku, too, though not as Balenciaga intended. In an acerbic write-up headlined "The Fortnite x Balenciaga Collab Is Everything the Game Deserves," editor Leigh Plunkett takes a pickaxe to the approach:

"At a time when fashion brands, once famed for their exquisite tastes and unique flavors, are ditching their legacies in pursuit of uniformity and mass appeal, a label releasing a hoodie that looks like a 15-year-old made it with a screen-press, in an enormous ad platform masquerading as a video game, is one of the most depressingly 2021 things I have yet to see in this lap around the sun."

Dexerto adopts a more pragmatic view, likening the push to past hits in the space, such as Gucci's work with Fnatic and 100 Thieves, and Louis Vuitton's pairing with League of Legends. The Verge calls the Balenciaga-Fortnite union "an obvious one, given how important virtual outfits are to the culture of the game," with users shuffling the looks of their avatars based on the ebb and flow of competition.