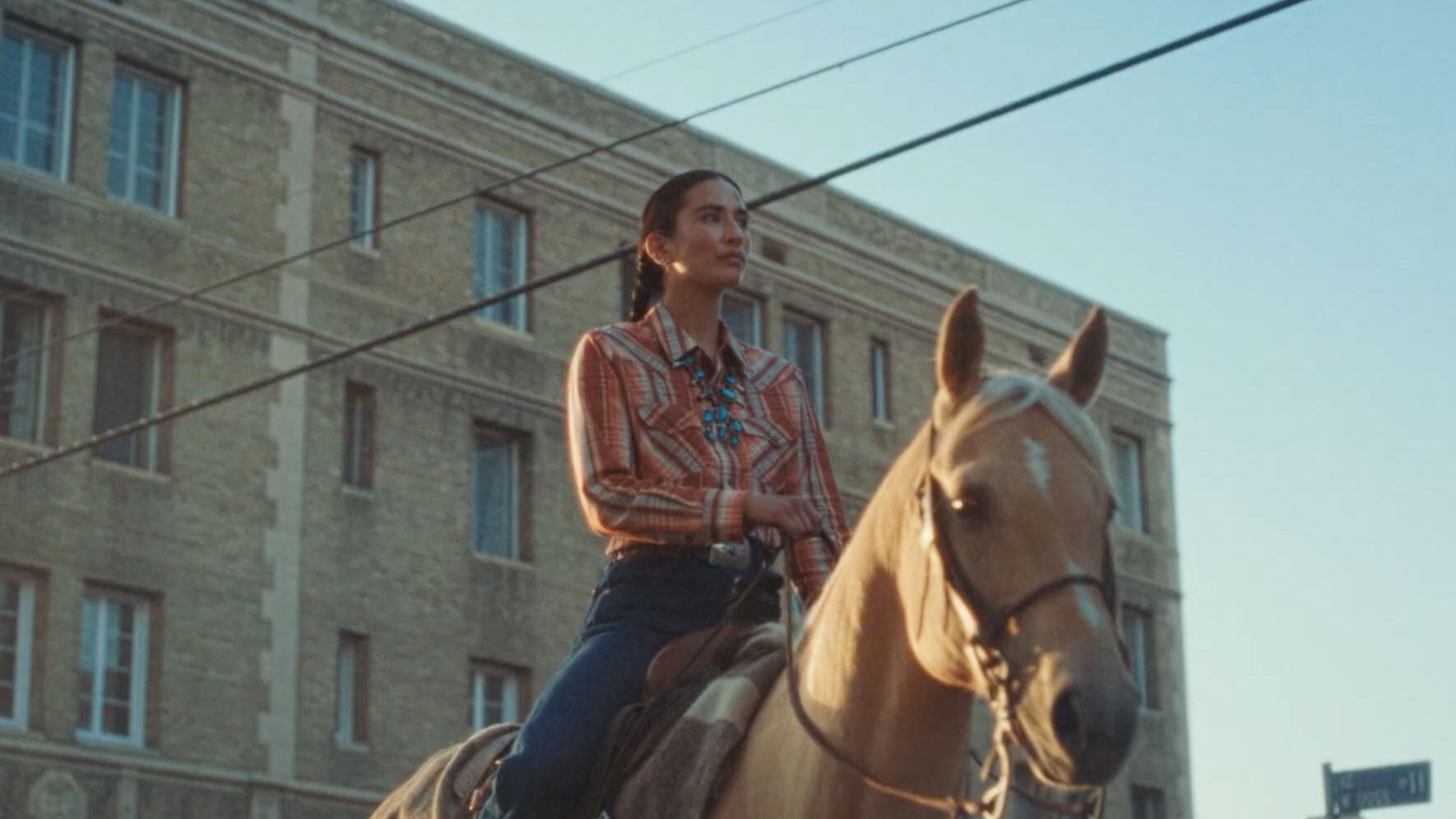 Wrangler's been refining its take on contemporary cowboy themes and the New American West since at least 2004, when Jonathan Glazer's "Ride" commercial helped reinvigorate the brand.

Of late, the denim dynamo blazed its marketing trail with surreal tales of living life at full tilt, an invitation to "Wear With Abandon," and this Lil Nas X booty-shot promo (trotting down "Old Town Road").

It's all about feeling comfortable with yourself, having fun and embracing personal freedom—fitting themes for an iconic maker of jeans and casual apparel eager to expand its seat at the retail table.

Now, Wrangler evolves this lifestyle ethos in a campaign tagged "For the Ride of Life." The anthem film shows diverse, Wrangler-clad folks skating, gaming and just hanging out, while country star Orville Peck's voiceover assures us, "It's all good, because it's all one big, glorious ride."

For the Ride of Life

"The time felt right to unify under one brand umbrella idea that gets to the heart of what Wrangler stands for and something that works for a wide swathe of consumers," Yard co-founder and creative lead Stephen Niedzwiecki tells Muse. "We approached the campaign with a simple focus—that emerging from a major disruption such as Covid had thrown everything up in the air: life, love, people and places. Instead of focusing on where we've been, Wrangler as a brand with a cowboy spirit embedded within it, could reflect the power of momentum."

The emphasis on fun and fashion, with a dash of high-plains attitude, probably makes sense. Gamers like jeans, after all. And they view themselves as high-tech cowboys and cowgirls. (Some do, anyway. Don't they?) Plus, there's a horse ride down Main Street to please Wild West die-hards like John Bronco. (Just imagine Ford's faux pitchman handling V.O. chores. Yee-haw!)

"In the last five years, we have engaged in a demand-creation strategy that has expanded our focus to include a broader base of consumers," explains Holly Wheeler, Rangler's VP of global brand marketing. "This has resulted in a brand affinity through a wide variety of segments, fueled by category expansions in outdoor and female, and geographic expansion with the launch of the Wrangler brand in China."

In a broader sense, the work seeks to extend Wrangler's relevance "among a range of new channels, locations and lifestyle categories," she says.

Niedzwiecki adds: "When working with brands with heritage, it's easy to fall into the trap of looking backward to define the brand equity. With 'The Ride of Life,' we were able to find a truth for the brand that points them forward, and introduces Wrangler to many more people in a new light."