Lee Makes the Case That 'Hard Pants' Can Be Romantic Again

Will they talk us all out of lycra? 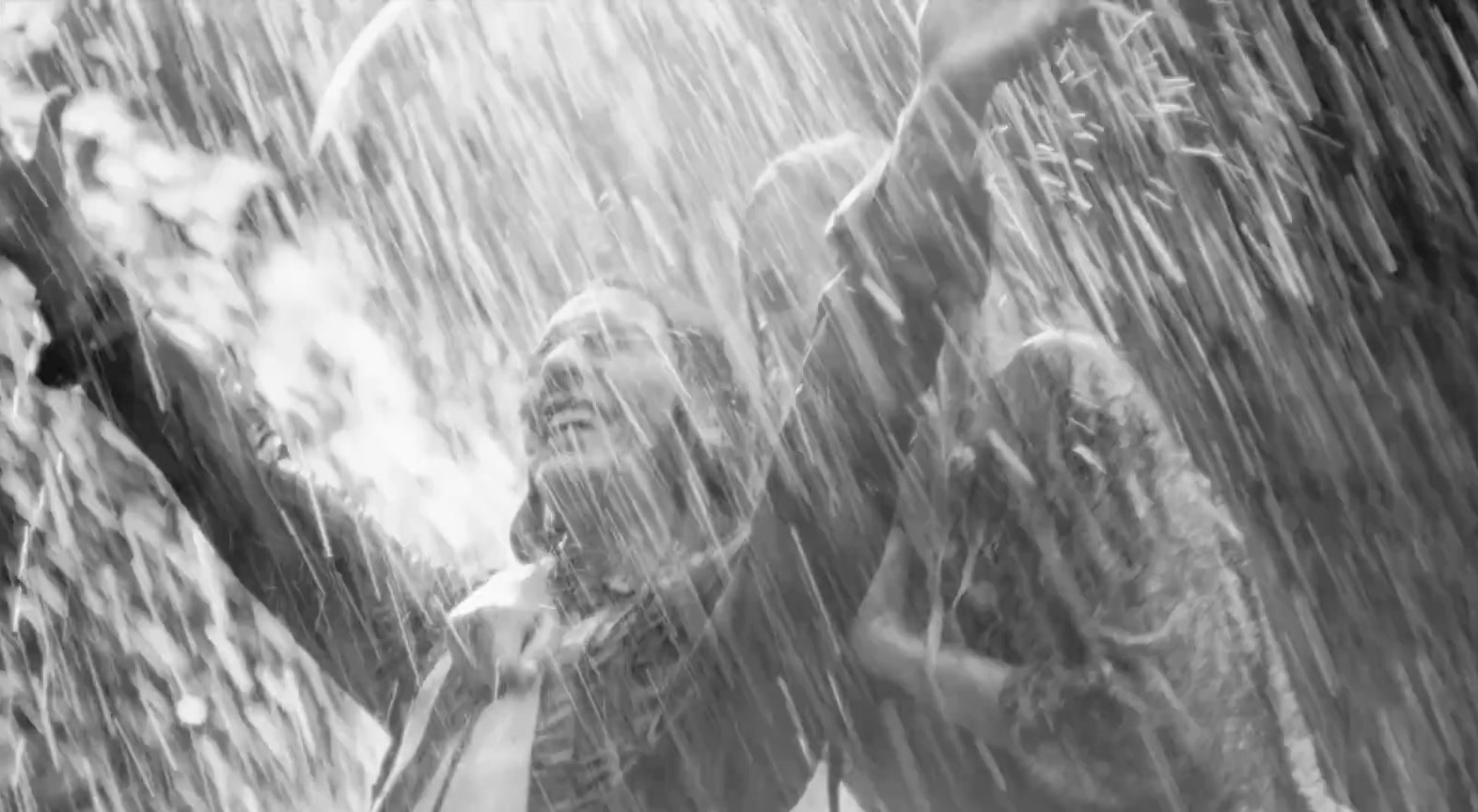 Sometime in mid-2020, in a now-deleted tweet, the author Roxane Gay lamented having to wear "hard pants" today. At the time, when so much of the world was in confinement, and we'd all sunk into cozier fashions—in some cases, no pants at all—the comment hit a global nerve. "Hard pants," which people took to mean jeans, became a thing.

The world's gone on turning since then. With "LeeOriginals," the 130-year-old brand tries talking us back into the textile we once associated with freedom.

"LeeOriginals" is led by photographer and creative director Mark Selinger and styled by costume designer and stylist Arianne Phillips. This work is the second iteration of the campaign, designed to highlight everyday moments that Lee can help elevate to "legendary."

The out-of-home portion of the campaign is targeted to creative neighborhoods, including SoHo, the Meatpacking District and Bushwick in New York; and certain areas in Los Angeles, Chicago and Atlanta. It features Tai Verdes, Yuka Mannami, Deaken Bluman, Natalie Nootnboom, Vinson Fraley, Mell, and Cherokee Jack—fresh faces, active people, involved in everything from sports to body positivity to music and the arts.

"We love a great story, and this season's cast of Originals has plenty of tales to tell," says Brigid Stevens, Lee's VP of global brand marketing. "Tai Verdes started working at a mobile phone retailer and now is performing on stages around the nation; Yuka Mannami was discovered as a model while working as a nurse and now walks runways around the globe. These are just a couple examples of how our cast has carved their own path and done the unexpected."

The video will be sprayed across social media including TikTok, Meta, Snapchat, YouTube and Twitch, in addition to OTT streaming sites. It's black and white, both nostalgic and modern, buttons that legacy jeans brands are good at hitting. The imagery is, as Lee promises, a dramatized take on the everyday. Somebody with a guitar case running to catch a train, which hits romantic notes of living a creative life on the road. A couple in denim, twirling in an empty bar. A woman shaving a guy's head under the sunshine. People playing in a fountain, à la Fellini's La Dolce Vita.

Even the track's title, "New Wave" by Sam Tinnesz, manages to evoke the French New Wave while sounding like something we would have lounged around listening to in a '90s dive bar—wearing jeans, of course.

"This campaign embraces those moments where denim and self-expression merge," says Seliger. "Casting was important—I wanted multi-faceted individuals who may be well known but feel very familiar and real. We created a storyline for each character and gave them the space to put their stamp on the film, and incorporated their personalities by using some of their own personal items. The result showcases that as they wear Lee, they remain true to themselves and original."

Lee was founded 130 years ago by HD Lee, some 20 years after Levi's appeared on the market. At that time, jeans were somewhat hilariously called "waist overalls," and were mostly worn by miners before ranchers adopted them. When city-dwellers started vacationing in dude ranches, the style trickled into the mainstream and became the fashion affordance we know today.

Watching this makes me think about my own history with jeans. Until Covid, they were taken for granted as a quintessential uniform for the casual, but growing up, the brands I favored were informed by what other kids around me liked. Brands like Levi's, Wrangler and Lee were old-school; if you were proper cool (and could afford it), you were pulling on Adriano Goldschmied, True Religion or Seven for All Mankind—jeans that easily set you back a couple of hundred dollars, pulling the style away from its accessible roots (like what's happened with sneakers).

But time turns even the most conspicuous consumers into brand relativists. Two things have happened to jeans in the time it took for millennials to become a demographic of parents and worn-out, environmentally and economically harangued "quiet quitters"—they stopped feeling like the default choice of freedom of movement, ceding that place to yoga pants; and jeans brands started leaning harder on their historicity and sustainability potential.

This brings us back to what made jeans so special in the first place. In What Artists Wear, Charlie Porter devotes a whole chapter to jeans. One of the oldest existing pairs of "waist overalls," kept in the archives of Levi Strauss & Co., was likely worn by at least three different people. "The jeans would have been shared between the miners, left in the mud room at the end of each shift," Porter writes.

A recent campaign, "Cleopatra's Jeans" for a technology company, observed that 85 percent of textiles are thrown out, usually because of poor fit. A big portion of that is jeans, which fast-fashion converted into inexpensive consumables that people don't care much about, in the sense that we buy a lot of them, and also throw a lot of them out as fashions and waistlines change.

But the long-term durability of jeans has an illustrious and gorgeous history that makes them worth revisiting in our closets, and airing out with some degree of pride. Andy Warhol loved how he could use jeans for work and wash them himself, then wear them to parties without missing a beat; his loyalty to them helped make the style feel both accessible and radically individual.

The artist Melvin Edwards has spent the last 46 years wearing jeans to weld his sculptures; in the 1930s, Georgia O'Keefe is depicted hitching a ride on a motorcycle, sporting Levi's.

In a 1970 piece called Injustice Case, the artist David Hammons created a print of a male figure, gagged and bound to a chair, superimposed over the American flag. This is a throwback to Black Panther co-founder Bobby Seale, who was bound and gagged in a Chicago courtroom the year before. The figure is symbolically dressed in denim, suggesting he could be anybody. "Hammons makes us acknowledge that 'everyman' includes those who live under racism, intolerance, injustice," Porter writes.

Lee's Originals ad isn't about any of this specifically. But the brand itself has been around for so long that this history is not incidental to the brand's own. Jeans aren't just a textile; they're a story about how we move, and how we negotiate that movement in spaces where we're powerful or powerless, and often in both.

One place in which these stories have perhaps the most potential to come bubbling up are in creative director Seliger's print work for "LeeOriginals." These have something to say about how jeans have evolved as styles shifted through time. But they also say something about the many kinds of people who wear them—how their stories are diverse and particular, even as the textile itself remains timeless, no matter how cuts change.

This isn't something many other big-banner jeans brands can exploit, because they simply weren't around for it. And while we're hardly suggesting Lee's used its brand longevity to its fullest potential here (Levi's wears that crown decisively, if a bit lazily), something of the brand nonetheless hums along through the textile's history.

It would be cool to learn more about that. Maybe next time.