Why Losing My Dream Job Was Exactly What I Needed

Lessons from an implosion I never saw coming 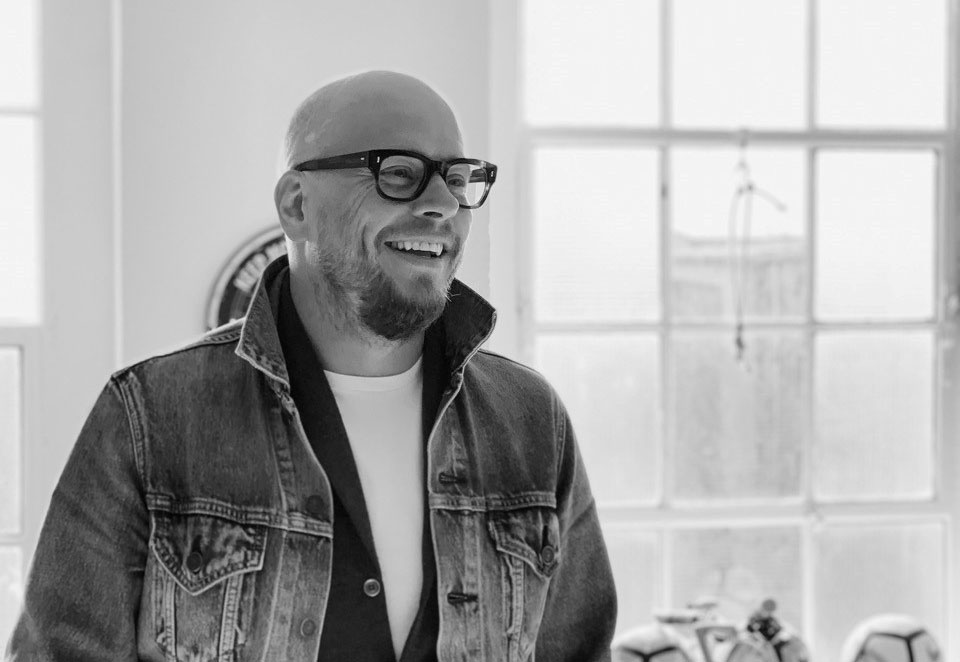 Five years ago, I was a year into my dream job as ECD of one of the hottest brand agencies in London. We'd just finished rebranding the Premier League and Deliveroo and had recently won the Champions League as a client. We were on a roll. Then, after a particularly long week, out of nowhere, over nothing, I found myself in the corner office, having a blazing row with my two bosses.

It was over something and nothing. And everything. Things were said that couldn't be unsaid, and an emergency conference call was scheduled for the three of us that Saturday afternoon. My entire life changed in that one moment. If you'd have asked me what my career plans where on the Thursday, I'd have said I'd be here for the next 10 years. I loved my team, loved the work and had found my home. Just 24 hours later, I realized that was it. I was done. There was only going to be one outcome. First thing Monday morning, I handed in my resignation on the condition that I leave that Friday. Done.

Friday rolled around and I quietly grabbed my stuff, murmured I wasn't one for big goodbyes, and walked out the door for good, heading off to see Massive Attack in Hyde Park, get smashed and contemplate my future, which at that point looked pretty bleak. I was 37, utterly unemployable (turns out I have issues with authority), and jobless for the first time since I was 13 before starting my first job on a milk float. I had no idea what I was going to do.

I certainly didn't think this would turn out to be one of the best things that ever happened to me.

I've had many friends who had set up awesome agencies. I watched my wife become the first female partner of Pentagram London, and go on and be a true inspiration, creating work of Pentagram quality but so clearly with her own voice and in her own way. It became clear to me that if you're good, the work comes—it's that simple. You have to back yourself. So I did.

I decided to keep things simple to start with. Maybe pick up some consultancy work and see where that took me, and I became busy quickly. Before long I'd graduated from the living room to a lovely co-working studio in Brick Lane and made my first hire. I didn't really know what this thing was, but I did know very early on that I didn't want to do it alone. I needed a yin to my yang. A partner in crime. And there was only one person.

Terry Stephens. Creative director at Moving Brands and one of the nicest, most honest people you'll ever meet. Thoughtful, rigorous, professional. Perfect. Now, just the small matter of prising him away from a great career to come design flyers with me and Will in a studio the size of a Vauxhall Corsa. So I waited for the right moment to make my pitch—at 1 a.m. on the second night of his stag do, slightly worse for wear. And to my complete and utter shock, he said yes.

One of the very first things we agreed together was that whilst we knew it was going to be tough, we were going to enjoy the ride, whatever happened. So we immediately rolled the dice on a pitch in California, flying out on Terry's AmEx, sharing a room, eating In-N-Out and praying we won. Luckily we did. And that was the beginning of Nomad.

You have to take risks. There is no rule book. You only have your gut. So if it feels right, do it and move on. That's how we grew. That and building genuine relationships with our clients. Above and beyond. We're here for them. We've designed wedding invites, dressed senior execs, helped with house moves, found schools for their children, and always tried to do the best work possible.

We all need a little push. Sometimes you need a kick up the ass to follow your heart. I would have never in a million years had the courage to start my own agency. No way. Only by reaching the end of the track make me do it. I look back on this as a defining moment in my life. I'm ugly enough to take my fair share of the blame for what happened. I'm also genuinely grateful that my bosses acted the way they did. Without them, there would be no Nomad.

I've learned more about myself though failure than I have from any of my wins. I've learned it's OK to be rubbish at things. And it's good to focus your time on what you truly enjoy. And most important, treat people the way you want to be treated. And for this, we have an incredible team who run through brick walls every day for our clients.

Everything we don't know is scary. But as with most things where you have no idea what you're doing, you start small, you pick up a client here and a job there. You go from living room, to co-working space, to your own studio, to being a proper agency with great clients and a team of people you love working with, creating work you're immensely proud of and putting it out into the world. It's hard work, it's really hard. It never stops. But it's yours.