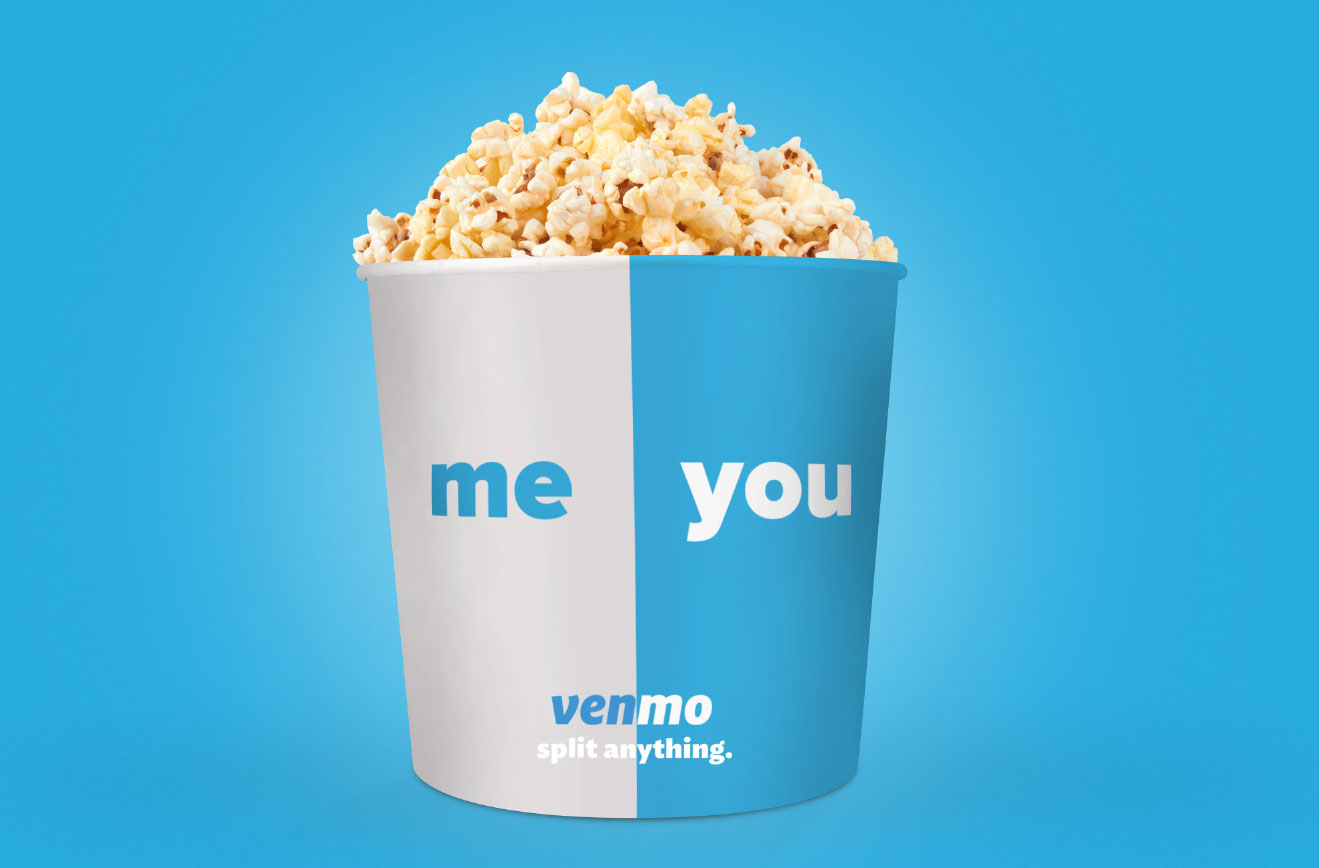 If you take the time to cut through the clutter on LinkedIn, you'll usually find something interesting and worth reading. It's how I came across a series of post from NYC-based agency Walrus.

Dubbed "Dead Ideas That Never Made It Into the World," every few weeks the agency posts a series of rejected creative and brief recollections of why something didn't make the cut.

One rejected campaign that grabbed my attention, because it looked like a winner in my mind, was for Venmo. With the tagline "Split Everything," actual stuff like popcorn, a bottle of wine, a cab ride or Chinese takeout was split down the middle, or in thirds. "If you can share it, Venmo can split it," added an outdoor mockup.

Another post highlighted work for the HBO series 12 Miles of Bad Road, which never made it past the pilot episode.

LinkedIn posts typically celebrate wins and promotions, so celebrating failure stood out to me, because failure or rejection doesn't necessarily signal the end of the world. Semisonic had a famous hit reminding us that "every new beginning comes from some other beginning's end."

We caught up with Deacon Webster, chief creative officer at Walrus, to learn how this series of rejected ideas came about, the good that came from a dead idea, and the reasoning why Vemno was a no-no.

Muse: Where did the idea come from to start posting these dead ideas?

Deacon Webster: It's not exactly entertaining to scroll through LinkedIn and see post after post showcasing people's latest achievements. We'd never let a client get away with doing something so self-serving, so we had to hold ourselves to the same standards. We wanted something people might actually enjoy looking at while still giving them a sense of how we think as an agency, and quickly realized we have drawers full of that stuff in the form of dead ideas.

We still love a lot of this work. I think every agency has piles of these, but they never share them. Maybe it's because they may want to try and recycle them, or because they reveal some fundamental weakness since it's an admission that the agency doesn't always do things perfectly. It's scary to share your secrets.

Were these already clients of yours, or were these made during pitches?

It's a mix. Spirit and Venmo were pitches, but Inkos, Staples, HBO and General Mills were already clients. All of these were from our first-round presentations, which isn't surprising. That's usually where the purest creative ideas are shown. After that, it usually gets worked over. If I had one piece of advice to give to clients looking to do standout work, it would be to buy an idea from the first presentation. It's where the gold is.

For Venmo, for example, what was the client's feedback/reasoning for not moving forward with the idea?

Ultimately the client felt that the idea represented only a fraction of what people can do with Venmo. It's not just about splitting stuff. You can pay a plumber with it, you can use it to pay merchants directly, etc. It's a valid point, of course, but sometimes you need to be reductive to be remembered.

Did anything good/positive come from a dead idea?

We didn't win Venmo, but it led to a meeting with PayPal [which owns Venmo], who ended up bringing us on for a long-term relationship.

Is there a dead idea you haven't shared yet that you can share with us?

Sure. Here's one from Amazon Kindle. This was work that won us the pitch. It was for the then-top-secret Kindle Fire, which was Amazon's entry into the tablet category. The idea behind the campaign was that while Amazon may not have had Apple's industrial design chops, it did have the world's best recommendation engine and an incredible amount of content across books, music and movies, all of which were consumable on the Kindle Fire. The ads themselves acted as demos, connecting the media channel to related Kindle content. Fun note—the Fire was so secret that we had no idea what it looked like for months. We had to use an e-reader as a stand-in.