When You Do Great Work, and Lose

Lessons from a client that got away

The most nerve-wracking event for any new business, especially in the service business, is getting your first client. It seems like an impossible task. You don't even really know how to go about it at first. Yes, you believe in yourself; yes, you have the experience; yes, you have the passion to do a better job than anyone else in the world. But you still have to convince your first prospective client to choose you. Such is the anxiety that you never really think about the opposite—losing a client. And that's where the real lessons are learned.

We had an experience about 12 months into building Circus Maximus that was a real rollercoaster of emotions. We were invited to pitch a client whose name was already familiar to us and was making a lot of headlines in the press with lofty ambitions and audacious claims from their founder. They'd raised nearly a billion dollars, so the scrutiny of Madison Avenue as well as Silicon Valley was focused squarely on them, and in turn, on us, to deliver some attention-getting work. Compounding the pressure was the sense that if we nailed it, there would be plenty more work to do in the future. But if we whiffed it, everyone would see, and likely that could be the end of the relationship—and possibly the agency. We won a small pitch from them and were quietly super optimistic about how it could alter our fortunes.

Over the next six weeks, we created and produced a piece of work we felt really good about. They were excited. There were high fives. Then right before launch, something happened. They went dark. They had hired a new CMO, and all the conversations we'd had about creating a splashy TV campaign on the heels of this first campaign just dried up. To make matters worse, all we heard from them was that the work we had created might not ever see the light of day. The new CMO wasn't sure about it.

We got lucky, though; the client team really liked the work and lobbied for it. It ran, and was a big success. However, we never spoke with the new CMO. She brought in an agency she had worked with previously and never even considered us, despite the fact we'd won a pitch run by the CEO, and that we had produced this fun campaign, which had performed really well.

So, what's the lesson? There were multiple. The first lesson is the hardest to digest because it always feels so arbitrary. I'll paraphrase the great Captain Picard from Star Trek: The Next Generation: "You can commit no errors and still lose. That is not a weakness, that is life." It's true. And it sucks. You can relive the scenario and ponder what you would have done differently, or ooh, if you'd only done that, maybe this wouldn't have happened. But that's a useless game to play. Sometimes you do everything it takes to win, and you lose.

The next lesson is to do the best work you can do without expectation. The only thing you can control is your effort and enthusiasm, not the response or result. We live in a wild world of advertising, where the business is changing daily. I see agency reviews where incumbents have performed heroically, and for that effort, they're being thanked with the request to repitch the business and take a lower fee. You can't expect a certain result; you just never know what's gonna happen.

And the final lesson is, you gotta do it again tomorrow with the same level of excitement and enthusiasm, because that's what got you to the show in the first place. 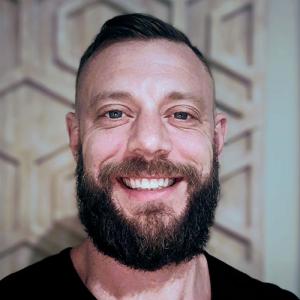