What I learned from the deepest disappointment

I remember the exact moment the idea hit me like an anvil.

After weeks of writing decent scripts that would've worked just fine, suddenly the answer was so obvious and clear, the script took all of five minutes to put on paper. I began typing in such a stream of consciousness, it felt like no time at all had passed between "OPEN ON" and "CUT TO END CARD."

The moment my partner and I fired off the email to our CCO, we knew it was in the bag. What felt simultaneously like seconds and hours later, our boss flew around the corner into our makeshift office (a tucked away corner where the printer once stood). From the look on his face, we knew he agreed—there was no way this thing wasn't getting made.

It was charming. It was funny. It was a massive social commentary that I was willing to bet Wolf Blitzer himself would wax on about on the evening news. It even had cute animals, for crying out loud. It was absolutely perfect.

You see, the piece of work I'm most proud of will sit in a can forever. Though that's hardly something to be proud of.

Perhaps I should say, the piece of work I was most proud of creating is now the one I'm most disheartened we couldn't save.

Just because you believe in an idea doesn't mean your client believes in it too, even if they buy it. I learned that lesson the hard way.

It began like any other pitch. An entertainment platform came to us looking for a brand campaign. They wanted to stand for something. Our team absolutely crushed the strategy—and believe me, I can be as cynical as the next creative about strategy. From the brand perspective, it was one of those airtight, throw-it-down-10-flights-of-stairs-and-it-won't-have-a-scratch-on-it kinds of strategies. From a creative perspective, it was a universal truth, eat-your-heart-out-John-Lewis dream to write to.

The client was ecstatic. We were ecstatic. There was so much smiling, nodding and back-slapping in the room, you'd have thought it was Wall Street in the '80s.

Then came time for the creative. Selling through the script wasn't the problem, nor was getting them to sign on the dotted line. We flew a dozen people halfway around the world, shot with my dream director, poured millions of dollars and countless hours into getting the thing ready for Super Bowl Sunday. Oh, right. Just to twist the knife a bit deeper, our pièce de résistance was intended to debut on the biggest stage in history.

So where did it go wrong? I wish I could pinpoint the moment where it all went south, or tell you there was one clear-cut mistake. That some critical email got lost in cyberspace, or that we'd served the wrong flavor of hummus to the CMO at lunch.

But life doesn't work that way. And neither does advertising.

If I've taken anything away from the experience, it's simply this: Listen to your clients. This may seem like a "No shit, Sherlock" to you. But really, listen. Listen to what they say to you, and listen harder to what they say to each other. Listen in the room, but listen harder outside the room. Listen to the tone and tenor of their voice. The context. The subtext. The sub-subtext. And if you sense any doubt in them, be prepared to defend your work if it's something your team truly believes in.

I think we take for granted that every time an agency takes a risk, the client takes a much greater one. After all, it's their brand, their reputation and their jobs at stake. Sure, we might refer to them as "The Client" like they're the all-powerful Oz, but they're actually just real people doing a job with real bosses to answer to.

Every interaction I have with any client now, I treat with utmost attention and importance. The more my team and I listen, the more open and honest our clients become, which only furthers our understanding of their needs, and thus strengthens our relationships.

So hopefully, I'll never have to listen to those fateful words again: "We're running a show promo instead." 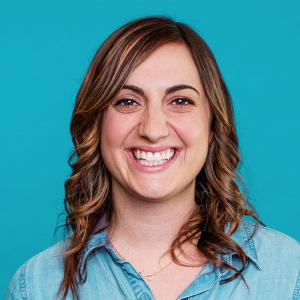